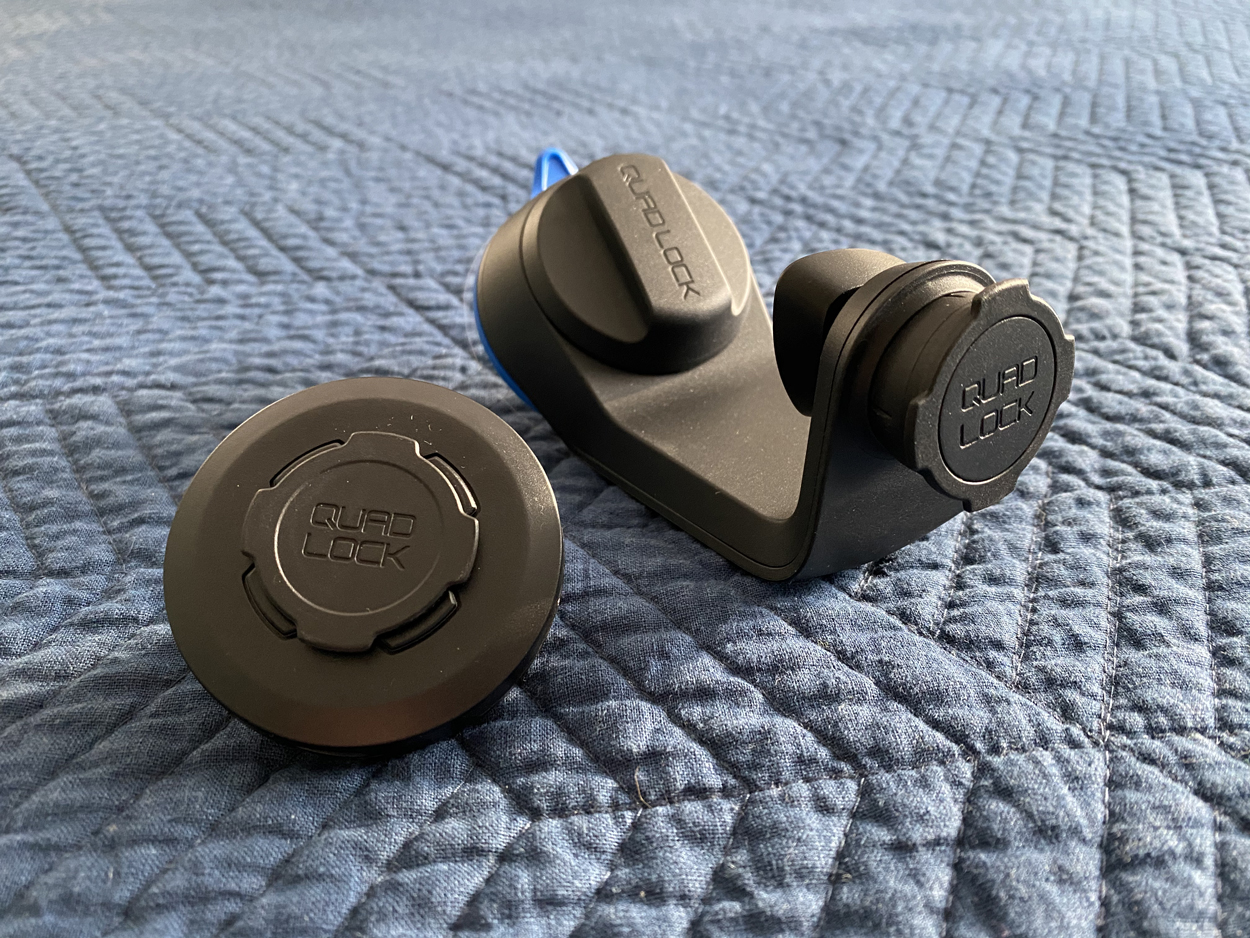 For the past few months, I’ve been passively in the market for a phone dock to run in our 4Runner.

That weird rectangular pocket to the right of the shifter just wasn’t cutting it. It’s not bad on highways, but I have a pretty thin iPhone 11 Pro and that rectangular pocket is just too big for a phone to sit inside securely. Even worse, it bounces around so much on the trails that I just keep it in my pocket. That naturally makes it a pain if I want to take pictures or (safely) respond to a text. So, I needed a better solution making the phone locked in place but easily accessible.

A few months back, I upgraded the head unit in our 4Runner to the Alpine Halo 9. I’m a fan of the screen size, but it doesn’t offer any wireless Apple CarPlay options. I’m also not a fan of dangling wires and lightning cables. So, I was able to add a wireless CarPlay adapter to eliminate that problem, but charging my iPhone while driving was still an outstanding issue for me (hence why I was in the market for a phone dock).

Over the past few months, I’ve noticed that my personal Instagram feed has been flooded with posts about a company called QuadLock.

A lot of these friends are cyclists, ride motorcycles, and obviously, take their trucks off the grid and wheel down bumpy roads. With each login and scroll through my feed, I became more and more fascinated that something as simple as a phone dock could garner so much attention. So, what makes this one so special, better than the rest, and why is everyone buying in? 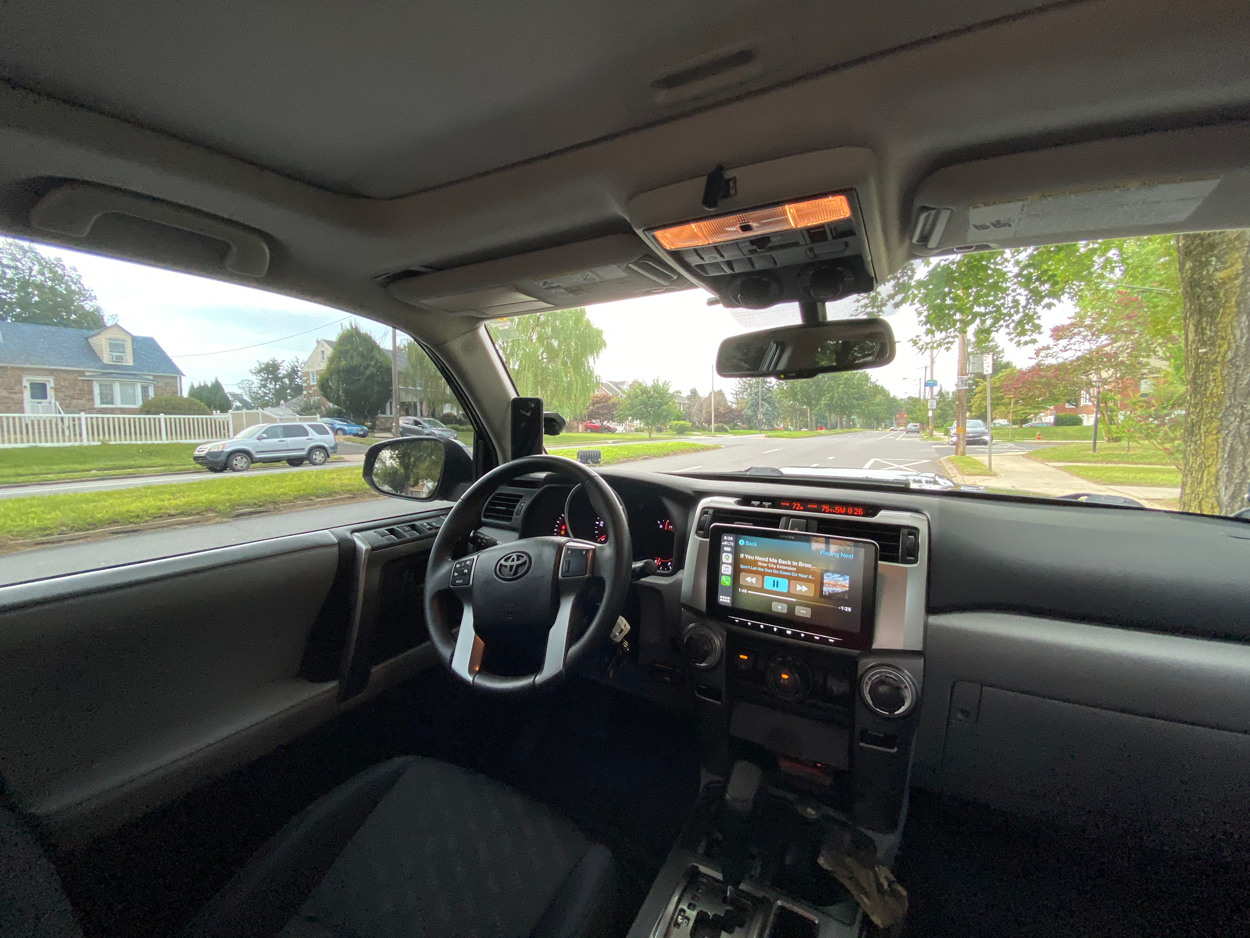 There are lots of phone mounts on the market (like Scosche and RAM® Mounts), but I had a few requirements when buying one:

While I truly have nothing against them, I didn’t want to have to get the Expedition Essentials Mount or the ICS Fabrication Dash Mount just to add a phone dock. My Halo 9 is large enough as is, so I just don’t want to clutter the center of the cockpit up any more than I have to.

For those of you that have, it looks great but I’m just way too OCD for those kinds of solutions! So, I landed on QuadLock and below are some of the reasons why… 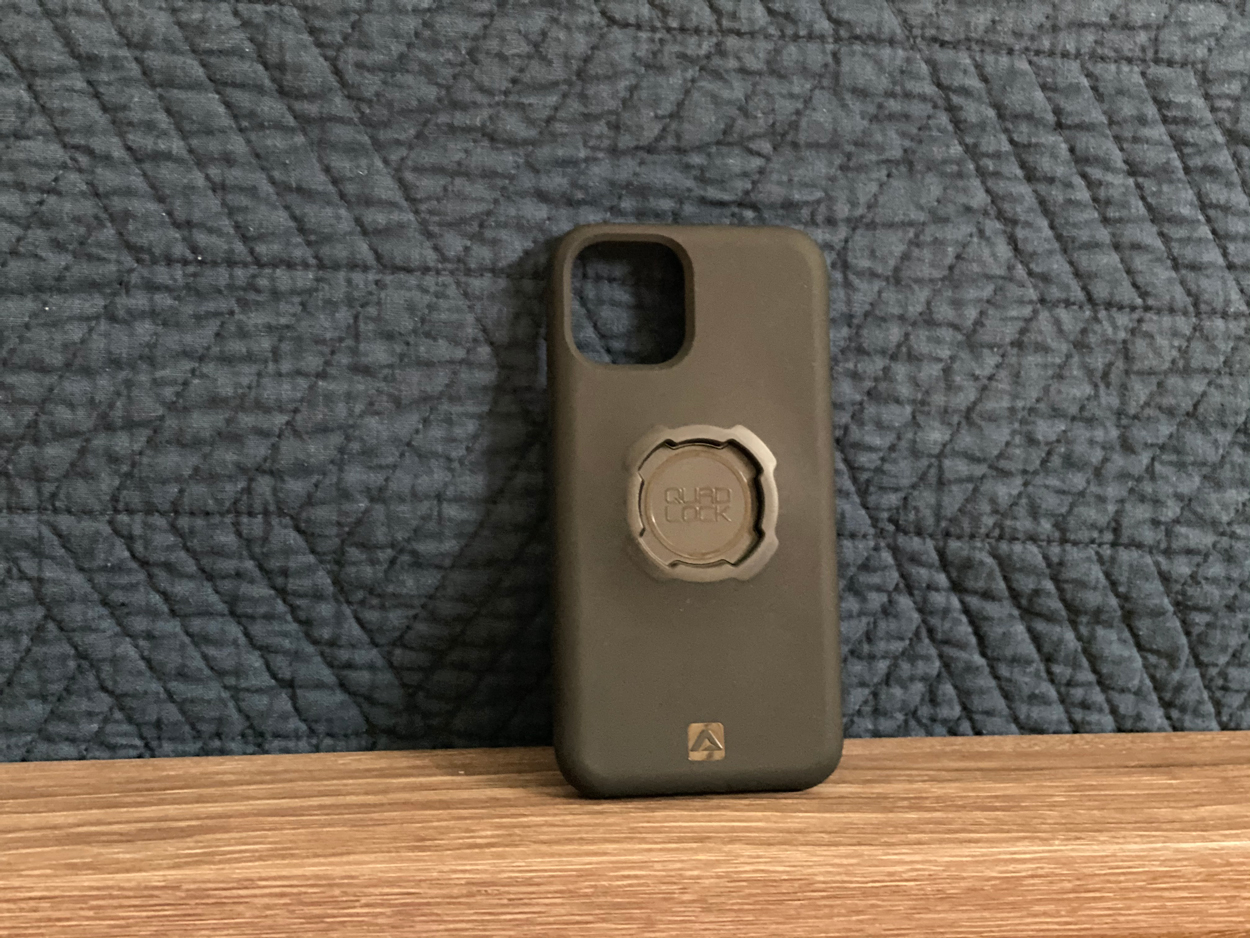 The way the QuadLock case “system” works is, you need to use one of their cases with the locking interface on the back. I was a bit nervous because I’m pretty good with my phones between upgrades, rarely drop them, and I always buy shock-absorbing cases. However, QuadLock made all their cases with shock-absorbing shells, a microfiber liner on the inside and “composite construction” (i.e., the case is made of two different materials and they act in unison together making them stronger).

Besides the materials, the locking interface allows the case to work on their desktop mounts, motorcycle mounts, etc. My brother is a perfect example; he takes his QuadLock case/phone with him on his motorcycle and can just as easily throw it on the dash of his car with his QuadLock car mount. So, win-win. On top of that, the case is slim vs. other mount cases out there that can be quite thick. 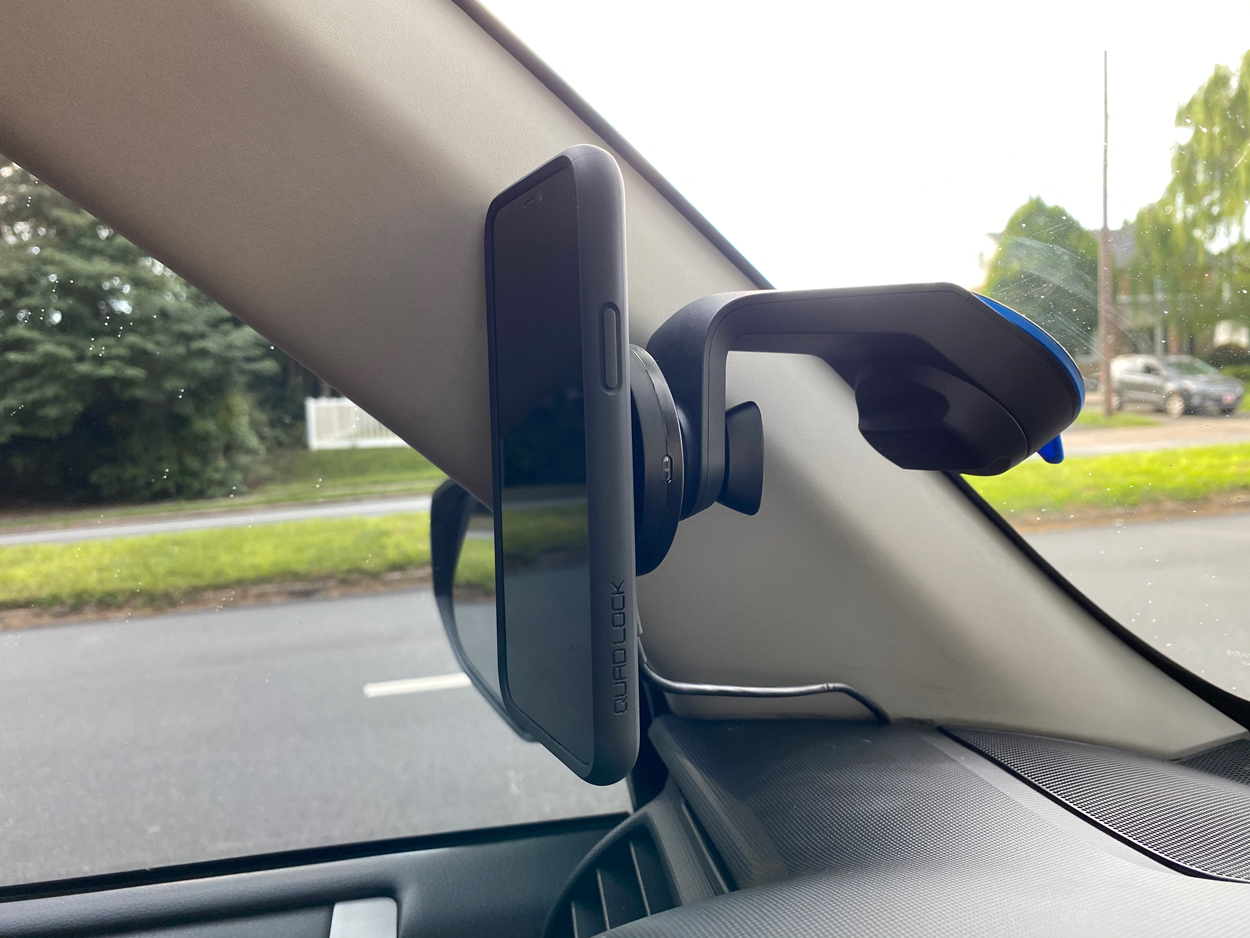 The last thing I wanted was a suction-cup solution that would inevitably fall off in extreme temperatures or worse, on the trails.

QuadLock created a patented “dual-stage” lock, so the phone won’t shake off the mount. Even better, the suction cup is “cam actioned”, meaning it suction cups onto the windshield or dash and with the added lever, applies even more suction pressure.

I actually tossed a tennis ball at it a few times to simulate a heavy trail slam (real sciency-stuff) and it wouldn’t break away. 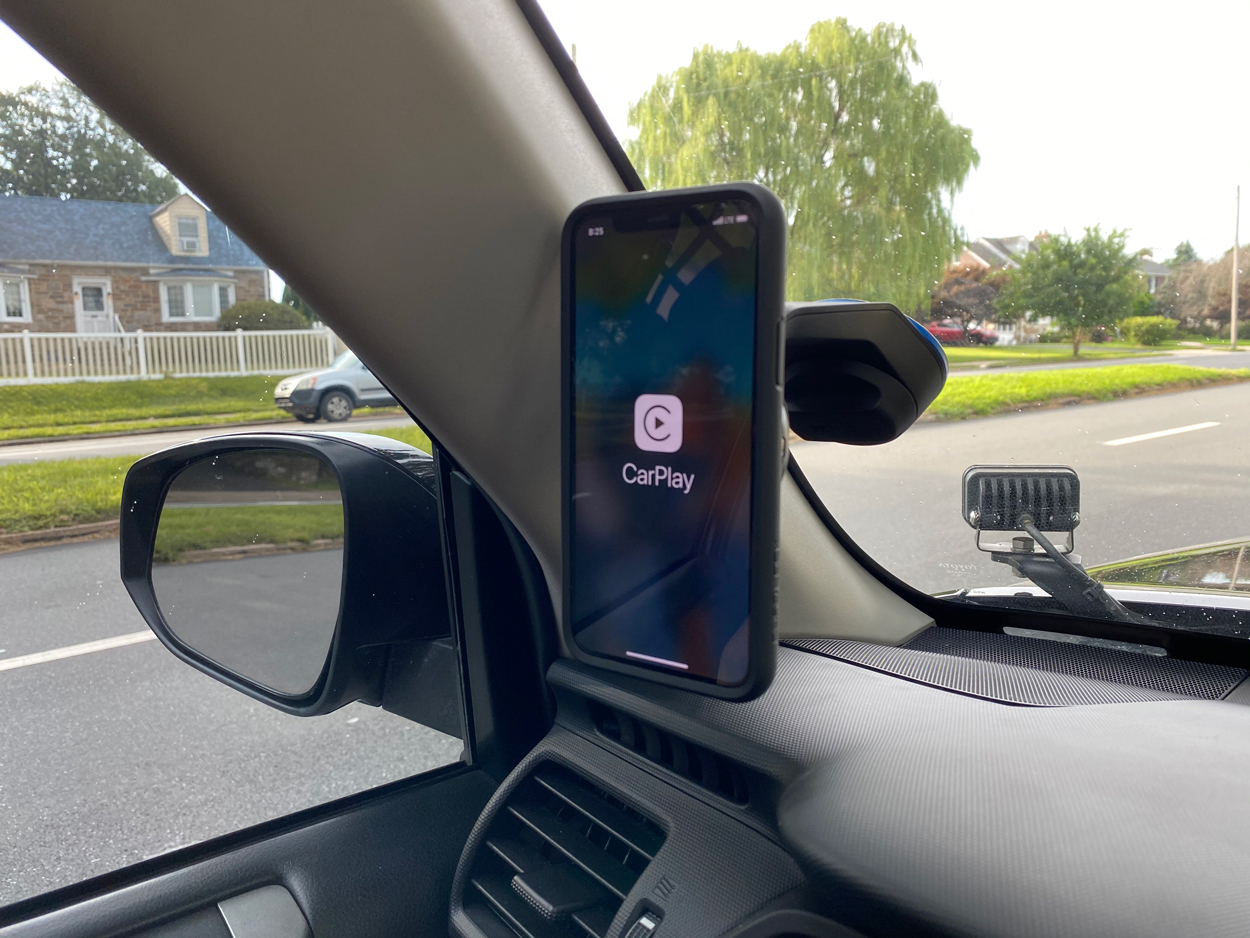 At first, it felt like the process to dock and undock wasn’t as smooth of an operation as they had advertised. After maybe 3 or 4 docks and undocks, things loosened up a bit and now it’s literally a quick, one-handed process.

My assumption is that since the locking interface is so narrow, it just needed to loosen up and find its position. So, no issues here. 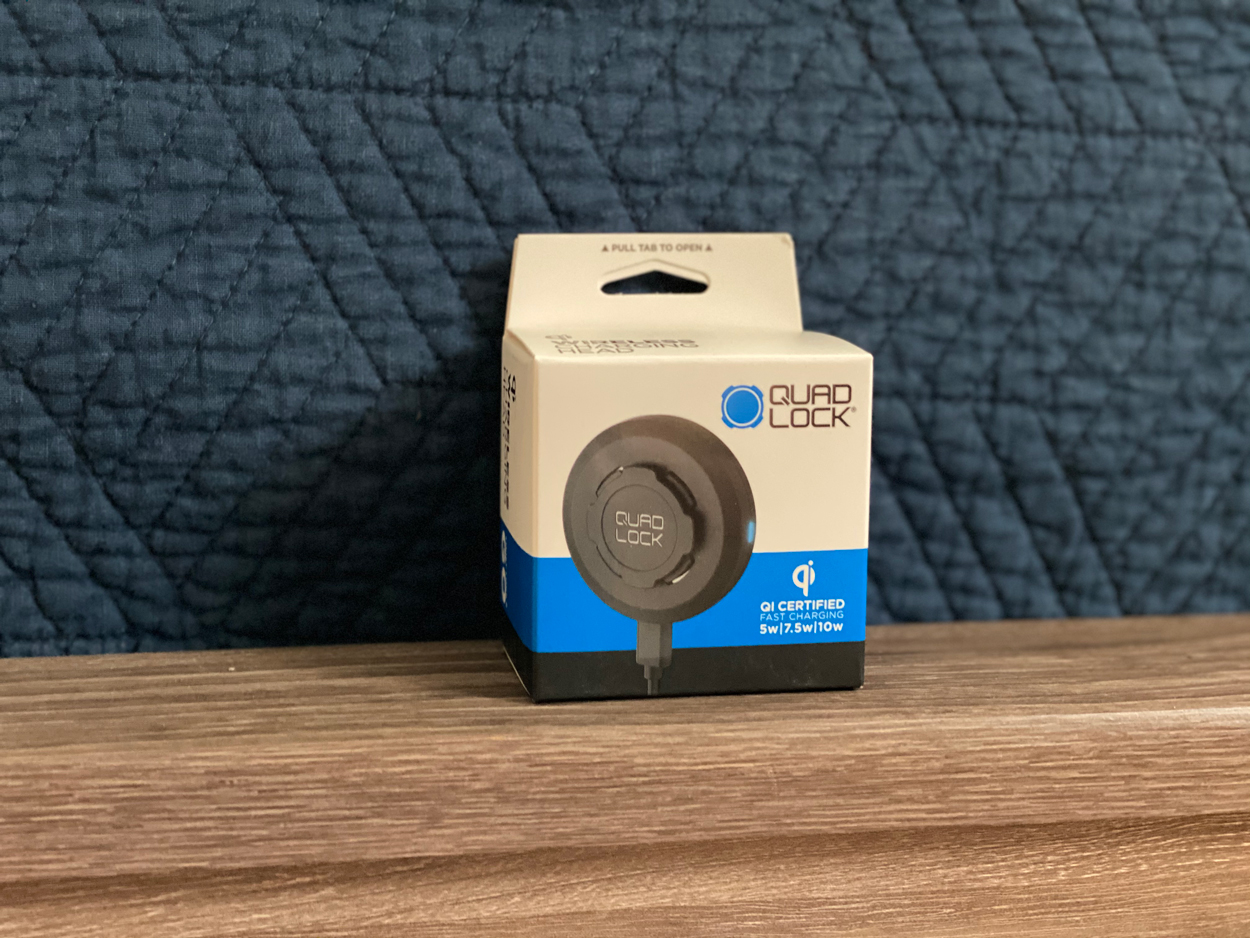 The QuadLock Car Kit system comes with a phone case of your choice, covering most Apple, Samsung, Google and even Huawei smartphones, and the mounting arm.

It comes with a 1M USB-C to USB-A cable (roughly 3-feet) and has LED indicators to show when it’s receiving power (blue) and when your phone is secured and charging (green). The LED lights can be switched off and the charging speed is said to be 2x’s faster than traditional wireless chargers. 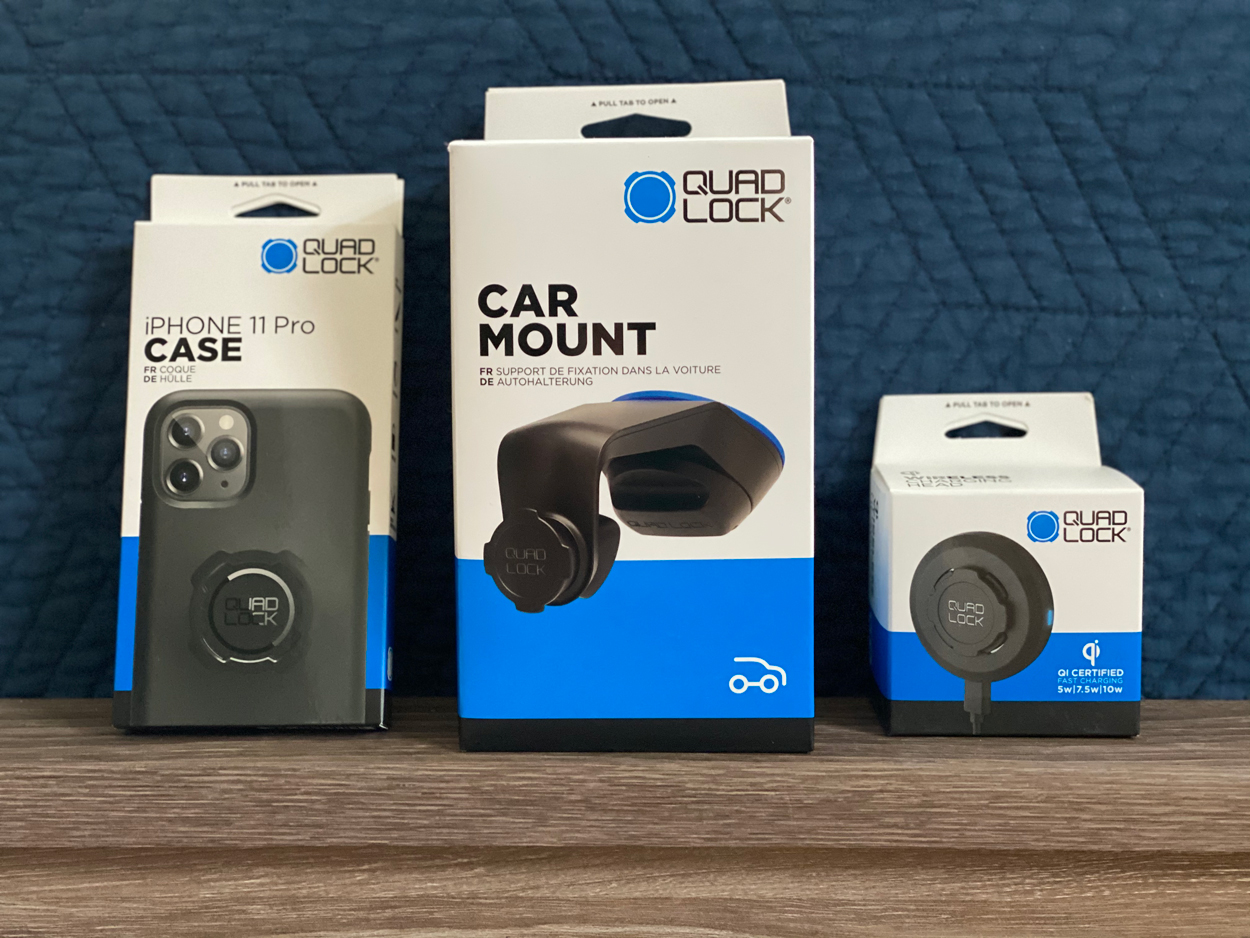 I’ve been running the QuadLock Car Kit for about three weeks now and I have to say, it’s been wildly convenient.

The wireless charger does in fact appear to charge the phone faster than the old-fashioned lightning cable and even a cheaper Amazon charging dock I have. On one pretty rough trail day, the phone didn’t even come close to shaking free and where I positioned it (next to the driver’s side A-pillar), it doesn’t obstruct the view.

Since I’m such a wire tucking nut, I was able to fish the QuadLock wireless charging USB cable behind the dash to a power source pretty easily. So at this point, I can just hop in, quickly dock, and go.

The price varies depending on your configuration:

If you’re in the market for a clean and low-profile solution, you should absolutely consider the QuadLock Car Kit with the wireless charging head. 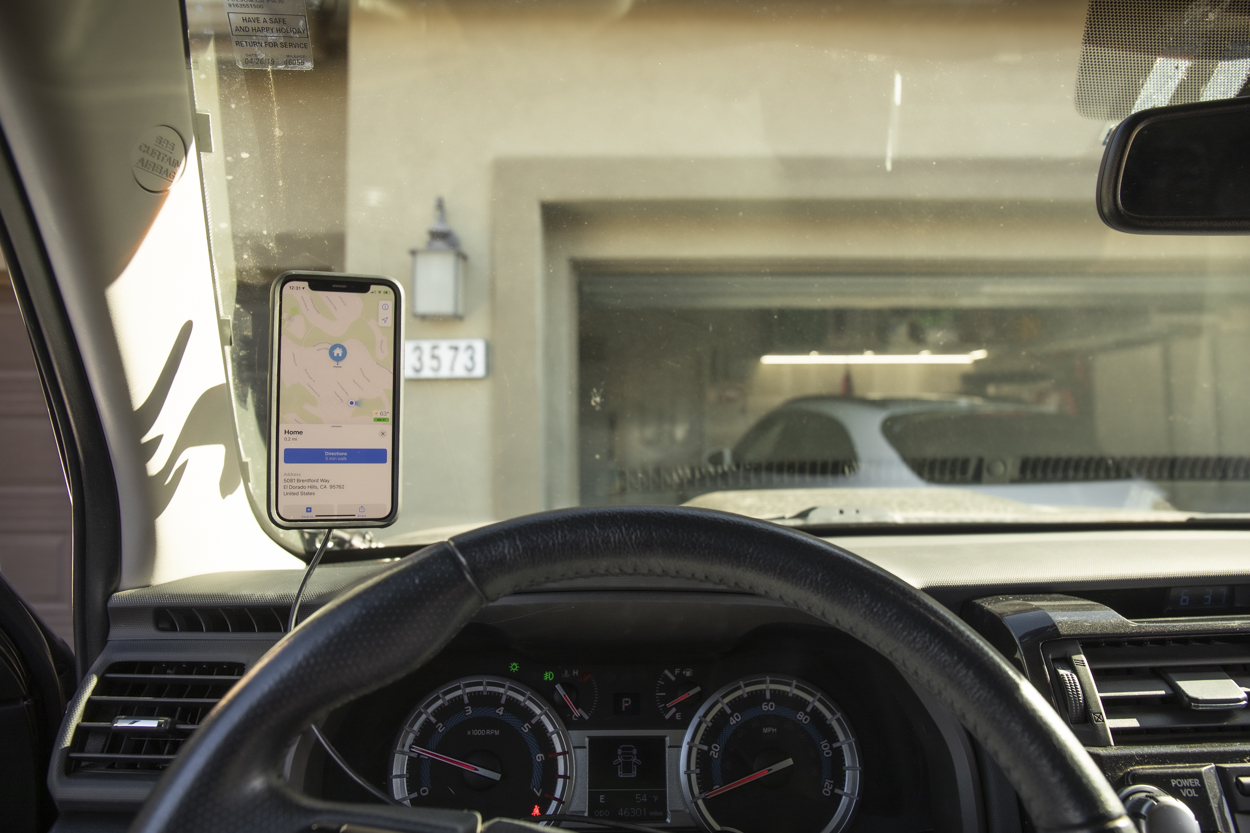 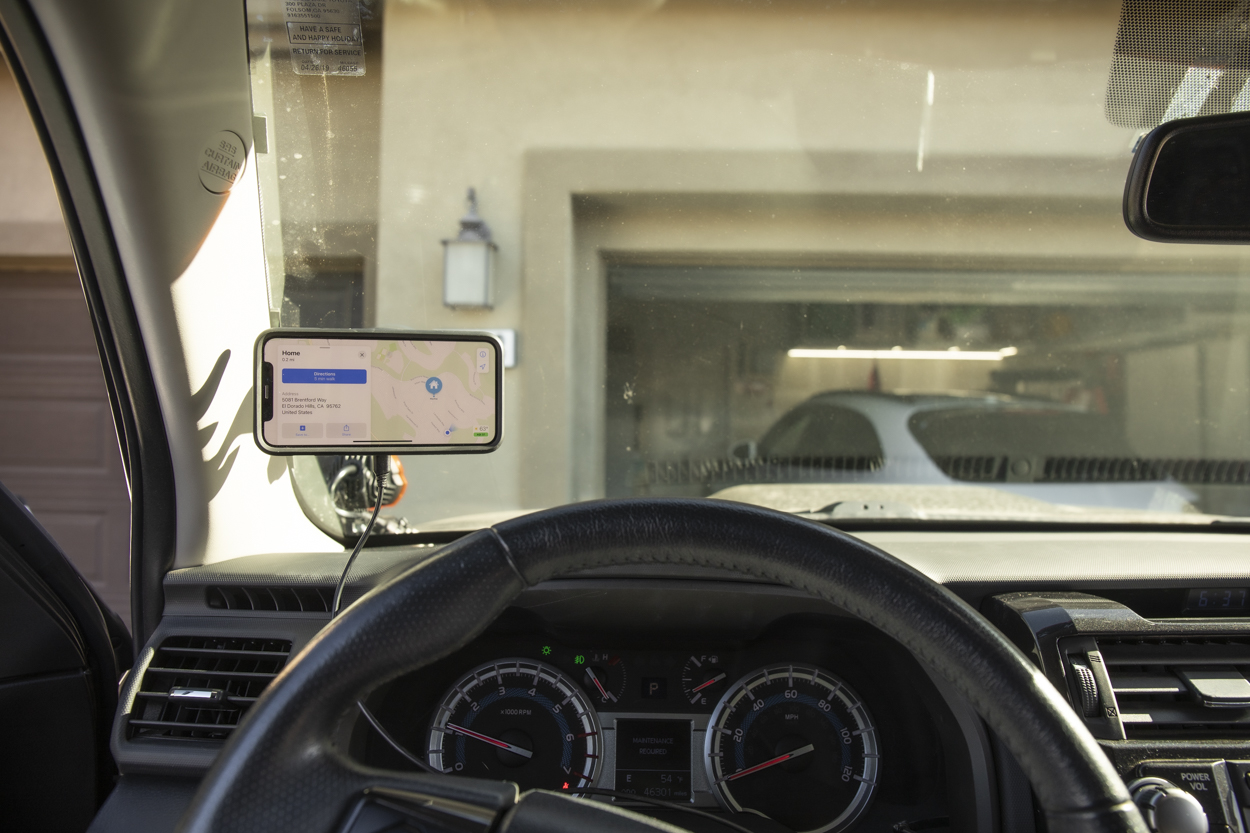 Ryan – did you consider that side airbag at all? I was considering this placement but a buddy cautioned me on the possibility of the airbag deployment and it launching the iPhone/holder. Hoping you have some insight.

Do you have any recommendations for a wireless Apple CarPlay adapter? I got the same setup 🙂

did you tap into fuse box or just get a longer cable. Would like to see more pictures on how you ran cable

Hey there. I did not tap into the fuse box. I used a USB extender and connected to the rear of our Alpine Halo9.

What do you think of the Alpine Halo 9 anyways?

I am a big fan. These work quite well, no frills. I do wish they made some color options. But, I actually run two on my dash – one for phone one for phone as music player/Pedal Commander controller. I also have the desktop stand for the office and a bike mount (for my old man gravel bike, still not proper on my race bike). Bottom line – they rule. I paired it with a Pro Clip vent mount.

Damn Bobby! You may be the reason why they’re in business with all those mounts! Agreed; color options would be nice. These mounts are hella durable, so glad you like (all) yours!