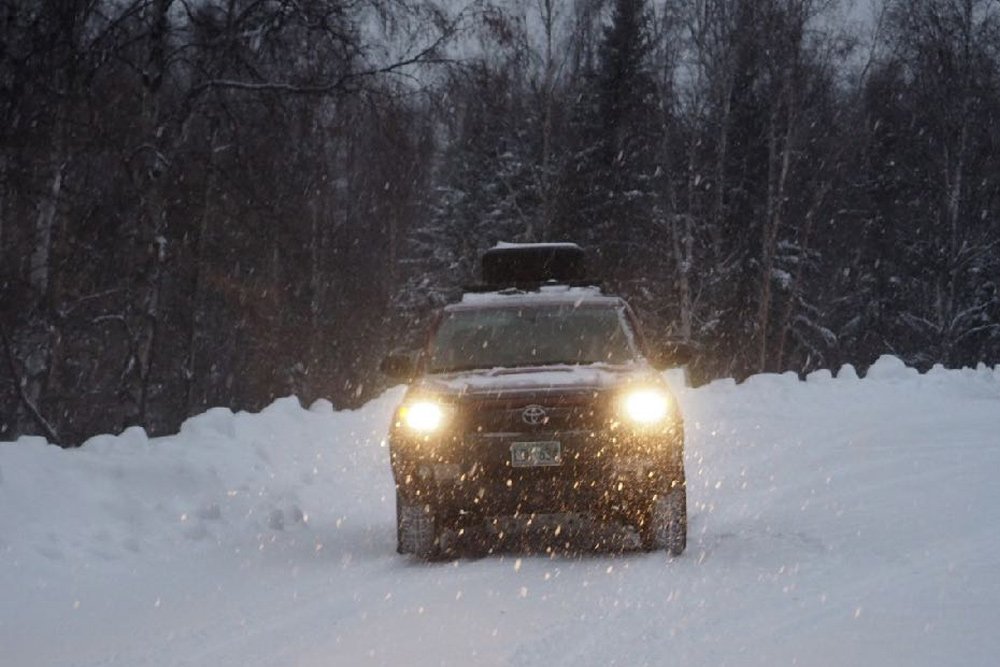 Winter Soldier: 7 Essentials For Living with a 5th Gen 4Runner and Preparing For Cold, Extreme Weather

As I write this, the thermometer outside my door reads a balmy -22 degrees Fahrenheit here in the hills on the western edge of Fairbanks. It’s cold out here. It’s also relatively warm when it wants to be.

Over the past few weeks, the temperature has dropped below -40 on multiple occasions and stayed there for days at a time. As hard as it is on the human body to be out in such conditions (without Arctic exploration level gear), the extreme cold takes an even greater toll on your car.

In my day job at an auto parts store, I’ve seen the casualties firsthand. Batteries and alternators die. Blower motors give out. Belts and hoses crack. Power steering lines split. Vehicles are simply not made to thrive in extremely cold conditions.

Fortunately, my 2013 4Runner soldiers on, making the daily commute into town without complaint (knock on wood). Much of that has to do with the vehicle’s quality construction, but a few adaptations have helped in this endeavor.

I have highlighted some hits and misses in cold weather vehicle preparation below. 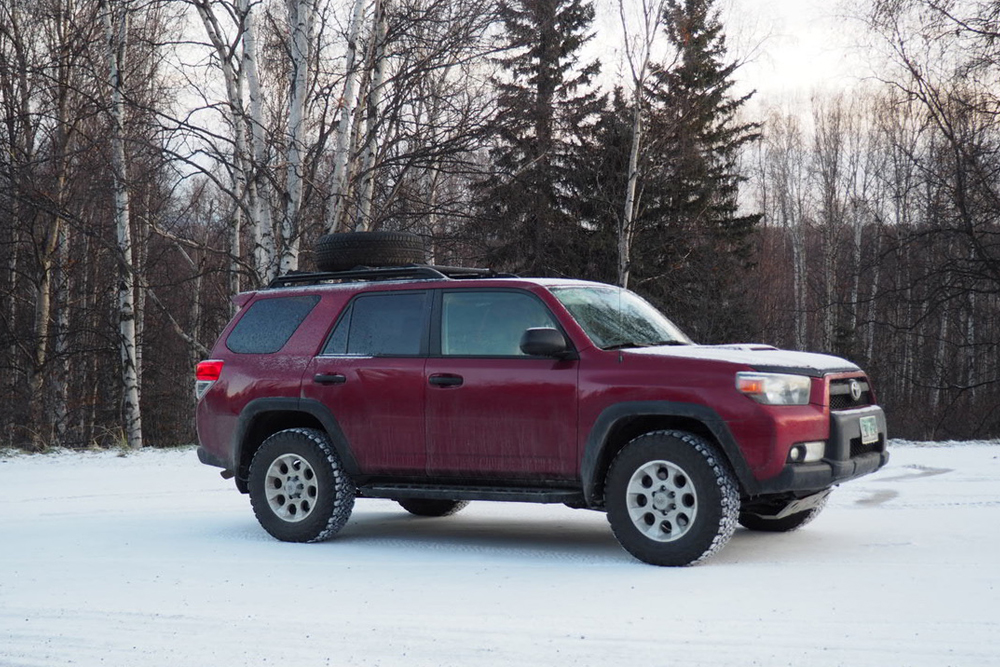 Not long after my arrival in Fairbanks, I took the 4Runner to Kendall Toyota for the 60,000-mile service. This included servicing:

The technician also inspected all belts and hoses. I have far less experience preparing vehicles for cold weather than a professional mechanic.

Having veteran eyes looking things over provided some much-needed peace of mind. 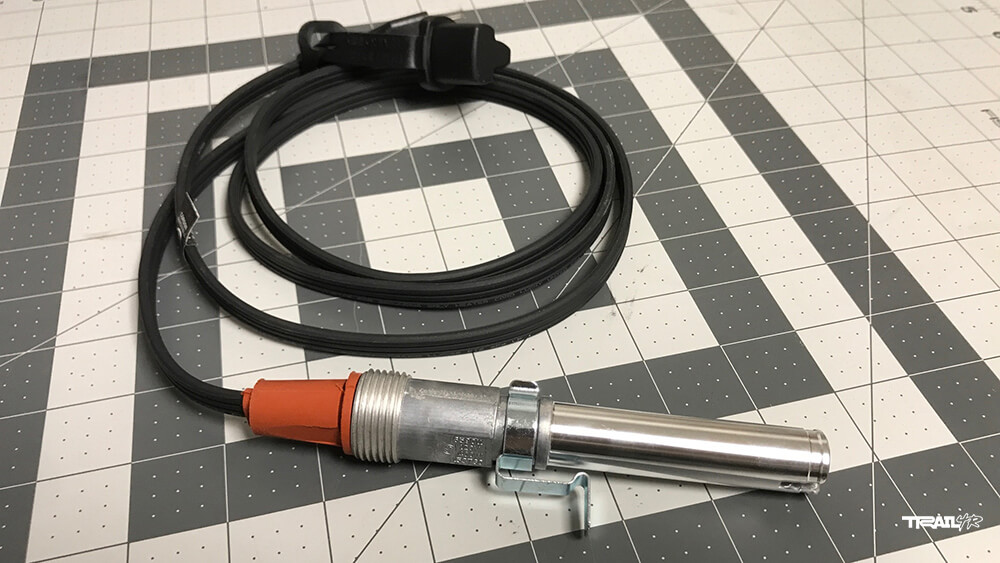 Prior to my move to Fairbanks, I installed an engine block heater from Zerostart (part 3100129).

They are currently almost impossible to find in Fairbanks. New inventory flies off the shelf as soon as it arrives.

Bryson Hicks wrote an excellent post on how to install this part, so I will simply second his recommendation for this modification. Engine block heaters provide several benefits. Warming engine oil and coolant means cold weather starts take less of a toll on the engine.

The vehicle warms up faster, which means less time idling, which helps to minimize lost mileage. The interior also reaches a comfortable temperature faster than without a block heater. 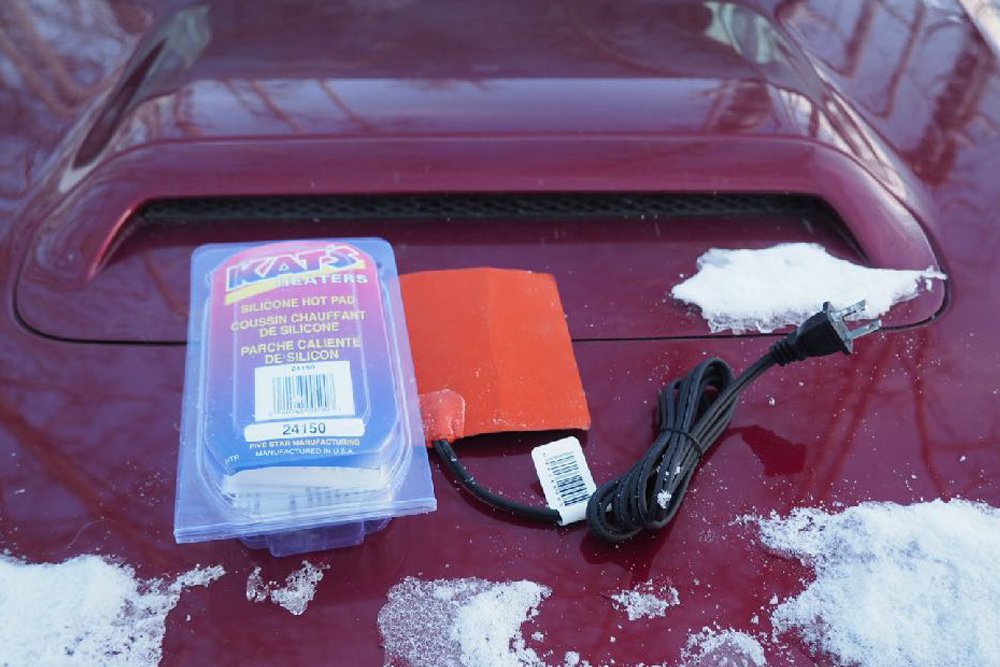 I also installed a KAT’s Heaters Silicone Heating Pad to the bottom of my transmission pan.

Much like the engine block heater, the purpose of a transmission pan heater is to keep the fluid inside warm, allowing for better shifting and performance in cold conditions.

Installation is simple—other than having to remove skid plates.

How To Install Silicone Heating Pad 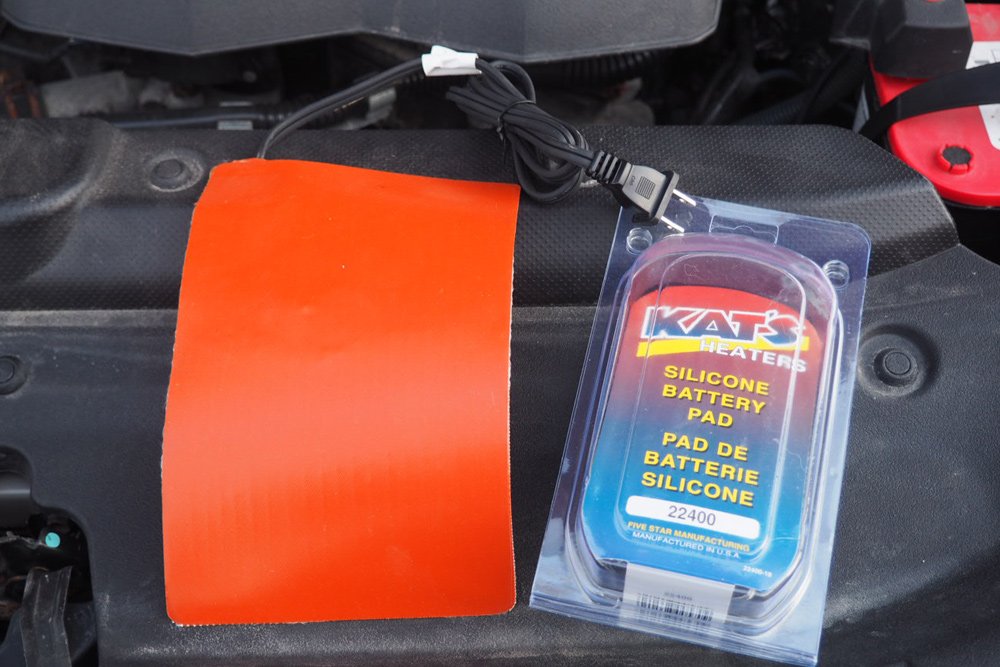 Silicone heating pads can also be applied to the engine oil pan as an alternative to an engine block heater. Several manufacturers also offer magnetic block heaters, but these might not be the best fit for an off-road-oriented vehicle. They require significantly more mounting space than an adhesive pad, and might not fit under skid plates. Also, they might not stay in place during offroad adventures. 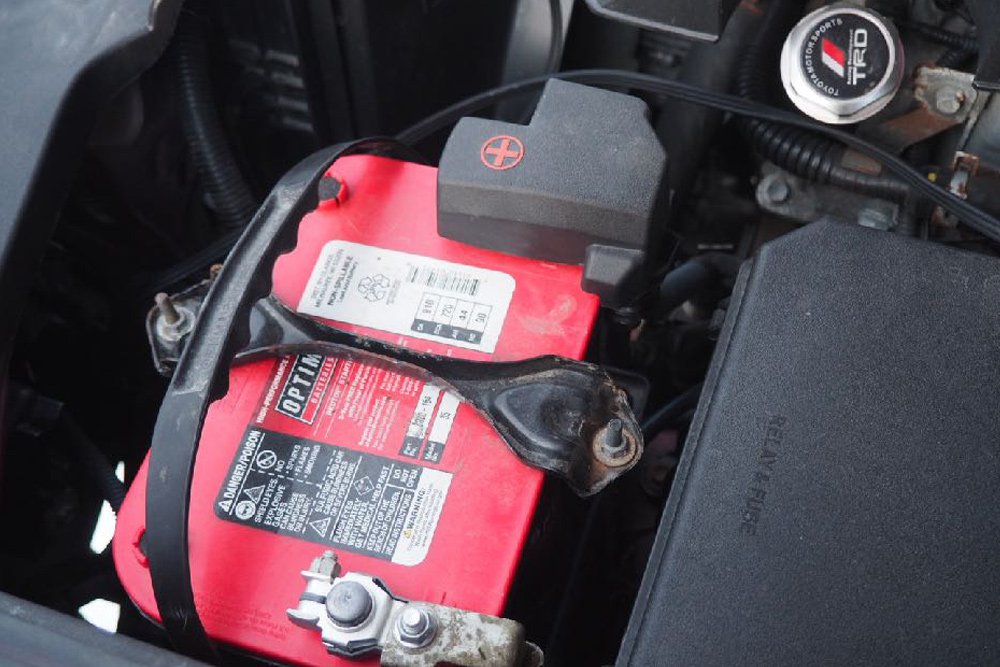 Another change I made prior to my arrival in Alaska was to upgrade the 4Runner’s battery.

The stock Toyota battery (made by Panasonic) was in great shape but offered a relatively paltry 530CCA. I opted instead for the Optima 35 series red top battery (OPT8020-164). The new battery boasts 720CCA and weighs just 32 pounds. The spiral cell design has a good reputation for durability, even in extreme cold. 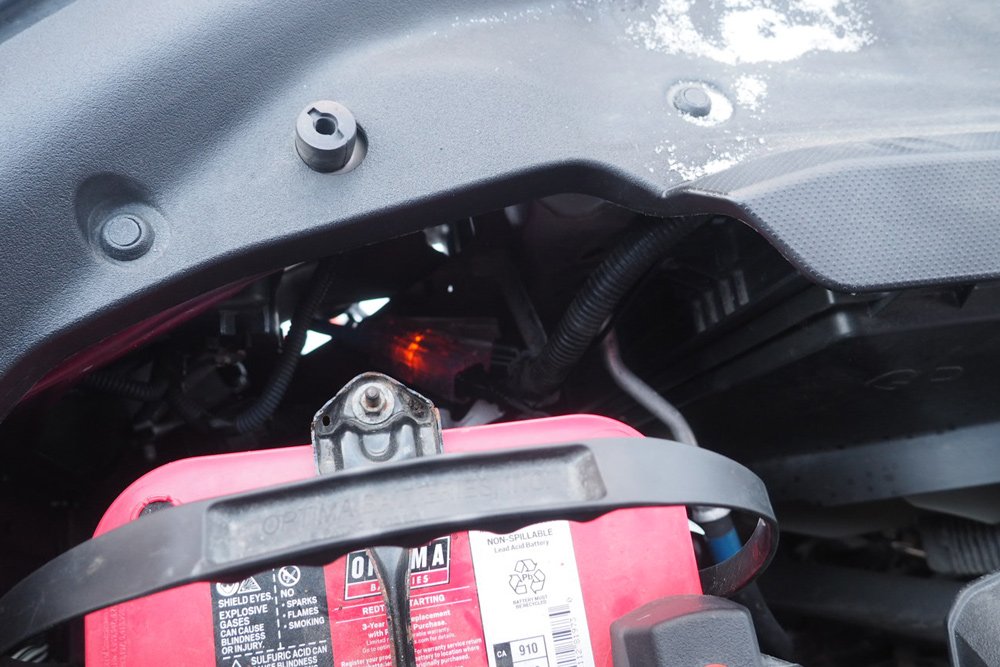 Thus far, the new battery has proven to be very reliable, starting without complaint on the coldest days. 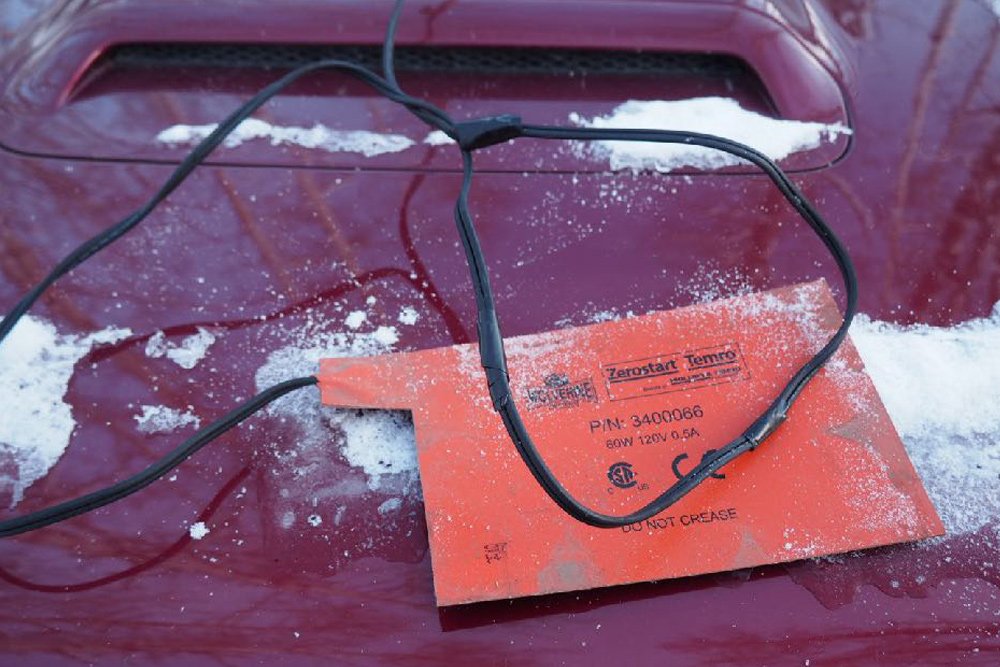 Part of the Optima’s cold-weather performance may be due to the battery warmer I installed.

Electronic activity diminishes as the temperature plummets, so keeping a battery warm is key to cold weather functionality. Similar to the transmission pan heater, the battery heater is a silicone pad.

However, the battery heater does not use adhesive. It simply rests under the battery and provides heat when plugged in. It also is rated for 60 Watts vs. 150 Watts for the transmission pan heater, which means it is safer for plastic battery housings.

The heater I installed was made by Zerostart.

It worked as expected for several weeks. However, when temperatures bottomed out a couple of weeks ago, it quit working altogether. When I removed it from the vehicle to test it, I noticed that the cord had incurred significant damage. At the apex of three bends in the rolled cord, the protective casing had broken through (in the photo, these spots are wrapped in electrical tape). I cannot say for certain what caused this, but it appears the cord just could not hold up to the extreme temperatures.

I recently replaced the failed Zerostart unit with one made by Kat’s (Part #22400). A battery maintainer has also proven helpful for keeping the battery topped off on cold days. 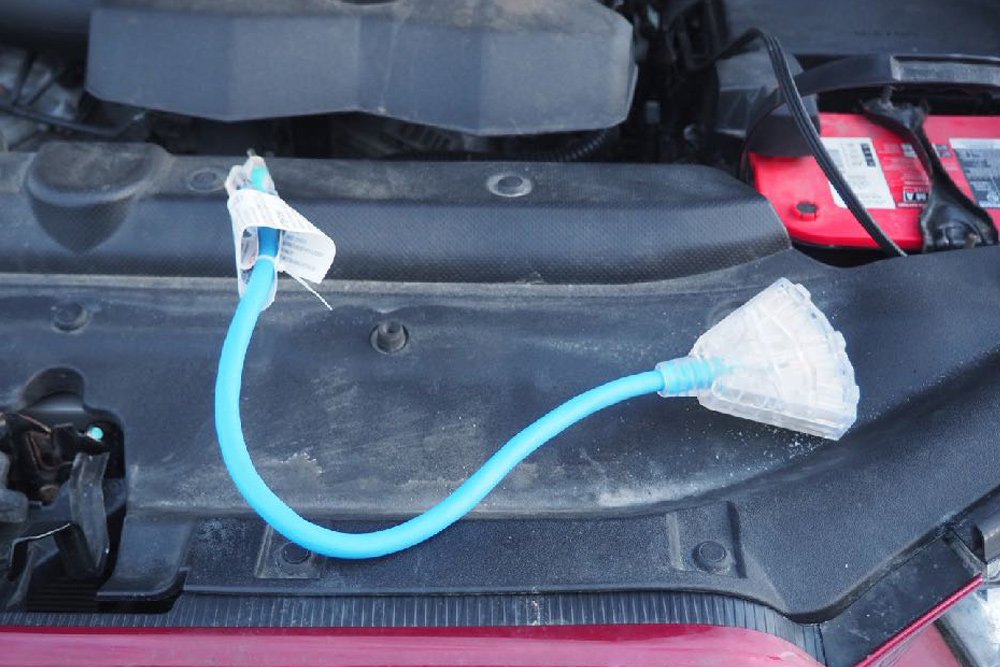 For those who’re keeping score, I now had three electrical heaters installed on the 4Runner. I needed an easy way to get power to all of them. This proved to be the easiest step to figure out. I plugged all three devices into a three plug extension cord from Bayco (part SL-9102).

This three-foot cord is rated for cold temperatures. The male end of the cord exits the front bumper near the driver’s side wheel well. I then use a longer cold weather extension cord to provide power to the heaters from either the cabin or one of the many electrical ports around Fairbanks. The clear ends of the cord light up when plugged in. 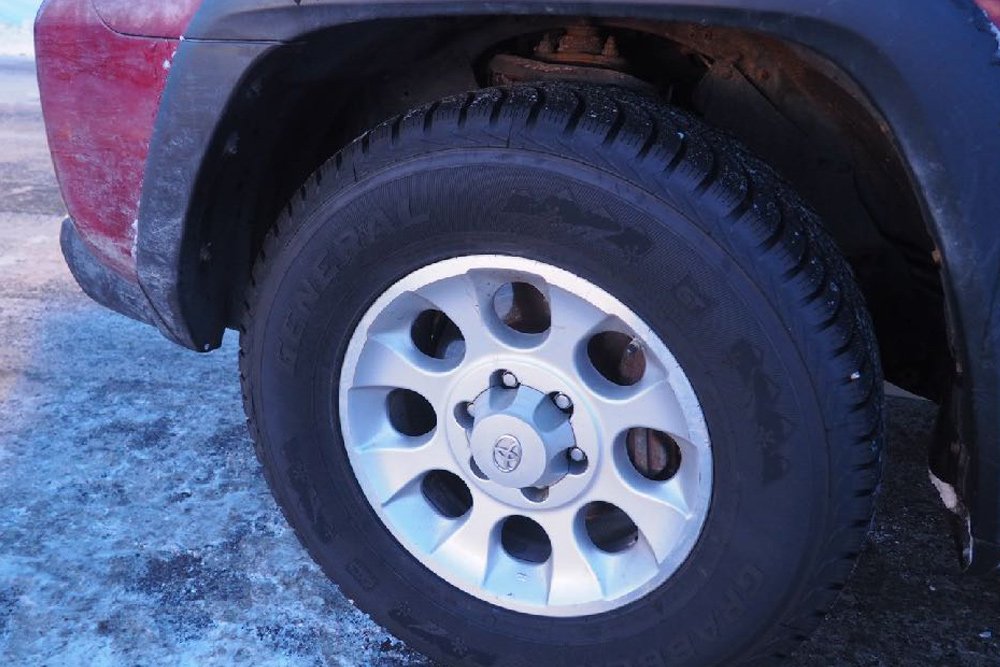 The final step in winterizing my 4Runner was a set of winter tires.

Pictured above is the General Grabber Arctic on my 5th Gen 4Runner.

I am writing a longer review of the tires I selected (General Grabber Arctic) and the reasons why I went them. Here, I will briefly state a few of the benefits I’ve seen with these tires versus the BF Goodrich KO2s I run the rest of the year. 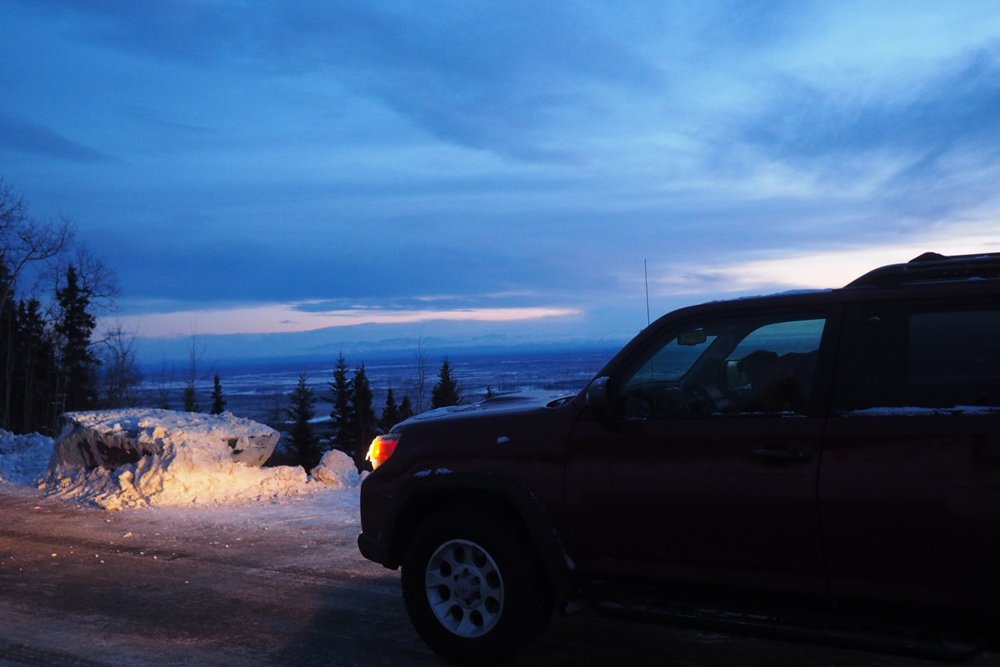 While the Arctics lack the off-roading chops of the KO2s, they handle the daily mess of winter roads in Fairbanks better to a significant degree. Acceleration, cornering,  turning, and braking are all more composed.

Since I’ve had them installed, I have rarely needed four-wheel drive, even in some pretty horrible winter conditions. As a bonus, they are a relative bargain on the winter tire market. 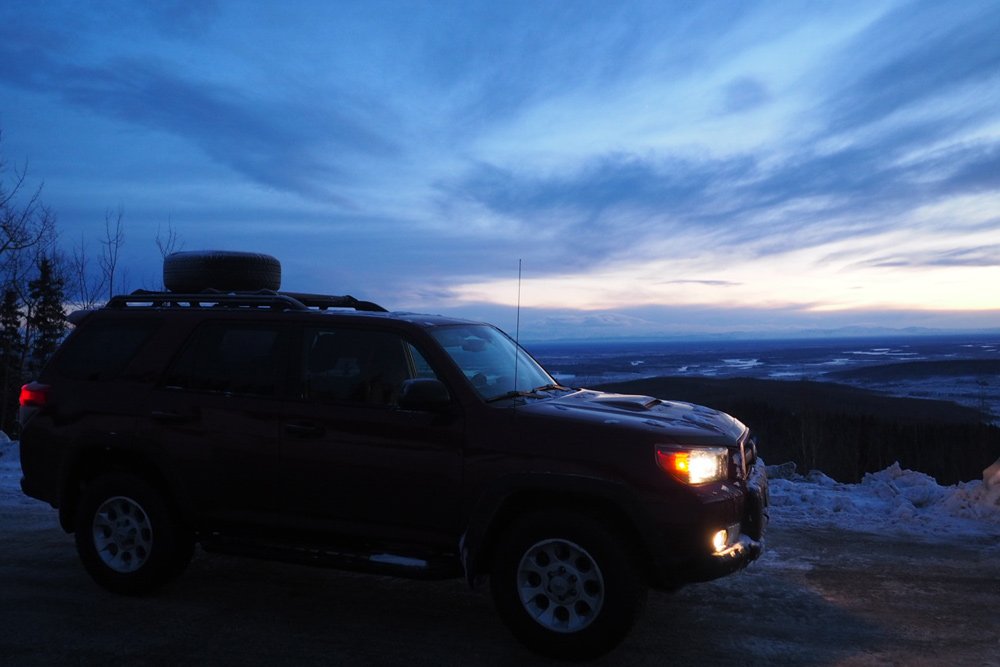 So there you have a summary of how I prepared my 4Runner for surviving a Fairbanks winter.

The good news is my 4Runner has proven to be fairly bulletproof throughout this period of seriously stupid cold temperatures. The bad news is I never have a good excuse to not show up at work.

Hey Dan! Thank you for the write-up.
Do you have any suggestions for increasing the heat output from the vents? I live in Anchorage, where it doesn’t get nearly as cold as Fairbanks, although we still may experience -0 temps for weeks on end. Compared to previous vehicles, I notice my 4runner (2012) is weak in the interior heating department. Is this a result of its design, having a relatively weak blower motor, or potentially a sign that mine is going out?
Cheers!