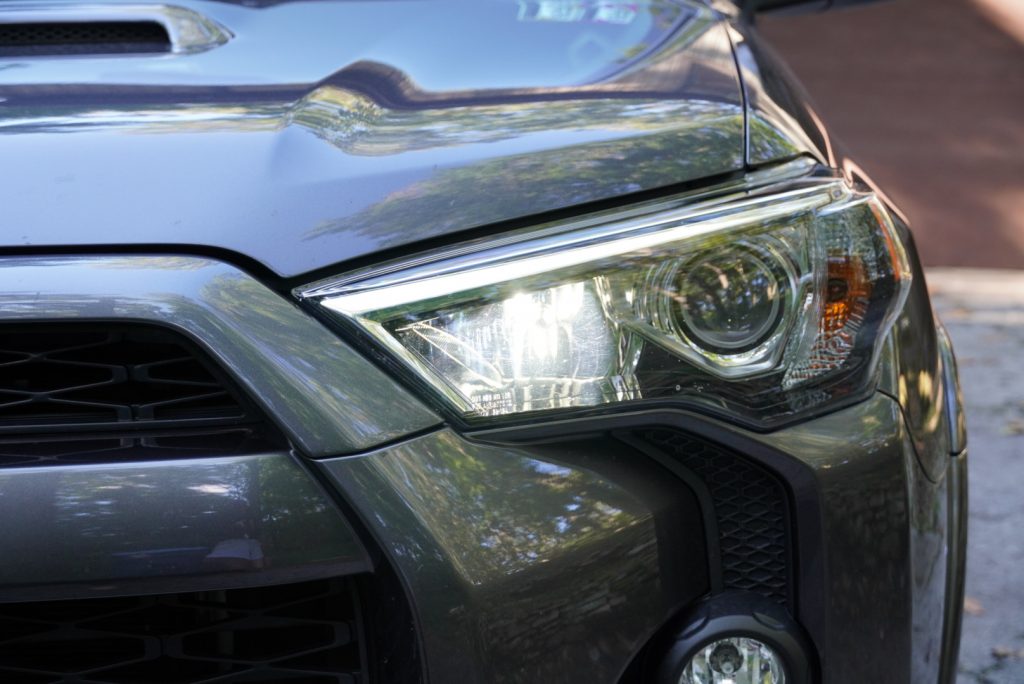 If it seems like my last few posts have consisted of constant knocks and stab on Toyota’s shortcomings, that’s because I have. The Toyota 4Runner, for all of its fame and glory, has historically lacked in a few key areas. As evidenced by the picture above, I’m honing in on the DRLs (daytime running lights) and the high beams. They’re just, lacking.

The simple solution in most people’s minds is to just upgrade your 4Runner’s 9005 halogen bulbs to LEDs, and, you’d be right. However, there’s a little-known issue in that DRLs can’t handle the output of LEDs. As a result, they flicker.

Admittedly, I would see slow-motion Tik-Tok videos where people’s trucks sported flickering headlights. For some, that may have been an intentional mod but for others, it’s because they swapped out their DRLs for LEDs.

So, Why Do LED DRLs “Flicker”? 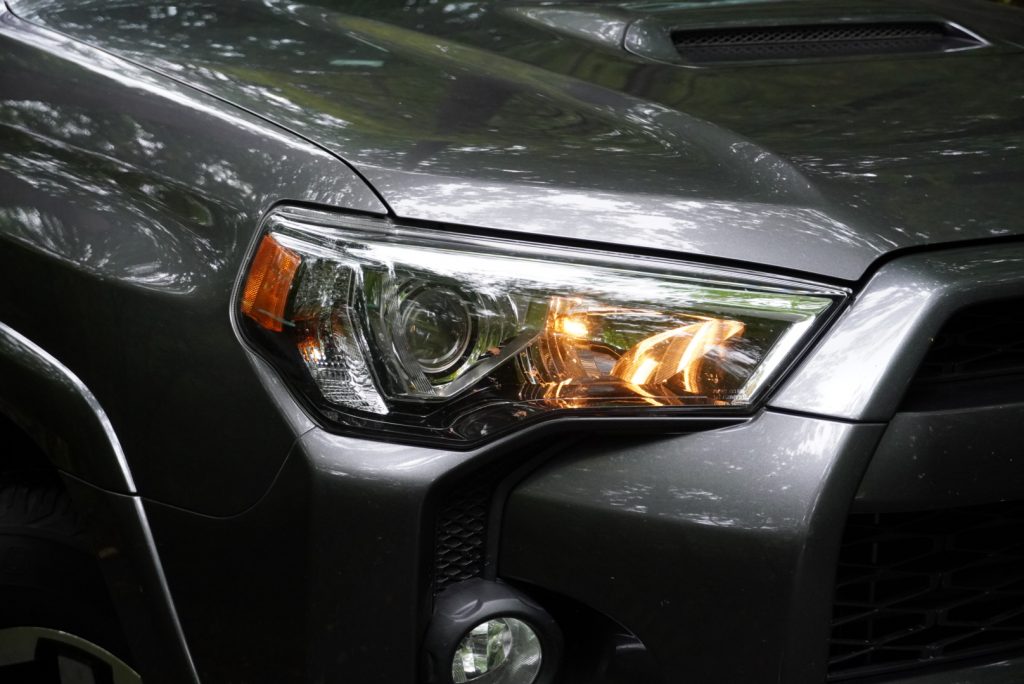 Although the high-beam and DRL run on the same 9005 halogen bulb, Toyota decided to use a PMW circuit (pulse width modulation) to cut the output of the halogen bulb in DRL mode to a much lower output. This is done to prevent blinding people during the day with a full-output high beam and also to increase the lifespan of the bulb. LED bulbs react much more quickly to the voltage constantly changing, which is why they flicker.

While I don’t claim to be a DC voltage subject matter expert, I’d imagine a constant flicker on any LED diode or bulb can’t be good over time. It also is super distracting to other drivers on the road.

Why Upgrade to LEDs? 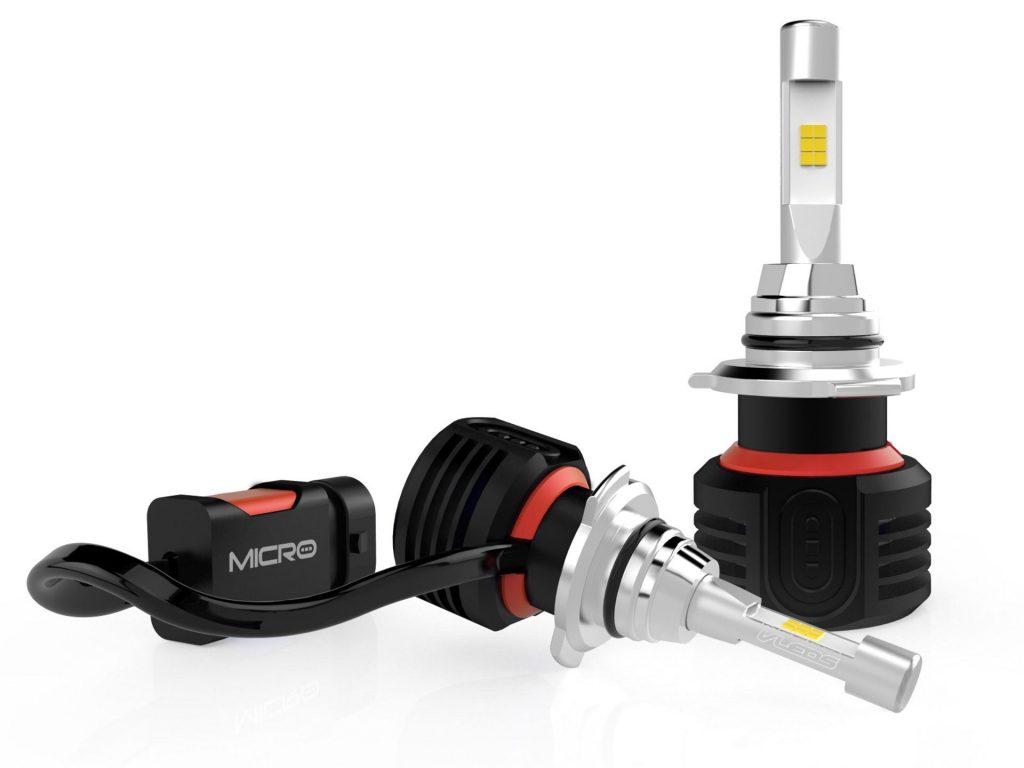 Halogen bulbs were the trusted standard that you’d find in headlights and had been for many years. Halogen bulbs do produce light, but the output in my opinion is lacking. Coupled with the odd cut-off found in the 4Runner’s headlight housing, your output with a halogen bulb is fairly limited.

For some, this may not be an issue if you live and commute in well-lit areas.

For those who live in low-lit areas, do a lot of night-time driving, or just want a stronger output as a personal preference, then LEDs are the way to go. I live in a very wooded area, we have little to no street lights, and I’m in constant fear of helping Bambi meet her maker when driving in the darker hours. So for me, upgrading both the low-beam headlights and high-beams was an absolute necessity.

The question is, how do you successfully upgrade both regular headlights and DRL/high-beam lights to LEDs without the annoying DRL flicker? As luck would have it, VLEDS solved that problem. As of today, they seem to be the only ones who have done it successfully (and, specifically for the 5th gen 4Runner). 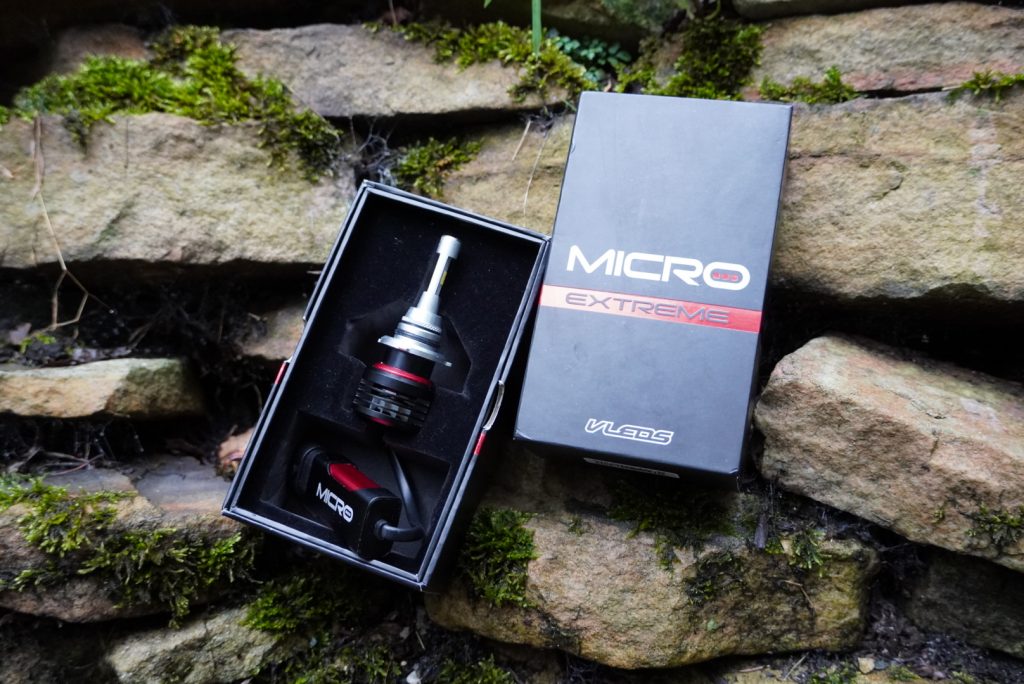 In fairness, I mentioned above that a bulb swap is pretty straightforward and as you’ll see below, it is. There are a few additional steps than just swapping one burnt-out bulb for another. That’s because VLEDS has some proprietary technology baked into their DRL/high-beam kit that makes them both durable/long-lasting and prevent the flicker. All-in-all, you’re looking at conservatively 30 minutes from start to finish.

Not covered in this post are the Micro Extreme H11 low-beam lights that I decided to upgrade to during the swap. For both the low-beam and DRL/high-beam, I went with the 6000K color temperature. 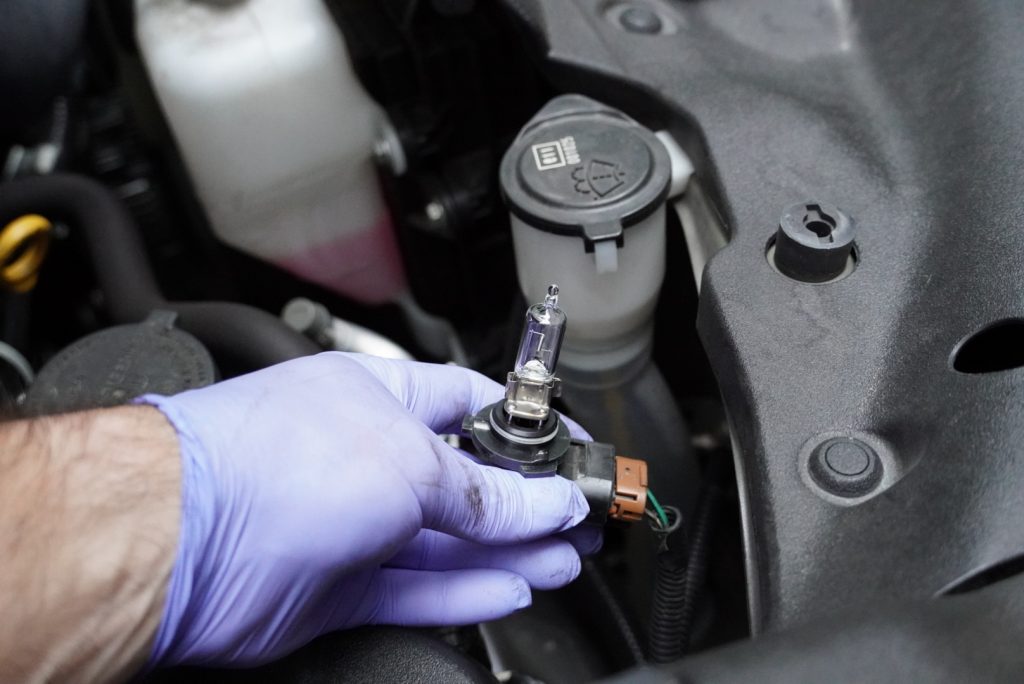 To get started, you’ll want to begin by removing both the driver’s side and passenger-side halogen DRL/high-beam bulbs. If you couldn’t tell by now, these aren’t two separate bulbs; they are one and the same. Regardless, it’s time to get rid of them! 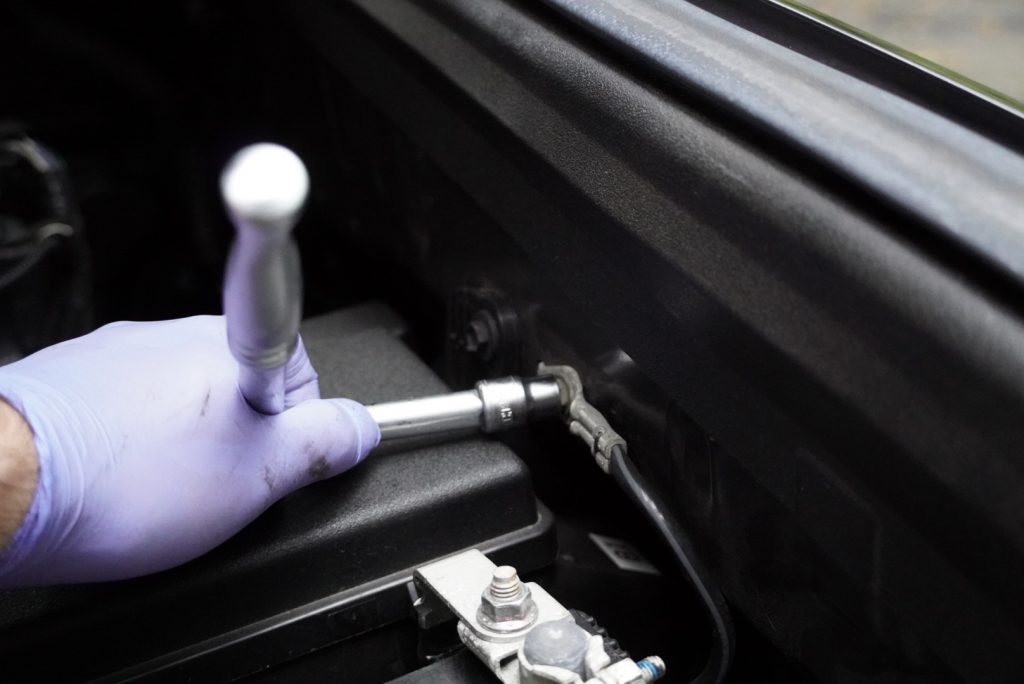 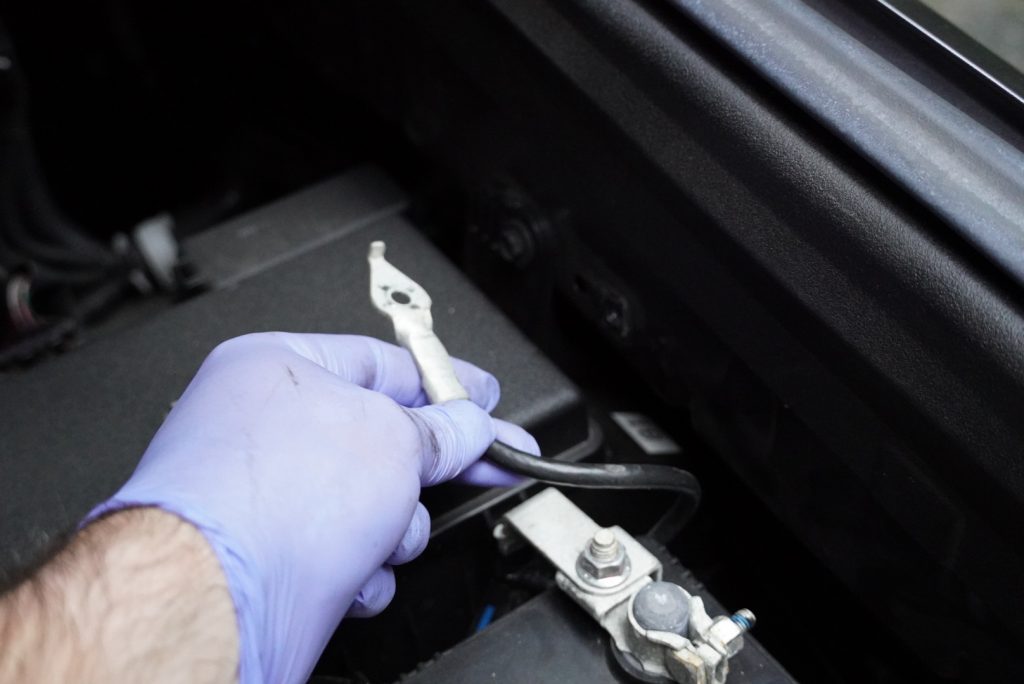 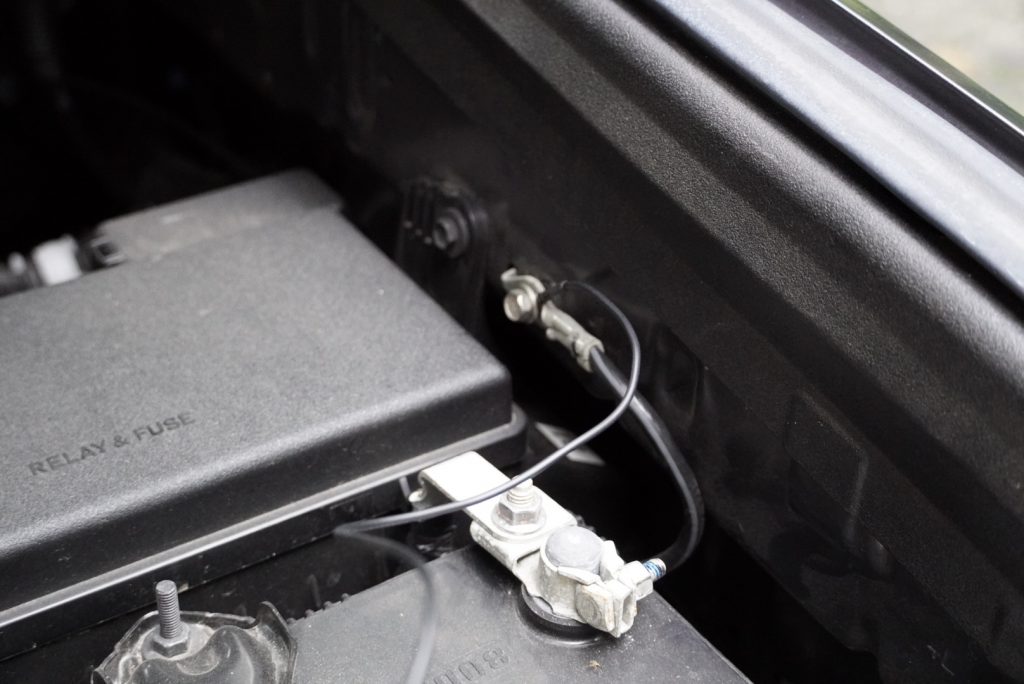 Tighten the bolt back down with the original battery ground lug. As pictured above, I tightened the bolt with the ring terminal facing forward. This won’t cause any issues, but you may want to consider tightening the ring terminal downwards to aid in a later step of tucking and hiding all of your wirings. 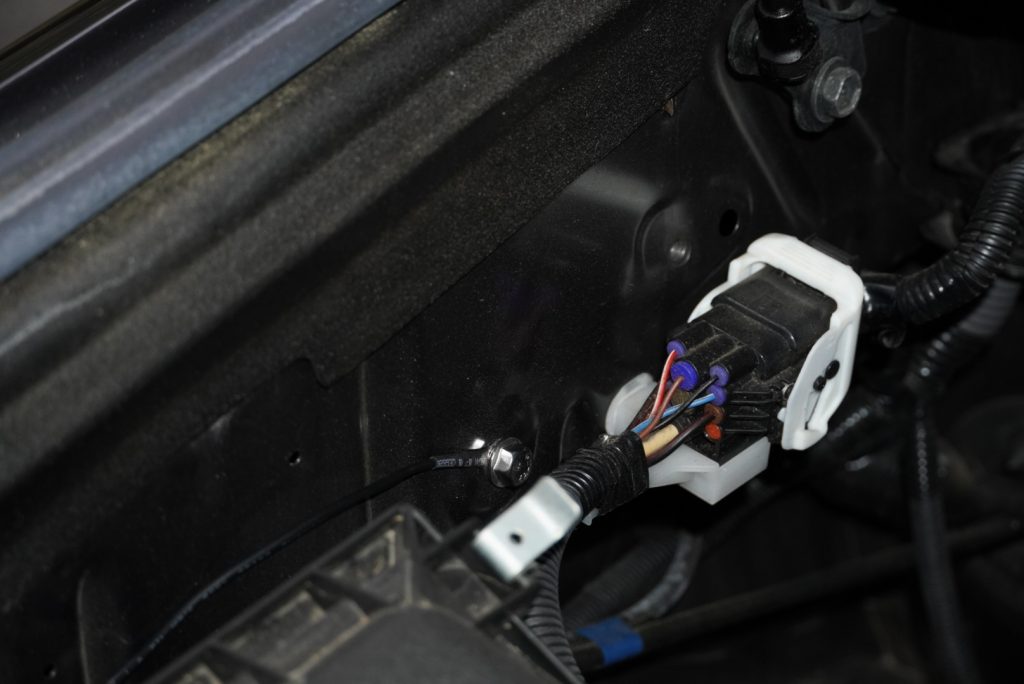 As mentioned above, both driver and passenger side DRL/high beams need to be connected to the battery and grounded. As luck would have it, the passenger side has an unused hole on the inner fender. VLEDS included two (2) M6 bolts. You’ll only need one (1), so my guess is they were being generous to those who are a bit on the clumsy side.

Similar to the process you just followed on the driver’s side, do the same here by tightening down the provided M6 bolt with your 12mm socket wrench and connecting the second ring terminal. 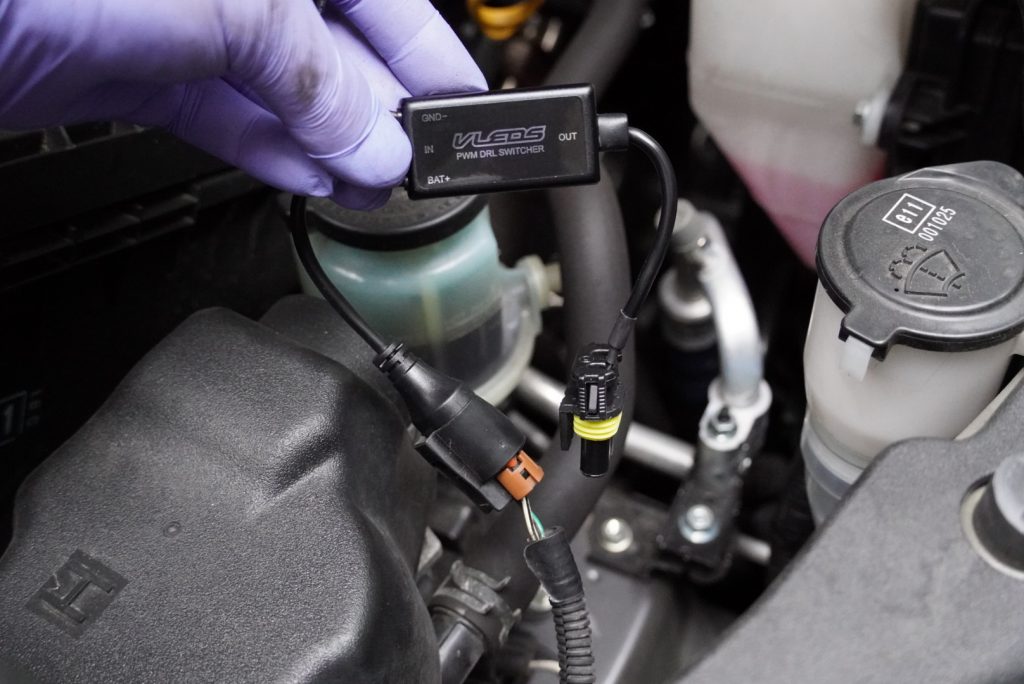 Next, you’ll want to connect the PMW DRL Switcher to the factory DRL/high-beam wire harness. Start with one side and repeat this process on the other (as pictured above). 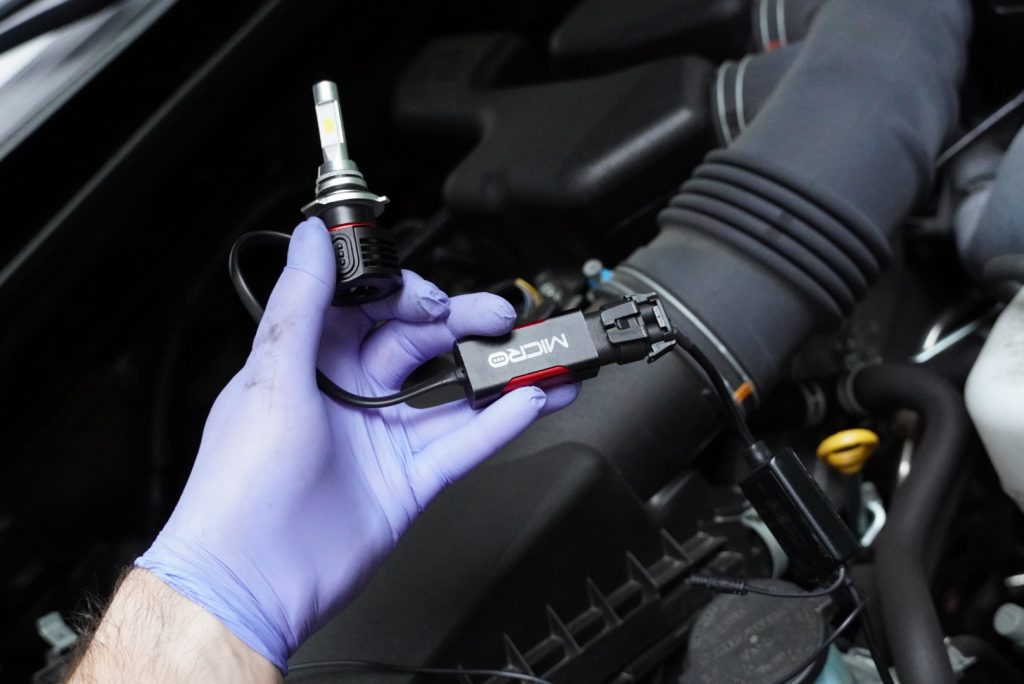 Now, connect the Micro Extreme DRL/high-beam light to the receiving end of the PMW DRL Switcher. Repeat this process on the opposite side.

Once connected, place both DRL/high-beam lights into the appropriate headlight housing socket. 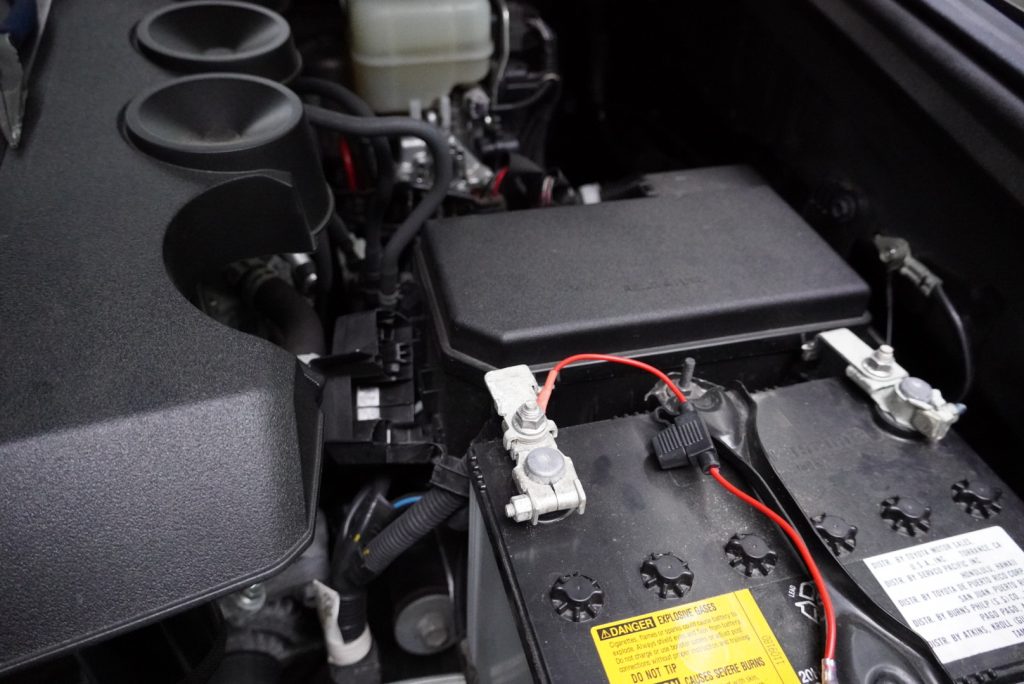 As mentioned above, the VLEDS DRL/high-beam lights need to draw power from the battery. LED lights generally have built-in fans on the backside to keep them cool. This connection helps power the LED’s internal fans. 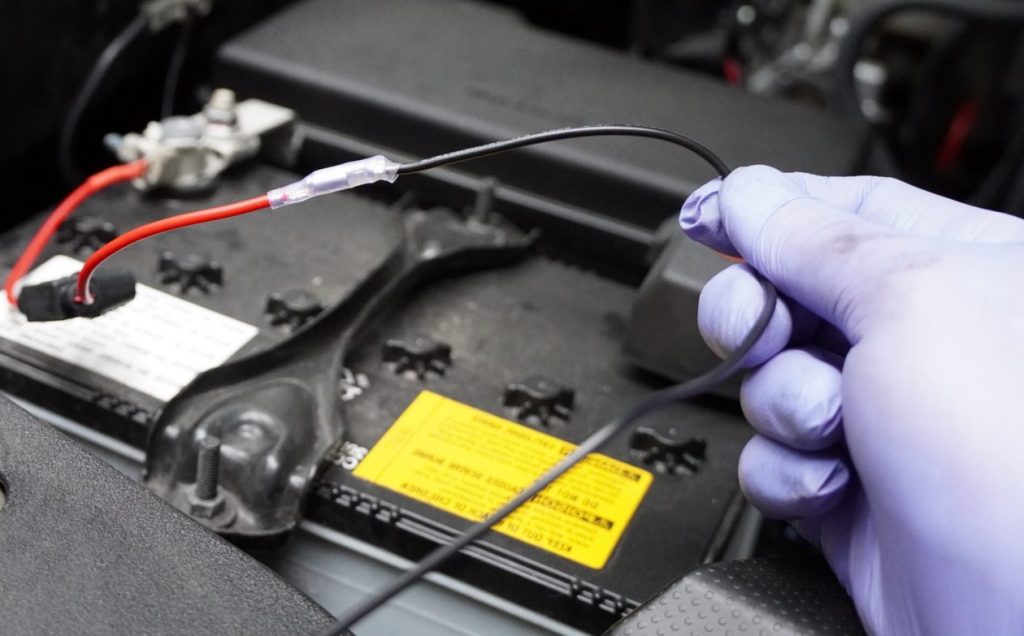 Once your terminal ring is connected to the battery, it’s time to connect the bullet connector to the splitter harness. Simply press one side into the other and ensure you have a tight connection. 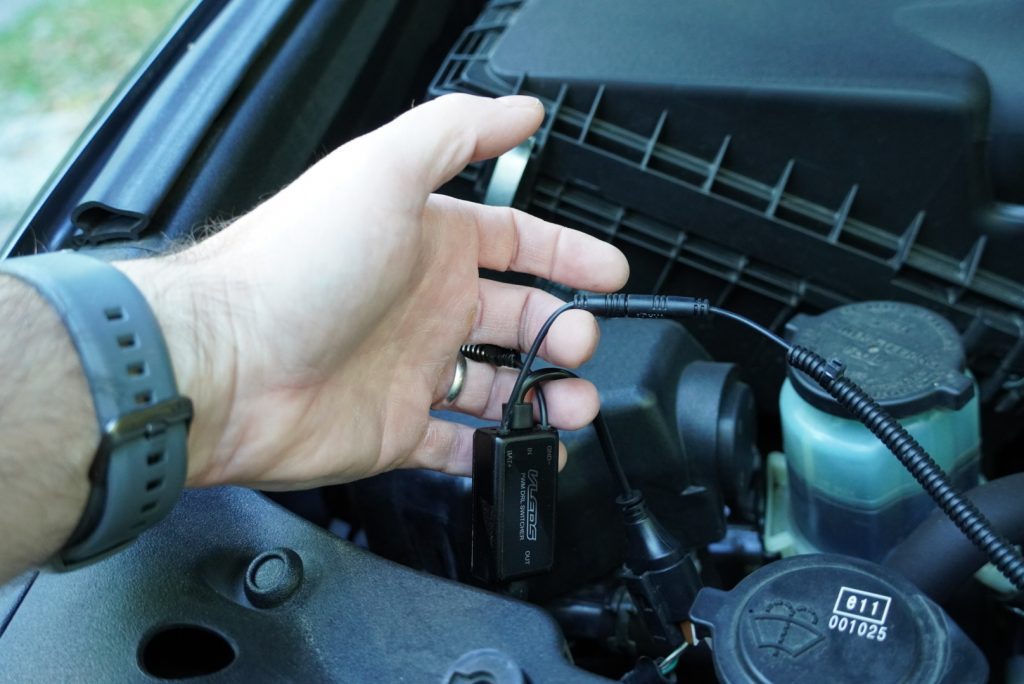 Last but not least, you’ll need to connect the last remaining wire on the PMW DRL Switchers to the splitter.

That’s it – install complete! Now it’s time to test them out.

Step 10. Test Out The Lights 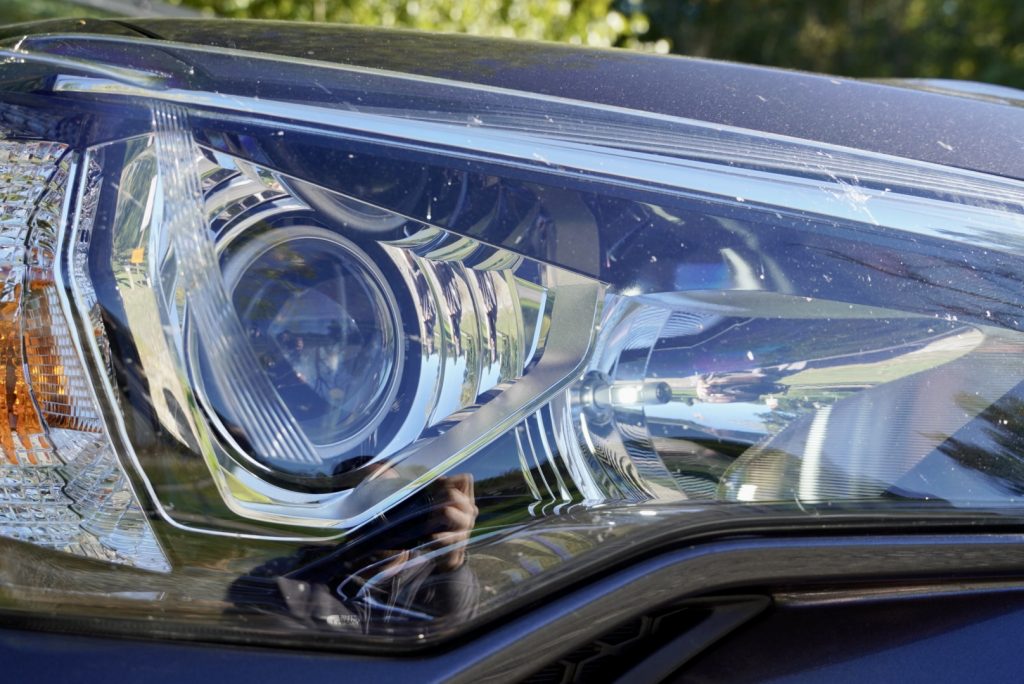 To ensure the new DRL/high beams are working properly, start by turning on the engine. Change the left-handed signal column lights to DRL, then regular low beams, then high beams. If all signs point to functioning headlights, then the hard part is done.

Should one of the new LEDs not work, it may be because you have the input plugged in backward. Simply flip it around and you should be in good shape. 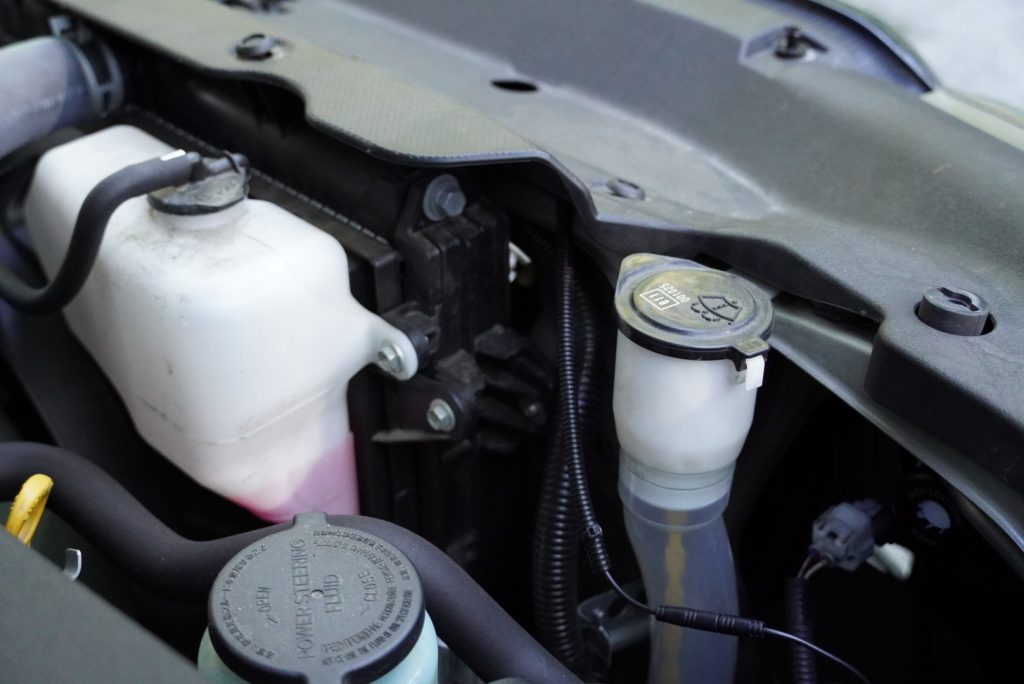 Although this is an optional step by removing the radiator guard, you really should tuck and zip tie as much of the excess wire as possible. VLEDs include more than enough wire loom and zip ties. 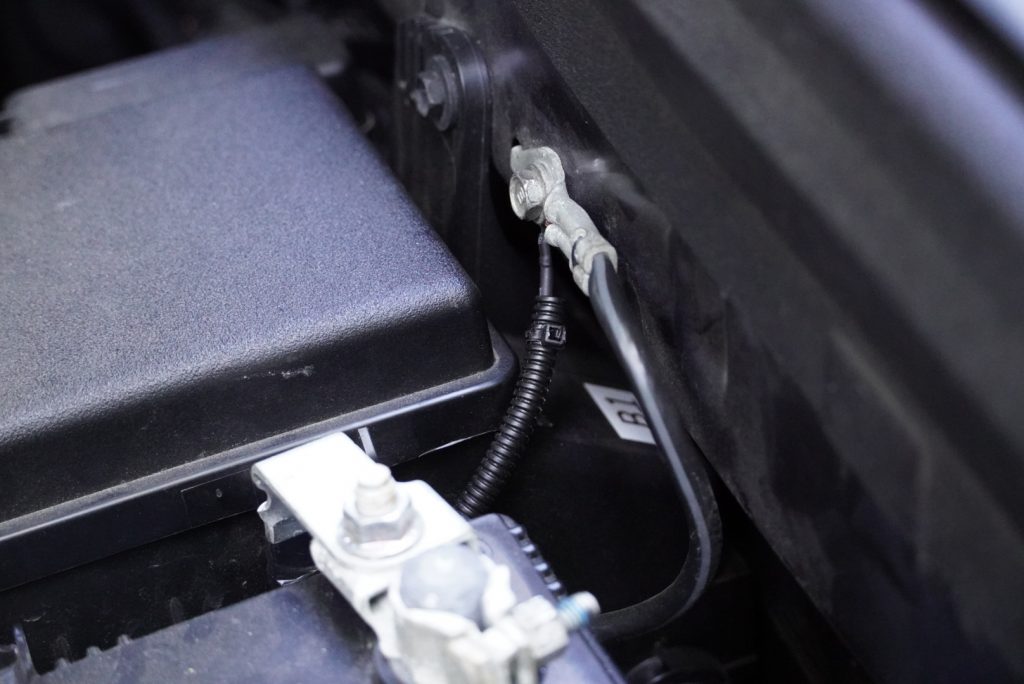 I opted to remove the radiator guard and spent a good 15 minutes tucking all the wiring into the loom, zip-tied, and even electrical taped spots. In the end, it should appear as both factory finished and protect the wiring from laying on hot or moving elements. 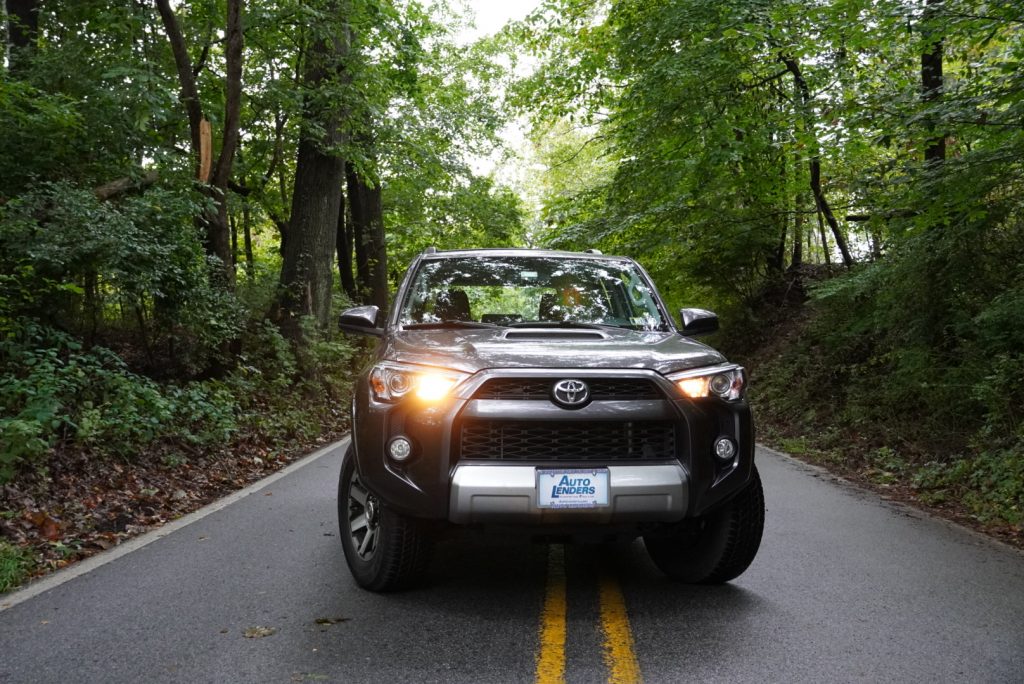 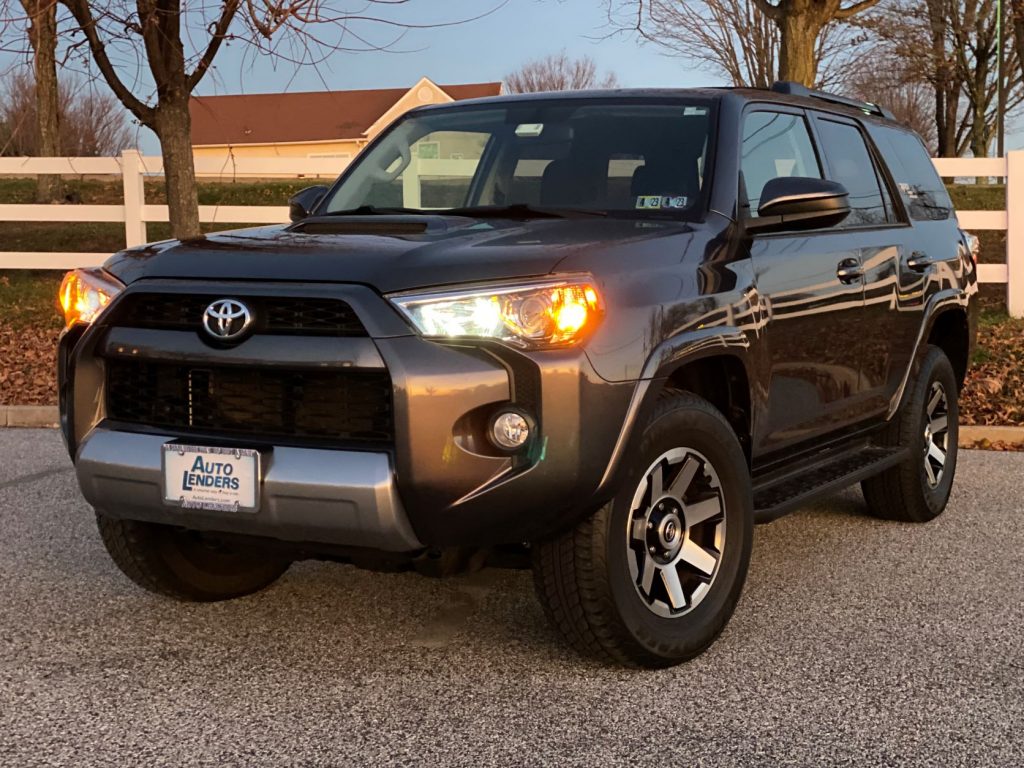 The VLEDS light kit performs better than I had expected; hands down. As I had mentioned earlier, upgrading to a light with brighter output is a necessity for where I live and this VLEDS kit was just the ticket.

Not to mention, the whole purpose was to upgrade and not encounter known flickering issues. So the big question is, does it flicker? No. Not at all, in fact. And, nor should it since the kit is specifically designed not to flicker.

One other critical call-out (which is actually a feature) is that when the high beams are engaged, the low beams stay on. It begs the question, do you even need a lightbar at this point? I have no plans of adding one now that my high beams have well over 9000LM! Coupled with the 6000k low beams, I’m packing lots of lumens in just the headlights. 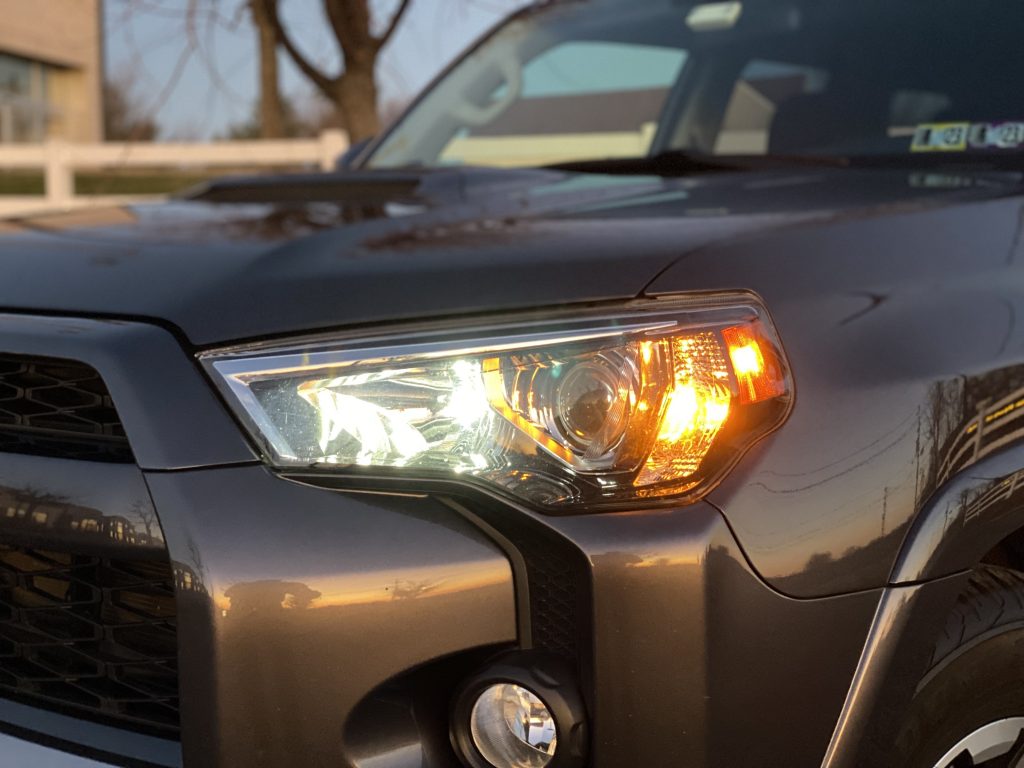 Last but not least, the DRLs themselves auto-dim due to the smart voltage-sensing circuitry inside the switchers. It’s never too bright during overcast days or dusk and not too dim in direct sunlight. The DRL output was so important to VLEDS that they did extensive on-road testing to find just the right amount of output.

So the real question is, why haven’t you bought a set yet?