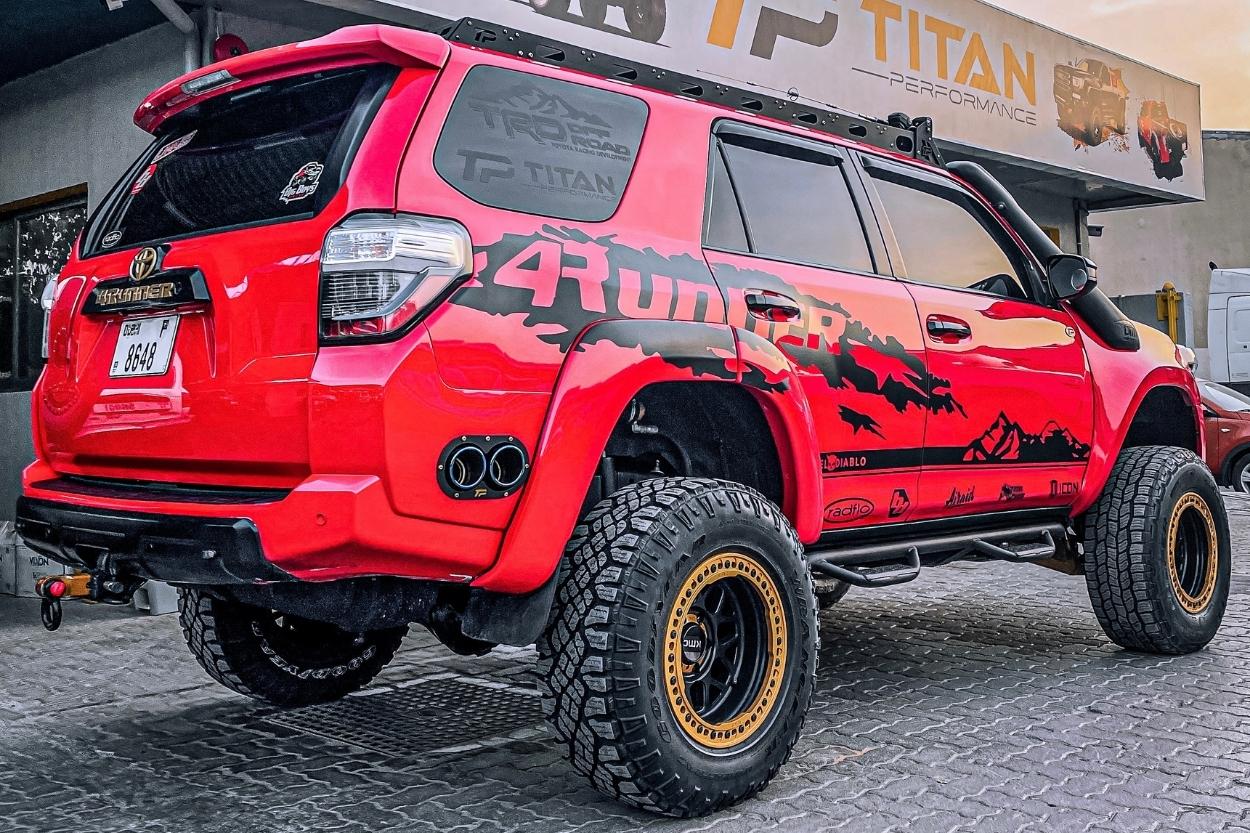 We Asked 5th Gen Toyota 4Runner Owners Why They Chose To Add An Aftermarket Exhaust System To Their Build – Here’s What They Said!

Welcome back to another Feature Friday! If you missed last week’s FF, we looked at window tint options for the 4Runner. This week we are taking a look at performance upgrades in the form of aftermarket cat-back exhaust systems. Some top companies that may come to mind are MagnaFlow, Borla, and Gibson. If you want a full comparison of those three exhaust systems, then check out the article to see which one fits your build best.

Cat-back exhaust systems replace the OEM exhaust system from the catalytic converter to the muffler. By replacing this bit of piping along with the OEM muffler, your 4Runner will thank you in many ways.

Let’s take a look at some of the benefits.

Added Power: In some cases, you can get a little bit of extra power out of your 4Runner by installing an aftermarket exhaust. Aftermarket exhaust systems help reduce potential back pressure and allow your motor to breathe more freely. This translates to a bit more power output.

Speaking from personal experience, I’ve noticed a bit more low-end grunt out of my 4Runner with my TRD Exhaust. That’s especially true when I’m trying to get up to speed. You might not always get a notable increase in power by adding an aftermarket exhaust, but the placebo effect is definitely real.

Better MPG: By improving the airflow through the system and decreasing back pressure, aftermarket exhaust systems reduce the energy needed in the throttle system. That means you don’t have to push the gas peddle as far down to get the 4Runner going. Less peddle means less gas, which leads to better fuel efficiency. To try and maximize MPG, I would also recommend adding an aftermarket cold air intake to really let your rig breathe as much air as possible.

Sound: Now we are talking! Aftermarket exhausts can sound significantly better and louder than stock. That holds true whether you’re idling or revving at higher RPMs. The engine produces a deeper sound with an aftermarket exhaust system, but be wary of a potential exhaust drone while cruising at 2,300+ RPM. The factory TRD Pro exhaust, especially, has a reputation for this. 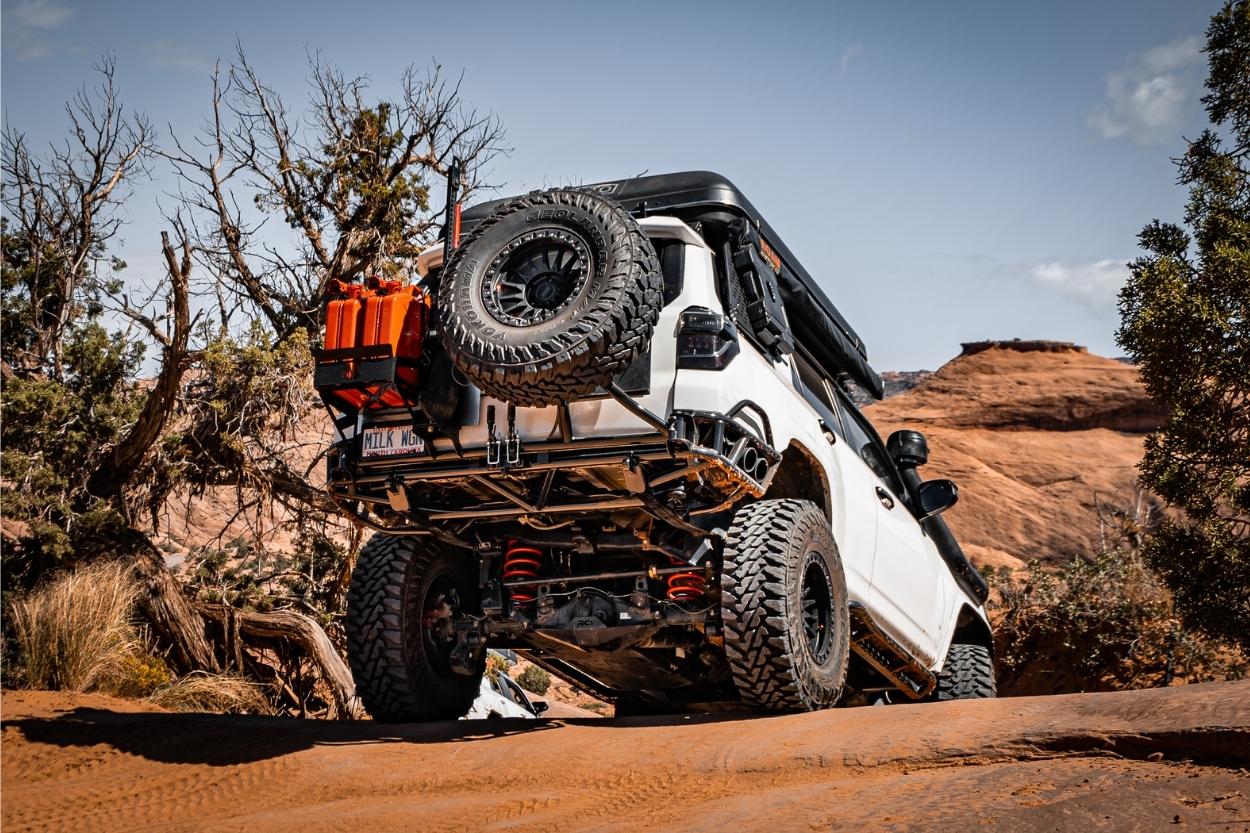 What I like most about the Gibson exhaust system is its sound. It is deeper than a standard 4Runner exhaust without being too obnoxious. The Gibson exhaust is not too loud at low RPMs, but it starts getting noisy when you’re really getting on the throttle.

Gibson did a great job at making these exhausts deeper without sounding too import-tuner-like. It’s a perfect compliment for a built 4Runner. 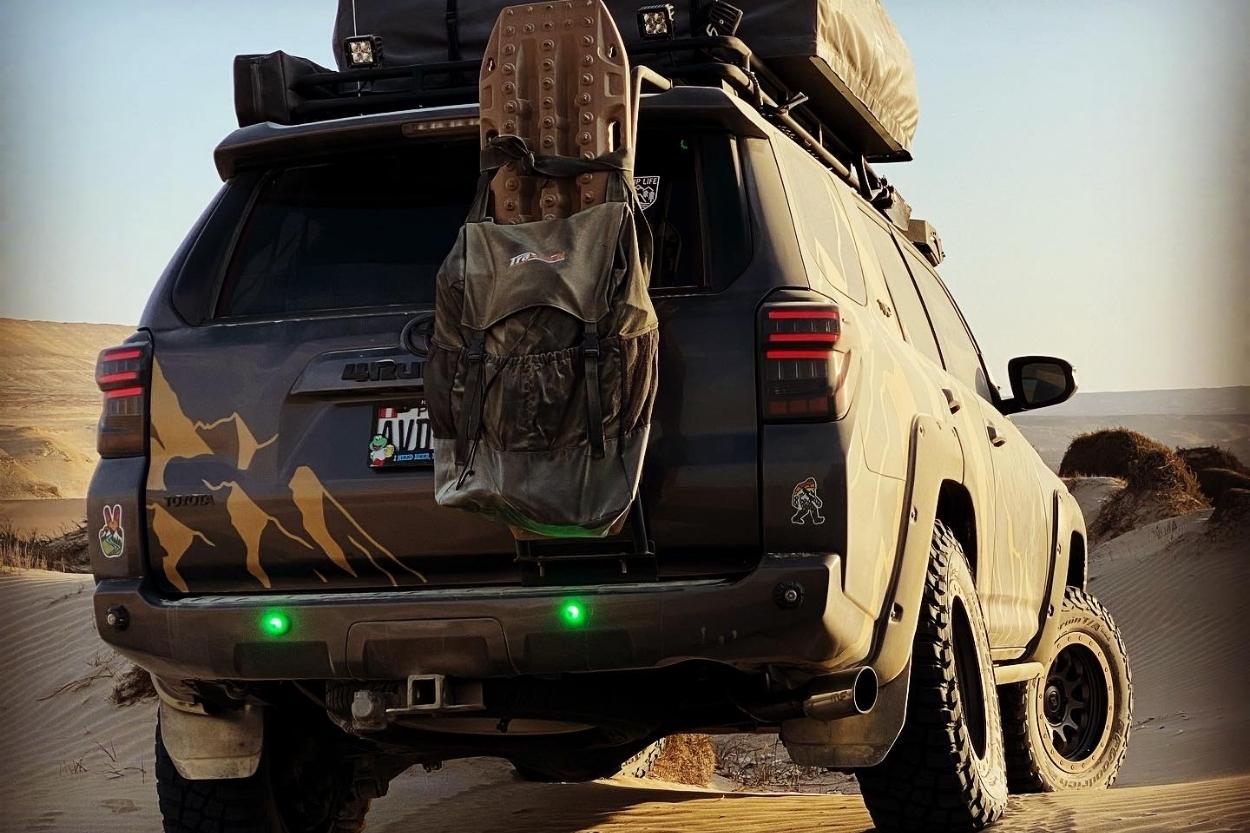 First of all, the performance of this exhaust is awesome! The truck just feels much better with it than it did with the OEM exhaust.

The sound that this street series exhaust by MagnaFlow provides would have to be the second thing I love about my 4Runner! Having an aftermarket exhaust really wakes up the 4Runners engine and allows that 4.0L V6 motor to scream! 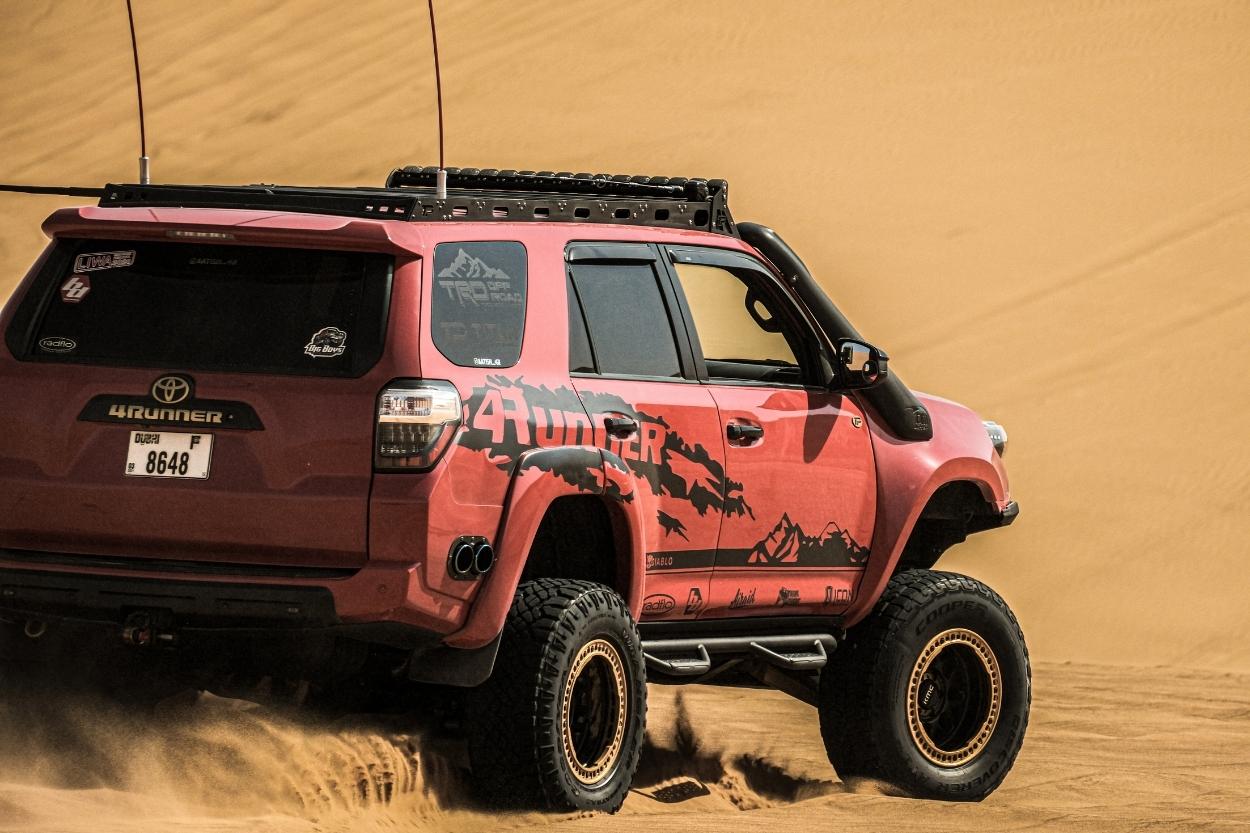 My setup is a custom exhaust system made by Titan Performance UAE. They helped me in relocating my exhaust because I had a secondary fuel tank under my 4Runner that was too close to the OEM exhaust pipe. With the new side muffler mod, I now have enough space between the dual tank and the exhaust pipe.

The main reason for the setup was to keep a safe distance from my dual tank while also attempting to create a unique concept for my 4Runner. I like how it looks and how functional it is while off-roading in the dunes! The exhaust is really tucked up out of the way! 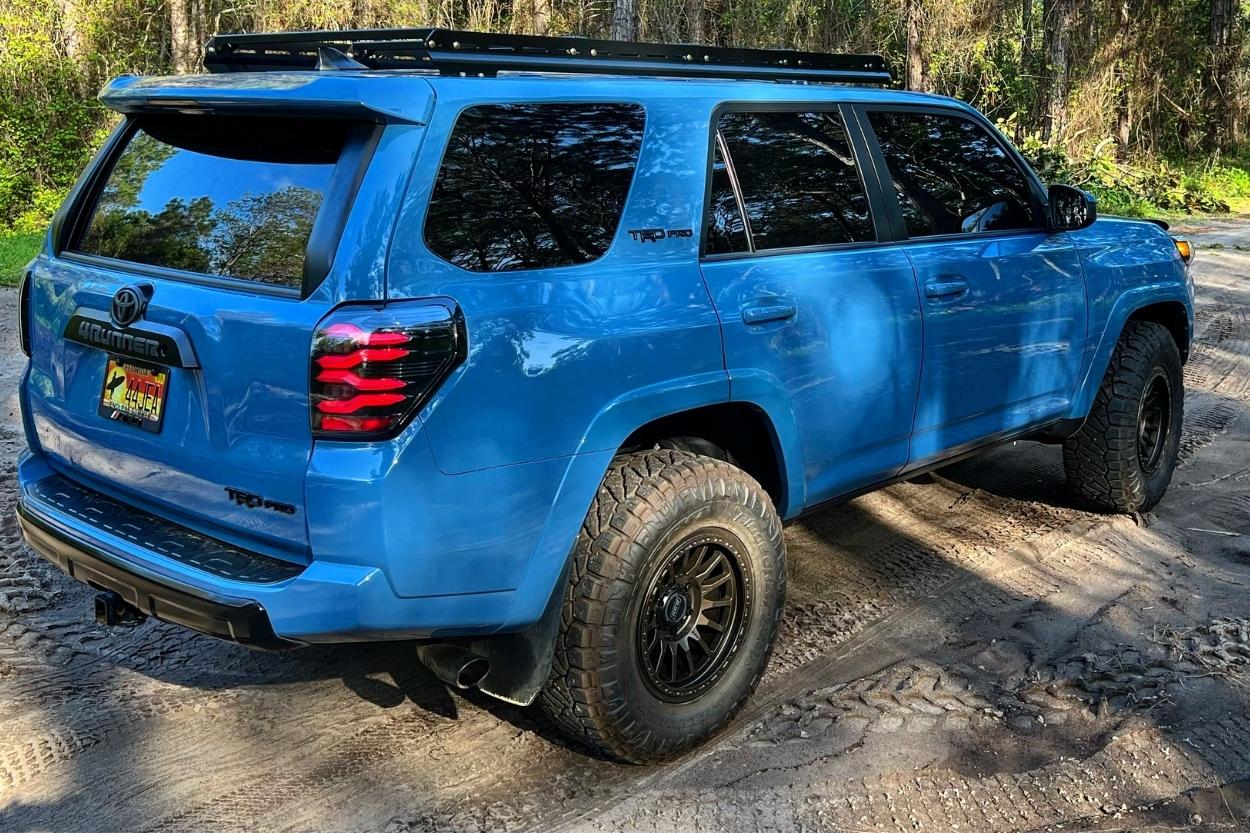 What I like most about this “aftermarket” TRD Pro exhaust, is the low-end throttle response I seem to have gotten out of my 4Runner. Some of that may be a placebo effect due to sound, but I really feel that my 4Runner is able to get up to speed from a dead stop faster now than when I just had the OEM exhaust.

I also like the throaty sound my 4Runner now has while idle and also during a cold start. I’m not going to lie though, the cabin drone at 2,300+ RPM has gotten a little annoying over time. I’m almost to the point of wanting to put the OEM exhaust back on. Despite the drone at highway speeds, the lower-speed acceleration sounds freaking awesome! 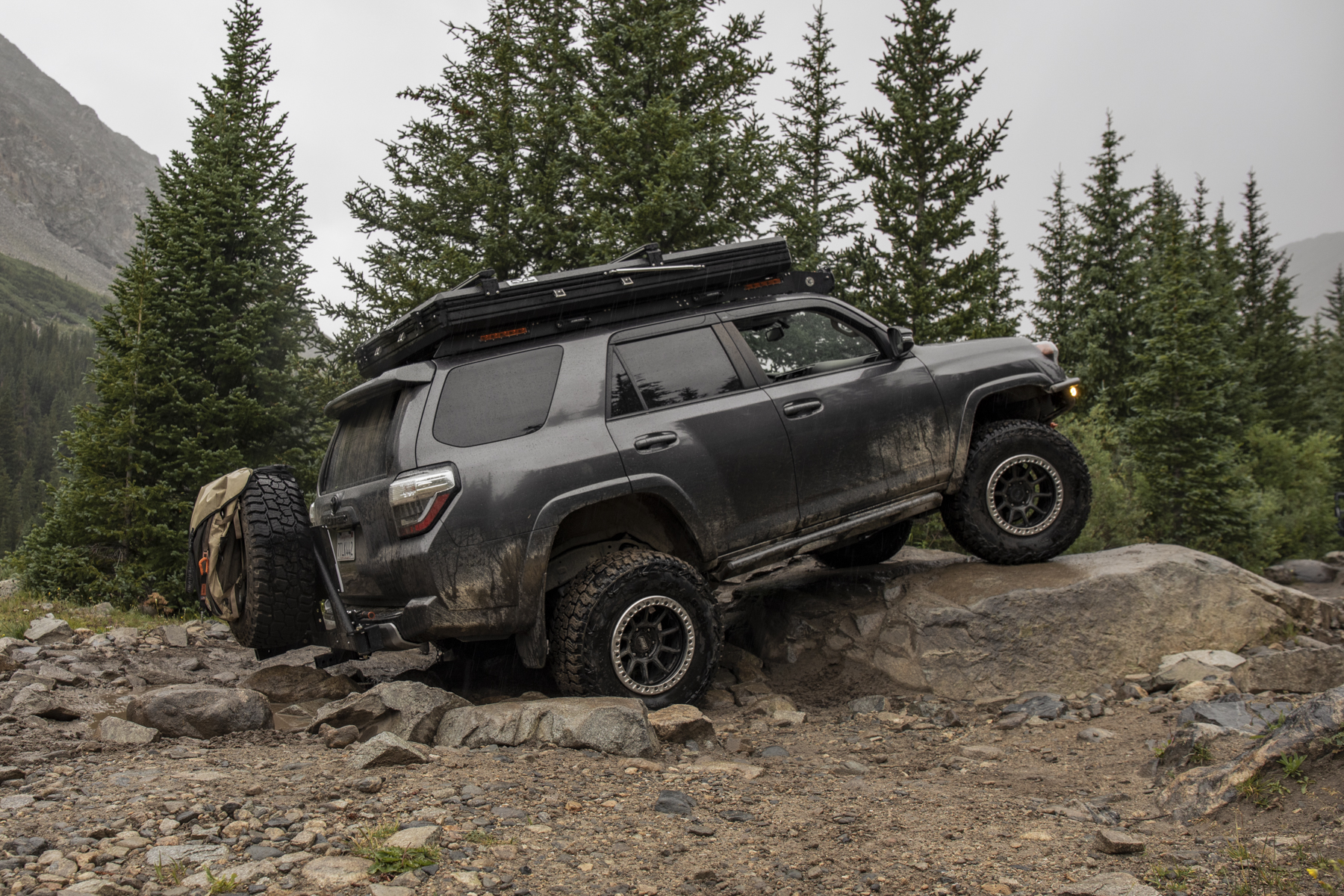 After slamming so many exhaust tips on rocks, it was time for a change. I’ve run quite a few exhaust systems over the years and I keep going back to MagaFlow because of how throaty they are. The new Overland Series exhaust is nice for a wide variety of reasons; high clearance, sounds deep, no cabin drone, etc.

If you want to hear some sound on this exhaust, check out this YouTube video. 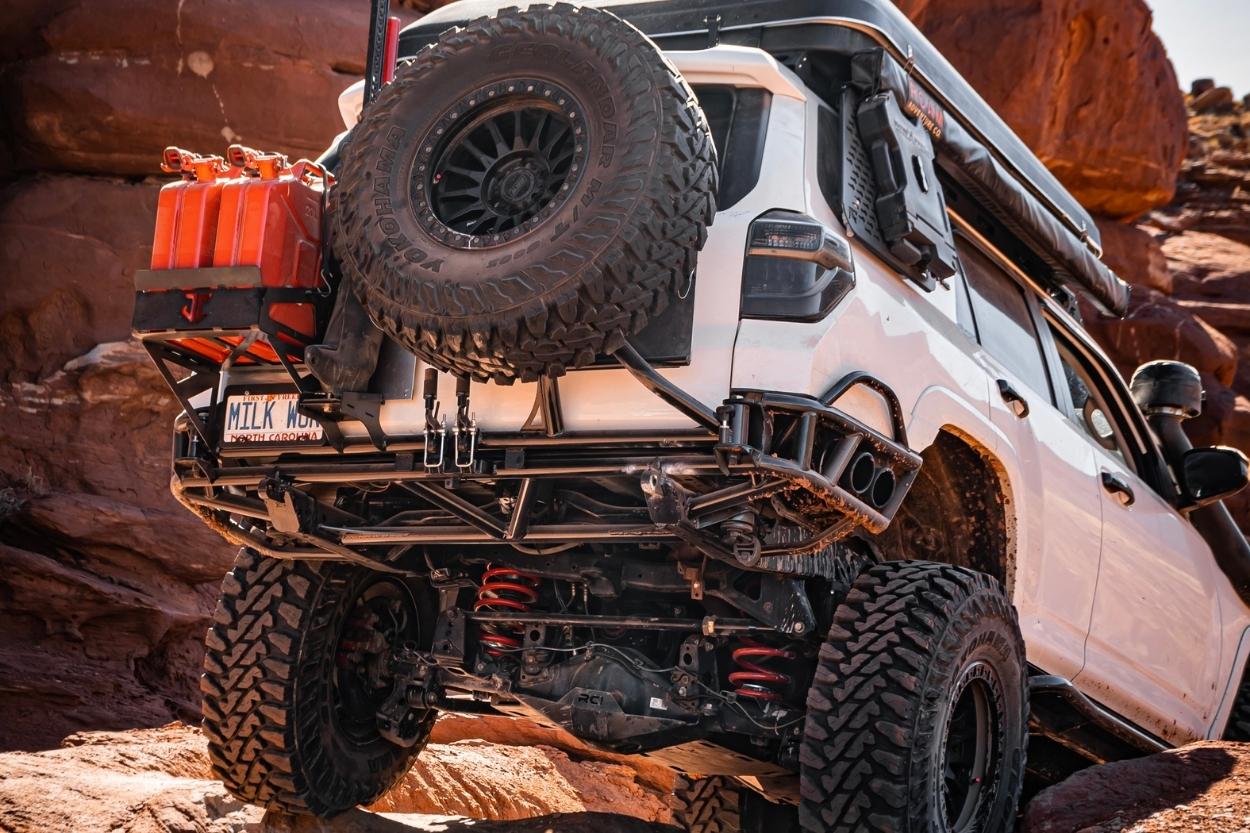 Now, if you were to pair an aftermarket exhaust with a cold air intake and custom tuning, you will really start to notice a difference in power. At the end of the day, the 4Runner is still underpowered and overweight, but that doesn’t mean we can’t at least make it sound better.

Exhausts aren’t the cheapest of mods or the easiest to install, but should you have any questions, then don’t hesitate to ask them in the comments or DM any of the rig owners featured today.

We want readers to get inspired by a variety of rigs/products. Submit your build for Feature Friday here to get featured. Next week we will be showcasing rigs with External Gear Storage, to help inspire your future overland storage purchases. If you would like to submit your build for next week, include your setup details and an awesome photo that shows it off.