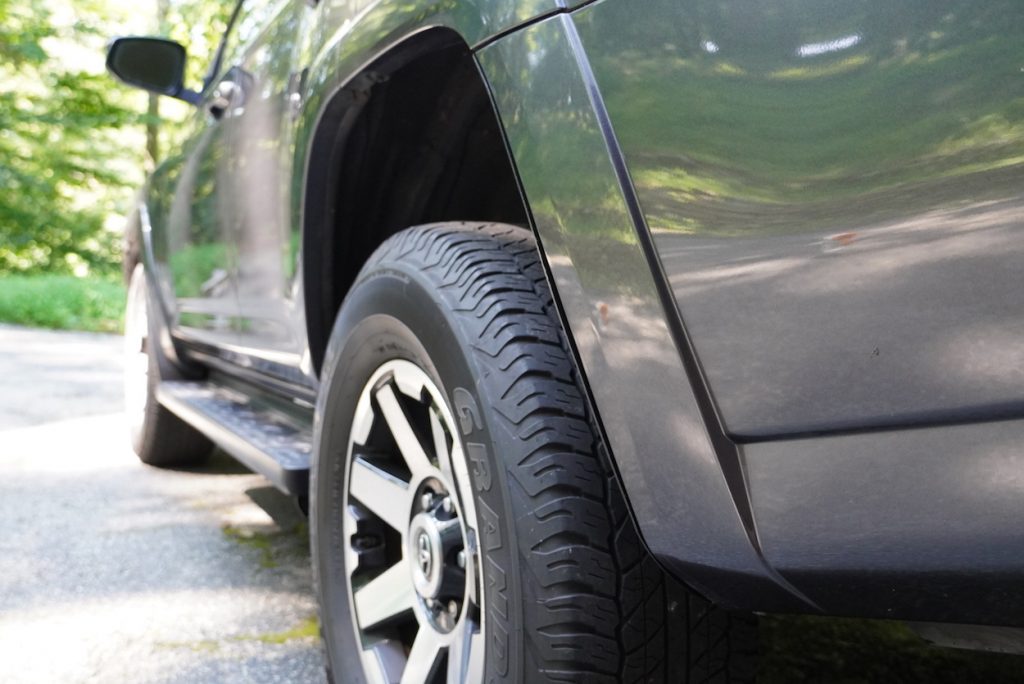 After a very long year of not having my 2010 5th Gen 4Runner, and with Toyota delaying the 6th Gen for at least another year, I caved and picked up a 2019 TRD Off-Road. As it usually starts out, she’s pretty stock at this point. With many mods on the list and a completely new build plan, I’ve set my sites on simple yet practical mods, for now.

With a stock 4Runner comes stock height and stock clearance. While an upgraded suspension is on the soon-to-come list, it’s not at the top of it. We do a lot of camping and a stock 4Runner is ungodly capable in its stock form. The rear mud flaps on a stock 4Runner have roughly 11″ of clearance on a flat road. It never hurts to have a bit more clearance on dirt roads, and ARK Splash Guard has the perfect solution. 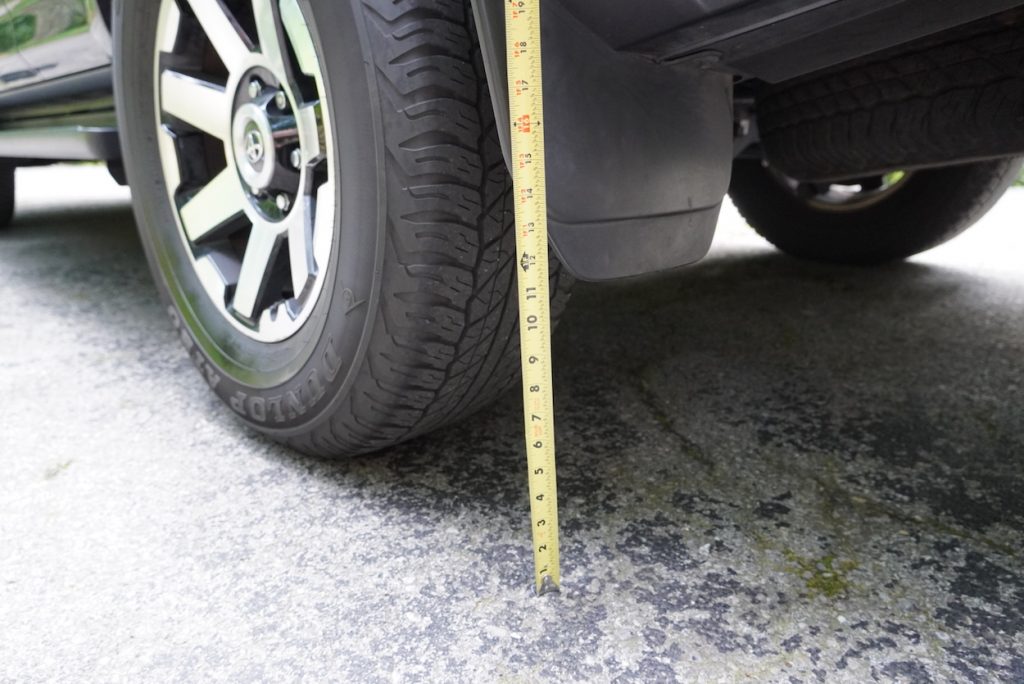 I originally planned to just remove the stock flaps, cut the excess off and reinstall the wheel well plastic. Then it dawned on me that there’s a 98% chance that someone out there makes a mud flap delete kit. As luck would have it, I stumbled upon ARK Splash Guards.

ARK Splash Guards is a family-owned business based out of Arizona. The owner, Jason, a fellow lover of Toyotas, decided that after many wheel-well thrashing trips on the trails that there had to be a product out there that was both long-lasting and didn’t break the bank. With cheap plastic or expensive powder-coated metal materials that would eventually get scratched, Jason built a prototype out of EPDM plastic and the rest is history. 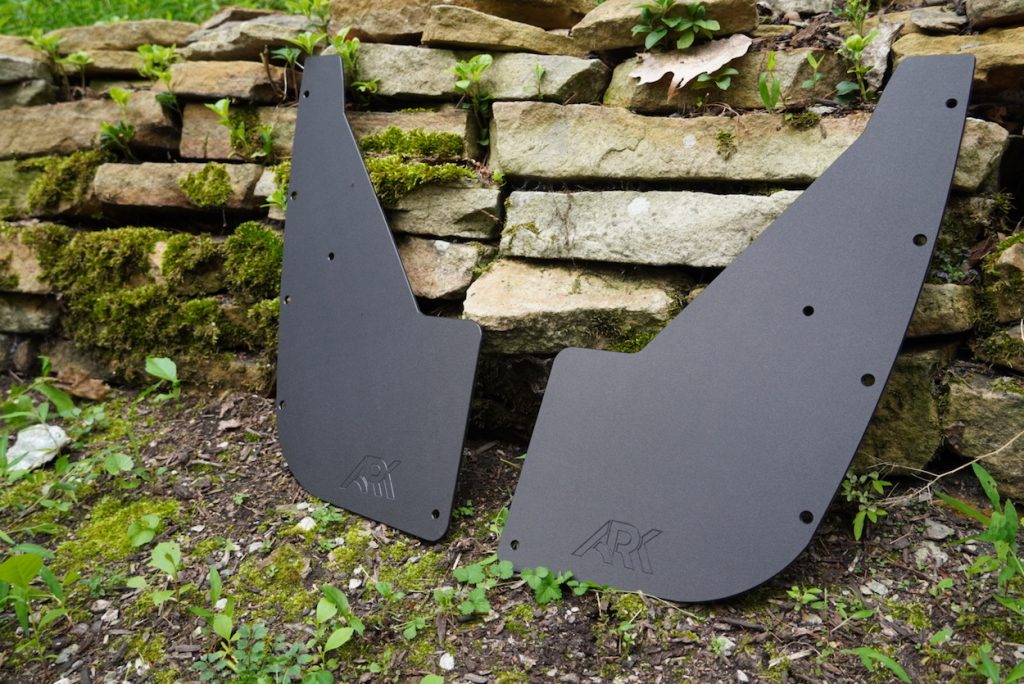 ARK provides all the materials you’ll need to install their mud-flap delete kit. They even include replacement 10mm bolts, push clips, installation instructions, and a sticker! You only need three tools to get the kit installed and your 4Runner back on the trails. 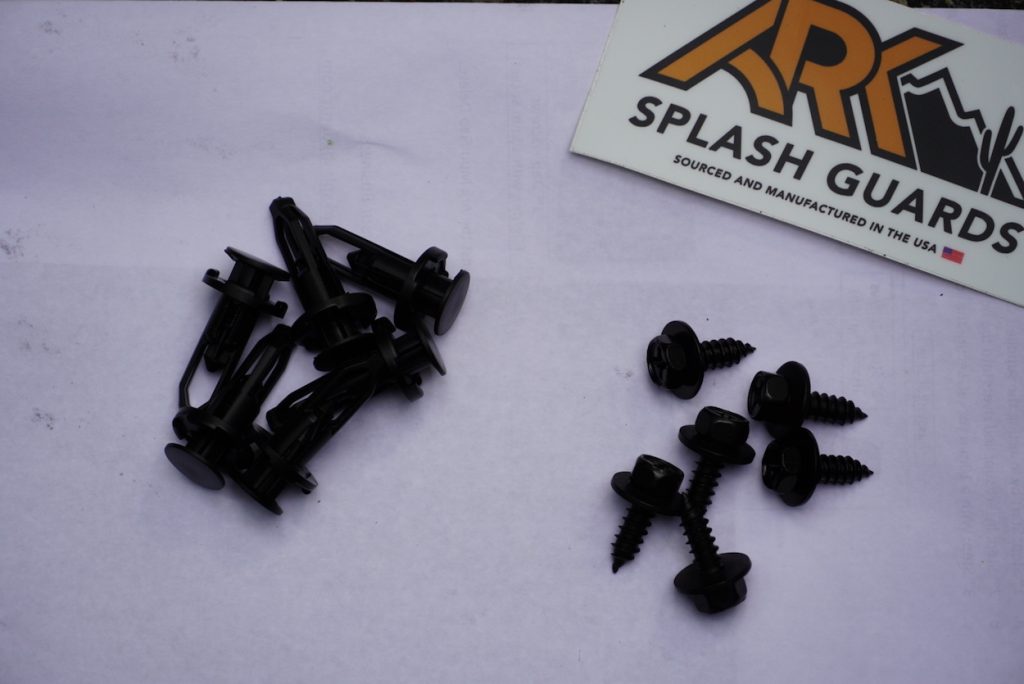 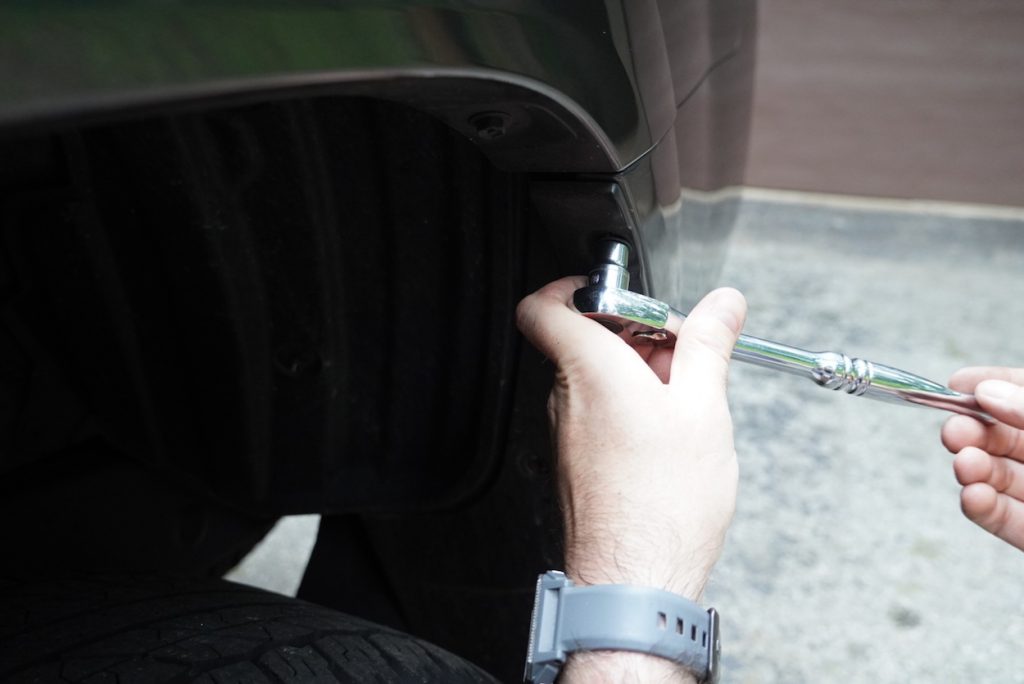 Each OEM mud-flap is held into place with four (4) 10mm bolts and three (3) push clips. 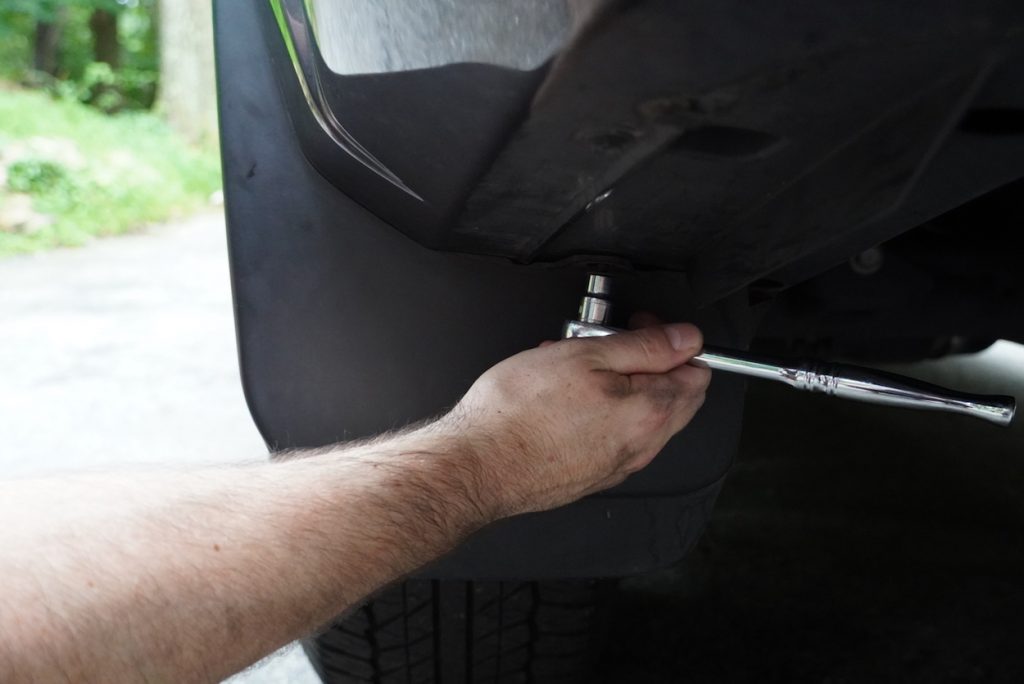 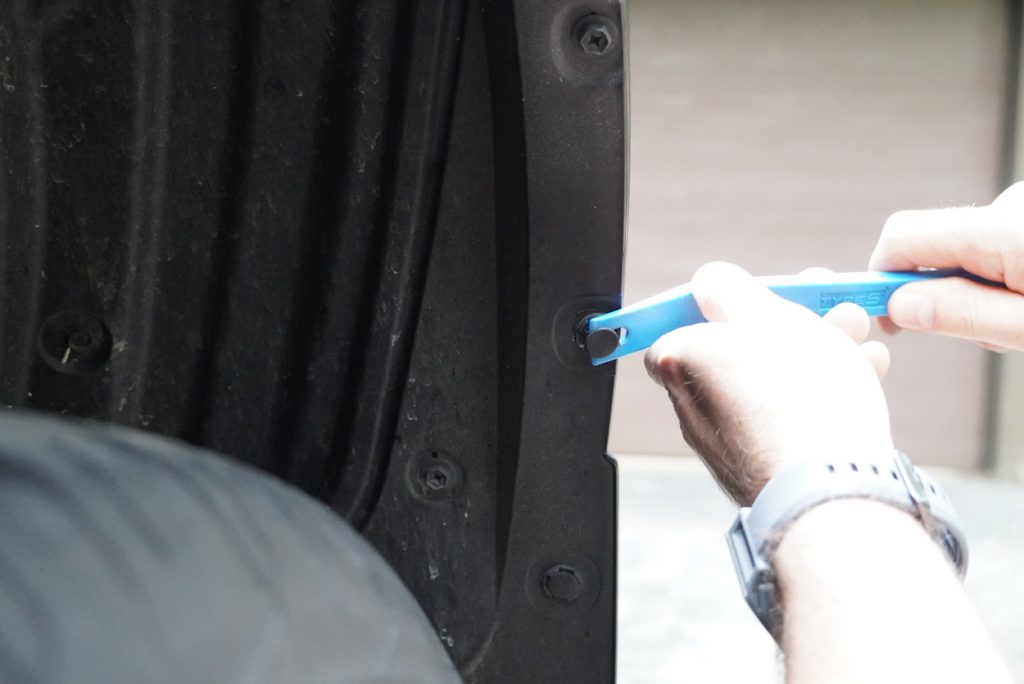 Once the 10mm bolts are removed, remove all three (3) push clips. I like to start by forcing a flat head screwdriver underneath the center pin holding the clip into place. Gently pry the pin out roughly 1/4″, or just enough to slide your plastic pry bar underneath.

With a gentle tug, the entire clip and pin should pop out. 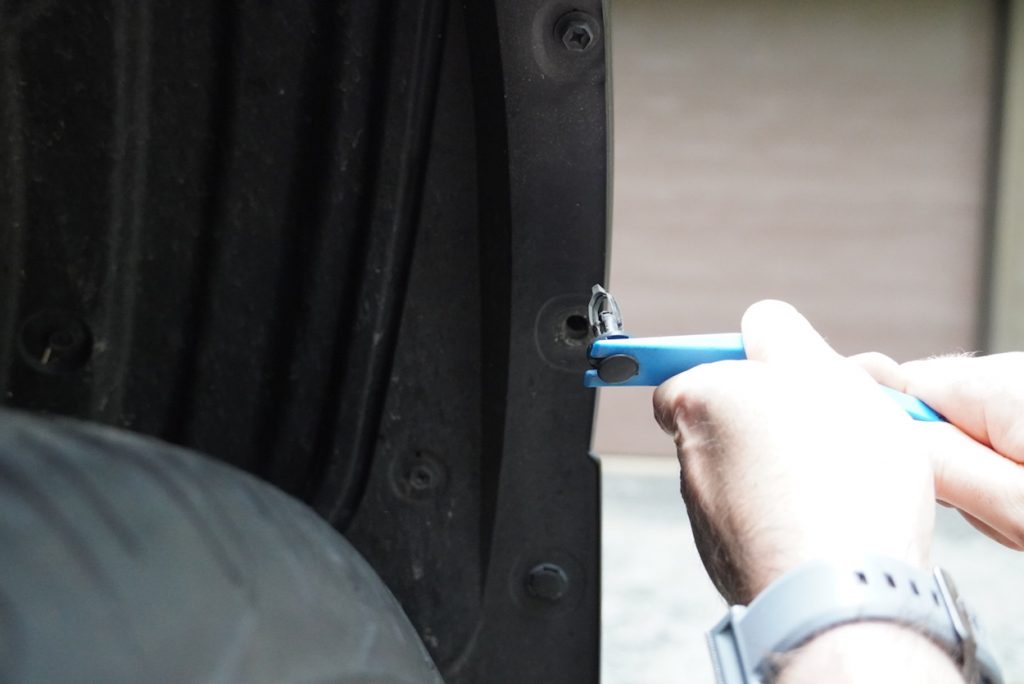 If you happen to break a clip during the removal process, don’t fret; ARK includes replacements. In fact, you’ll want to use the replacement push clips provided in the kit. Removing and reinstalling plastic clips in any install will eventually wear them down.

Once all 10mm bolts and push clips are removed, the OEM mud-flap should free itself from the body of your 4Runner. Repeat the process on the other side of the truck. 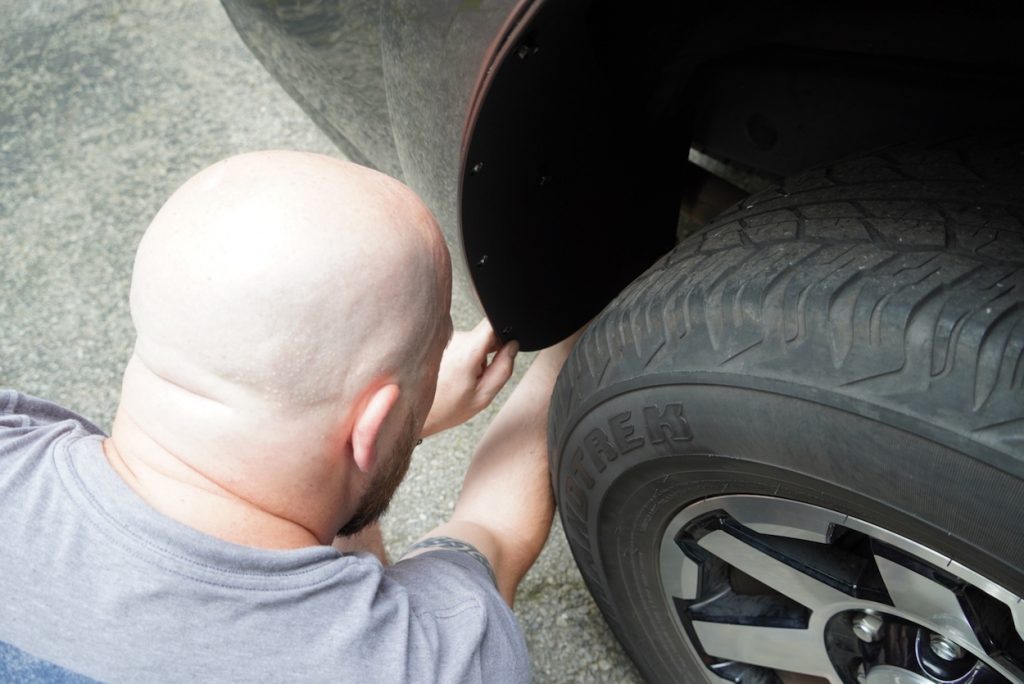 That’s it, you’re halfway through one of the easiest mods your 4Runner will ever see!

Clean the area of any debris and start by aligning your mud-flaps to the inside of the wheel well with the ARK logo facing out. 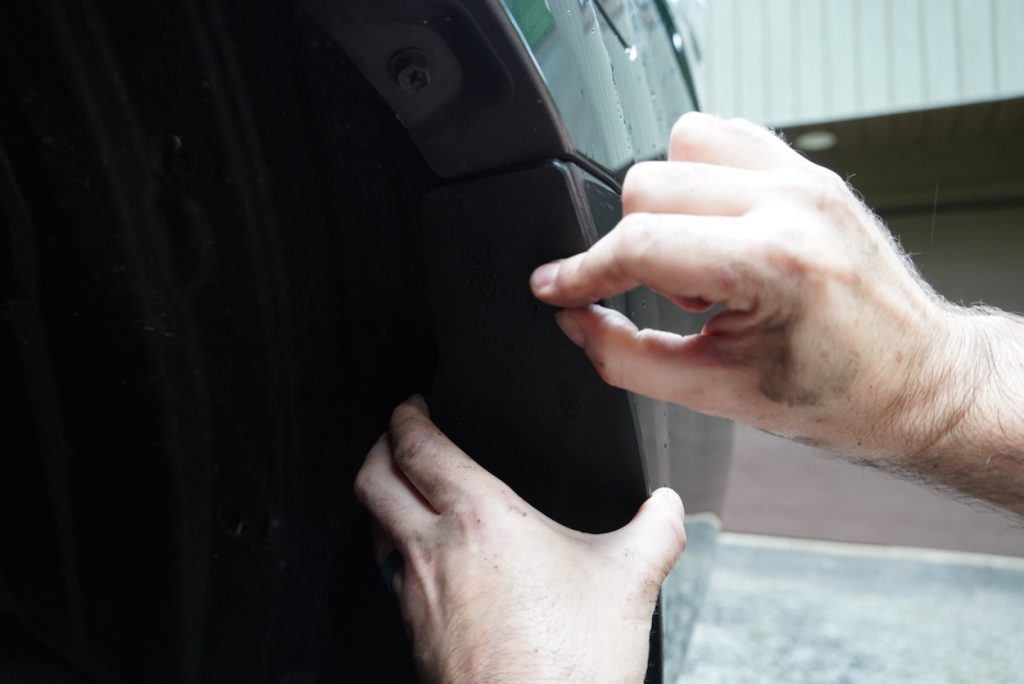 Be sure to loosely install the bolts until the clips are installed. All bolts will go in through the innermost openings and the clips will tie into the outermost openings.

Pop in all three (3) push clips into the remaining holes. Align the mud-flap delete to the fender flare line and tighten down the three (3) 10mm bolts. 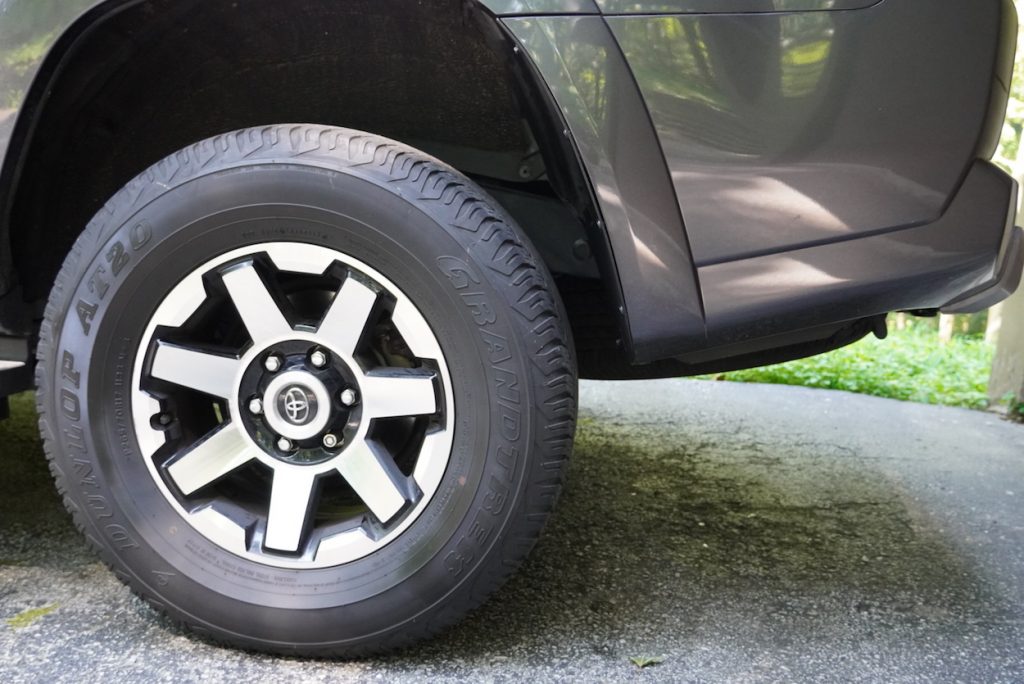 This is one of those mods that are not only simple and straightforward to install, but it just makes a lot of sense if clearance is what you’re after. To boot, it gives the rear end of your 4Runner a much more attractive and low-profile look. 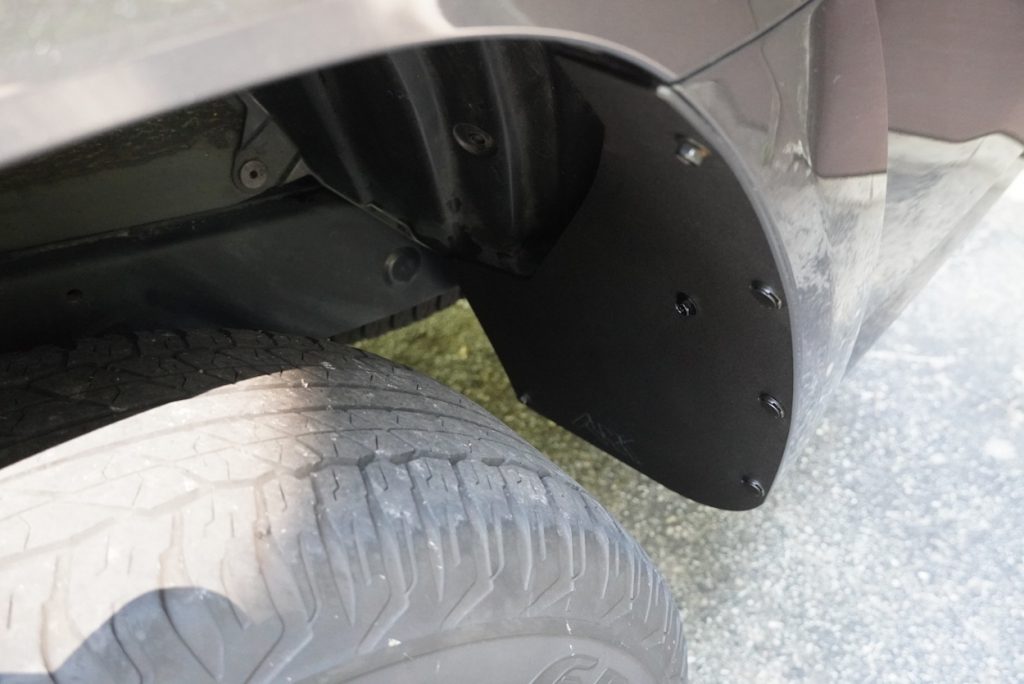 ARK’s rear mud-flap deletes are made from 1/8″ EPDM (ethylene propylene diene monomer) plastic, which is the same material often used to coat exterior electrical wires – so chances are, this stuff is going to last. Using less techy terms, the rear mud-flap delete material feels similar to a durable (but thinner) plastic cutting board. Mud doesn’t seem to bond to these pieces nearly as much as it did to the OEM flaps. 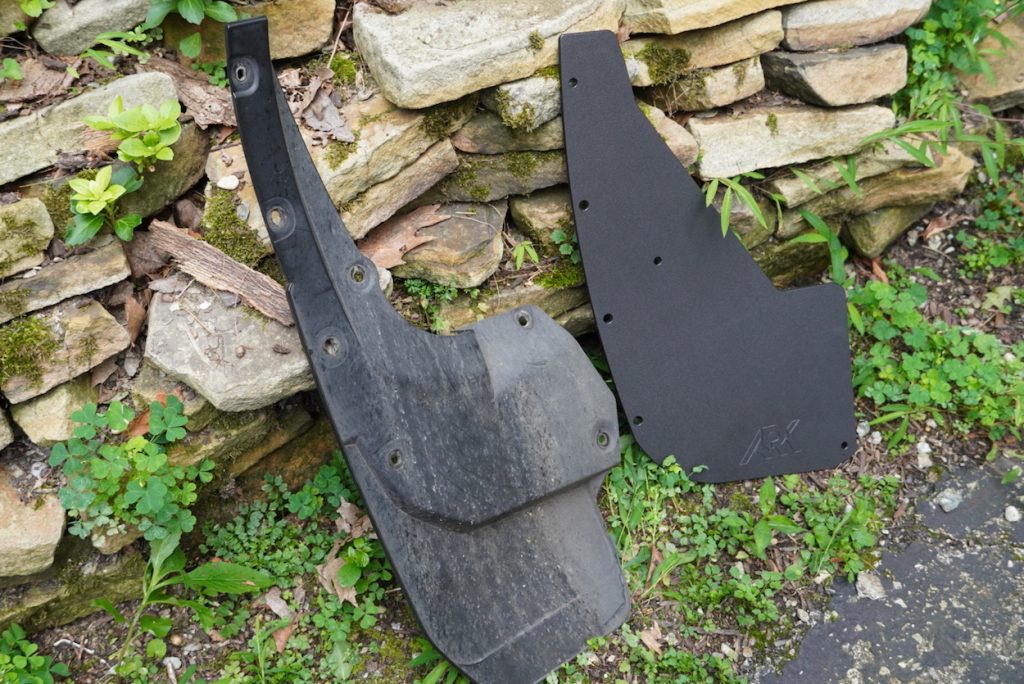 While the OEM plastic wheel well guards were probably fine enough, they are bulky and over time, the plastic starts to show its age. 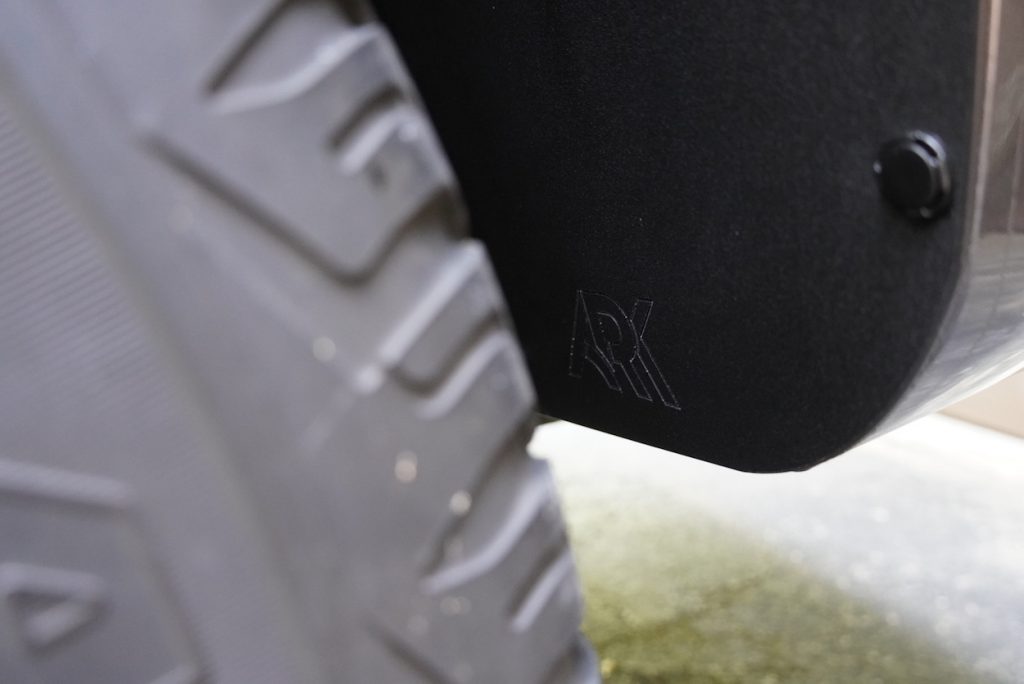 Lastly, ARK offers custom-etched logos on its products. If you’re interested in having something like your Instagram handle, or even the Trail4R logo, etched into the mud-flap, message them directly at sales@arksplashguards.com.

With all of that said, this is one hell of a product and something you should strongly consider if you’re looking for better clearance or that low-profile look!

how do you think these compare to the RevTek?

Have you noticed any chips or dings on your rear rocker panels? I mean, the mud flaps definitely serve a purpose (protection), so I wonder if removing them has caused any issues. The deletes look fantastic, just not sure if I do enough “off-roading” to justify losing the extra paint/body protection.

Would you rather have the bumper ripped off when you snag something or some small chips in your paint?

Has anyone come up with a front mud flap delete kit for a 5th gen?

Huh? You just remove them lol. There’s no hole in the front like there is in the rear. What kind of kit would you be wanting?

I was curious about front kits as well. the exposed frame with the Bolt / Clip holes doesn’t look great on the white car. would like to match with the black rear kit