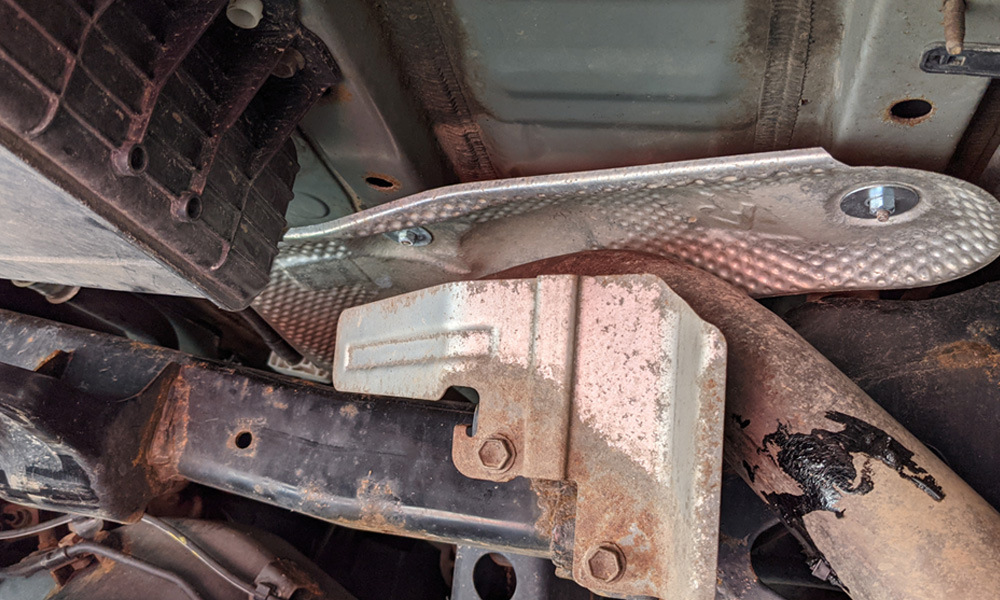 The other day I did some trails that included a water crossing.

After the conclusion of the trail, I looked under for any damage that may have occurred. I saw a few dings on my skid plates but nothing major. That is until I started driving home and heard something rattling around. I did some more investigation and realized that the “C” shaped rear heat shield had come fully loose.

After some research, it seems most people did similar things. I am going to compile that knowledge here for you.

How to Secure Your Heat Shield 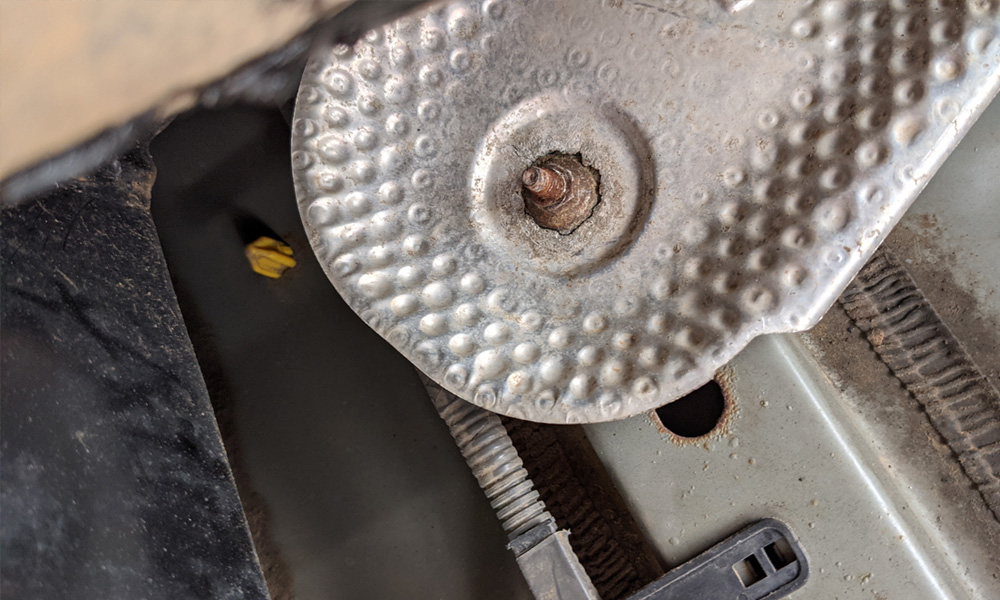 If you are in a similar position as me, the heat shield has come fully off. Usually, this happens because the heat shield itself has worn out and fallen through the nuts holding it up. In my case, large fender washers made it easy to reattach the heat shield. 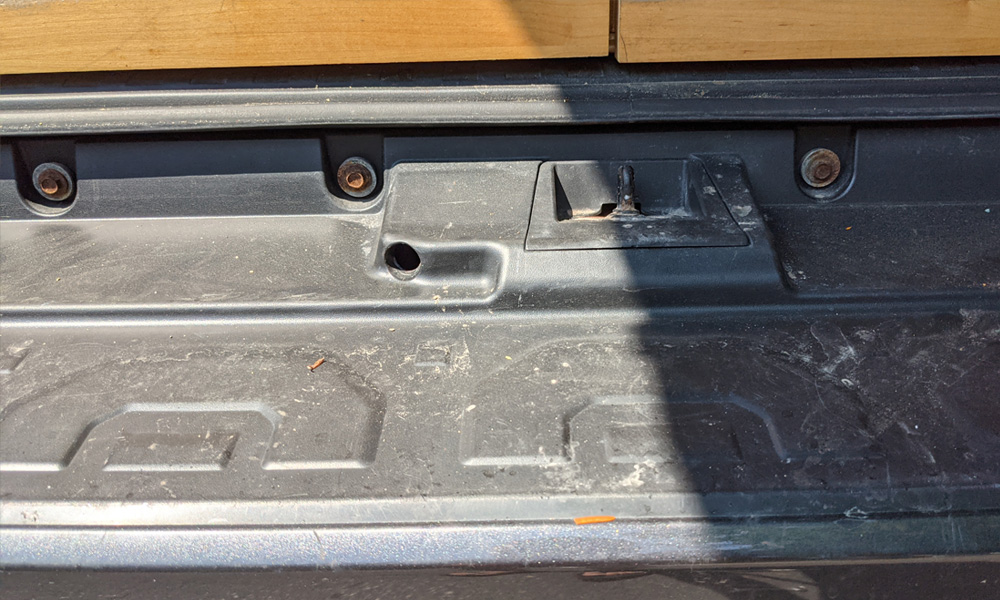 Remove your spare tire (if it is stored under your truck). This will make give you much more space, making it much easier to take off the old nuts and put new ones on.

To remove your spare tire you must: 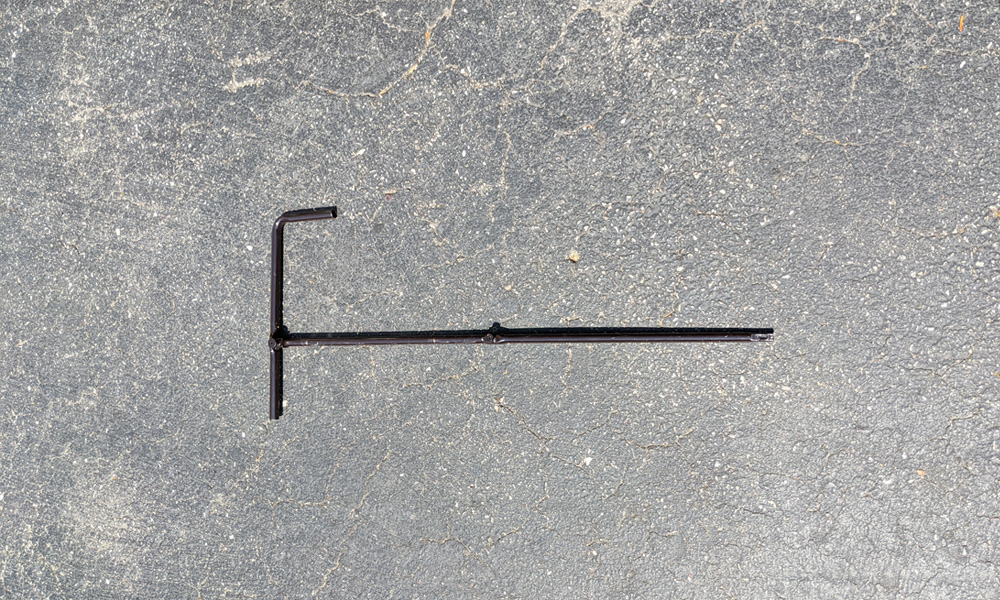 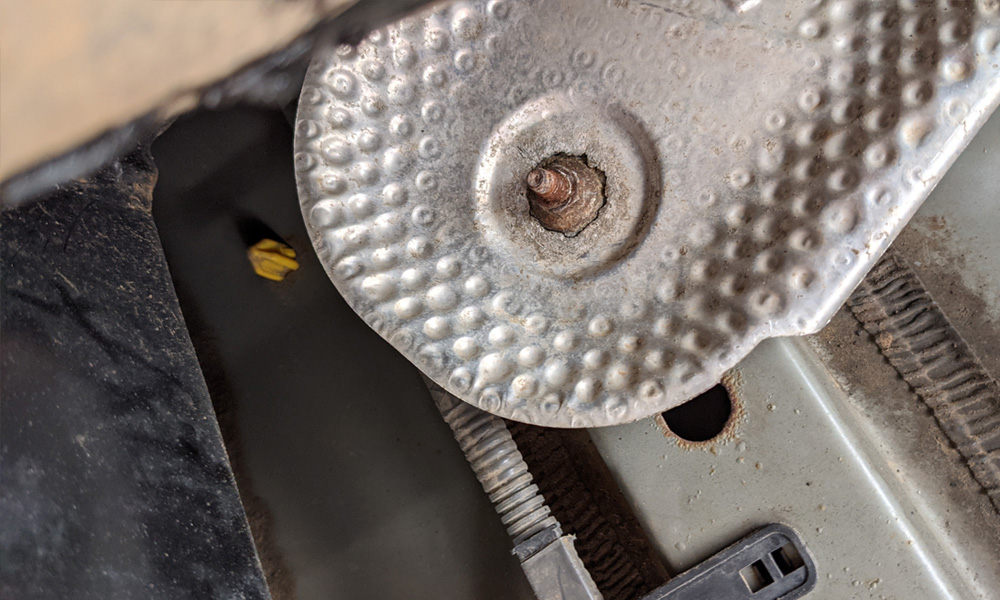 Now that you have the spare tire off, get under the car and see how badly the rear heat shield is. The one shaped like the letter “C” over the rear of the exhaust pipe. It is held up with three bolts and for me, all three looked like this:

You may only have one or two of the bolts that need attention. 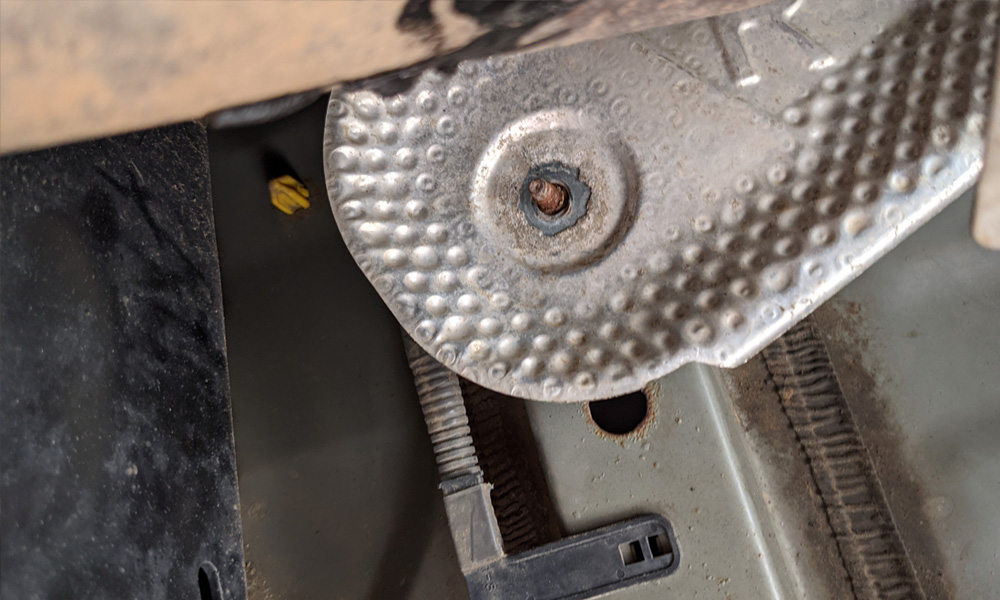 Here you can see the fender washer put before the heat shield.

Remove the old nuts (or not). This step is optional because I had very rusty nuts and I broke off some of the bolts trying to get the old rusted nut off. If you can get it off easily using some PB blaster or WD40, then it would be better to remove it. If you cannot then it is not an issue, and you can move on to the next step. 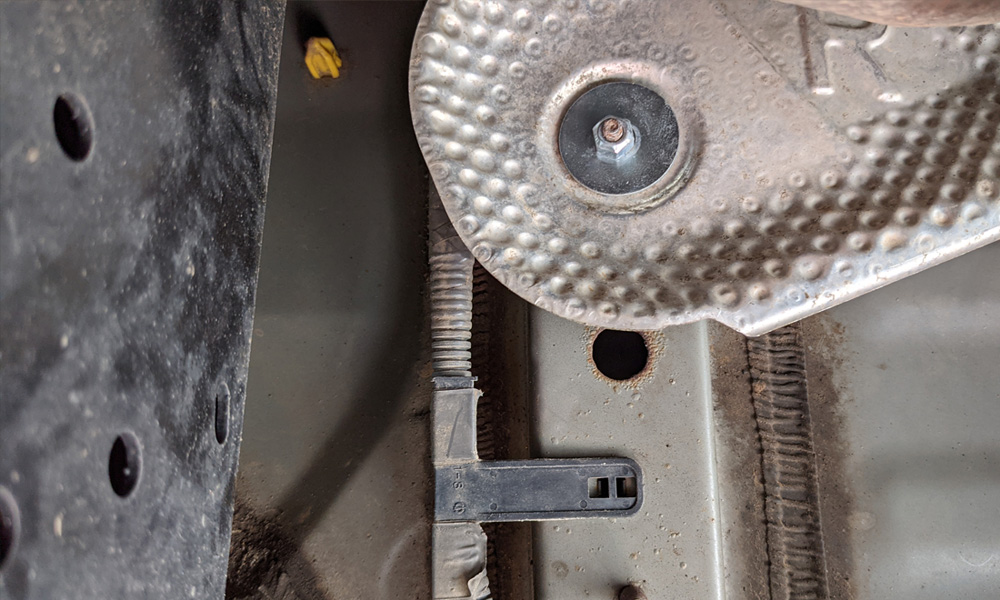 If you were able to get the old nut off, skip the first fender washer so you would just put the heat shield, a fender washer, and then the nut. When tightened down it shouldn’t move and should look something like this:

Note, getting to the bolt closest to the muffler is sort of difficult. I wasn’t able to get a ratchet there so I had to reach around the differential and use a small wrench and slowly turn the nut tightly.

This could happen on any of your heat shields including the one above the muffler, as well as the one above the front portion of the exhaust. While you’re under there it would be good to check those as well, as I had a bolt that had rusted out.

Also, some of you might be asking, couldn’t you just remove it? In my opinion, it’s probably there for a reason, and if it’s not too much money and effort then it is worth it to put it back.

Hope this helped some of you solve this small issue cheaply and quickly.

Hey guys, I'm Max. I grew up in Massachusetts and I like Toyotas, snowboarding, hiking, kayaking, and traveling to new places!