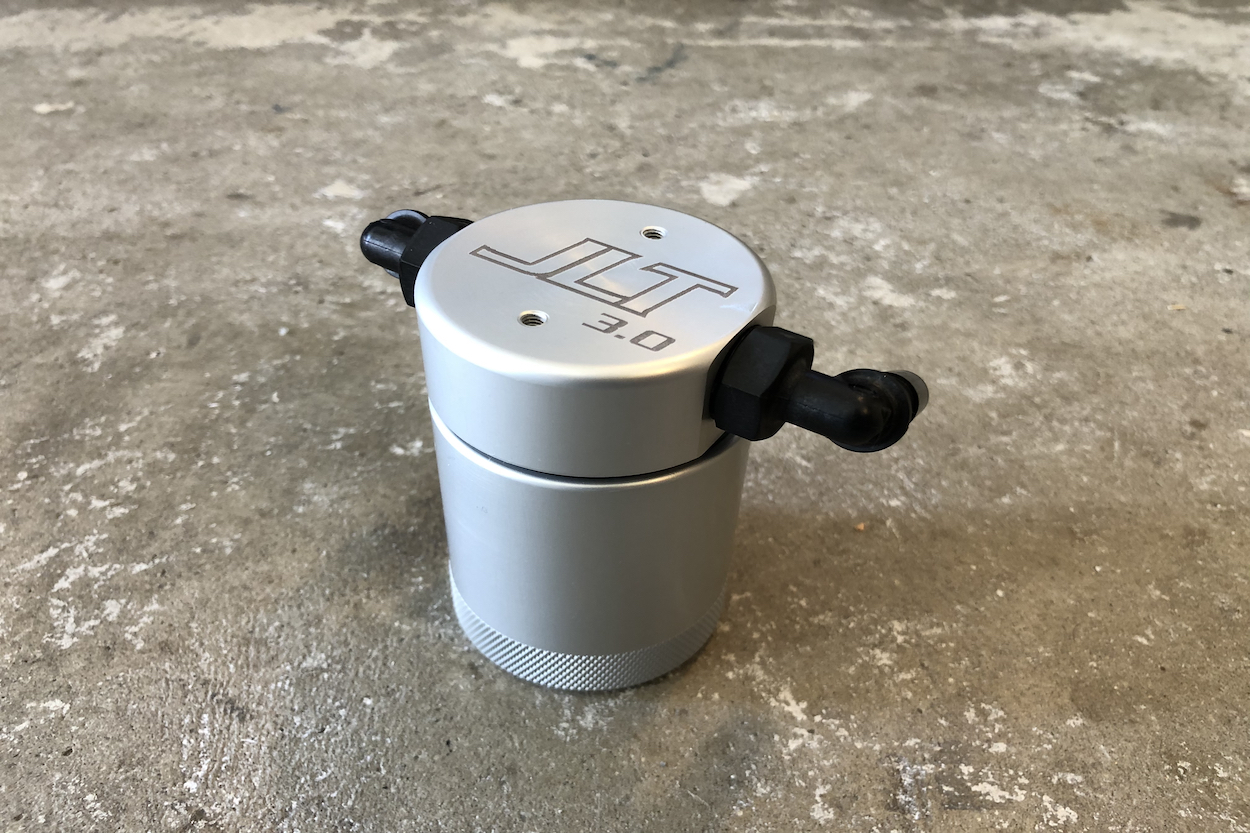 What is the purpose of an Oil Separator you ask?

This phenomenon is known as “blow-by” or blow-by gases. Now the pressure will eventually build up in the crankcase from the blow-by, and eventually, this pressure will have to be vented somewhere and this is where the Positive Crankcase Ventilation (PCV) valve comes in.

The PCV valve vents the blow-by from the crankcase into the intake manifold to be fed back into the combustion chamber to be burned off. The PCV valve does this so that these blow-by gases don’t mix with the oil, causing sludge build-up and oil degradation over time. One of the problems with the PCV system is that the oil and unspent fuel will eventually build up in the intake valves and over time reduce engine efficiency. Basically, the PCV valve doesn’t catch everything. It’s designed to catch a lot of blow-by gasses but misses quite a bit over time.

This is where the JLT Oil Separator comes in.

JLT Catch Can Install and Overview 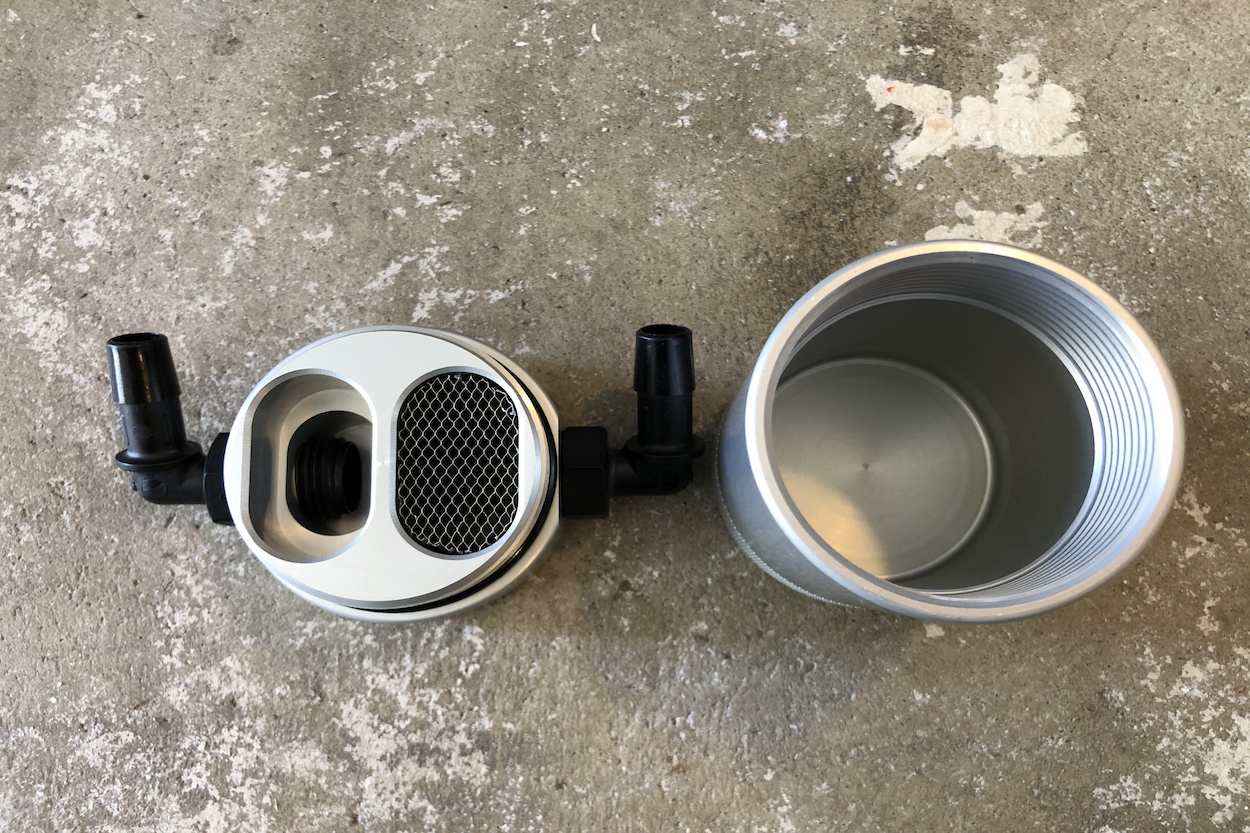 The JLT Oil Separator sits between the PCV valve and the intake manifold. It consists of two parts: the filter housing and the oil catch can.

The filter housing filters the blow-by from the PCV valve through a fine mesh stainless steel screen that traps the oil vapor so it condenses into tiny oil droplets and in turn gathers into a bigger droplet in an aluminum honeycomb filter below.

Once the droplets are large enough, it then falls into the oil catch can. Meanwhile, the gasses from the blow-by are passed back into the intake manifold without the sludge building oil and fuel.

What’s in the Box? 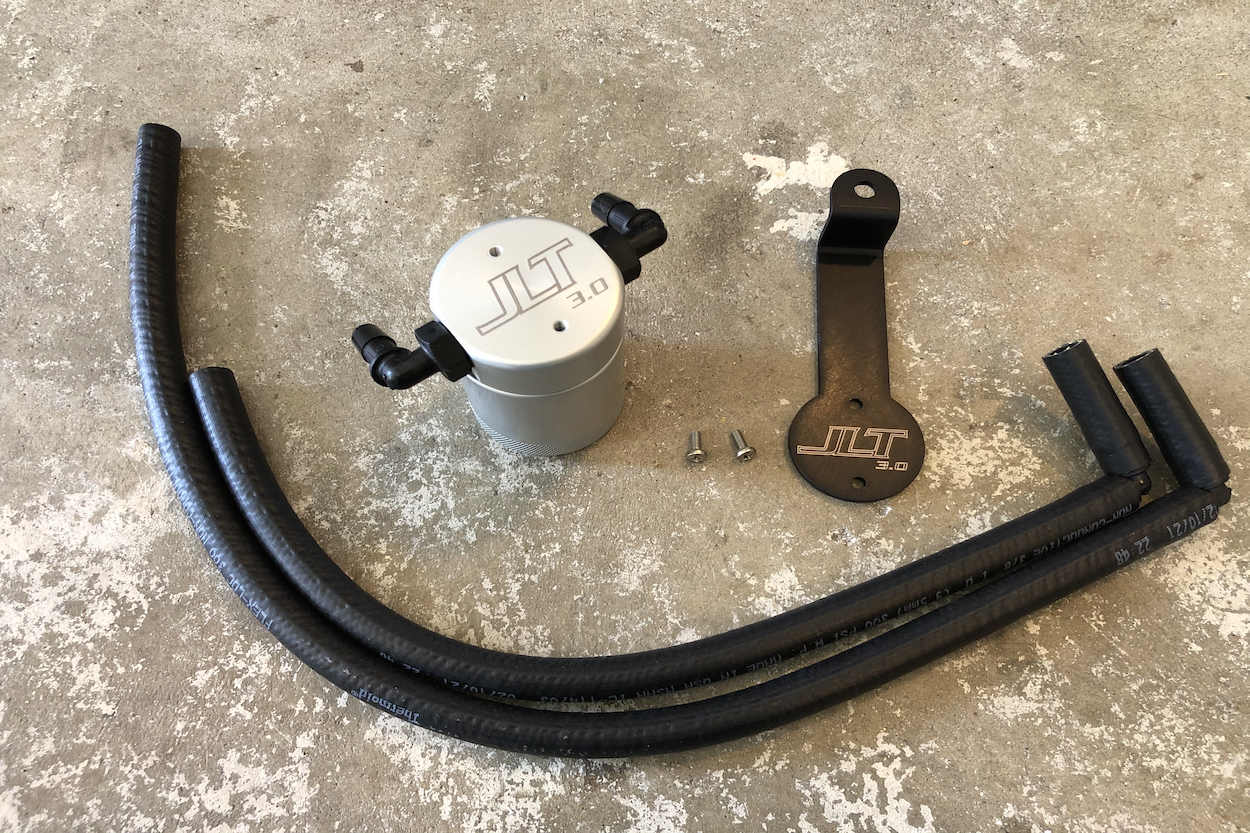 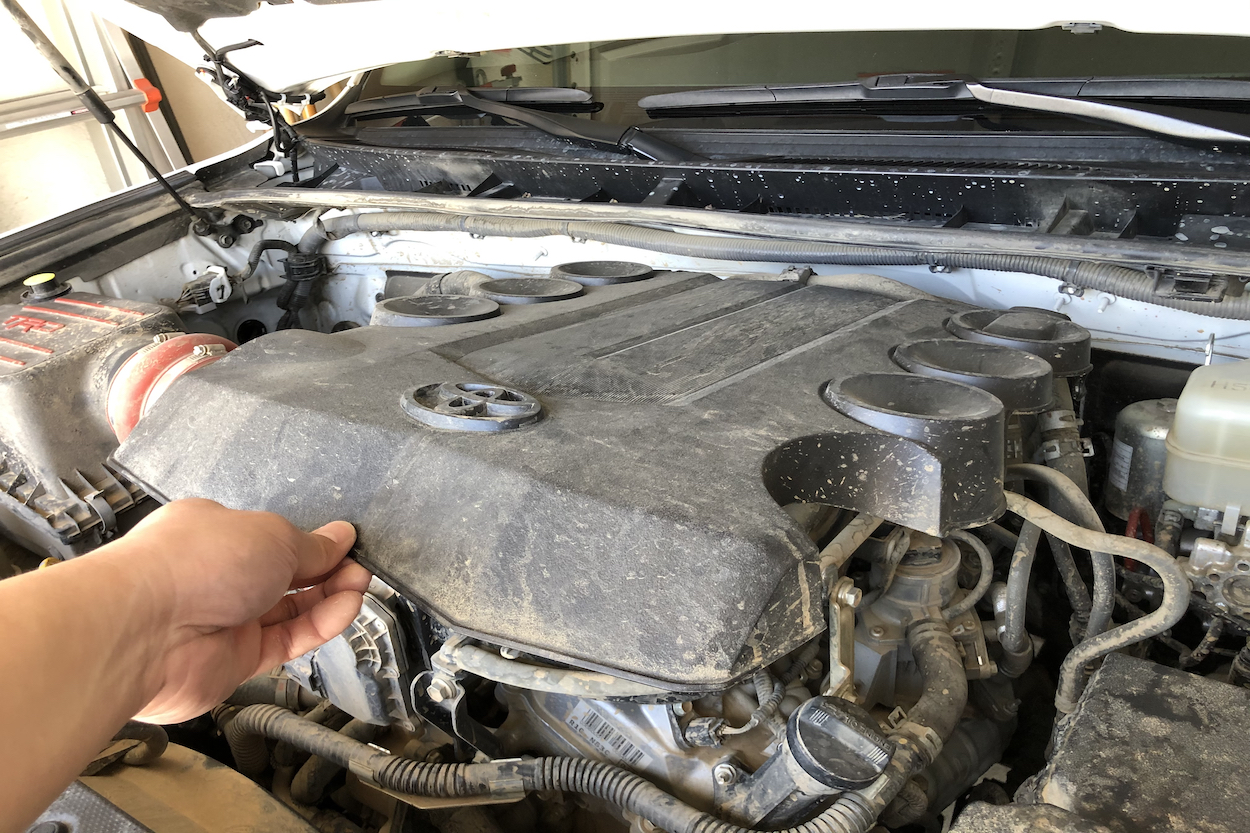 Pretty simple start, lift up on the plastic engine cover and then pull it towards you. 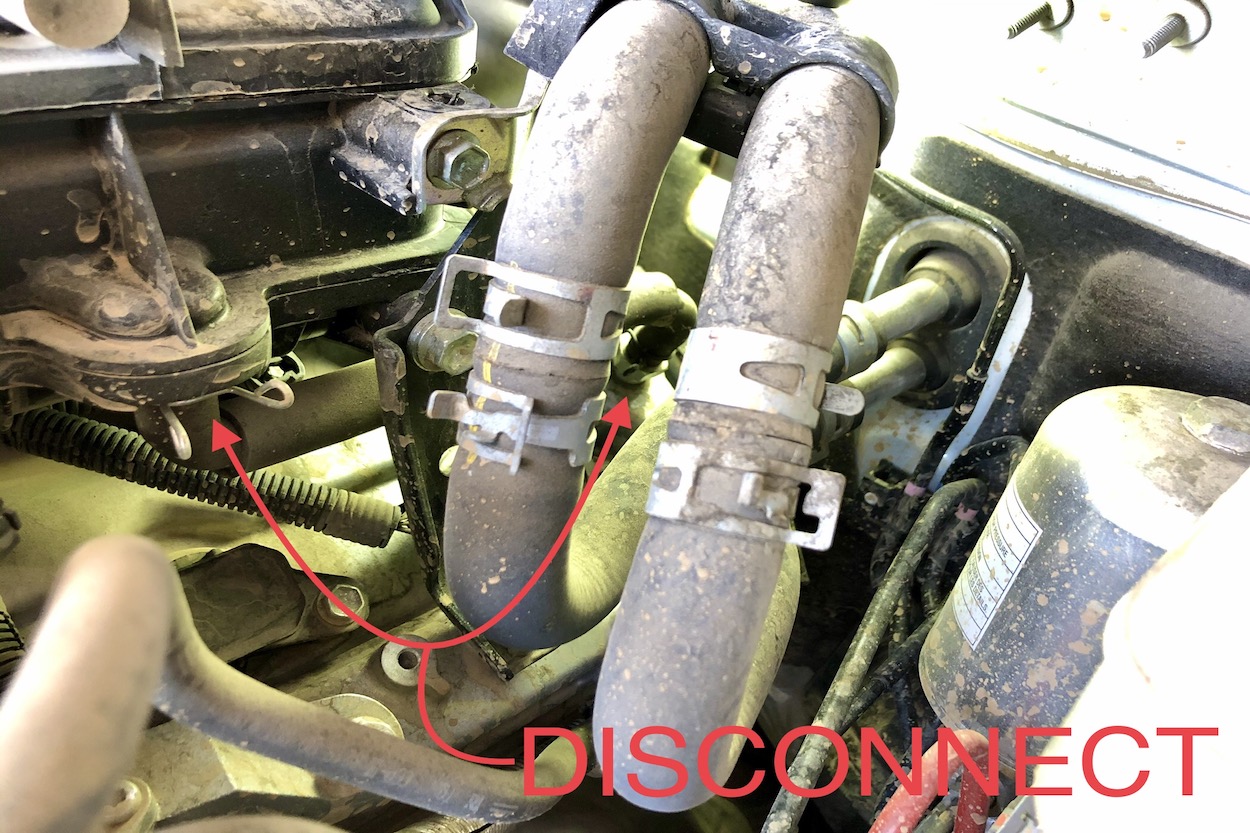 With the cover removed, locate the PCV hose on the driver’s side of the engine. The PCV hose is connected to the intake manifold and the PCV valve on the valve cover. Locate the two spring clips at both ends of the hose and slide them towards the center of the hose. Once the spring clips are no longer clamping down on the connectors, gently pull and remove the hose from their connectors. 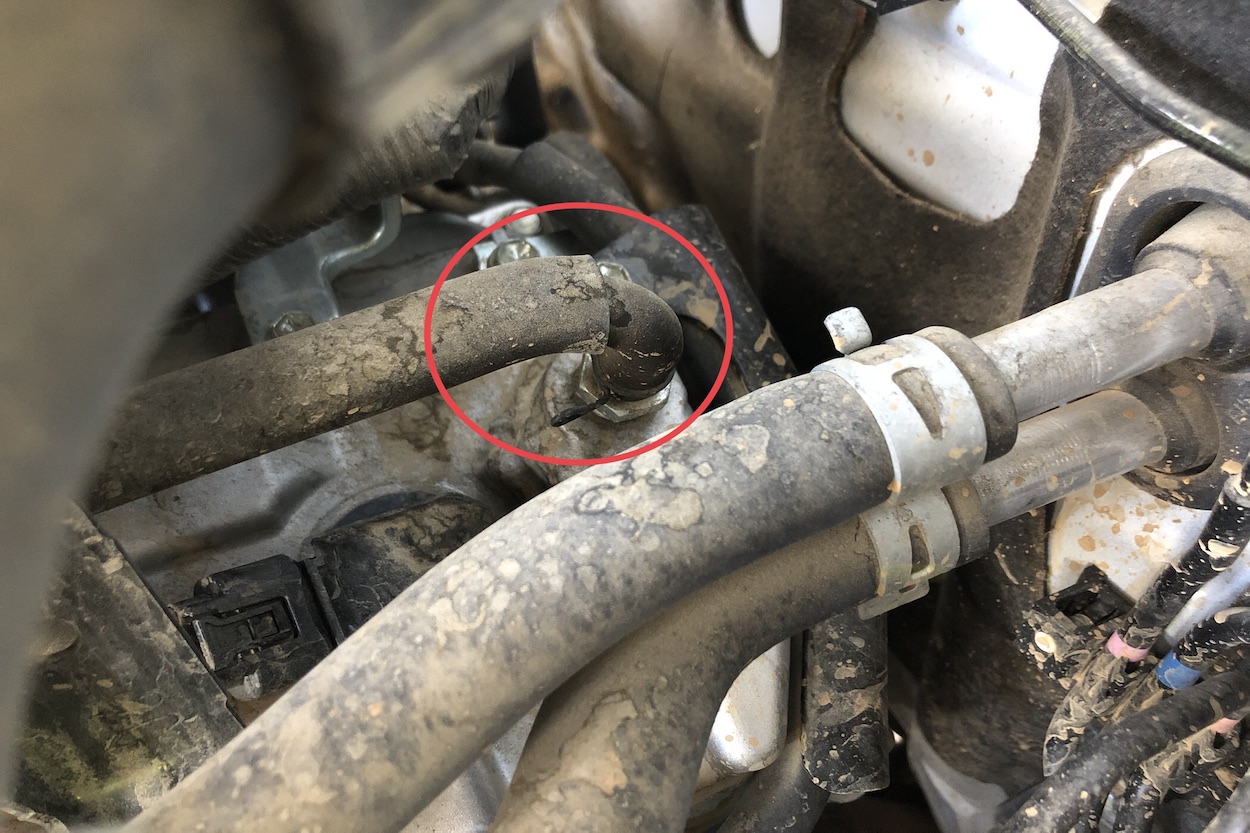 The PCV valve on the valve cover is harder to get to, but if you follow the hose from the intake manifold side, it should be right there. 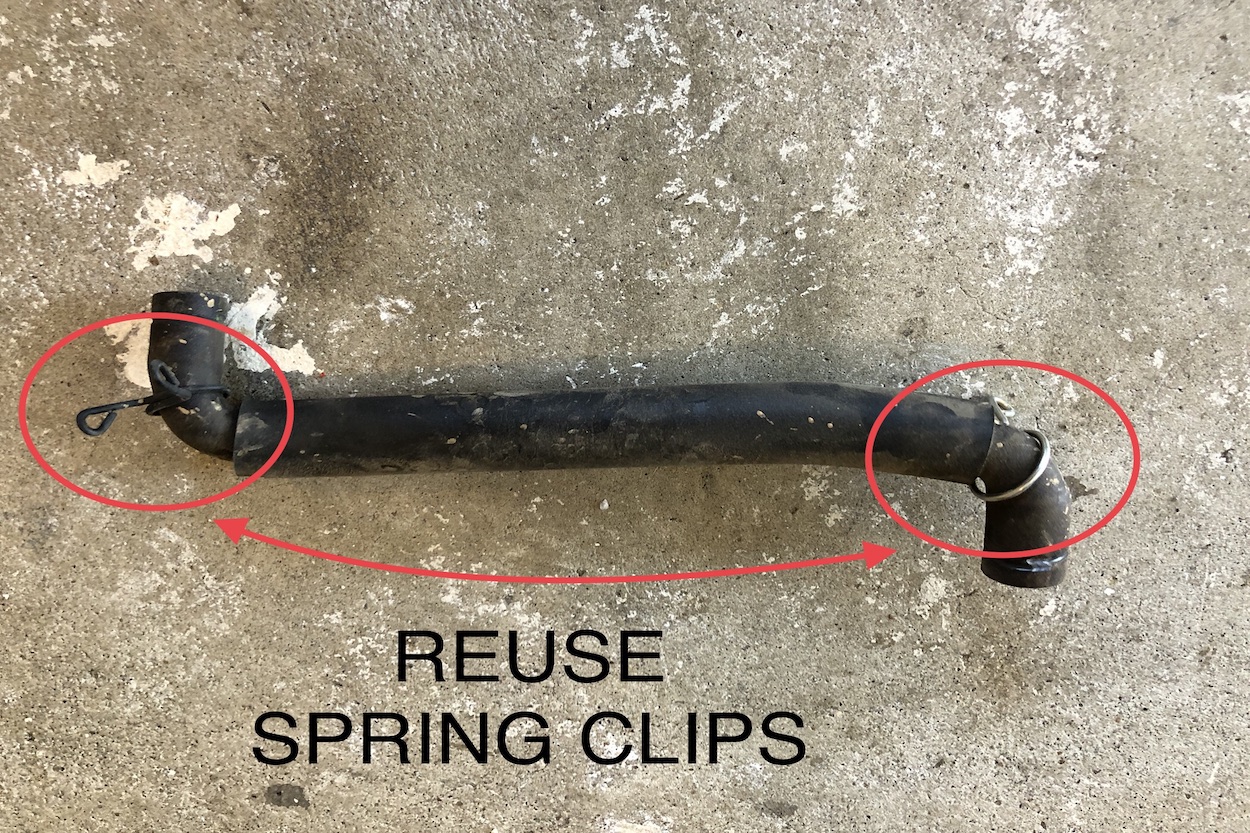 Remove both spring clips from the PCV hose and transfer them to the short section of the PCV Valve Hose and Intake Manifold Hose. 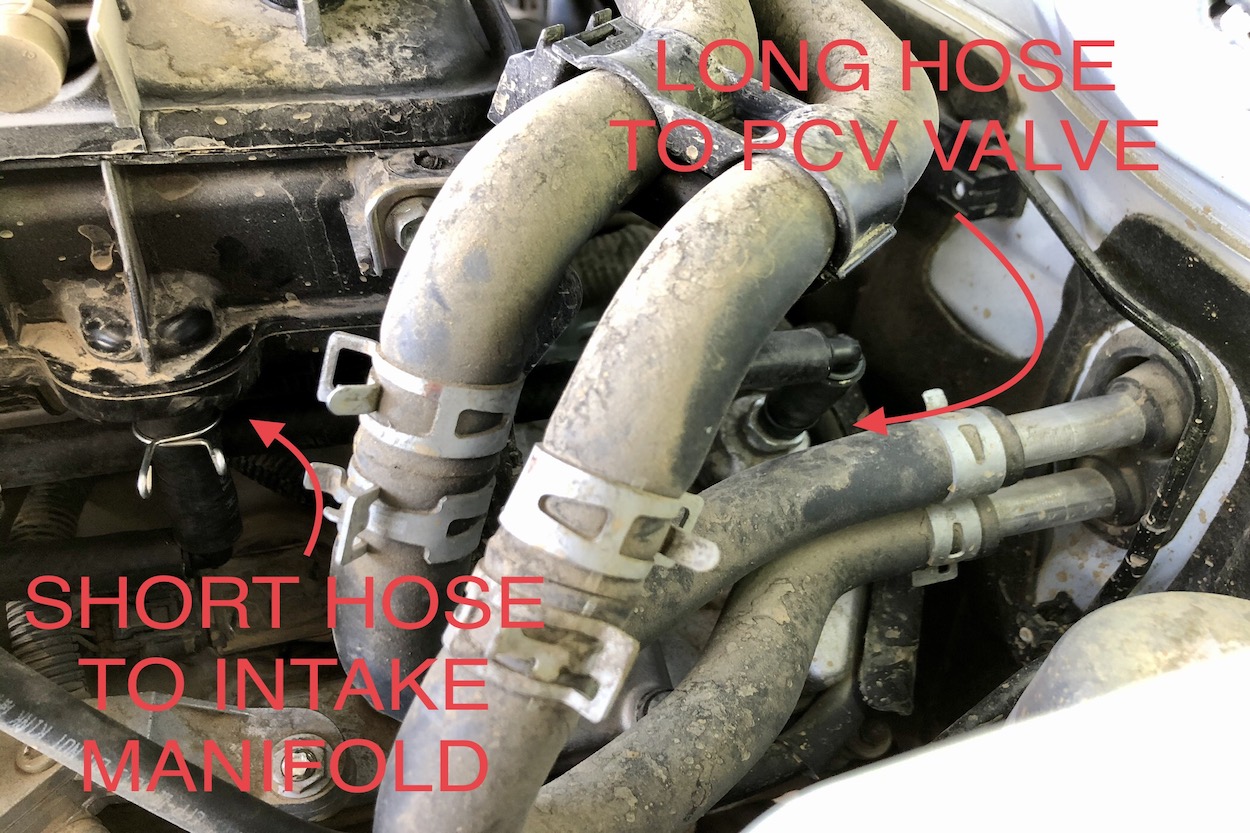 Starting with the PCV Valve Hose (Long) route the hose from back to front and connect the short end of the hose to the PCV valve. I put blue painter’s tape on the PCV Valve Hose to make identifying the hoses easier. Then, lightly grease the intake manifold connector. 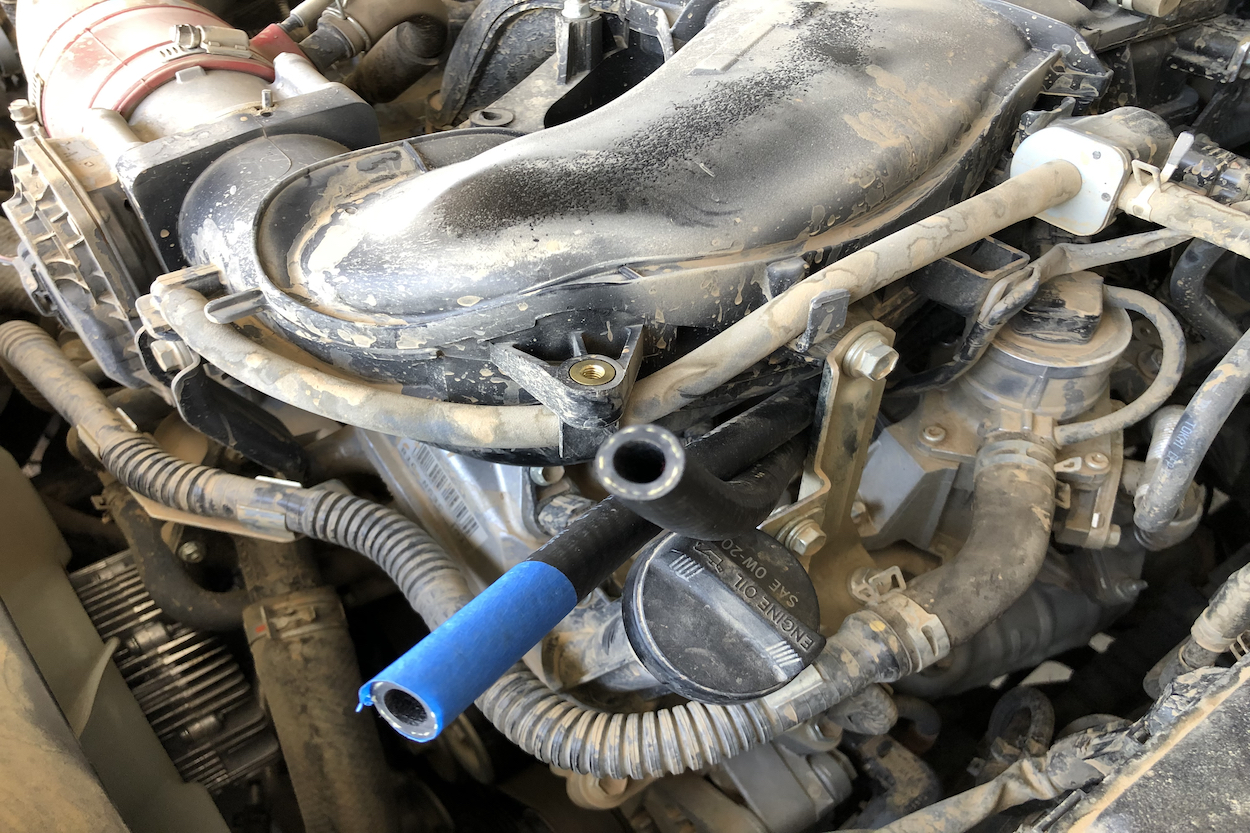 The other end of the hoses should come out next to the oil cap. 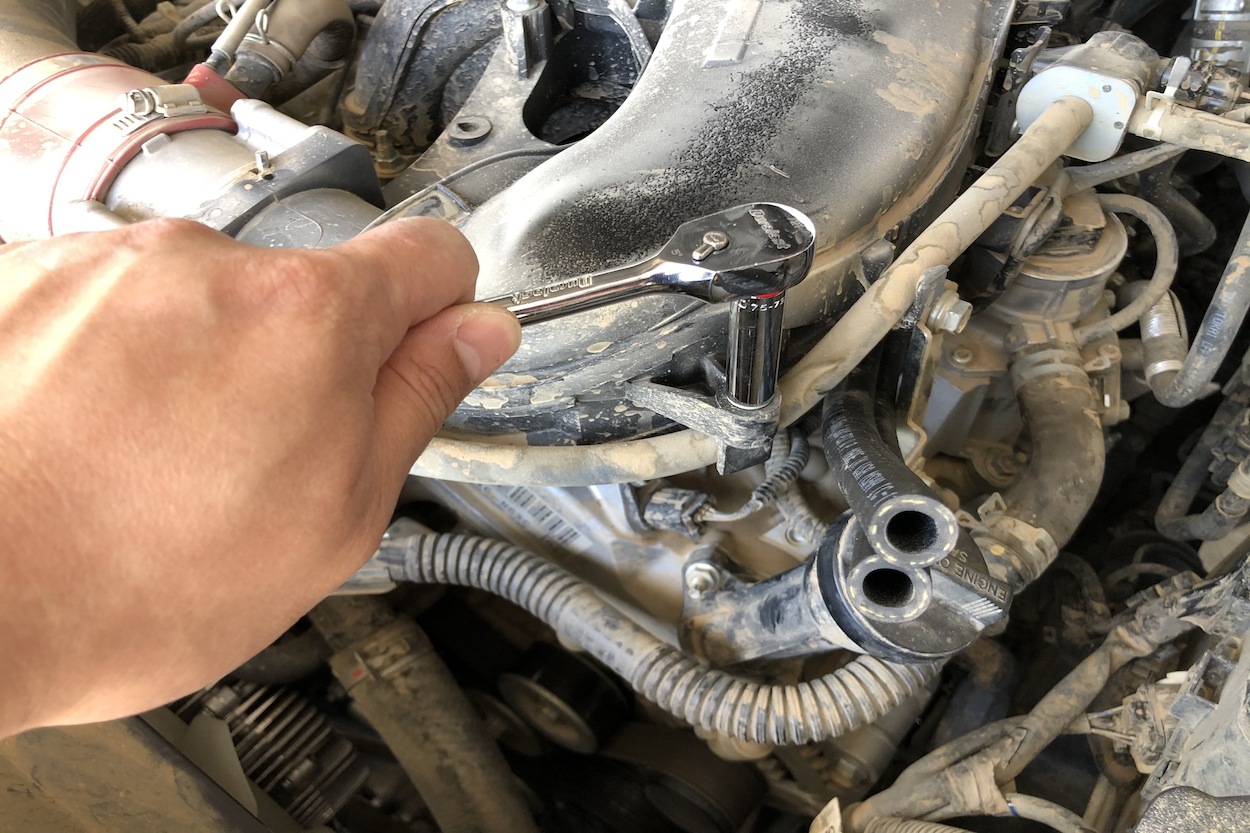 Using a 10mm extended socket and ratchet, remove the ball stud from the intake manifold. 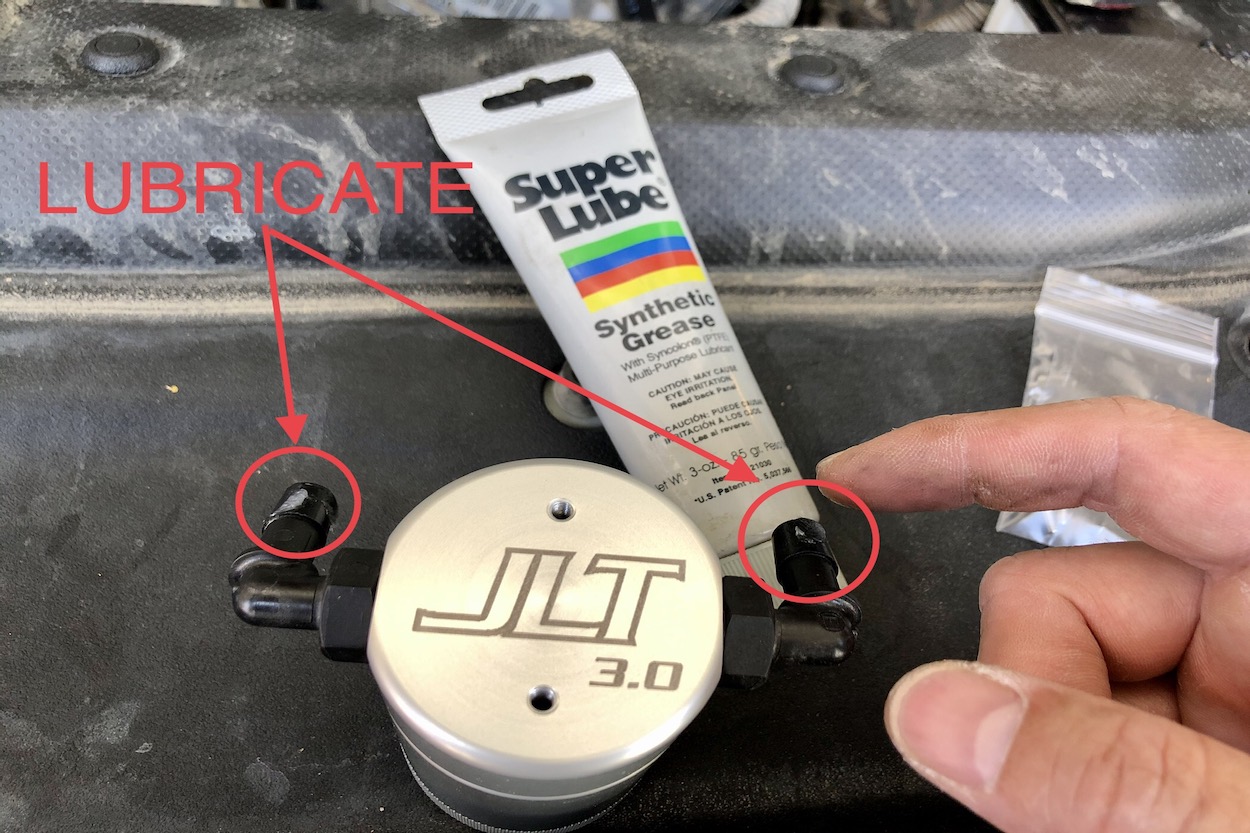 Lightly grease the two connectors on the JLT Oil Separator 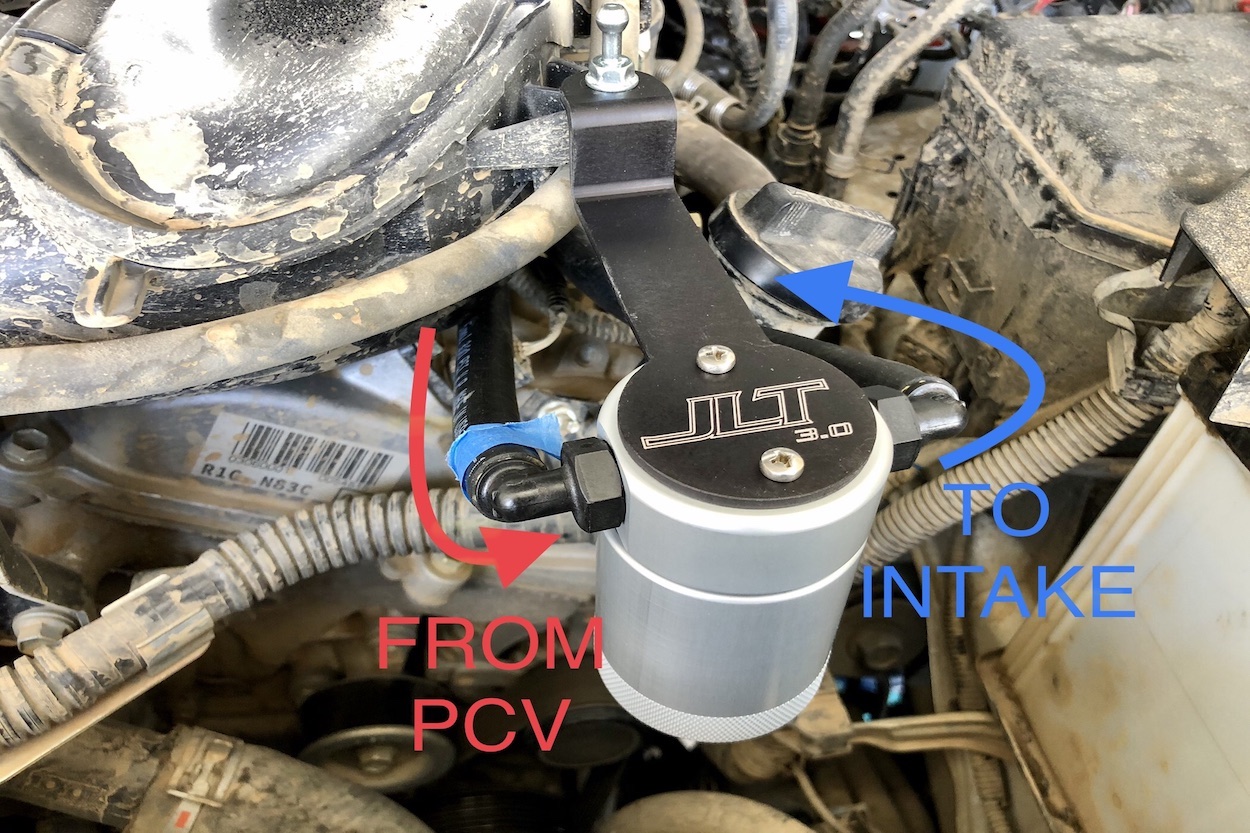 Connect the PCV Valve Hose to the “J” side of the Oil Separator. 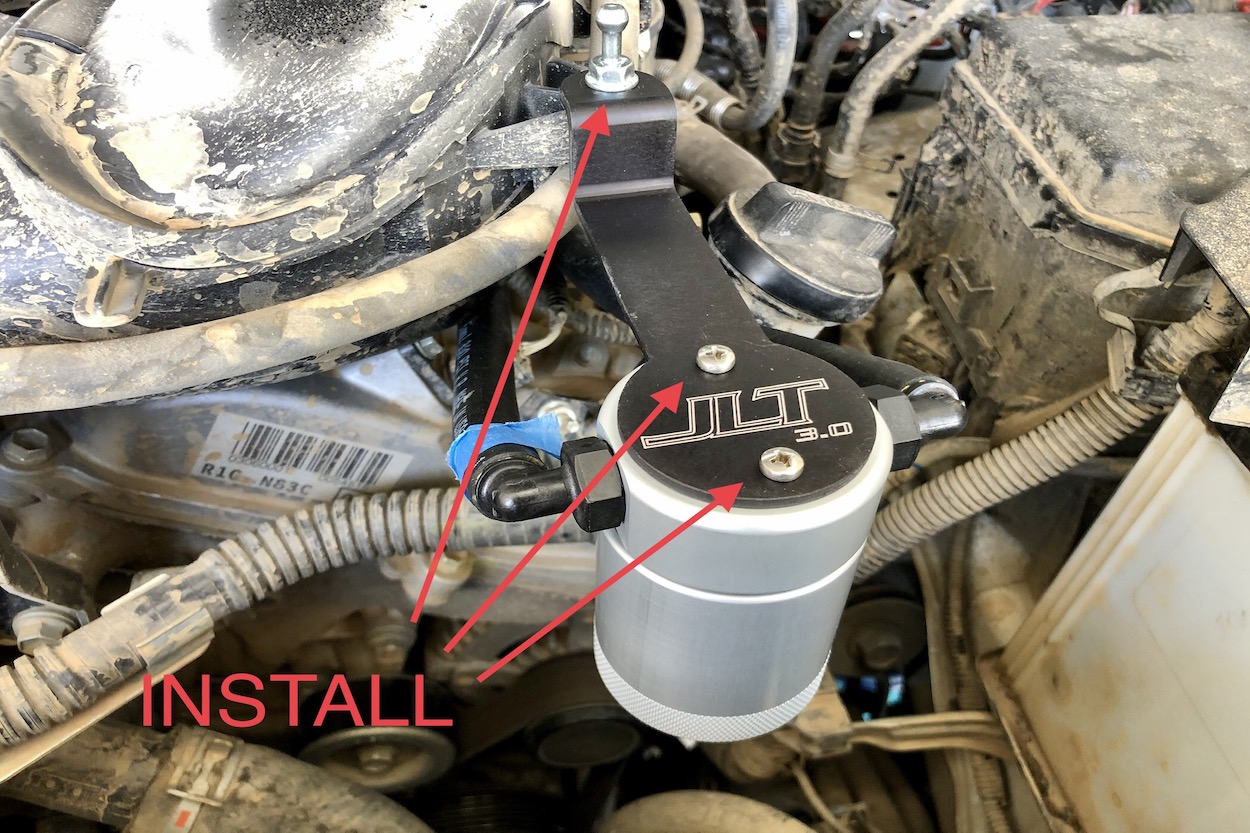 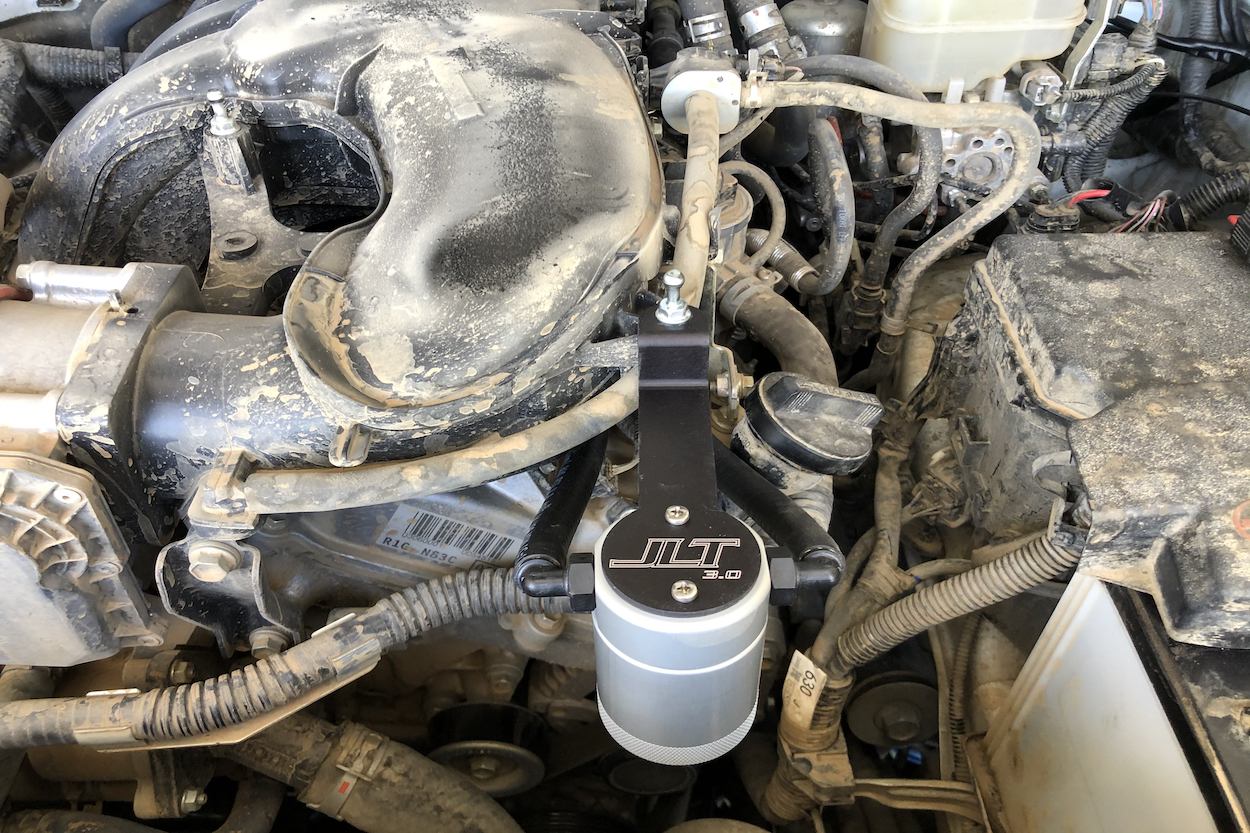 The engine cover will rest on the top of the Oil Separator Bracket and according to JLT, this is normal. 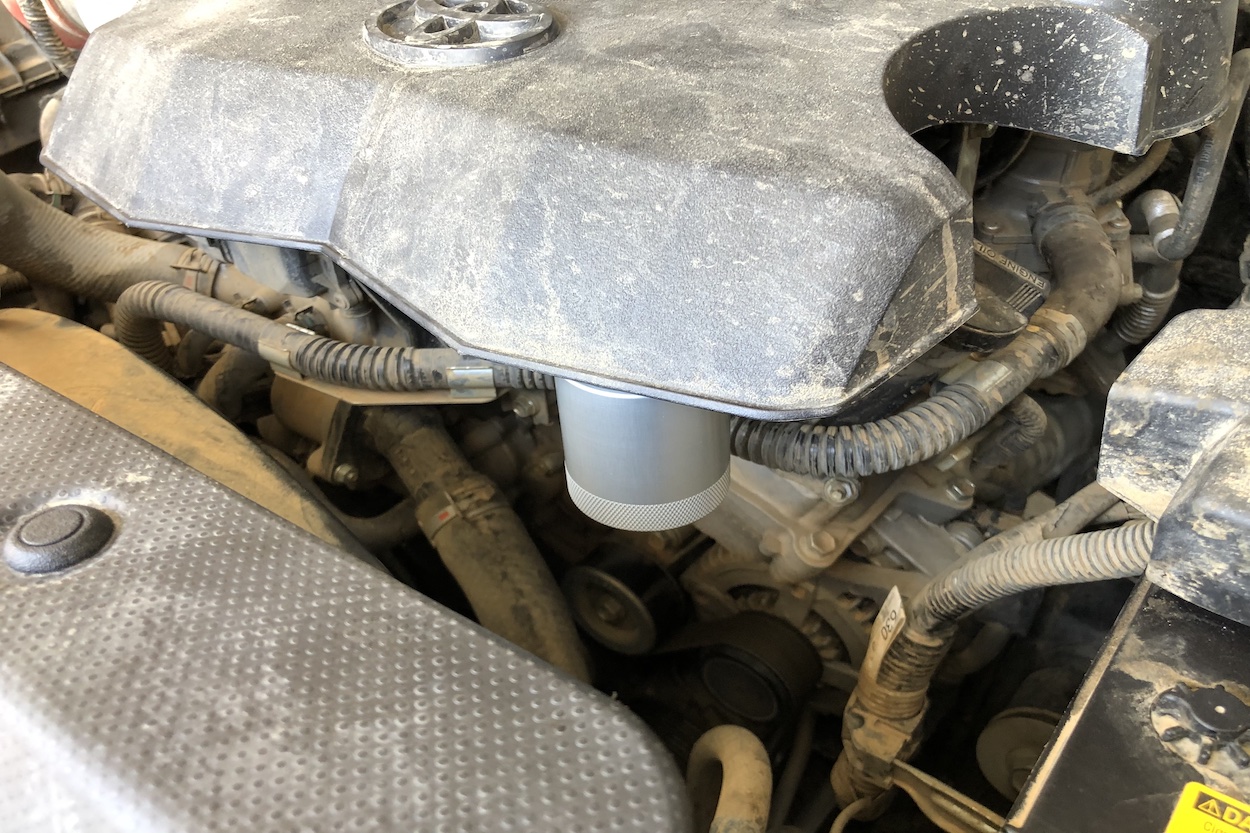 Oil separators and catch cans in general are one of those modifications that don’t really have a downside. It will keep oil and unspent fuel out of your intake manifold and maintain engine efficiency. An oil separator is definitely a good modification to invest in if you plan on keeping your 4Runner for miles to come.

Check back for an update after 3,000 miles to see how much oil has been accumulated. 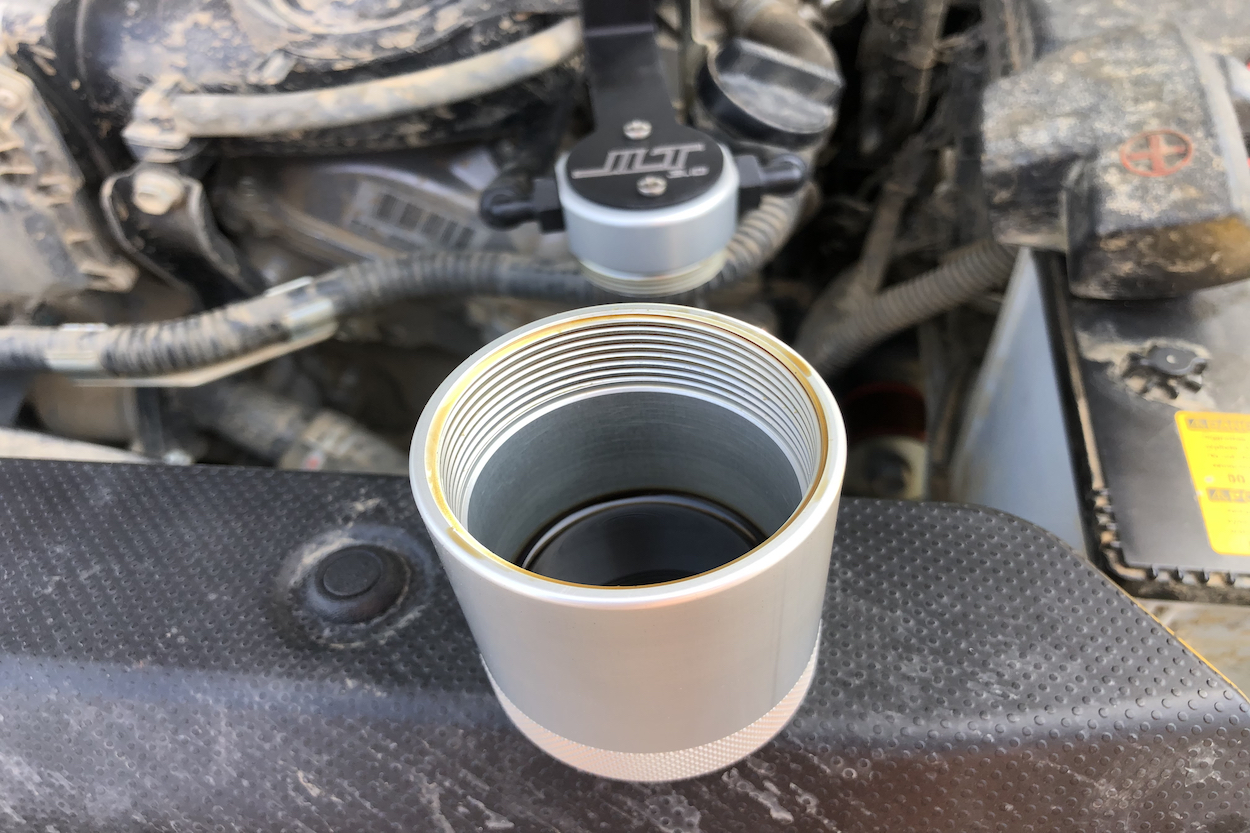 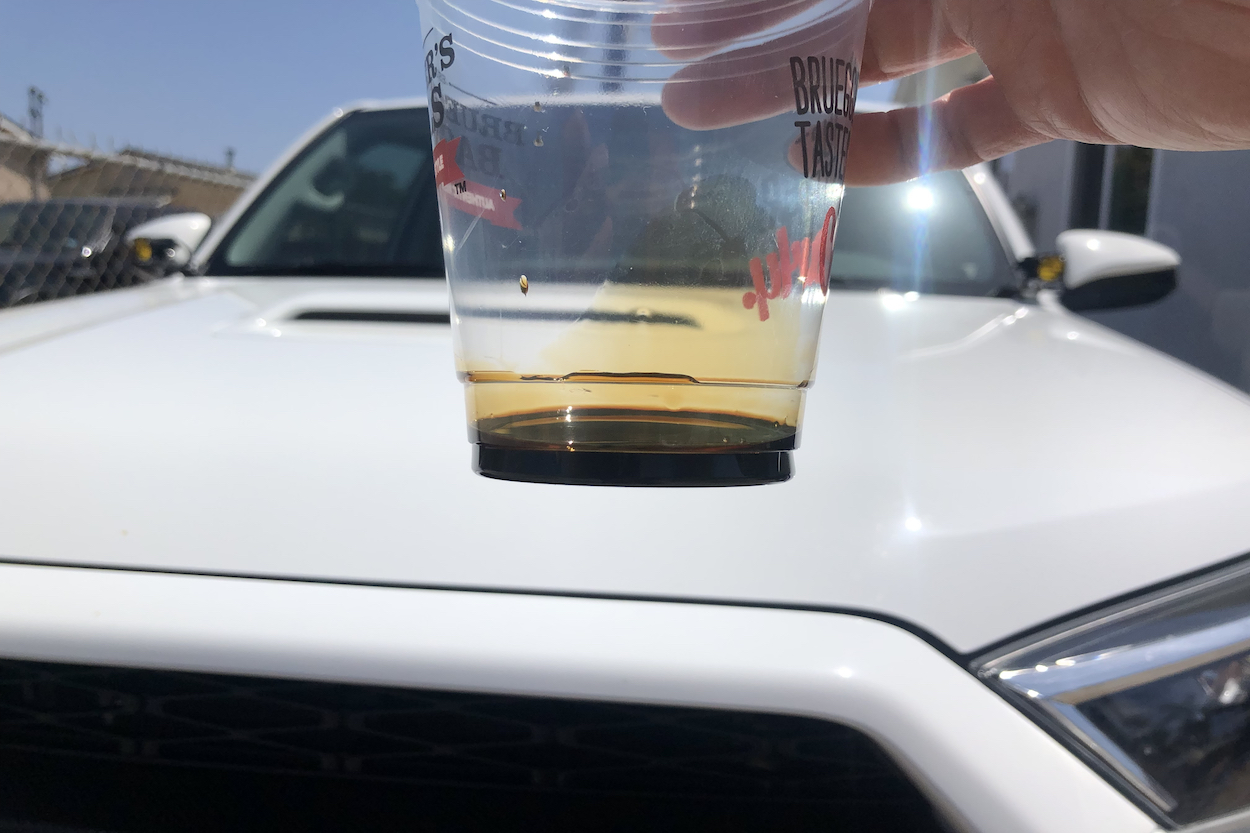 Hey guys, my name is Jensen and I’m from SoCal! I like working on cars, exploring the outdoors, climbing and leaving the pavement.

I installed one a few months back. Didn’t expect it to fill up so fast. After remembering to check after two months it was full to the top. Checked it again after 3 weeks and it was already halfway full. Granted, I do put a lot of miles on.

I installed this a while back and have noticed a number of improvements after putting a fair number of miles. First, I’ve noticed better gas mileage in the city. The overall power and throttle response seems to have improved. My truck feels more responsive. The stance, and the lift have also improved as well as the overall off road capability. It handles much better on the trails and washboards. I was thinking about re-gearing my truck but this upgrade basically negated that need.

The stance, and the lift have also improved? With a catch can???

I have just ordered mine. I do have a couple questions.
1. How often do you check the catch can? 2. What do you do with the oil that is in the catch can when you empty it?

I do my own oil changes so I have a few container that I use to collect used motor oil. Once they are full I’ll take it to my local auto part store or local Household Hazardous Waste Disposal Site.

Seems like an answer to a problem no one is having.

The PCV system is there to help protect the environment. Using this system defeats that purpose. If you do use this system, please dispose of the waste responsibly.

Preach to China and India. Most Americans are responsible.

Only defeats the purpose of the PCV system if the waste is improperly disposed. You are correct always dispose hazardous waste accordingly.

So far at ~2k I have not noticed any build ups in the PCV line.

Thanks for posting, I bought one and can’t wait to install it. I’ve been debating getting one for a while.

Says they wont even ship to a CA address… bummer….

The only downside is that if you live in California this can cause you to fail smog due to tampering with the emissions system. That is the only reason I haven’t installed one on my 4runner

Thanks for the heads up! I always keep the OEM parts I take out and good thing swapping it back in is pretty easy.