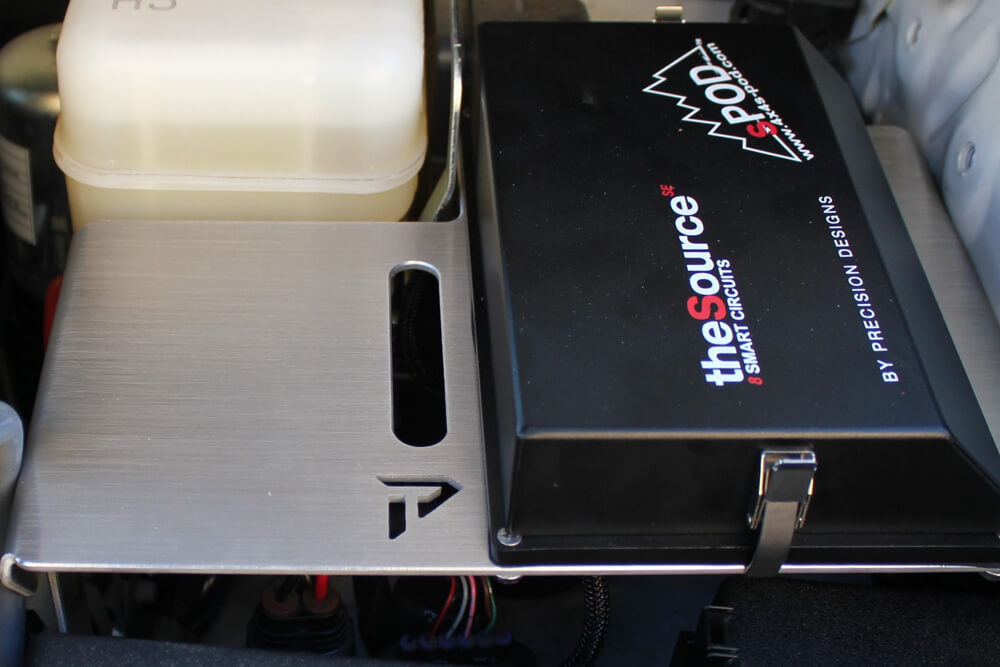 From the start, I knew that I wanted to keep my 4Runner simple since I myself, am a simple man.

I am not very experienced when it comes to wiring and electronics and with the amount of lighting and accessories that I desired, I was at a crossroads with myself.

Normally the more electrical accessories mean the larger rat nest of wires usually ending up under the hood or dash of my builds.

I promised myself I was not going to make the same mistakes again and with that so I ordered an 8 circuit sPod source SE System with Touch Screen.

This system is a living oxymoron as it is simple and complex at the same time.

It allows 8 accessories to be hooked up to the system while being expandable to 32 circuits all being controlled by one touch screen. The screen also gives you the temperature of the system and the voltage of the battery.

Like the popular Switch Pro switch panel, it can connect to a cell phone with an optional Bluetooth module if you would like. I would love to see and hate to own the vehicle that uses this to its full potential.

For me, the standard capabilities more than fit my build needs but the ease of expansion and upgrading gives me peace of mind for future modifications.

While I love the tactlessness of rocker switches they come at a cost of space.

I have seen people mount the 8 rockers in the lower cubby of the center dash. However, what about the next 8 switches? The 4Runner is not made to look like a cockpit of an Apollo SpaceCraft.

With that said, I was not sure how to mount the touch screen cleanly in 4Runner’s cabin. Which led to my next purchase, a PowerTray cut specifically for the sPOD. This allows all of the wiring to run underneath the system and maintain a very clean appearance.

For many of my accessories, I can leave a few extra feet of wiring to decide that if that is exactly where I want them with having a huge mess. I can neatly coil the wire underneath the tray out of sight.

Why would I do this?

Rock lights for one. I have moved my rock light location three times already and still not sure if they are perfect. 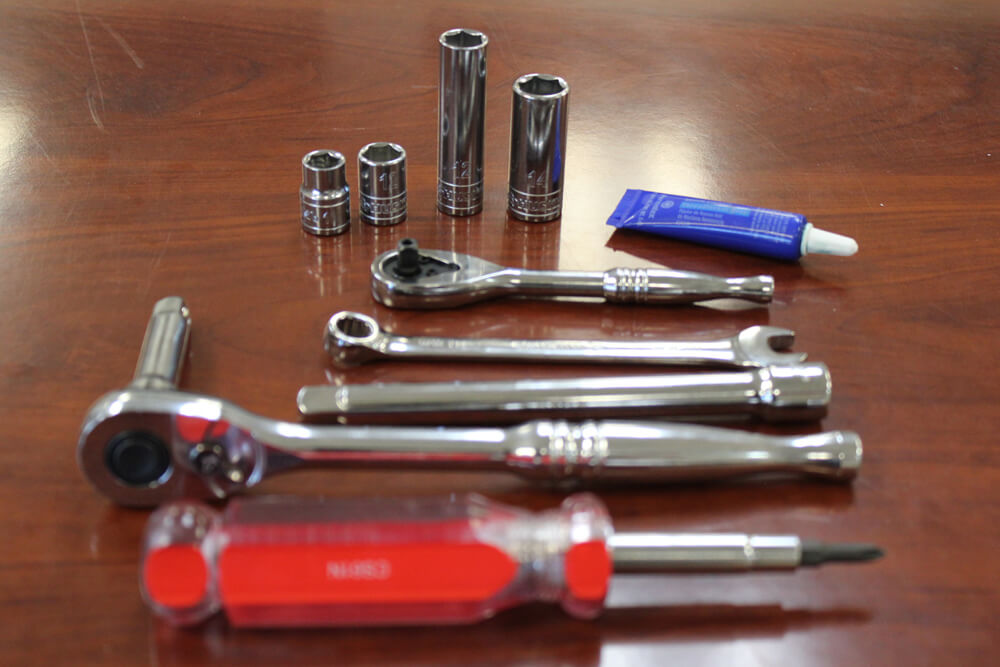 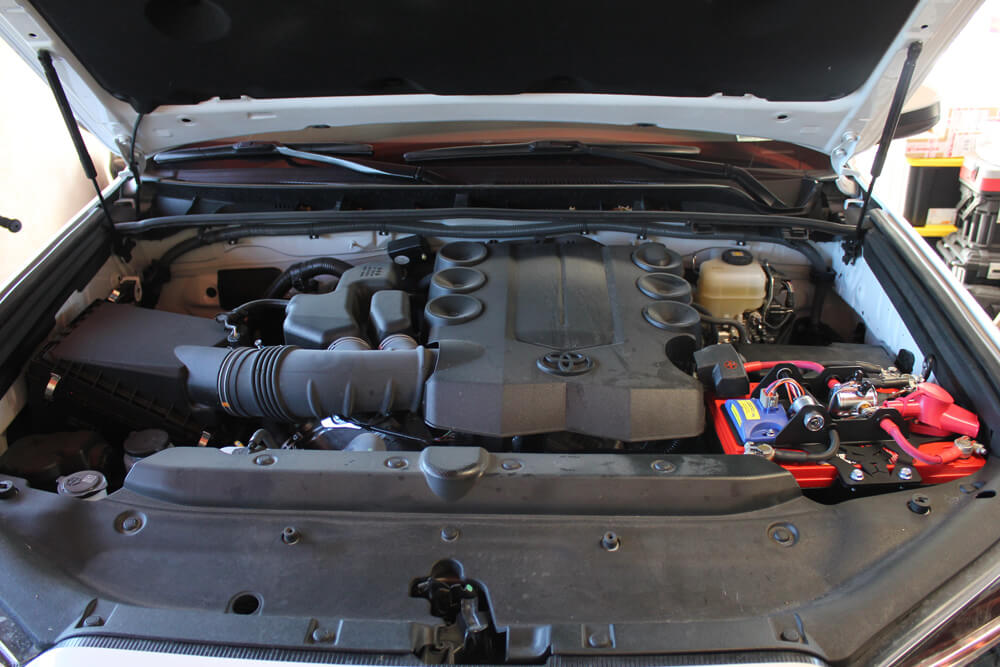 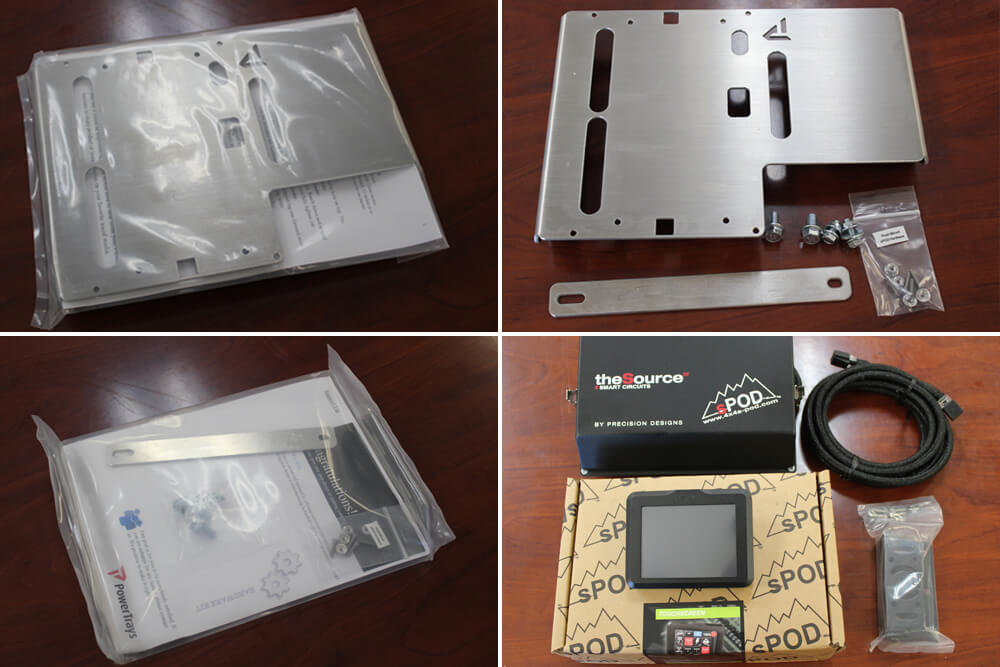 The PowerTray was a surprisingly slim package as I did not realize that the leg was not one piece.

It even came with the hardware to mount the sPOD flush to the tray. The sPOD was again so simple until you take off the cover of the source.

Again, simple in use yet complex in function.

Optional for a thinner profile: Unscrew four screws and remove the plastic base plate.

Mount source onto tray feeding the power cables through the appropriate holes.

Once positioned use the provided hardware to mount source to PowerTray. 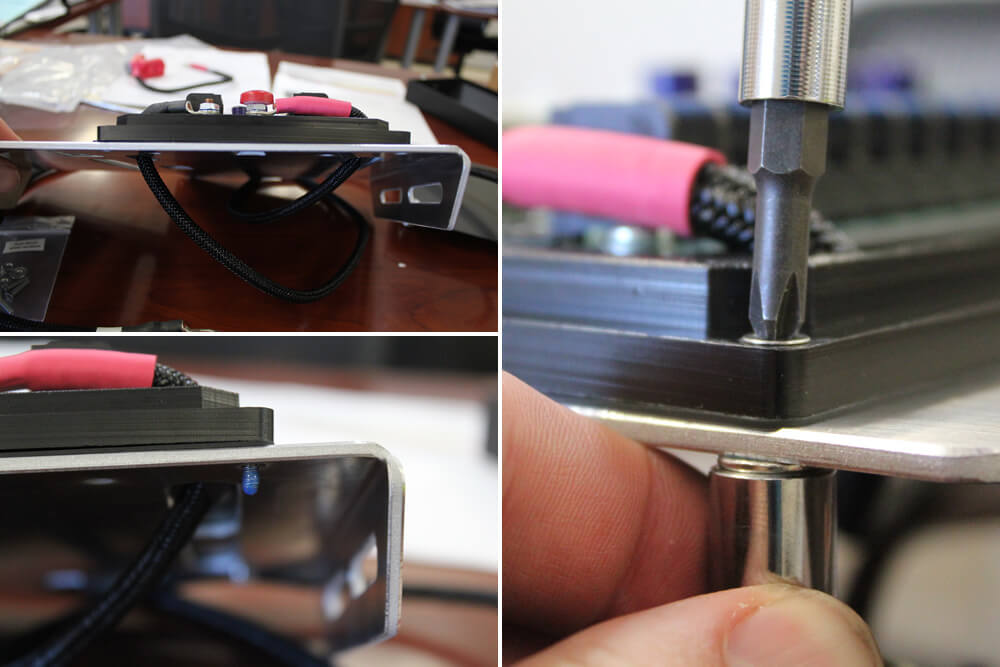 Note: I used blue Loctite to make sure it doesn’t come off.

This is the most complex part of a simple install. But it may be a bit harder in my build than others.

Since I added the Genesis Dual Battery system it relocated the fuse box an inch rearward which closes up the space the tray has to mount to the engine compartment.

This is where having small hands or good dexterity helps. Neither of which I have. So it may be easier if you don’t have the same dual battery set up.

If you are interested, you can see the group 27 battery setup here.

Connect support leg to the tray.

Two bolts go into the factory threaded holes on the side engine compartment. 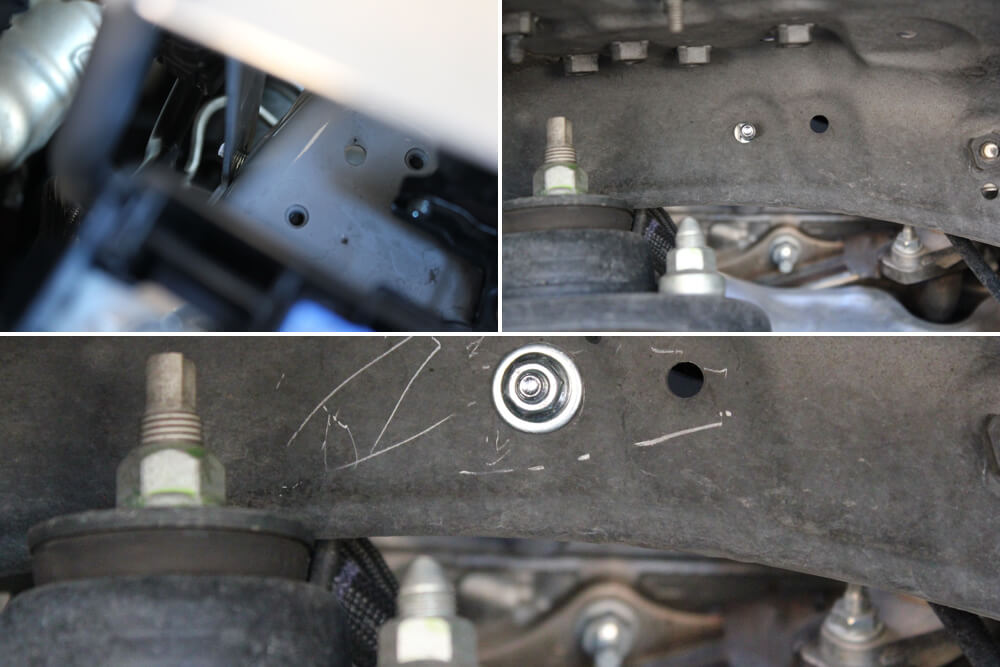 The bottom screw is easier if you have an extra set of hands but still doable if this is your me-time.

You can go either way with a bolt but I figured it would be easier to tighten it down if the nut is in the wheel well.

I connect the positive connection to the accessory battery port on the Genesis system.

Ground connected directly to body ground that factory battery is connected to.

Connect the Ethernet Control Cable to the source. Either port will work.

The second port can be used to connect more sources I also believe you can add another controller if you want to control lights from rear cargo area as well.

Note: Image of the backside of the tray is pre-install to show what it looks like.

Run the cable through firewall grommet.

This is the second hardest as I could not run it through the small hole cut from nub. I ended running it around the side of the grommet. I then feed it through the center dash to the clock. 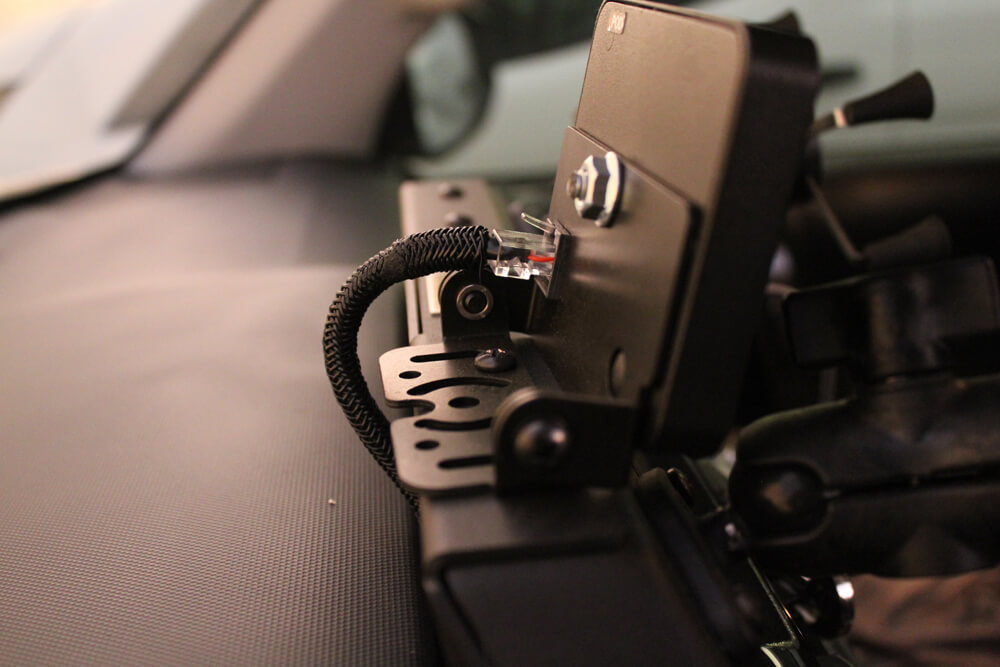 I ended using the supplied 90deg mount connected to the top of my Expedition Essential T4RPAM.

It works and is not obstructing my view as it is in line with my hood scoop. I may switch to 67 Designs touch screen mount to connect it to a ram mount more max adjustability.

Simply one of the best setup for a clean simple set up for lights and accessories.

However, it is not without faults. While not major, it did cause a lot of anxiety during my trip on the Washington Backcountry Discovery Route.

After the install, everything worked perfectly.

However, after a rainstorm, my lights stopped working. I checked the fuses and even took apart my grill to check my wiring to the bumper light bar. Everything was good.

After a few days of looking at the very expensive screen on my dash that was not doing anything, I started playing with it again.

Then all of a sudden it worked again.

I was happy and confused all at the same time. Well, after more time playing with it… it stopped working again. That is when I noticed the little number 2 under the logo.

Like I said at the beginning, I am a simple man. There are 3 screens of 8 buttons and the screen gives no indication of a switch besides that little number.

With a hurt ego, I was relieved that I didn’t mess anything up. I wish the screen was captive touch to give some kind of feedback, but other than that I have no complaints.

Do you think you could fit an ARB single on that PowerTray with the remaining space?

It appears that you can. Another member posted this article:
https://trail4runner.com/2021/04/16/5th-gen-4runner-on-board-air-compressor-system/

Do we know if it fit the ARB singer compressor?

Good question. I think that it would fit but it may be to tall to close the hood. It would be cool to try out.