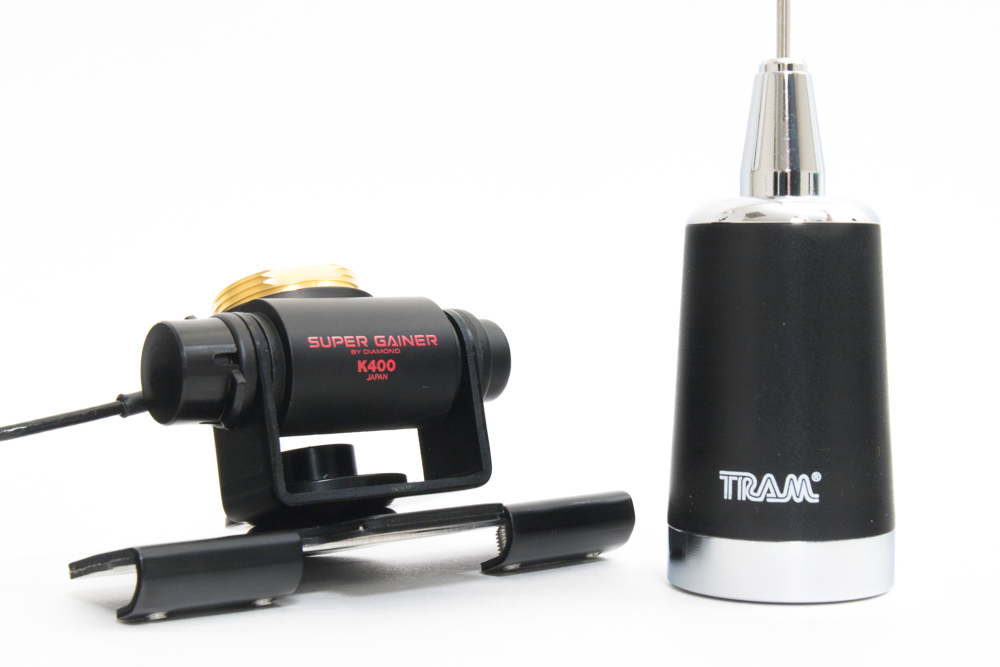 If you are looking for the nitty gritty on HAM Radio, head over to MyOffRoadRadio.com. Tyler will set you straight!

Communication is a must when you are out on a trail. Even more so when you have no one on a trail with you and you are exploring alone. Whether you are on a local forest service road or in a remote area with little to no service, communication is always an important element of exploration.

Proper communication on the trail is great for signaling other drivers in your crew what is ahead and what to watch out for. Two way radios are also great for a good laugh here and there from one 4Runner to another.

Having a reliable source of communication on the trail is essential to your connectivity and general survival. Everyone wants to overland, but when it comes to getting lost and losing cell signal, what’s next? Your Ham radio and aftermarket antenna.

Let’s look a little more into the who, what, where, and why on ham radios, antennas, and antenna mounts and uncover why these three items are so important to have installed on your rig. Keep in mind, there are hundreds of options out there and it is always best to do your research before purchasing something. Make sure the communication gear you buy is right for your situation and application.

The combination of the BaoFeng UV-5R Dual Band Two Way Radios, the Tram 1180 Dual-Band NMO 38 inch Antenna, all connected to the Diamond K400S-NMO Lip mount is what we are talking about today.

A Proper Antenna and Mount Set-Up 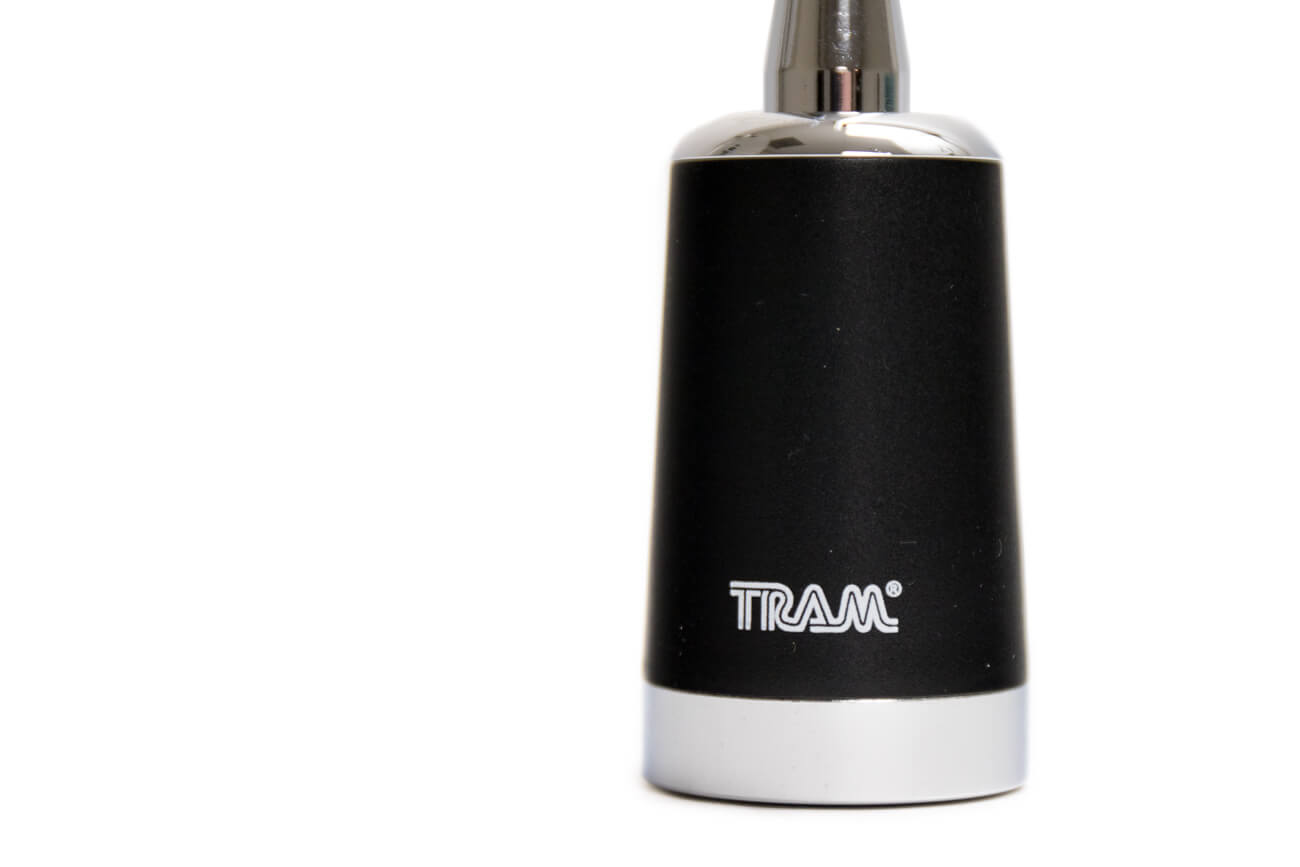 After our last trip to the mountains, I knew it was time for better communication. We had our ham radios synced up and everything was going great until the signal became a bit broken up on my end.

We recently covered the ham radios in another post on the top 10 off-road mods but did not go into much detail on antennas and antenna mounts. Both guys that I went out with had their 4Runner Ham Radio Antennas and Mounts, and I did not. All I had was my handheld ham radio.

I didn’t realize there was that much a difference in signal boost with aftermarket ham radio antennas and with the proper mounts. I have been using the BaoFeng UV-5R Dual Band Two Way Radios for awhile now and love them. The only problem is the actual reach on these radios. And, I have the extended range antennas on both of these radios.

Reaching out to the Ham Radio Expert

After a little research online, I was pretty sure I found my solution. I wanted to double check with ham radio expert, Tyler of My Off-Road Radio to be sure. I linked up with Tyler on another trip to Castle Pass/ Castle Peak a while back, and we talked about all things 4Runner, including radio and marketing. You can tell from the gates, that Tyler knows just about everything on ham radio, communication and recovery there is to know. Keep in mind, I know very little about ham radios and ham radio antennas here.

So, I am considering the Diamond K400S-NMO Lip mount, But, I do not know what antenna to buy. Out of these two options, which one is going to work for my situation best (5th Gen 4Runner – general off-road trails) no elongated expeditions?

Also, I noticed a few of the rain caps that would fit onto the NMO mount. Do we “need” these rain caps and what is the purpose of these things anyway? I want something short but packs a lot of punch. What does the expert at My Off-Road Radio recommend for such a situation?

If you are running a 50watt mobile radio, those first two options (TRAM 140 and K400s-NMO) will work perfectly with each other. You don’t need rain caps with that mount. Just put in some dielectric grease when you screw the antenna onto the mount.

For vehicle applications, I recommend some of the 37″ antennas. They will have almost twice the gain (effective power) as that 19″ that you linked. But if you are running 50watts in California, you will almost always be able to hit a repeater and get help with the 19″ antenna. If we were in, say, Colorado, I would push you more into the 37″. But 19″ will work just fine in Cali.

The TRAM 1180 Antenna is the one I recommend for off-roaders. Good gain. Whip style so you don’t need to worry about hitting it on stuff. Twice the length of the 19″ ones though. Its the one I have on my 4Runner.

If you want to keep it small, go for the setup you linked in your email. It will work great with a 50watt hardwired radio. If you want to try and hook it up to one of your handhelds, definitely go with the 37″ one. 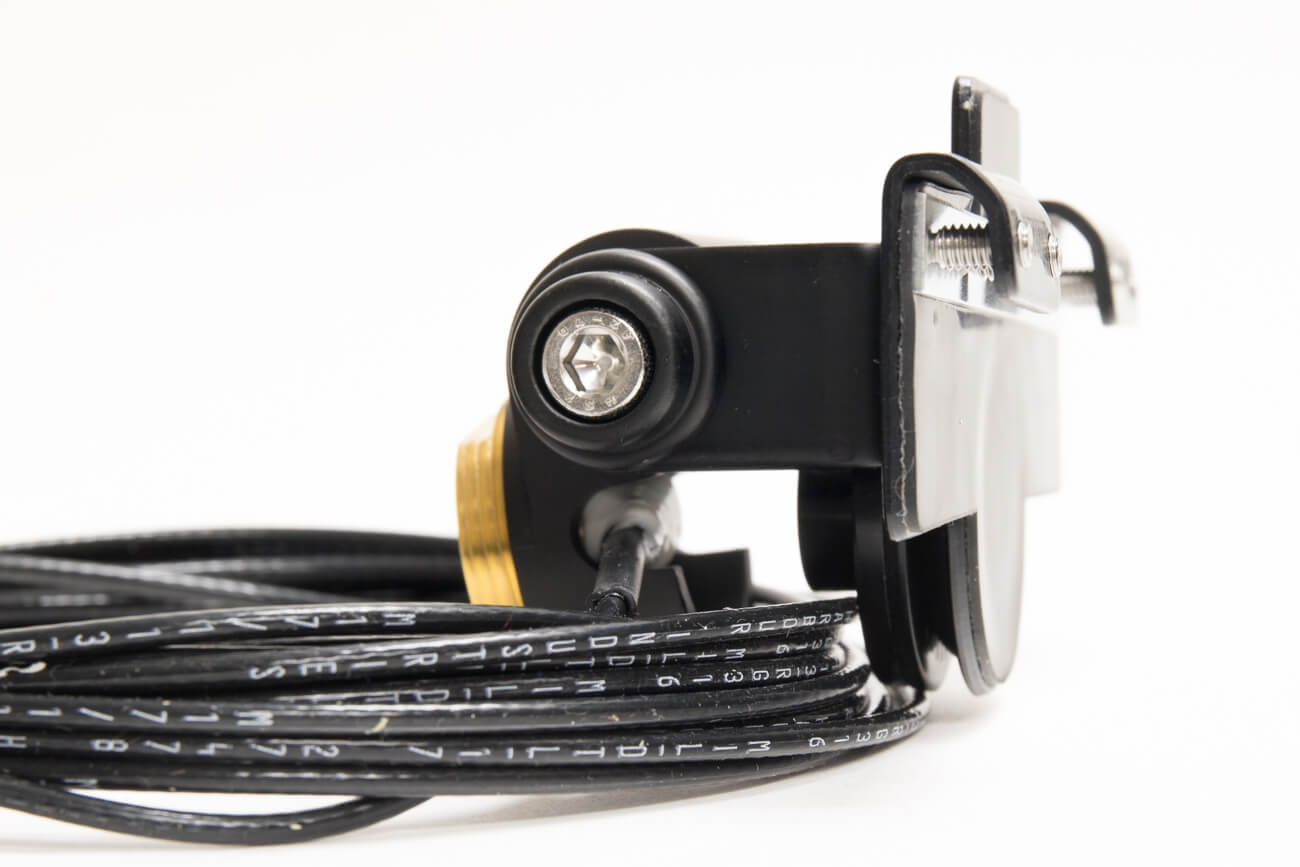 I am not too sure how long it is going to be until we get a 50watt hardwired radio in the 4Runner, so, for now, we are staying with the handhelds. Eventually, we will get a new set-up. For now, this set-up should more than work for our needs (general off-road trails and forest service roads).

We decided on the 38″ antenna and the K400S-NMO mount for a few reasons. The main reason being we do not have a 5owatt system hooked up on the 4Runner yet and this antenna is sure to provide plenty of reach for what we need. The two-way radios (ham radios) and the k400S-NMO mount are also the perfect compliments to this set-up. 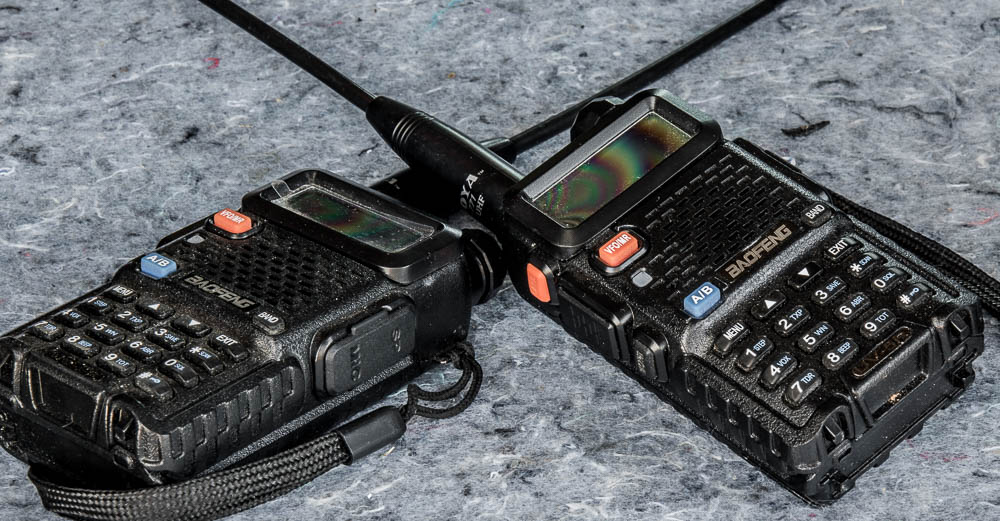 The BaoFeng UV-5R Dual Band Two Way Radios are hands down the best bang for your buck that you will find. These are also one of the most common ham radios on the trail. If you hit any trail and meet up with some random people, they will likely have a set of these. Everyone that we have ever met on a trail has had a set of these two-way radios. You do not need the same two-way radios to sync up on the same channel, but mostly everyone is just familiar with these radios so it makes it a bit quicker to sync up.

The Tram 1180 Amateur Dual-Band NMO 38″ antenna is a solid compliment to any 4Runner that spends time on the trail. Whether you hit the trails once a month or a few times a year, an upgraded 4Runner, an antenna should be in your sights. The Tram 1180 is a very solid, versatile antenna for off-road use. This antenna can be mounted to any NMO mount.

There are a few options out there for antennas. The first option we were looking at was the 19″ Tram antenna because it is a lower profile antenna. The problem with a smaller antenna is obviously its range. We are not running a full 50watt system right now, so we are much better off with an extended range antenna. 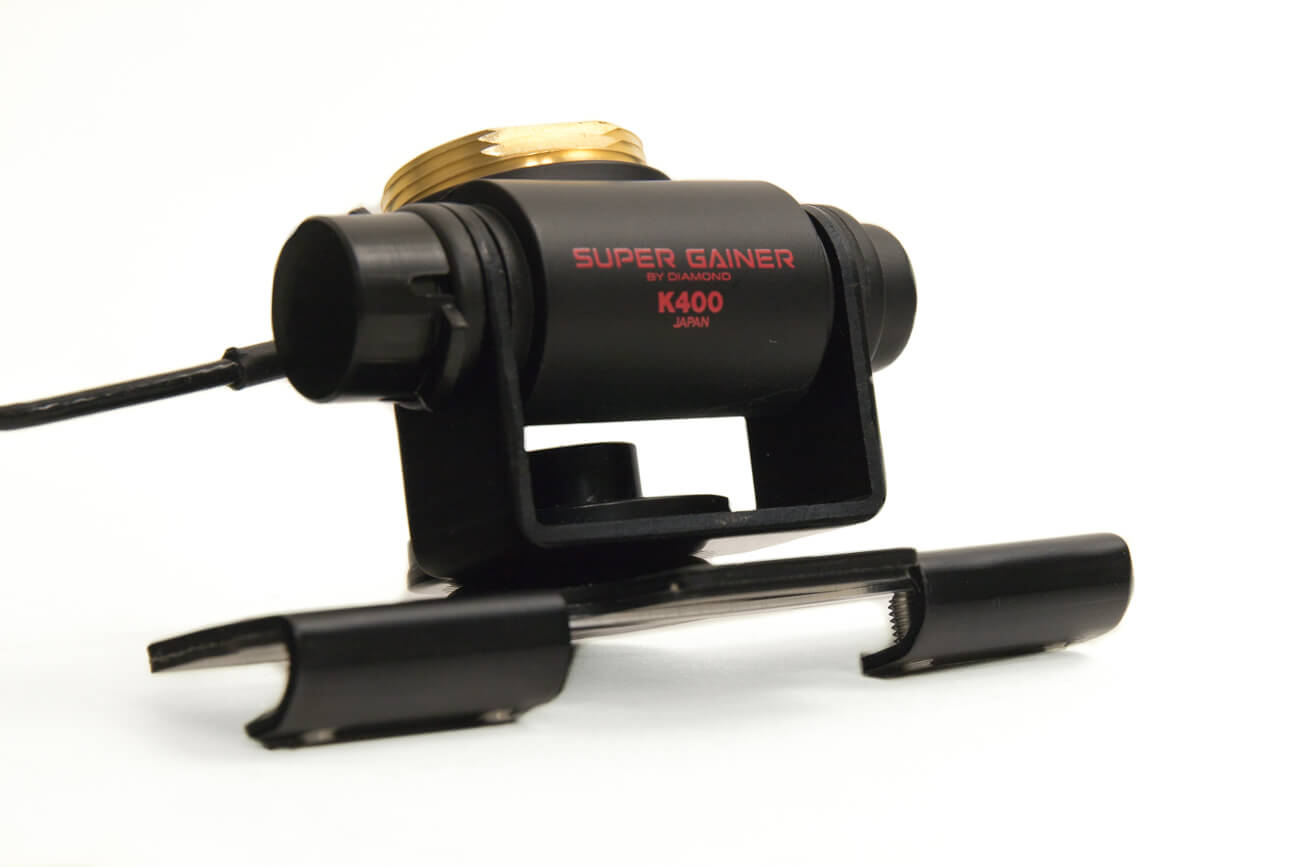 The Diamond K400S-NMO Lip mount is a solid choice for mounting just about any antenna. The NMO style mount will fit many antennas on the market. The K400s-NMO is a very versatile antenna mount and can be mounted itself just about anywhere on your 4Runner.

I am looking for a good antenna mount for my new Midland MXT400, 40W GMRS radio. Are these HAM radio antennas and mounts functional with GMRS?

thanks for the reply! yes indeed the website has tons of stuff!!!, if you would mind sending me a link of the car of where you have installed the mount and antenna

Sorry an image* of the car

thanks for the review, could you think of any other mounts that could be applicable to the system you have. Meaning there are mounts which are half-priced than the Diamond K400, and could do the job.

Amjed, for good ideas on Ham and Comms, check out MyOffRoadRadio.com. It is tough to recommend any one product. Reach out to Tyler from MORR and see what he has to say. Great guy with lots of good information about HAM on his site.

Do Both, Baofeng are cheap, I use that to listen too, and never talk, I like hearing the police locally, and the CB when on Highway,

I am debating myself whether to go CB or Ham. CB is easy since it doesn’t requite a license and cheaper. Any body care to share some thoughts on either?