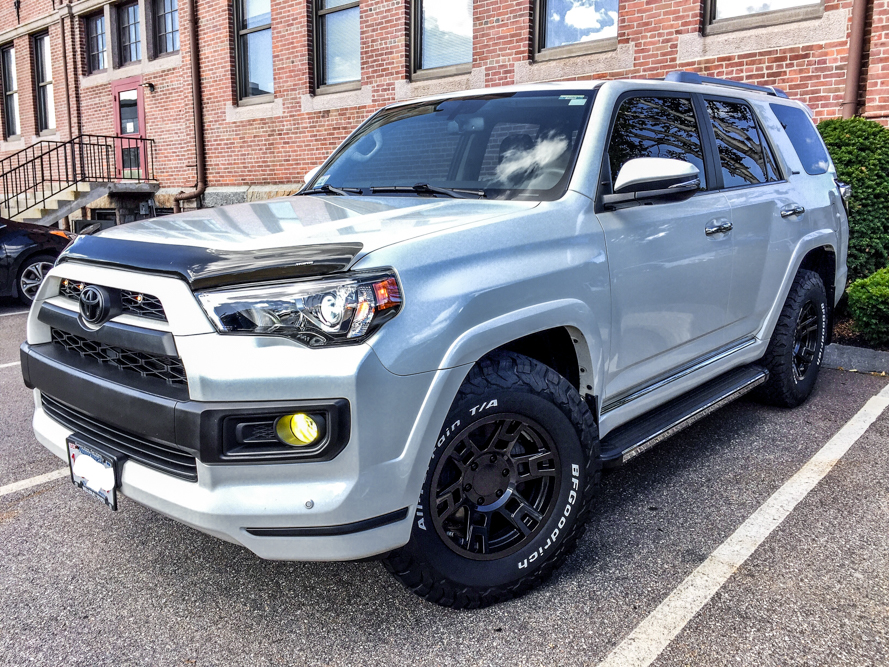 When the new tires were installed, my mechanic called me and told me the job was done, but I had some rubbing at full lock when I was in reverse. Come to find out, I was having the middle of the fender liner rubbing on my wheel when I was in reverse with the wheel turned. I scoured the 4Runner Forms and read a few different threads on how to do this, and gave it a shot.

First, to start off, I started by getting under the car. When you look at the underside of the front fenders (see picture below, I was confused on where to look for these pictures)

When you get under the car and look up, you will see this: 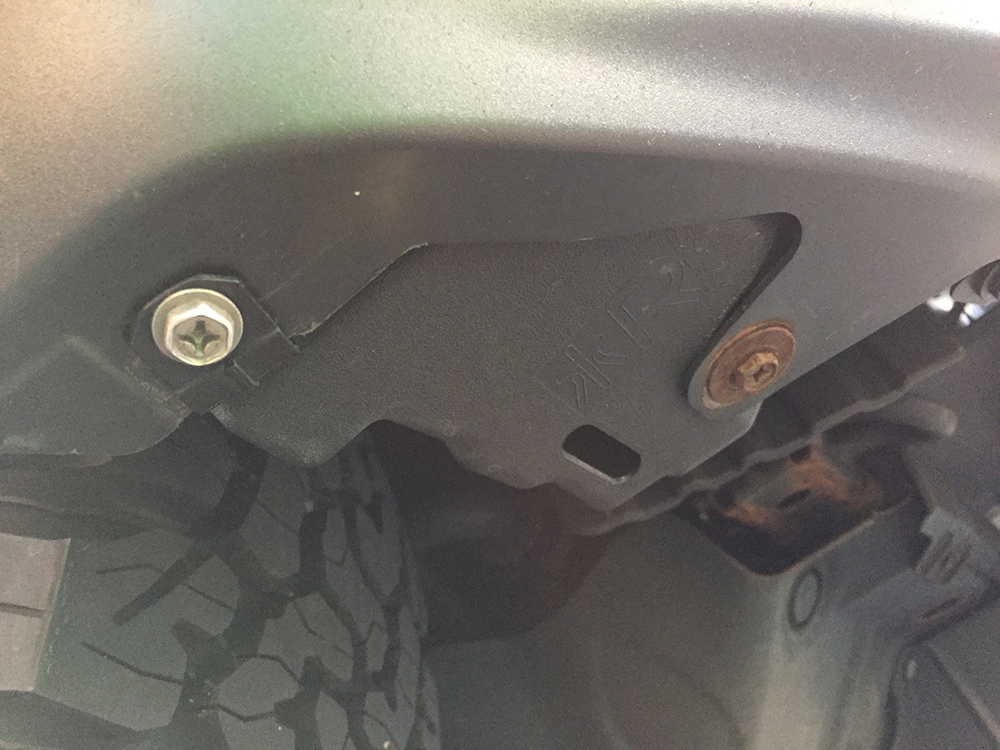 These two screws are the screws that control the spacing between the fender liner and the tire itself.

When you take these screws out, you can then slide the fender liner forward anywhere from a tiny bit, to around 2(ish) inches. With the 275/70R17 BFGoodrich KO2’s, since there was a pretty decent amount of rub, I pushed it as far forward as possible.

As you can see in the picture below, I drilled a new hole in the fender liner back about an inch and a half back, to then be shifted forward so the rusted screw could go back into that white screw bed. 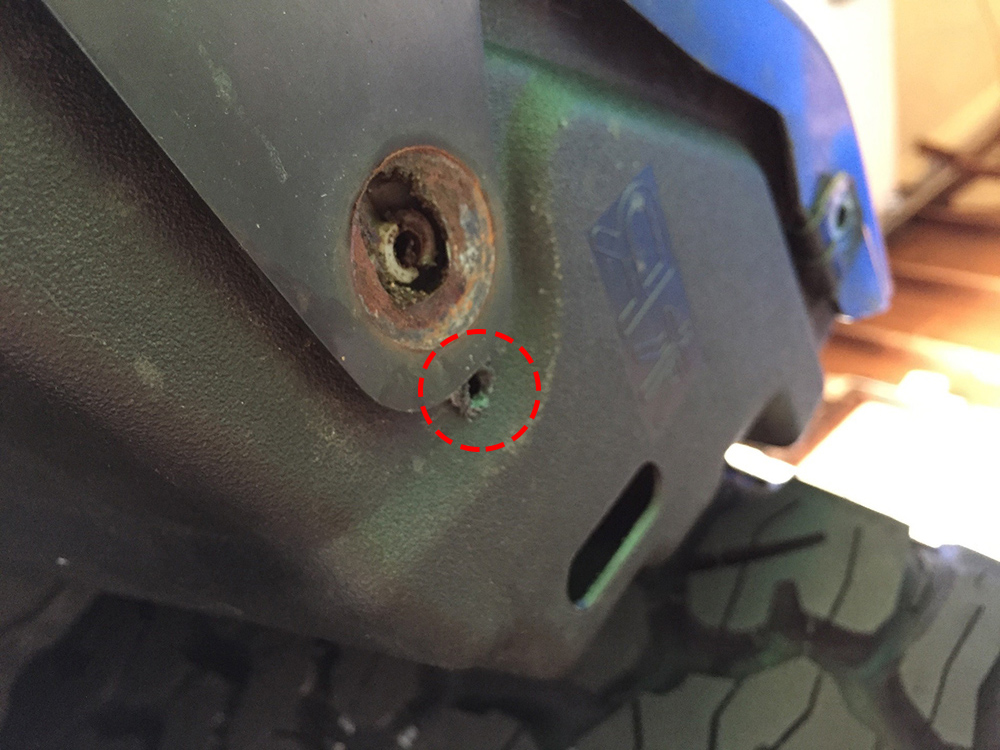 Because there is a large cutout there, that white(ish) screw bed, or nut (whatever you want to call it), you have to pull down the fender liner a tad so the nut isn’t preventing the fender liner from sliding back. Once you do this, you can line up your newly drilled hole over the existing nut and start to screw back in the bolt.

As for that shiny bolt that is in there, I did that one last. I waited until I had the rusty screw back in place to mark my drill spot. That screw is attached to a weird clip, and it goes inside of the fender, so it can be a little hard to get that to slide back and forth. Once you have that rusty screw re-attached, you can maneuver the shiny one around and slide it back and forth to get that fender as forward as you may need and then zip in a new hole with your drill and then you can stick that screw back in there.

When you are done with this, you can get up and admire your work, and then move on to doing the other side. The one thing I would recommend before even starting to do this project is to get into your car and make sure your tires rub.

As soon as you start feeling the rub, leave your wheel that way, hop out of your car, and get down and look at what is going on.  It will give you a better idea of where it is all rubbing, and how aggressive you are going to need to be with your fender lining mod.

I, for one, am still going to have to get in there with a heat gun and push back some of the fenders in the middle.  For some reason, on the driver’s side fender, there is a fold or a seam in the fender liner, and this part obviously sticks out more than the rest of the fender, and I still have some rubbing going on there, but there is no more rubbing on the passenger side of the car, which is a huge success for me.

In the long term, I am going to be getting a 5th Gen 4Runner Leveling Kit for the car which will eliminate this problem, but in the meantime, I do not want the rubber to burn through the plastic lining, or have the plastic lining cause any unneeded wear on my brand-spanking’ new tires! 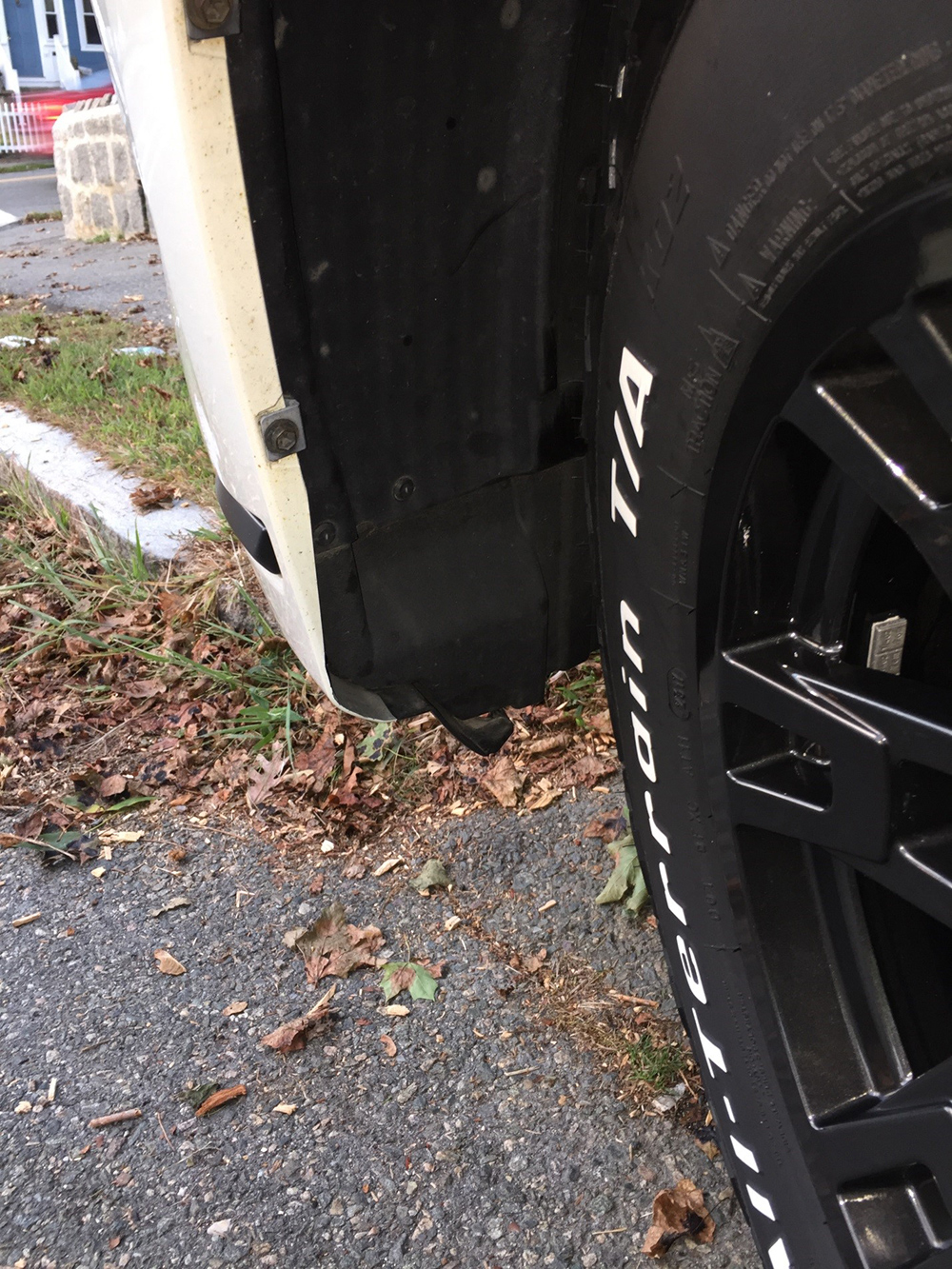 The picture above will show you where the fender liner was moved to. Aesthetically it isn’t really the most appealing mod there is, but at the same point, people are not going to be looking into your wheel wells to check everything out when they check out your car.

Also, this is something that will be able to be moved back in the future if you ever do get a 5th Gen 4Runner Suspension Lift or a leveling kit installed on your car.  The small holes that you make will not be a problem to leave there, or if you wanted to, you could go to home depot and get some stuff that would fill that hole right in.

Before & Fender Liner Mod (with the wheel at rubbing spot) 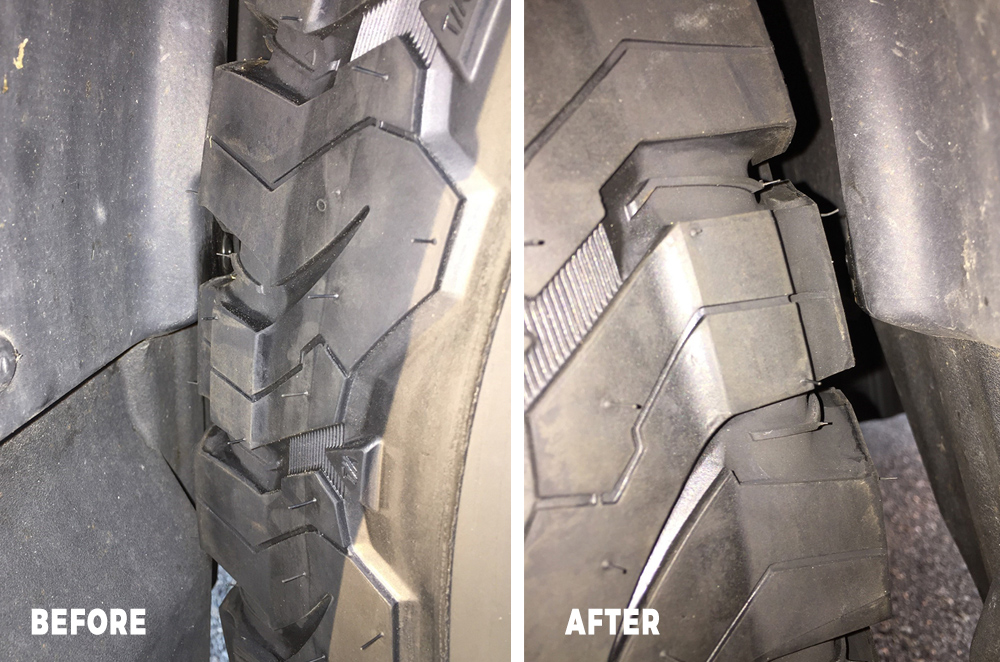 I just recently purchased a 2021 limited 4Runner and I have been wanting to get a more aggressive looking tire and sized as follows LT275/65R18. What are your thoughts and or recommendations.

I did almost the EXACT same wheel/tire upgrade on my LIMITED with the same rubbing result. Rubbing continued even after my 4×4 shop guy trimmed plastic out of my wheel wells. Installing my lift kit (Bil 6112’s in front and Bil 5100/OME Coils in back) in 2 days so I’m hoping that does the trick b ut its really hard to tell if the lift will solve the prob.

I did put different wheels on my rig….

hi, i like the blacked out accent pieces on the front bumper that are normally chrome. is that aftermarket?

Did you lift this one? What lift kit did you use?

Nice tire lettering. Did you do that yourself.