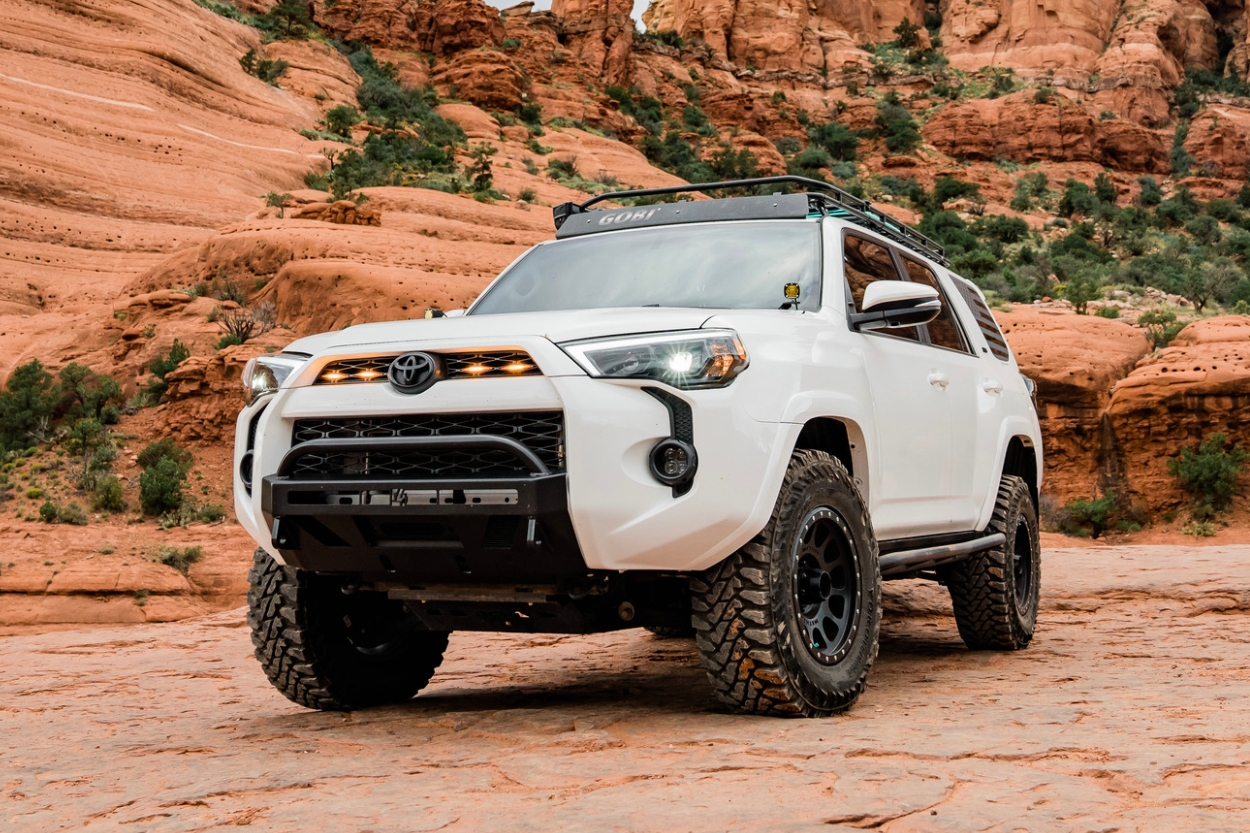 We Asked Five 5th Gen Toyota 4Runner Owners Why They Chose To Add Raptor Lights To Their Rigs – Here’s What They Said!

This Week’s Topic: Raptor Lights… yes, a very debated and hated on topic.

Hey guys, welcome back to another Feature Friday! If you missed last week’s FF, we looked at some pretty awesome Lunar Rock 4Runner builds.

This week, we are looking at 4Runners with the super popular raptor light mod.

This mod is a very, very popular trend not only in the 4Runner community but in every truck community.

Where Did The Idea Originate?

The reason these lights are called raptor lights is because of a somewhat popular truck that you may have heard of, the Ford Raptor. Ford introduced the SVT Raptor in 2010. This truck was absolutely insane and took the off-road community by storm. Everyone wanted one and that desire has not slowed down 12 years later. The Ford Raptor is an off-road, Baja-ready, desert missile. It has insane suspension travel, large tires, and fiberglass fenders, all from the factory.

Since the Raptor is extra-wide from the factory, Ford had to equip it with marker lights in the grille along with other areas of the truck. Hence, why everyone refers to them as Raptor Lights. These marker lights are required by the DOT (Department of Transportation) for any production vehicle that is over 80″ wide.

Raptor Lights On A Toyota?

Now, why did this craze catch on in the 4Runner, Tacoma, and other truck worlds? To be honest, I really have no idea. I don’t know who started it, but it really caught on and spread like wildfire. Maybe it had to do with the fact that the Ford Raptor was so badass, putting these marker lights onto rigs made owners feel a similar way

To be honest, I like the way the raptor lights look on the 4Runner. They serve as a nice DRL feature, especially the white light ones. Those were my favorite ones when I ran them on my 4Runner a little while back.

What do you think about raptor lights? Let us know in the comments below! 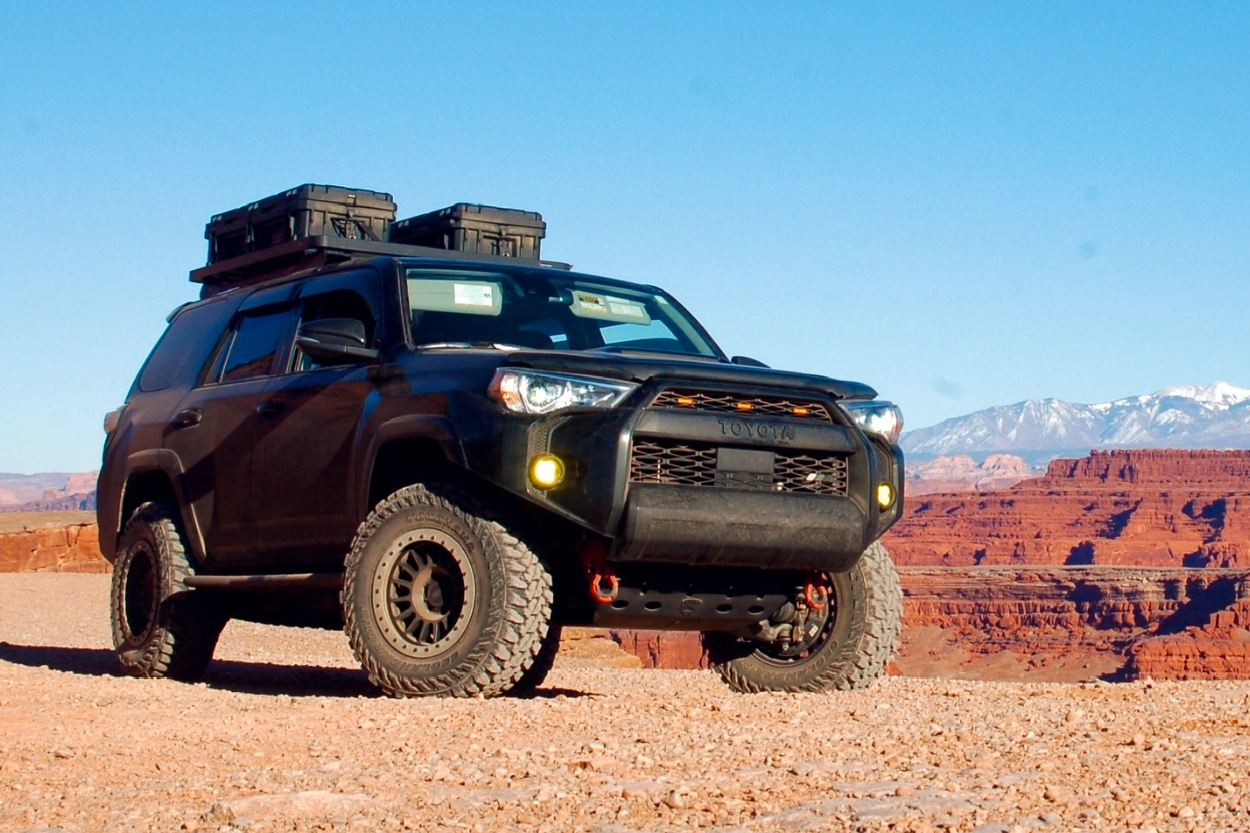 Say what you want about raptor lights, I think they add a nice touch and make your 4Runner stand out at night. I initially had larger, diamond-shaped raptor lights, but I wanted something more subtle/smaller. So, I settled on the three-pack rectangular LEDs by Yota LEDs. I forget exactly which fuse I tied into, but they stay on as long as my 4Runner is running. Plus, the installation process was super easy. 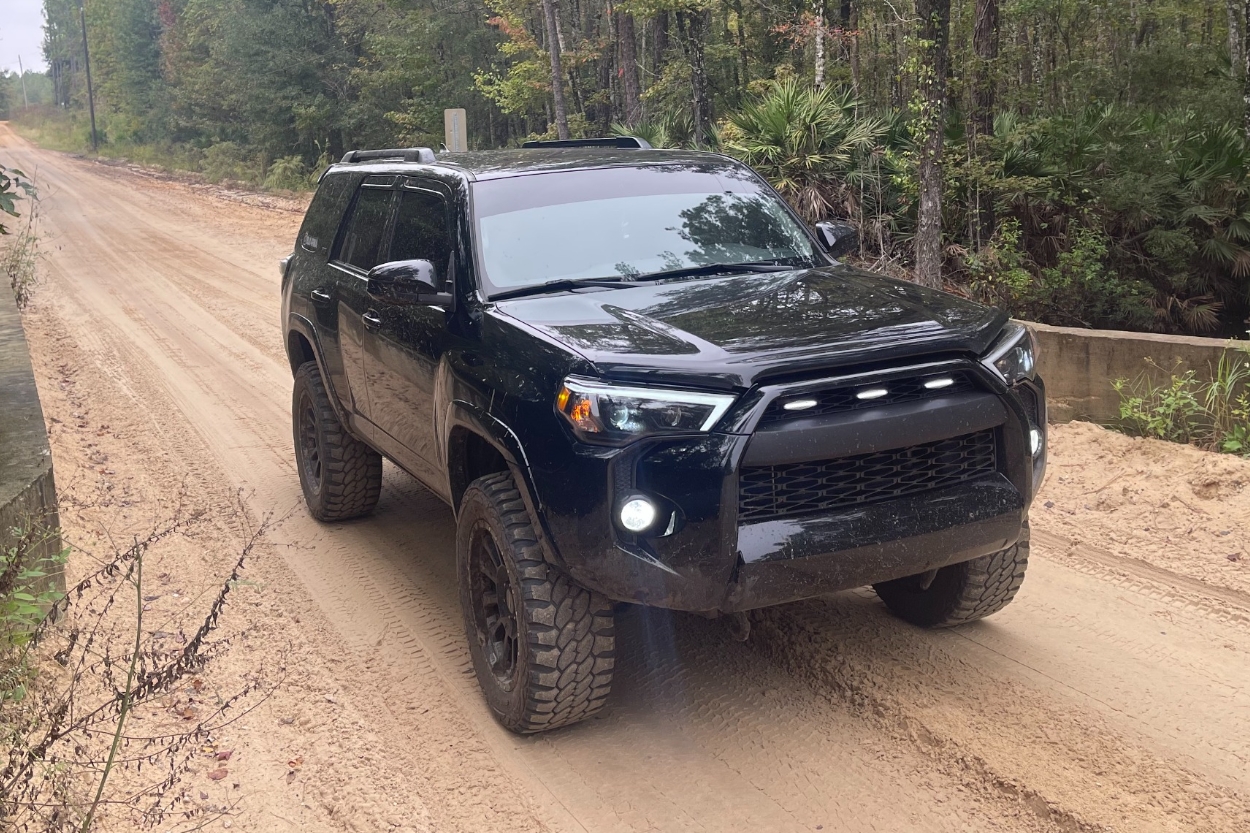 I added these smoked white raptor lights to my 4Runner because I thought they paired really well with my AlphaRex headlights. They are just a small add-on that I thought changed the look of the front of my 4Runner.

My favorite part of my 4Runner is definitely the front end. I just love the way it looks and how aggressive it is at night with all the accent lighting. I was against getting them at first because of how popular they were, but I’m happy I did. These raptor lights were easy to install as well.

These raptor lights were the 2nd mod I ever did on my 4Runner. I added them because I liked the aesthetic look of them on the grille. The setup is a breeze since they are plug-and-play!

I love my 4Runner setup because it’s mine and I’ve made it unique to myself. At the end of the day, it’s my car and I pick mods because I want them, not because everyone else has them! 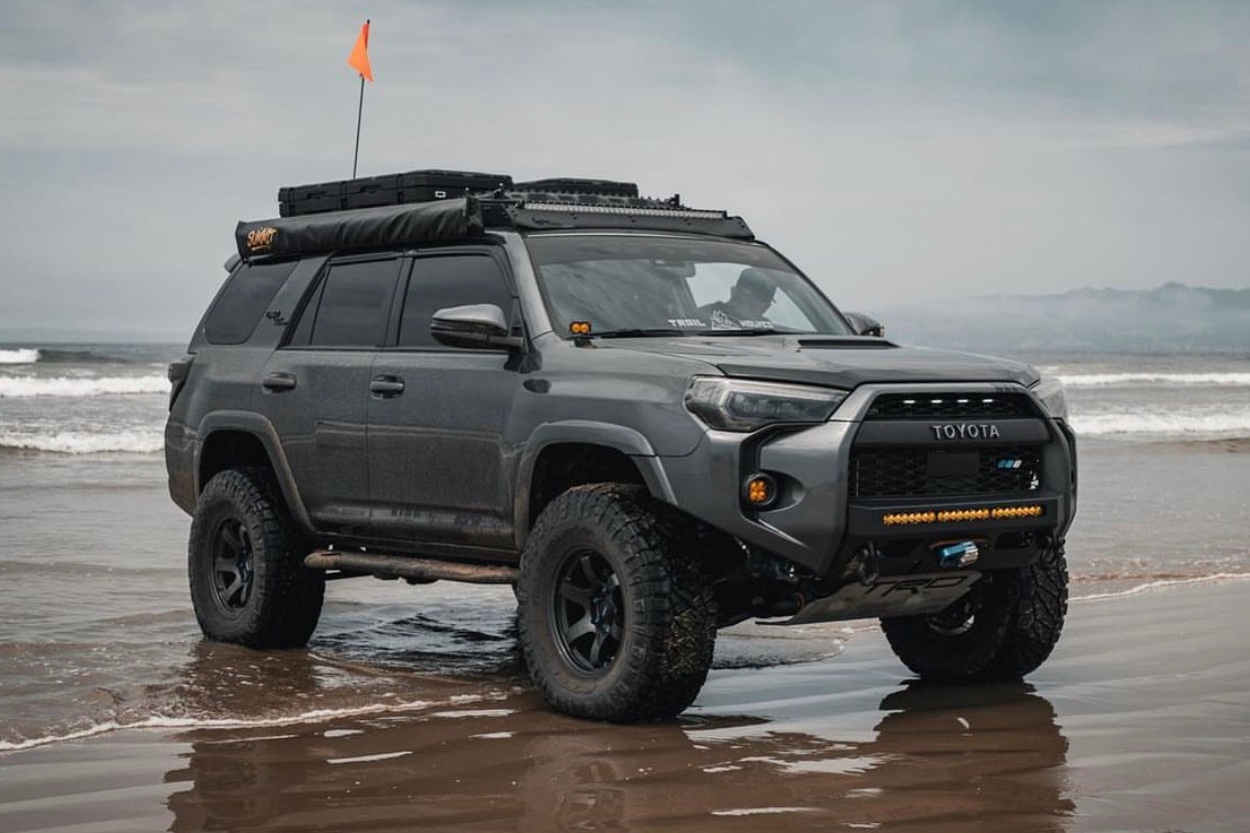 I really like the sleek yet aggressive look of these raptor lights when they’re on. My favorite part of this setup is that the clear white light matches the led DRLs on my Morimoto XB headlights. The raptor lights automatically turn on when the rig starts up and stay on while driving. I think that that is a pretty cool feature to have. 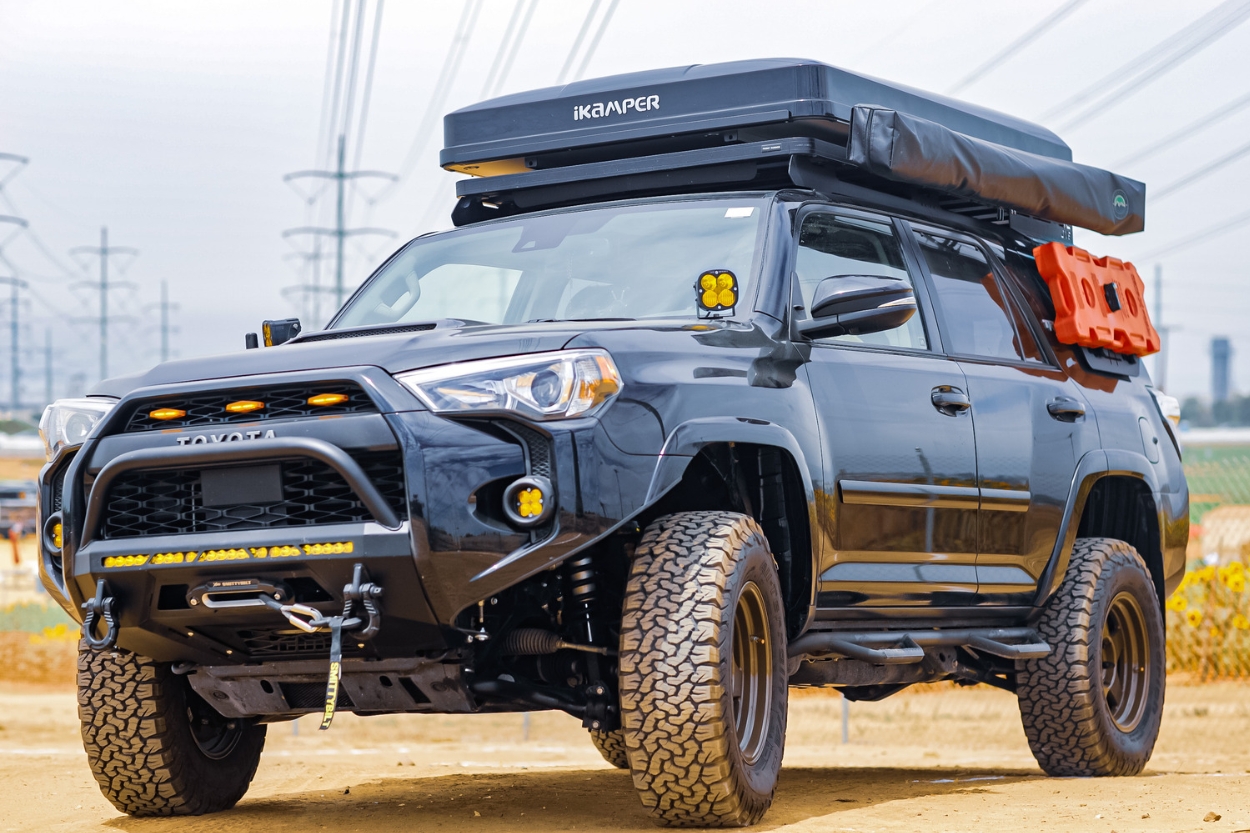 I added these raptor lights to have a good-looking front end without breaking the bank. As for my 4Runner’s setup, I don’t like it; I love it, haha! It’s a dream set up for me. I love every single mod that I’ve put on my rig so far and I have zero regrets. 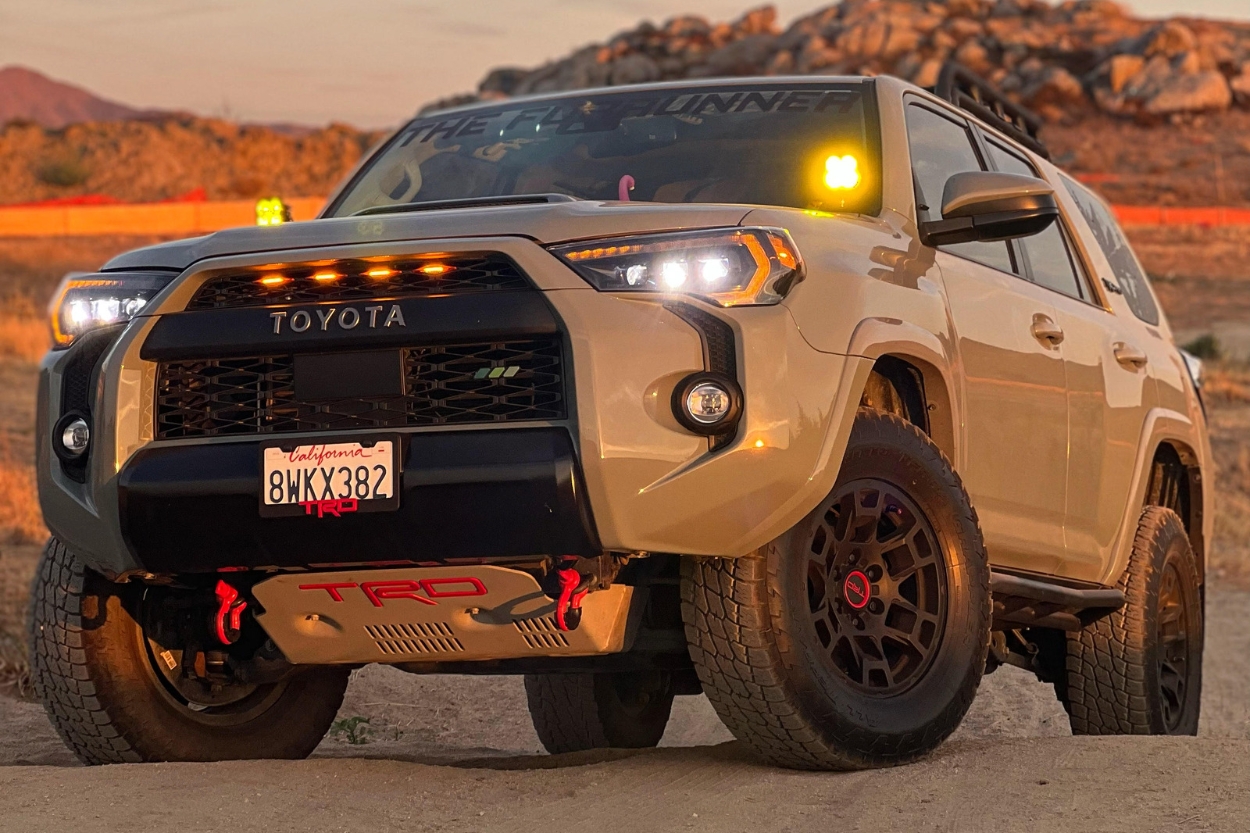 What a great and simple Feature Friday. I remember when I started my 4Runner journey; I actually pieced together a raptor light setup from various parts on Amazon. At the time (2018), there weren’t a whole lot of kits out there. If there were, companies were charging a bunch of money for them since there wasn’t a lot of competition.

The initial lights I went with were actually red LEDs. Fun fact… that’s illegal by the way; I got pulled over one night leaving the Air Force Base where I worked. The officer that pulled me over told me that I couldn’t have red or blue lights on my front grille so as to not be mistaken for a cop – oops!

My favorite lights I ran on my 4Runner had to be the smoked white raptor lights. When they were off, the lights weren’t noticeable at all and when they were on, they were a really nice bright white light.

I haven’t run raptor lights in a while, but after seeing these rigs with them, I’m tempted to put them back on.

We want readers to get inspired by a variety of rigs/products. Submit your build for Feature Friday here to get featured. Next week we will showcase 4Runner Interior Mods. If you would like to submit your build for next week, include your setup details and an awesome photo that shows it off.