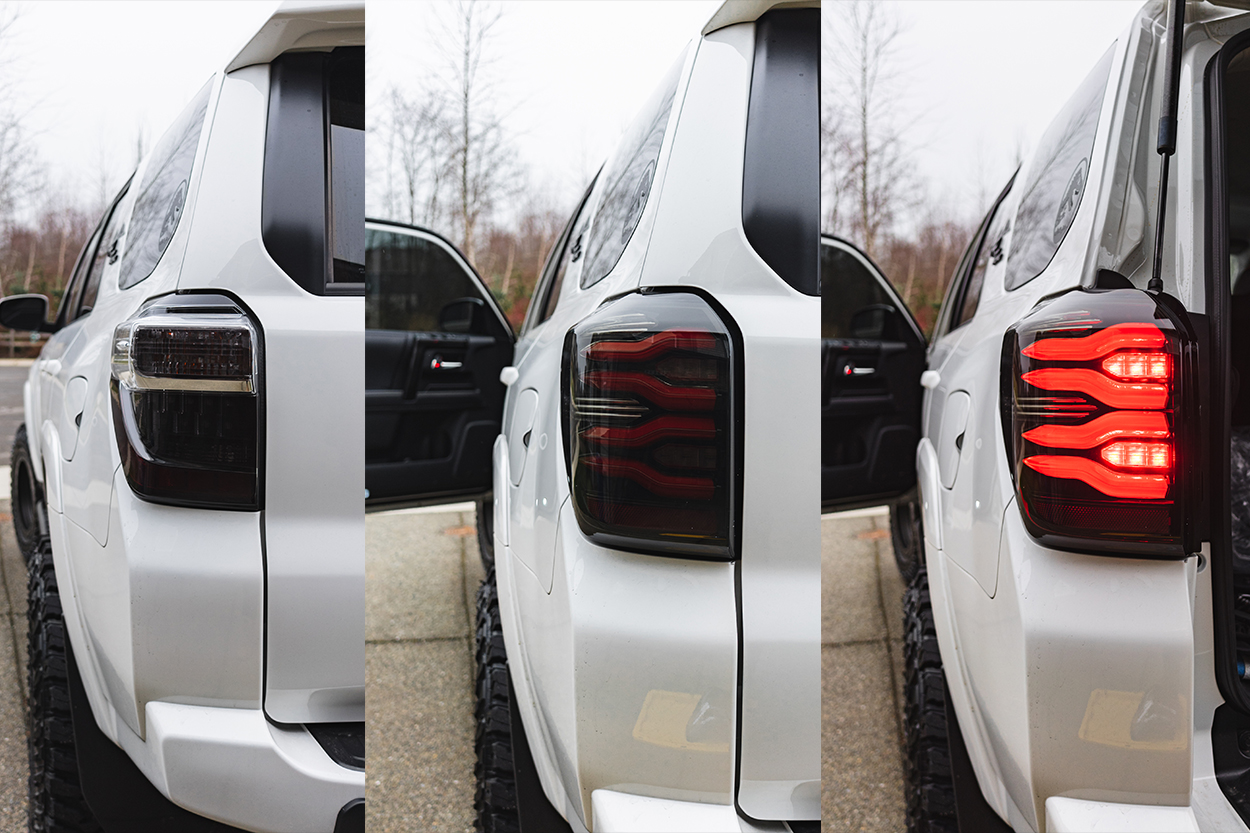 AlphaRex is one of the biggest names in the aftermarket lighting game, especially for Toyotas. They have several options in the way of headlights and up until now, their pro-series tail lights came in either smoked red, or jet black. Now, AlphaRex has decided to one-up themselves with their Luxx series of tail lights for the 5th gen 4Runner! These new models are offered in black, black-red, and Alpha-black.

I was fortunate enough to get my hands on a pair of the black-red edition from the good folks at YotaMafia, which we’ll be reviewing in this article. I’m a fan of this new colorway because it’s a hybrid of the previous options. I now get the red light tubes but with a black housing and clear lens!

How Do These Compare To The Pro Series? 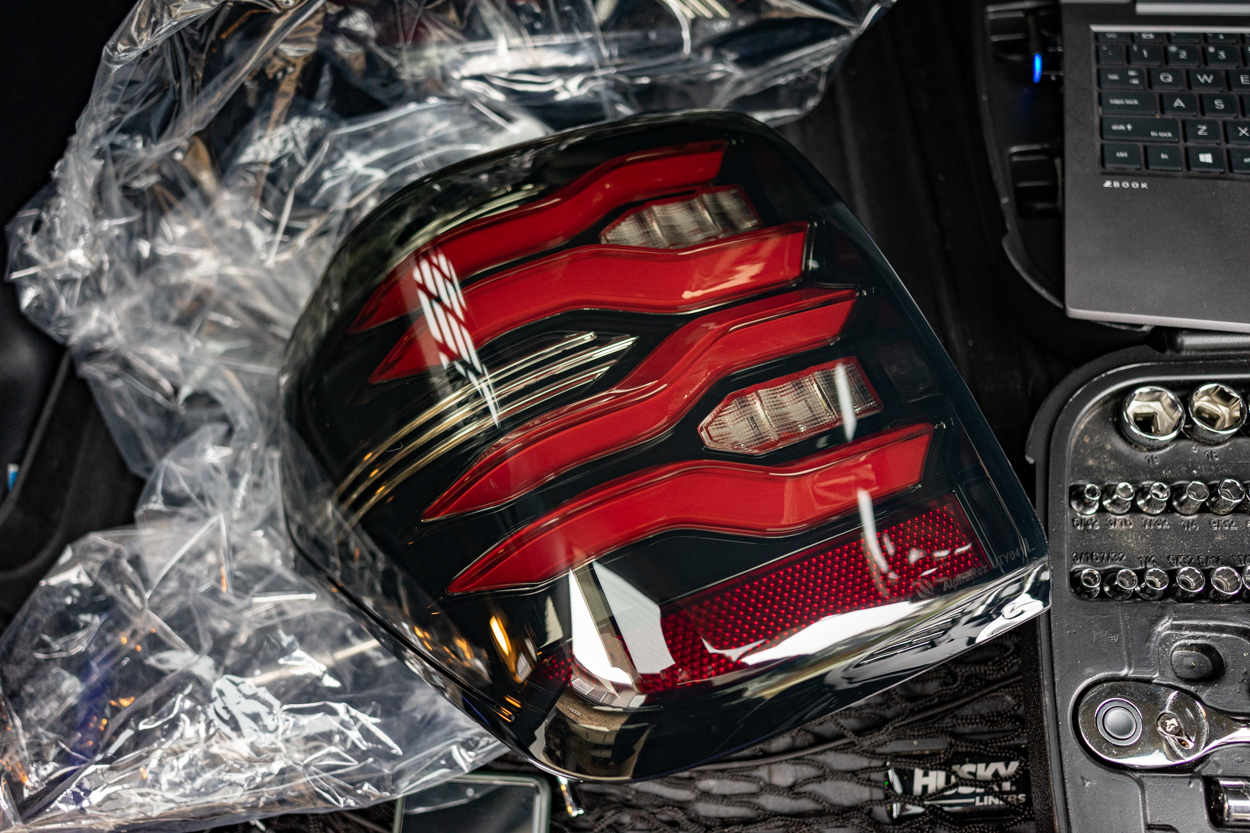 The latest feature of the Luxx series worth highlighting is the addition of a sequential activation light. This is basically the same sequential pattern as to when you activate the turn signal. There is one flash when you lock the doors and two when you unlock them.

For both the black and Alpha-black models, you pay a marginally higher price but also gain amber-colored sequential signals. With the black-red model, every light is red, with the exception of the reverse light. 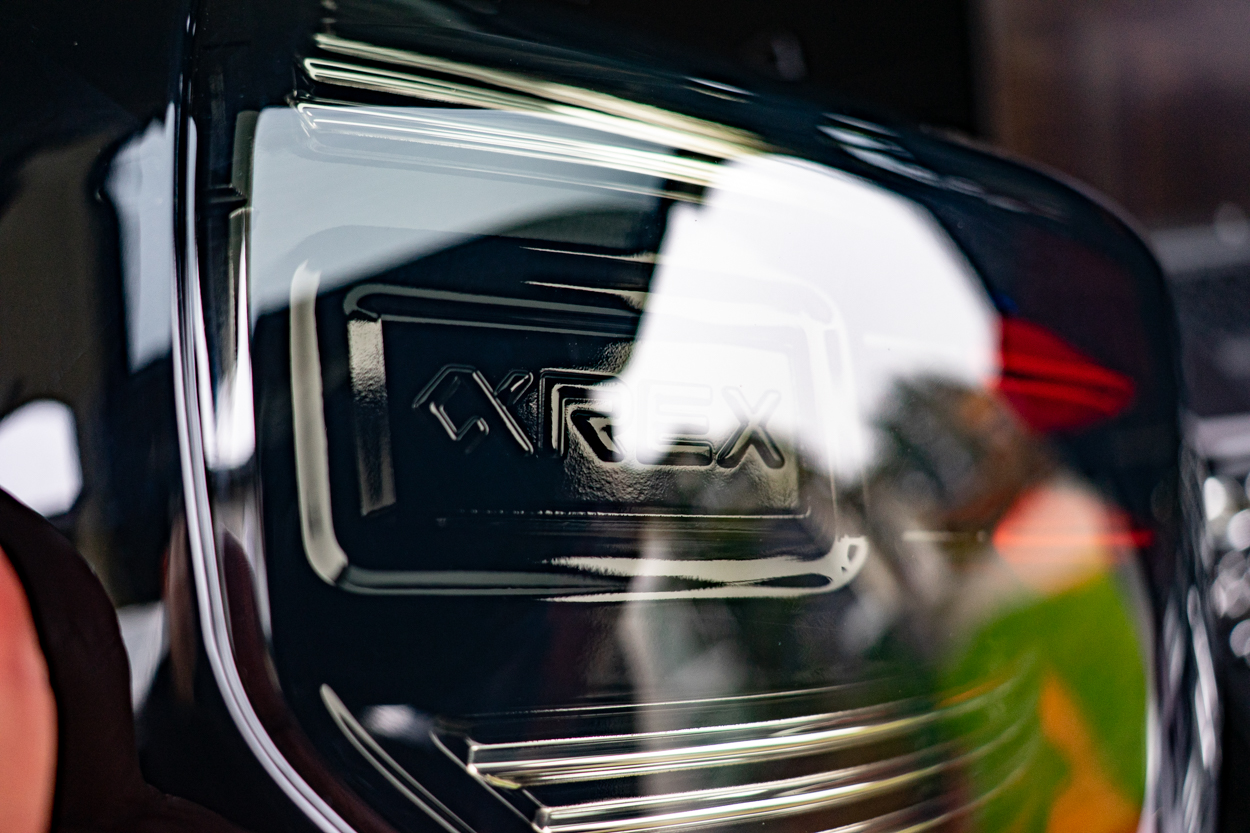 One last design update is the inclusion of small chrome bar accents between the light tubes. I’ll admit that in pictures, I wasn’t totally sold on this update. Fortunately in person, they look much more subdued and I don’t mind them at all!

Installing the Luxx series tail lights are pretty straightforward. All-in, you’re looking at about 5-10 minutes per side. 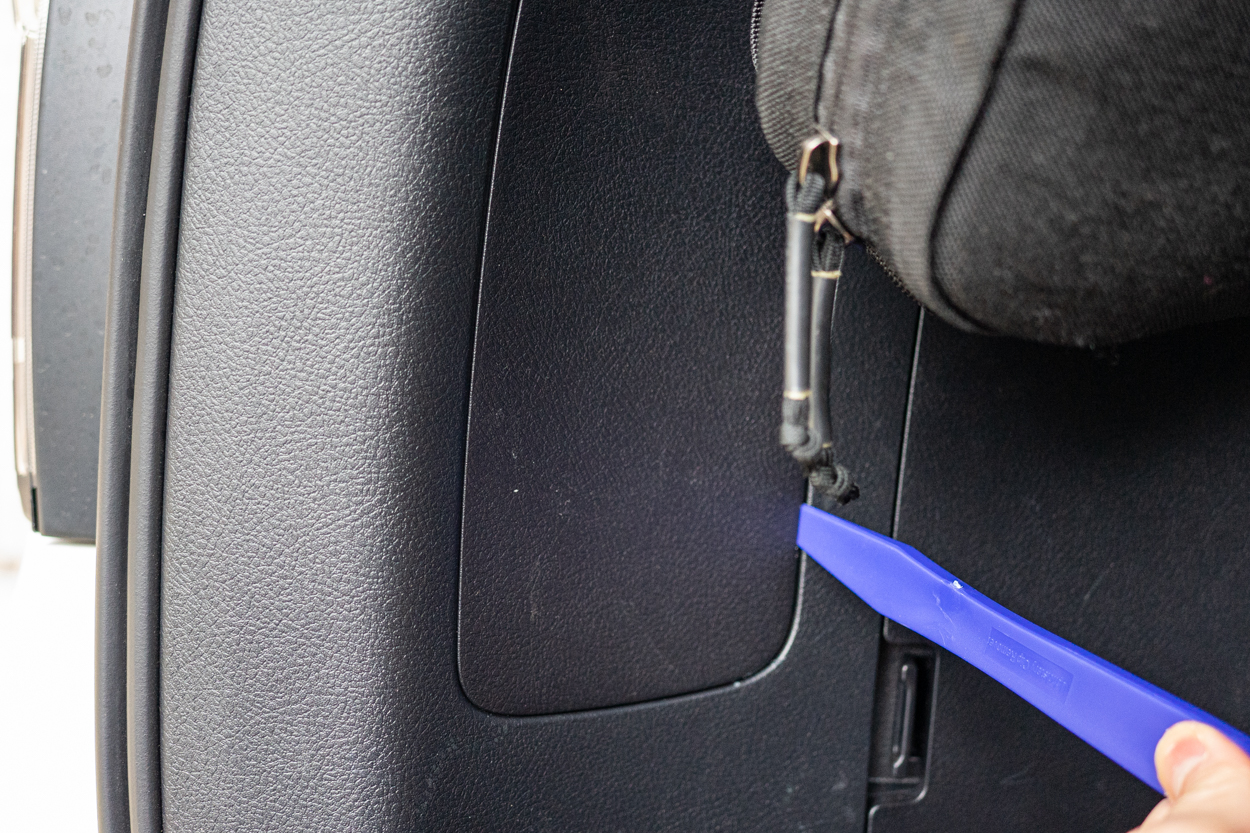 Starting in the cargo area of your 4Runner, you’ll need to remove the cover closets to the tail light. There is a small gap on the lower corner of each cover. Insert a flat-head screwdriver or pry tool in this divot to pop the cover off. This will be mirrored on the opposite side tail light. 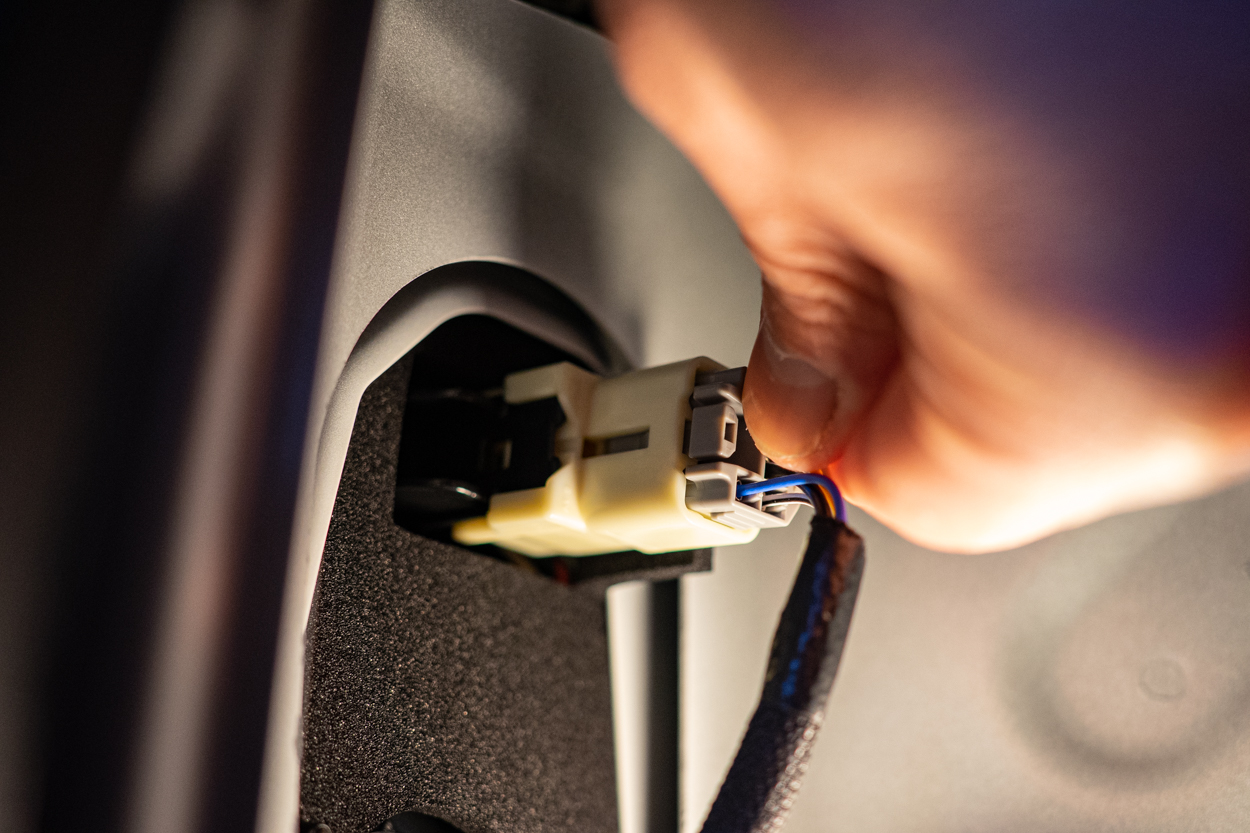 Next, remove the tail light wire harness. This is a basic clip-style harness where you will depress it to disconnect. 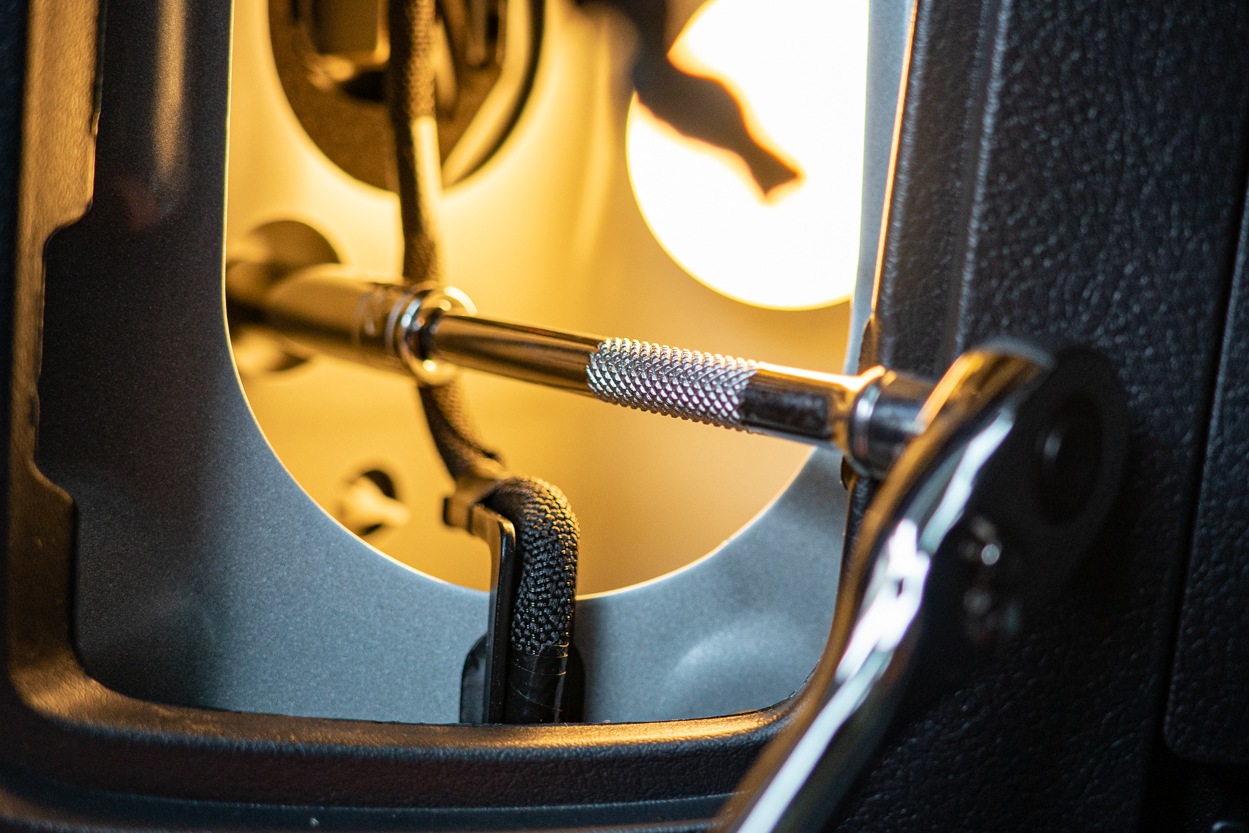 After the harness is unplugged, you’ll need to remove the two (2) 10mm nuts holding the tail lights in place. These will require a 10mm deep socket + 4″ extension bar for easiest removal. Repeat the process on the opposite side.

Set the four (4) nuts aside as you’ll reuse these later on in the install process. 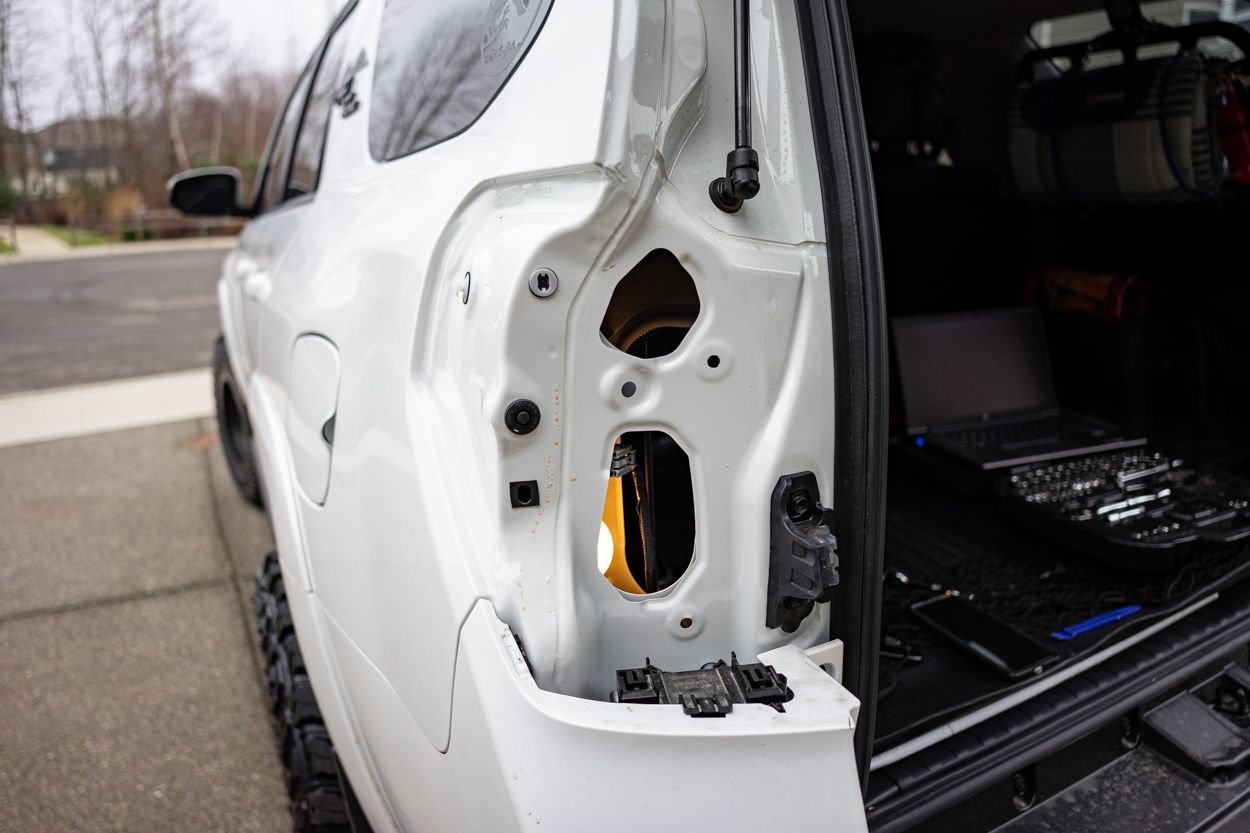 Now, you’re ready to pull the OEM tail lights. This will require a bit of grip strength. Stand behind the tail lights and pull them directly towards you to disengage the final retention clip. Repeat the process on the opposite side. 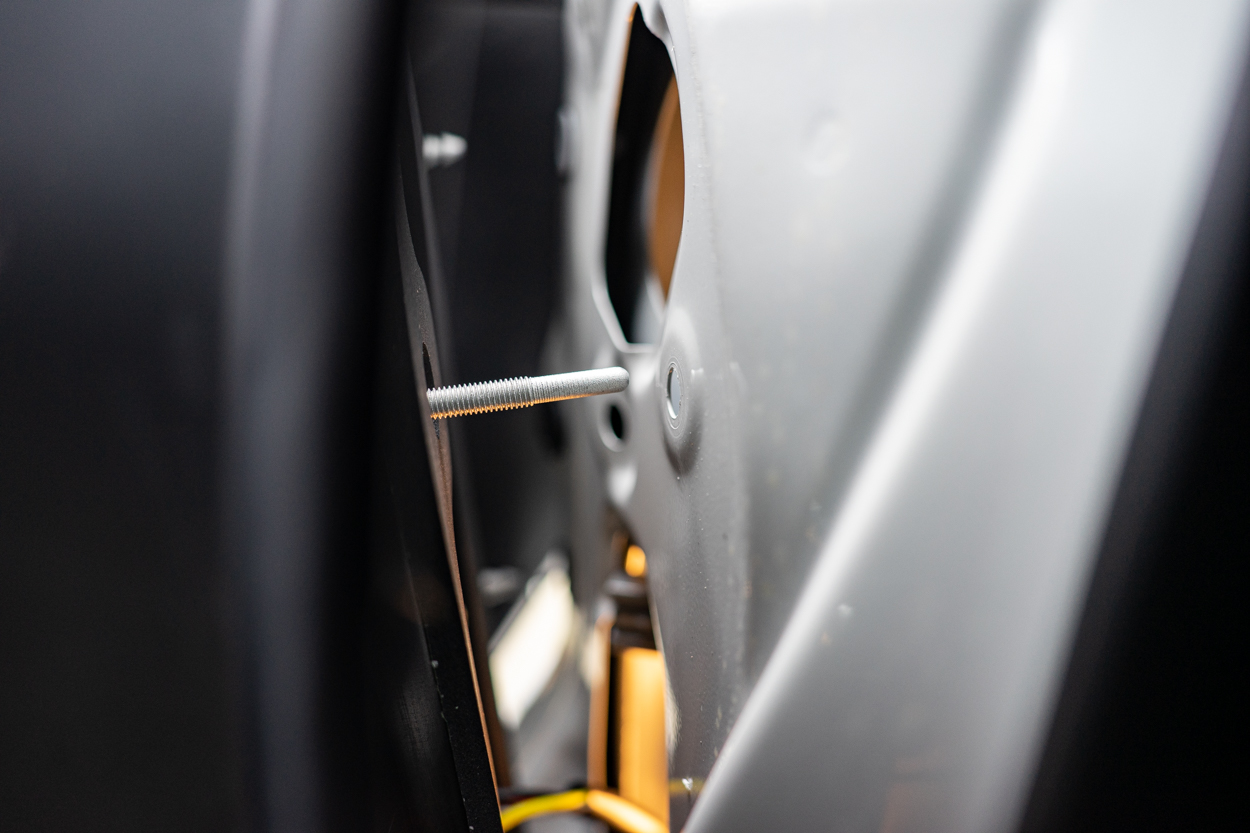 Align the new tail light studs with their corresponding holes and side retention clip. Next, re-install the two 10mm nuts. Repeat the process on the opposite side. 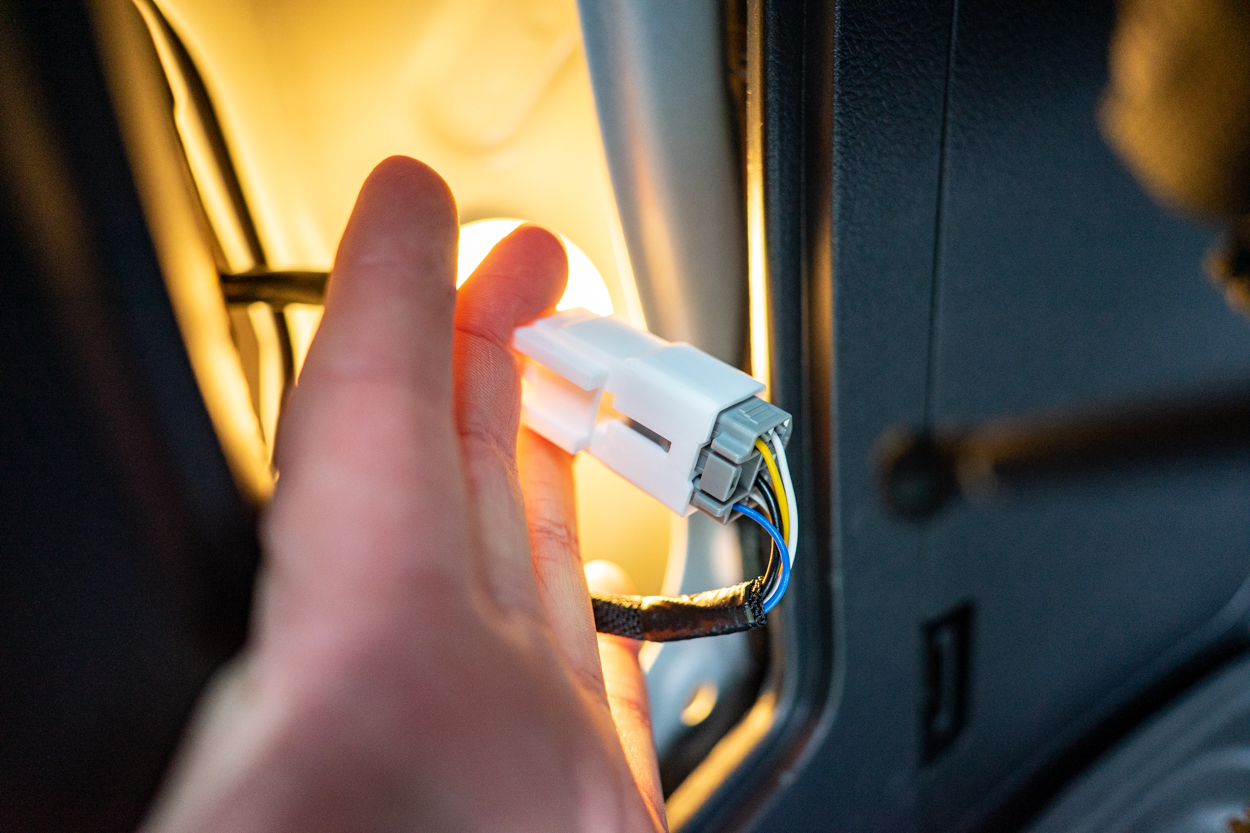 Simply re-attach the wire harness and replace the inside tail light cover. Repeat the process on the opposite side and you’re all done! 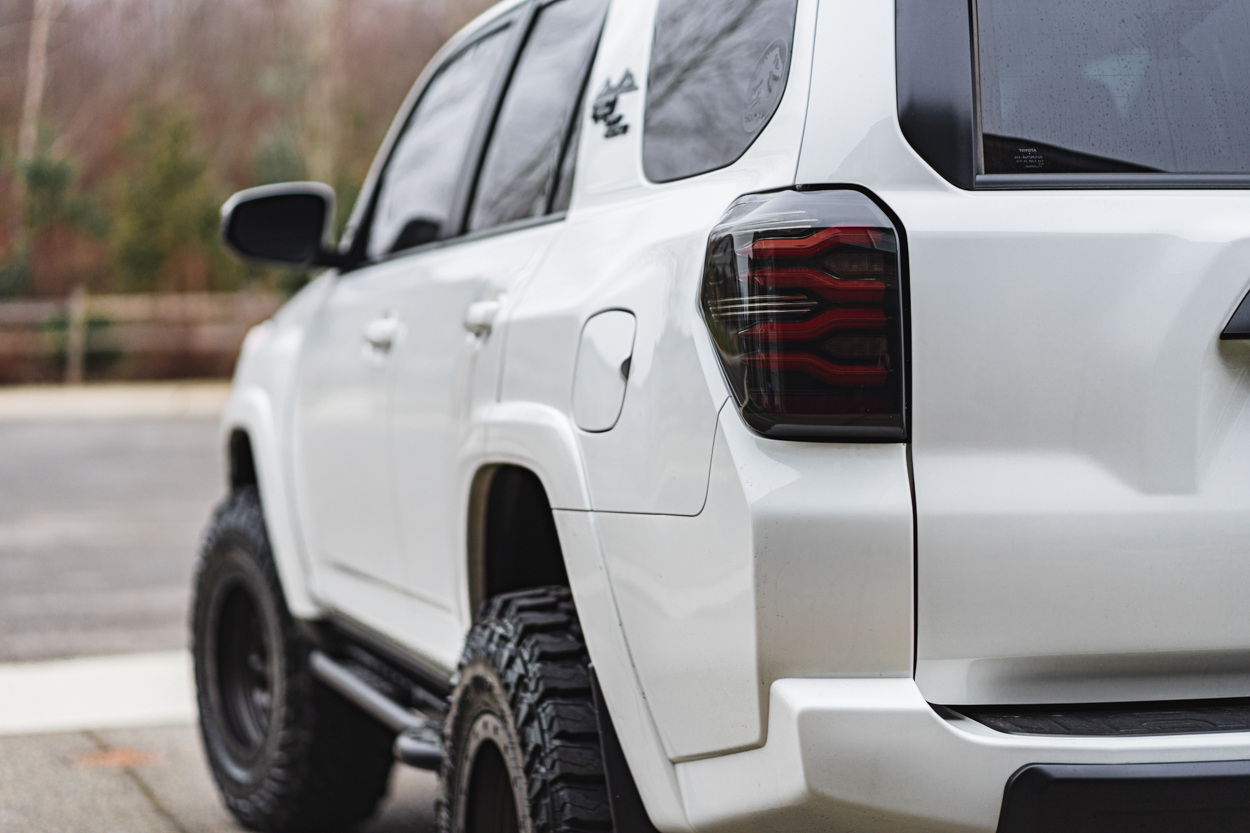 So, how do they compare to the OEM tail lights?

Previously, I had installed some smoked film covers from Lamin-X on my OEM tail lights, so this comparison should actually be pretty fair. I never realized how dim my brake lights were before, or how small given the 4Runner’s size. I think the new output and brake light area size from the AlphaRex’s are a vast improvement. They are more proportional to the huge squared-off flat surface that is the 4Runner rear-end. 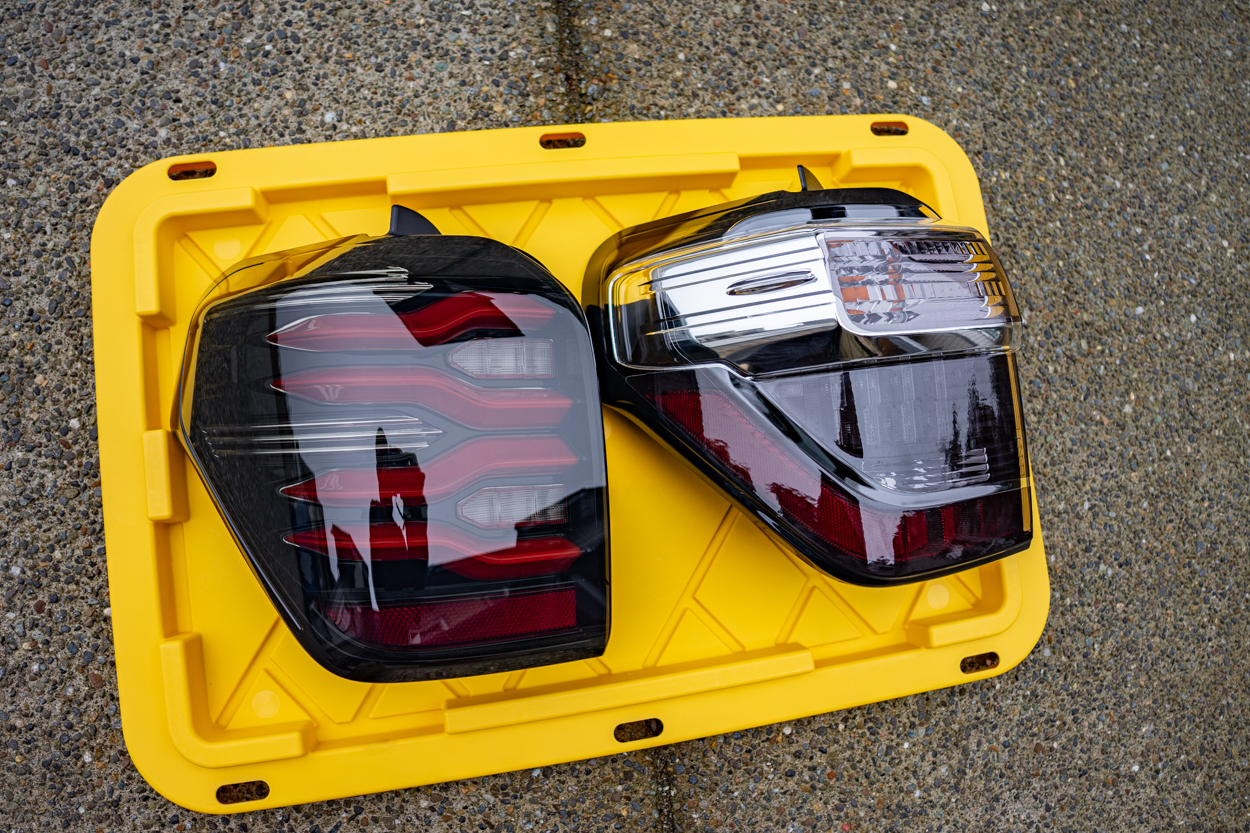 From a physical design perspective, the OEM tail lights have all kinds of shapes and contours molded into the housing. I was never really a fan of this and it made applying the Lamin-X films a bit tedious. The AlphaRex housings (Pro & Luxx) however, are completely uniform and smooth. I personally find this way more aesthetically pleasing, but that’s just me. 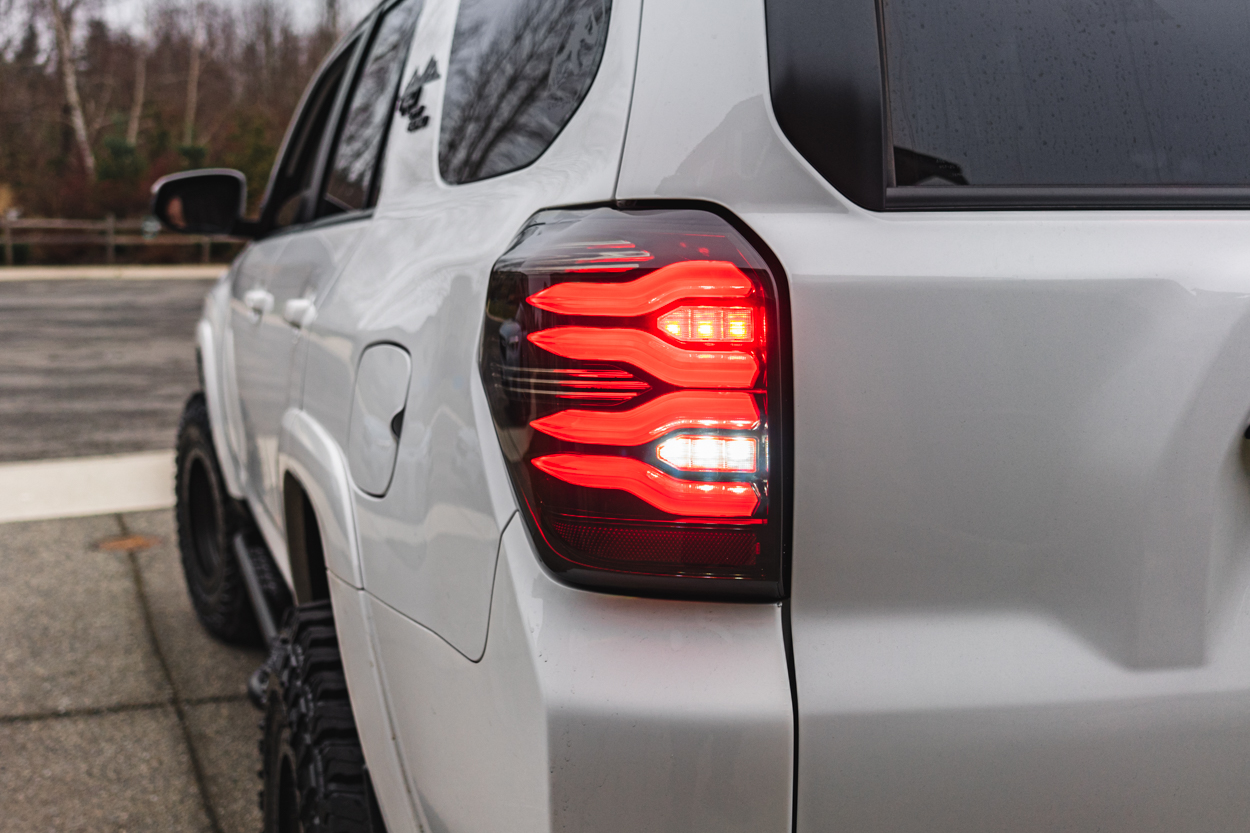 There is also a huge improvement in the safety department with the AlphaRex’s. The hazard/turn signals are now illuminated with the entire tail light vs the single, dim amber halogen bulb in the OEM. Also, the single halogen reverse bulb has now been replaced with a series of bright white LEDs – safety first! 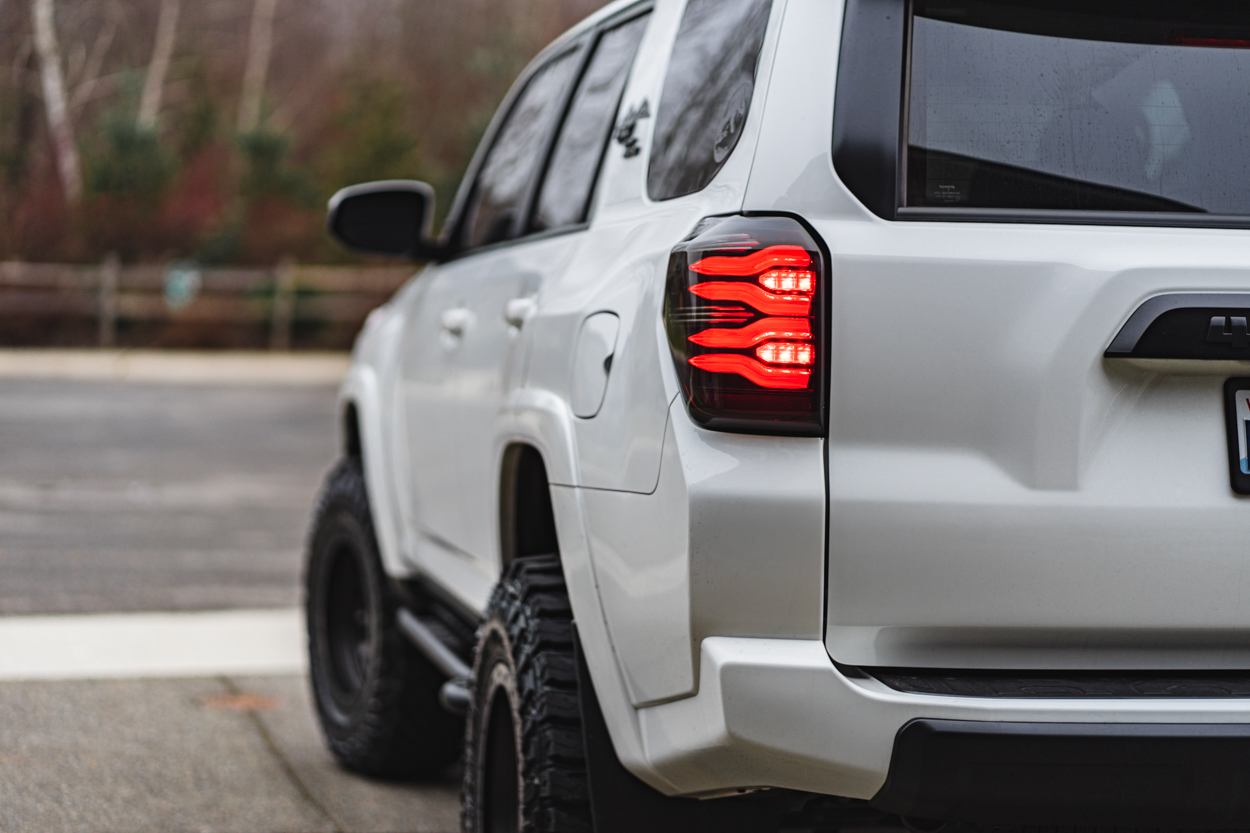 These new Luxx tail lights from AlphaRex are sick!

They add just the right amount of custom touch to my rig without being too over the top. I was a little skeptical of the red colorway that I chose out of the box, but they have really grown on me. In my opinion, the red gives them a slightly more OEM look rather than totally blacked-out or grey aftermarket housings.

These minor updates over the existing Pro series likely won’t sway anyone to upgrade if that’s what they’re currently rocking. If you’re like me and want to make an upgrade from the OEM ones, these are an awesome choice! AlphaRex definitely hit it out of the park with their new Luxx series and they should be at the top of your list if you’re in the market for aftermarket tail lights. Give the folks at Yotamafia a shout if you’re undecided or have any questions and they’ll take care of you.

Do you currently run tail lights from AlphaRex? Or maybe, you’re in the camp of OEM or bust? Either way, I’d love to hear your thoughts on these!

They do get a little washed out in bright daylight, but I wouldn’t say they’re dim – can’t be any dimmer than when I had a smoke-tinted film over my stock ones, haha

AlphaRex look great. I added Morimoto on my 4Runner.
Either is good choice and both are near same price.

The install is way easier than I could have ever imagined, awesome write up!

Thank you! I know, right?! I almost opted to not include an install section, but if it helps just one person, I’m glad it’s there!