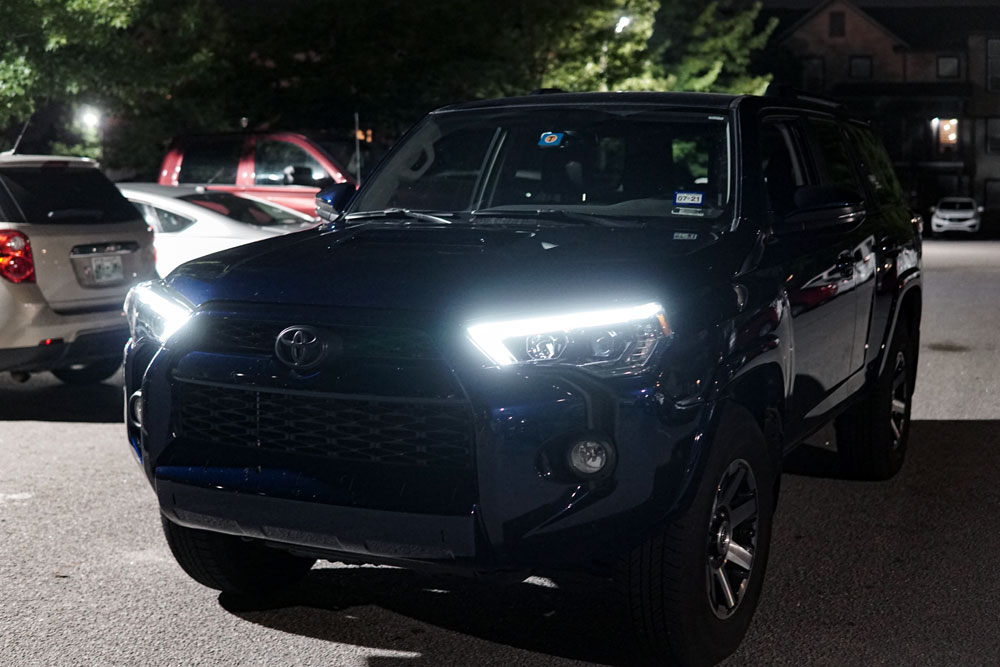 Alpha Rex Headlights: Pro Vs. Luxx Vs. Nova – Which Headlight Housing is for You?

We all love our 4Runners, but we have to admit, they do lack in a few areas, one of these being lighting.

As our 5th gens have been largely unchanged since the facelift in 2014, the design has fallen behind the competition. The stock headlights are nothing less than abysmal, with a slight amber glow, and nothing that any of us would consider ‘bright”, and the design leaves a lot to be desired. For a while, our only options for headlights and more specifically housing upgrades were Morimoto, which was too expensive for many, and to top it off, some customers experienced fitment issues and even complained quite about light output.

Enter Alpha Rex, with a solution to our problems. With over 20 years of experience in the industry, Alpha Rex is very well regarded, with great customer service, and an even better product.

There are 3 different models:

Pro, Luxx, and Nova series; each with the choice of chrome, black, or Alpha-Black. I purchased the Pro model in Alpha-Black, which has all chrome removed, and is, as you may have guessed, blacked out.

All options linked are the alpha black, because, for the most part, the blacked-out housing is most popular. 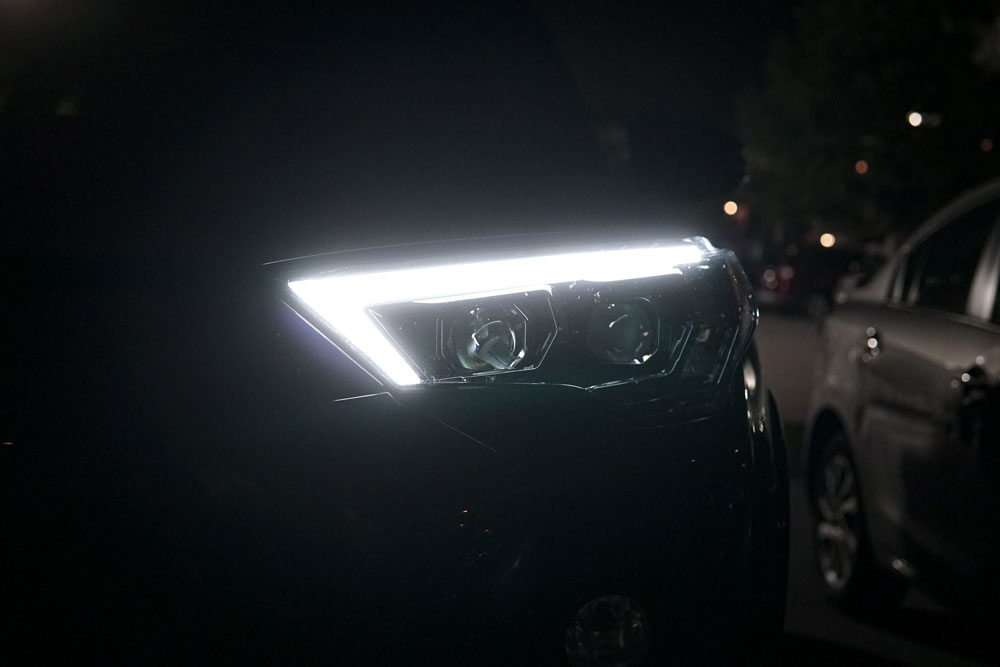 The Alpha Rex Pro Series comes from the factory with halogen high beams, and low beams (both H7 bulbs), but Alpha Rex can pre-install LED or HID’s if requested for an extra fee. The Pro model comes with a beautiful DRL that is also used as a sequential turn signal. There is also an amber turn signal bulb in the corners. I would highly recommend changing this bulb out for an amber/white LED switchback bulb, so when the turn signal is not on, the bulb is white (when low beams are on).

Next is the Luxx series, which uses two LED projector cubes per headlight instead of bulbs like the Pro model. When you unlock your 4Runner, the DRL and cubes give off a unique light show. The Luxx also has a halogen amber bulb for a turn signal, which is also used with the turn signal DRL.

Finally, the flagship — the Nova. It uses four LED projector cubes instead of two, and it definitely looks like business. It uses 3 of the projectors as low beams, and 1 as a high beam. While the Pro and Luxx (to me) look very OEM+, which is something I like a lot, the Nova looks very unique and special. It also has the same LED projector light show as the Luxx when you unlock your car. 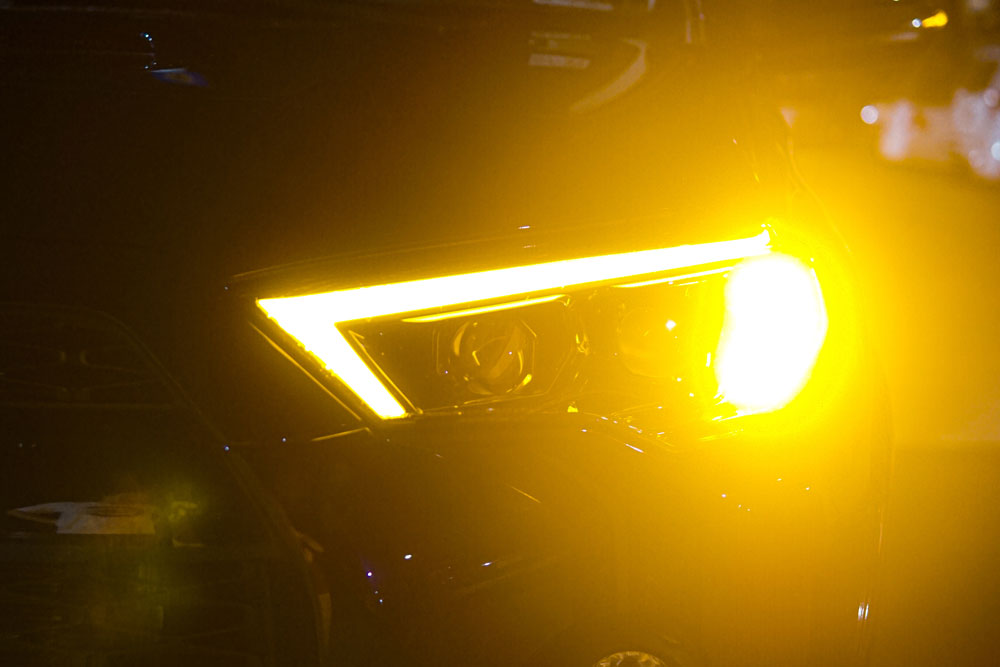 All 3 offerings are fantastic options and it really just depends on your price point. I was drawn to the Pro model due to the low price point, fantastic aesthetics, and the ability to switch out bulbs.

If I was in the market today and I wanted either LEDs or to swap the halogens out, I would purchase the Luxx model. Yes, it may be more expensive than the Pro model, but after you purchase your low beams and high beams, it is close in price to the Luxx series. If you want to go big, the Nova is a great option that looks incredible. I would highly recommend these to anyone with a 5th Gen 4Runner. They look amazing and put out a very good amount of light, and have great cut off lines.

The fit and finish are top-notch, and so is the customer service at Alpha Rex. Alpha Rex has been an industry leader in headlights for over 20 years, and I don’t think that will change anytime soon. All of their offerings have a 2-year manufacturer warranty from the date of purchase. This may be 3 years shorter than Morimoto’s warranty, but I’m not the least bit concerned based on the quality of the product. 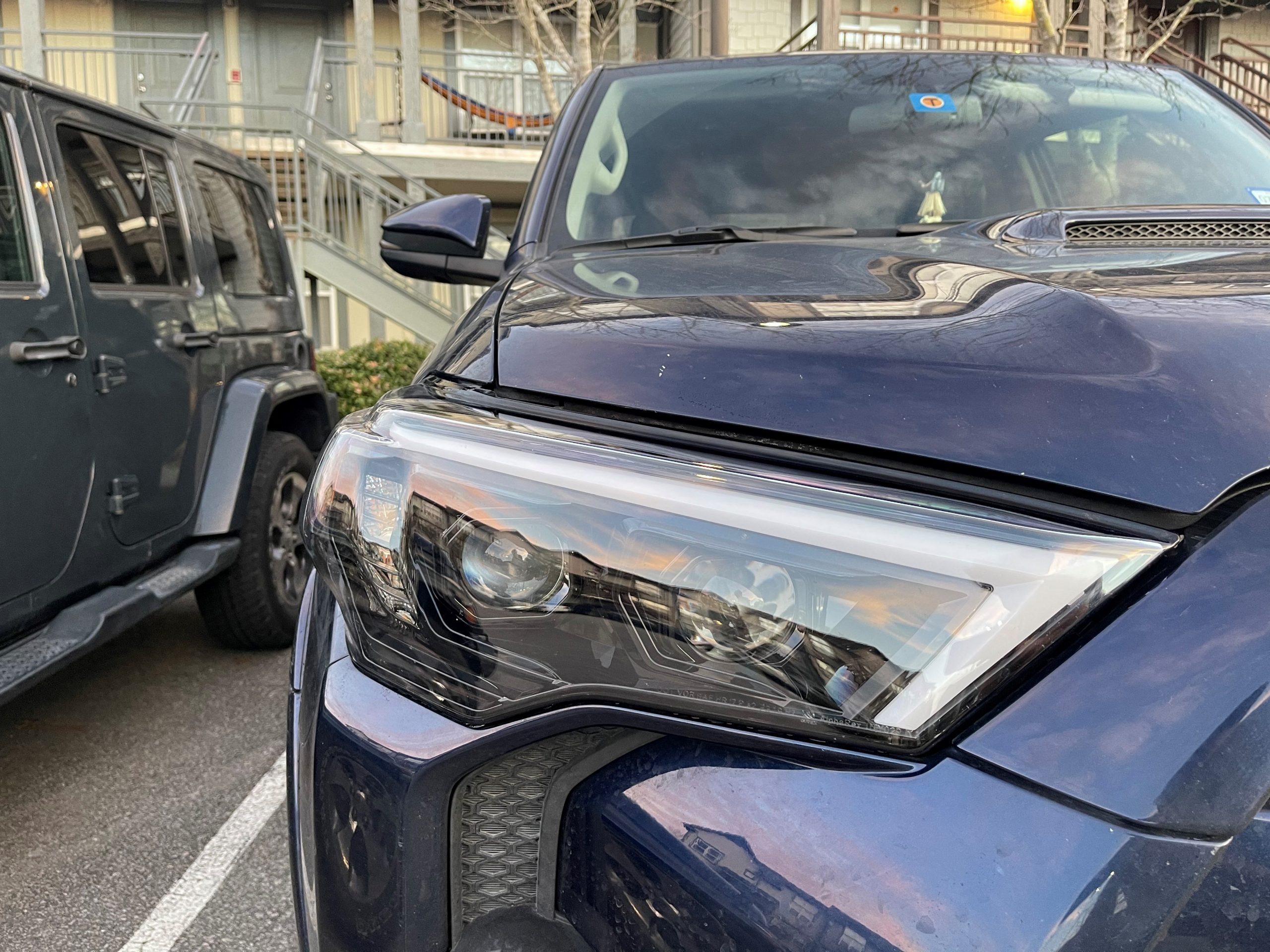 When installing, I would highly suggest following the installation guide on Alpha Rex’s site. You can find the guide here. Make sure to organize your screws — you will basically be taking off the front half of your 4Runner. I would also highly suggest that you make sure you have at least two hours to install. The first time took me a very long time but with the new instructions on Alpha Rex’s website, it should be quicker.

If installing the Pro model with your own bulbs, make sure to replace the bulbs before the headlights are installed. It is pretty close to impossible to change the bulbs if they are not out of the car.

All versions of Alpha Rex’s 4Runner series are SAE/DOT compliant.

I will be posting more photos of the Alpha Rex headlights, and other mods on my Instagram: @nauticalbluetrd.

In the pursuit of great food and driving adventures in my first 4Runner and I'm loving it.

Can anyone comment on the longevity of the LED bulbs in the Luxx? Looks like they aren’t replaceable.

Anybody install on a 10-13? They offer these on the site for 10-13 pre-facelift, but never see any reviews for these years. Curious if anyone ran into problems with bulb swaps etc. I know LEDs for these years could mean getting an adapter for the wiring.

hi there. How did you change your h7 led bulbs

Love the write up! Quick question…when your low beam are not on, and you’re just using DRLs, do the high beams also come on at the reduced output? I think the Luxx and Nova series just use the led DRL strip, and didn’t know about the Pro. Thanks again for the review.

ys, but with the alpharex- the stripe is wired to the INJ fuse which allows it to run all the time the truck is on. With headlight switch in off position, that strip shines at its brightest, and when put into DRL mode the stripe brightness is reduced and the highbeam comes on at reduced outbput

Nice job Harrison. Out of the three types is there any difference in the install? Also are you sure all three are DOT compliant? I think the NOVA series since they are in a sealed enclosure are the only ones. Where I live the state inspection is a killer at times. Thanks.

According to their website, all three offerings are DOT and SAE compliant, so you should be good. My Pro’s have some sort of SAE or DOT approved lettering on it.

The instruction guide is universal with the Pro, Luxx, and Nova.

I dont see any instructions on bulbs swap. Can you give any advice on it? TIA

Just installed the AlphaRex Luxx series, love them, took me two hours to put on. The little dance it makes when unlocking and locking the car is sexy, DRL looks sick makes your 4Runner a little mean. Got the Luxx on a deal if not I wouldve went to the Pros. I wish I had the Novas tho but imo not worth the price point.

Novas look fantastic but the Pro’s made the most sense for me at the time. If I was to do it again, I think I’d pick the Luxx!

Honestly the dance sold me to upgrading to the Luxx

Great article! I just installed my Alpharex Pro Series about a week ago. It took me around 5 hours or so, but it was my first time removing my front bumper. The DRL feature is awesome and I think they are totally worth it!

It took me a very long time the first time, after that it’s a breeze. I could reinstall with my eyes closed. Hope you’re enjoying them!