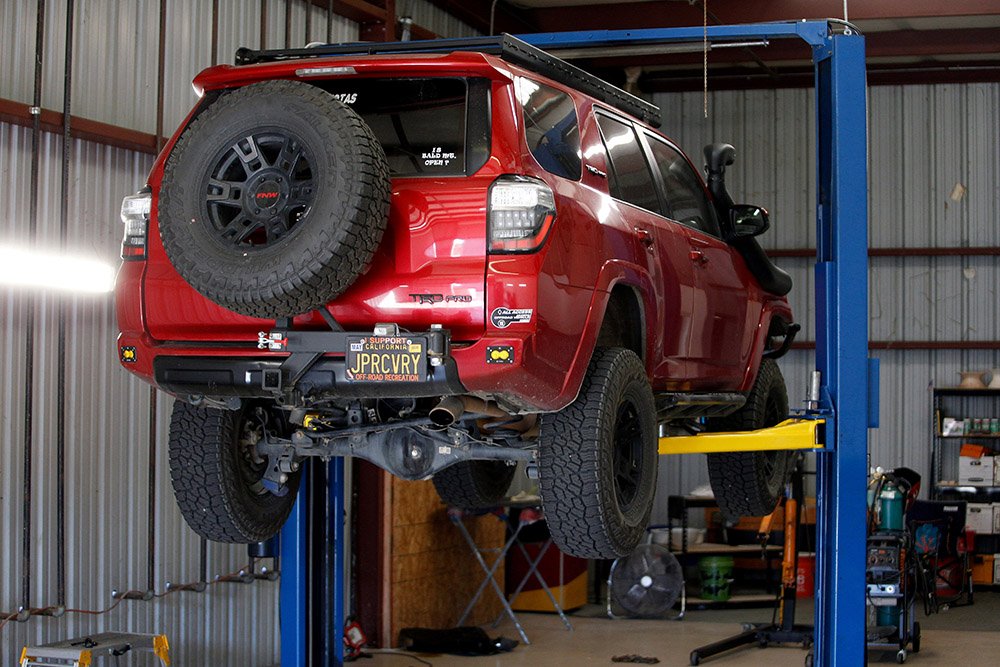 When a vehicle is built it’s meant to stay the way it is from the factory, as the geometry of the vehicle is set to perform in the best way possible. As we add lifts and other modifications, some of these things change and can cause issues down the road.

For those with a lift, you may not think anything has changed minus the clearance for tires, but a lot more has, and most of the time it’s affecting your rear axle. 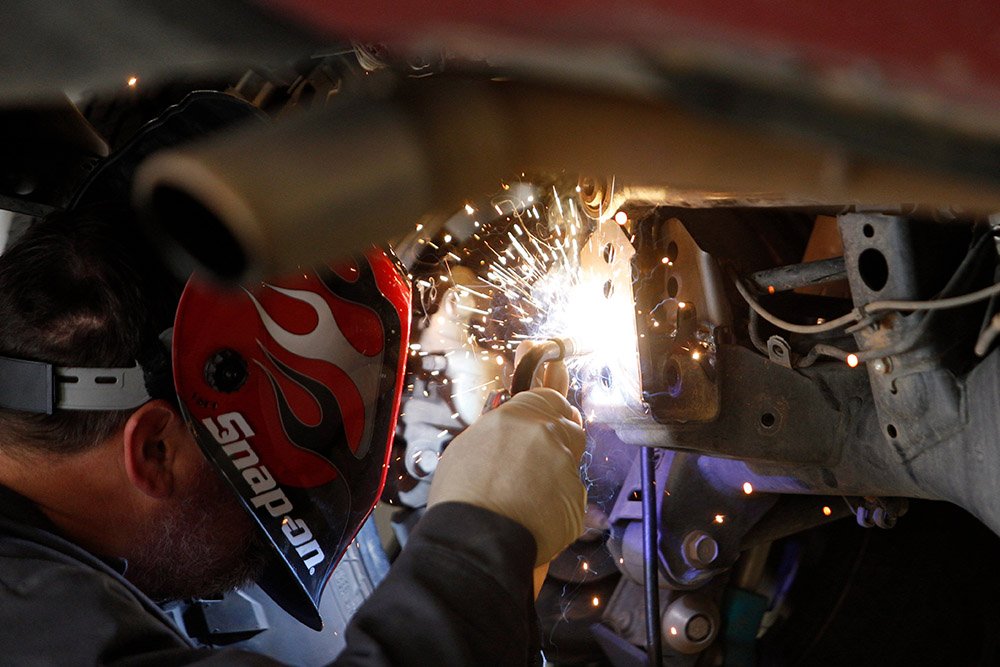 When a vehicle is lifted, one of the most important parts of the vehicle is affected by this change, the Panhard bar. The Panhard bar is in place to keep the rear axle centered below the body and prevent movement from left to right.

As we lift our 5th Gen Toyota 4Runners, the Panhard bar goes from its horizontal position to a more vertical position, preventing it from doing its job, thus resulting in the axle having more movement left and right.

Why is this bad? If your Panhard bar is not set up correctly and movement occurs within the rear axle, you risk binding and bending the rear, not to mention causing issues with u-joints. These are expensive fixes and most likely won’t be covered under any warranty claim.

There is a belief that the sway bar and the Panhard bar are relatively the same things as they prevent unnecessary movement. While this is true, where they are preventing the movement is entirely different.

The sway bar is all about body roll and keeping the vehicle “flat.” This is why many off-roaders choose to either run no sway bars or have sway bar disconnects. This allows for more articulation which is necessary for trails that are off-camber. The downside to this is when on the pavement. When taking curves, whether, at speed limit speeds or faster, you feel the body moves much more than it normally would. It also can be a risk if you have to make a quick evasive maneuver.

As mentioned above, the Panhard bar prevents movement as well, but for the axle. While the vertical movement is allowed, lateral movement is what is prevented and or kept to a bare minimum. 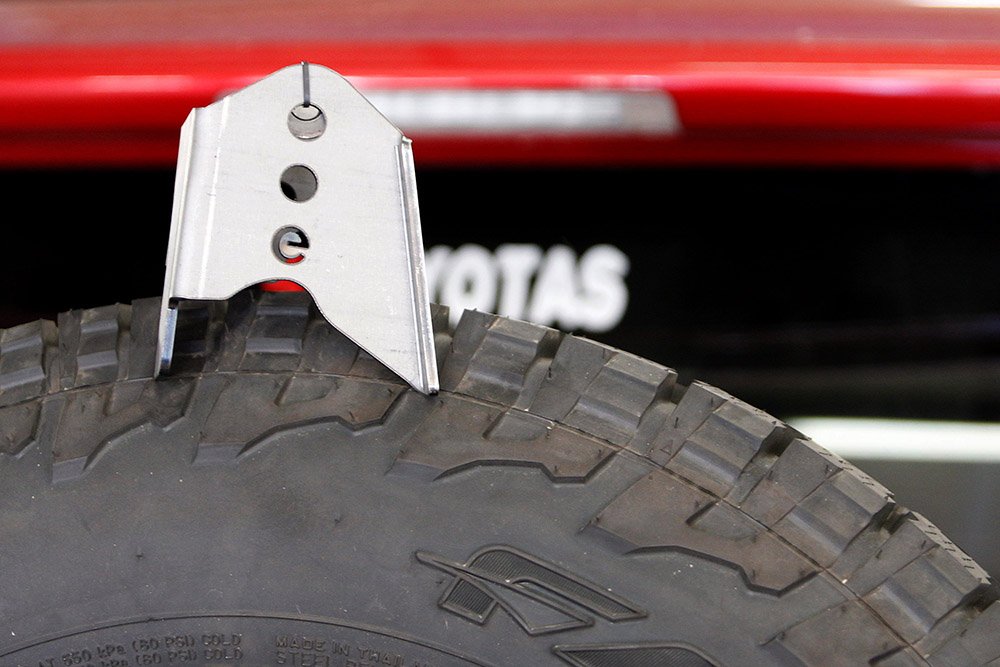 Though there are many options on the market to help correct the Panhard bar, the more bulletproof and proven way is with the EIMKeith Panhard Bar Correction Kit (PACK). This ultimately allows you to use your factory Panhard bar without having to constantly readjust.

This is a simple bracket that welds onto the Panhard bar mounting location and corrects the Panhard to it’s new “factory” position. There are a total of two mounting holes for those with lifts ranging from 2-4”. Depending on how much lift you have will depend on where you mount the Panhard bar.

The bracket is made of .120” thick steel to match the factory thickness that comes on the Toyota 4Runner. It also includes the nut required to tighten the bolt in place. The nice thing about this is that it is not welded on, so if you decide to later on go with a larger lift you can adjust the Panhard bar to fit that specific lift.

Additionally, if you decide to go back to the stock height the original mounting location is still able to be used with the kit. 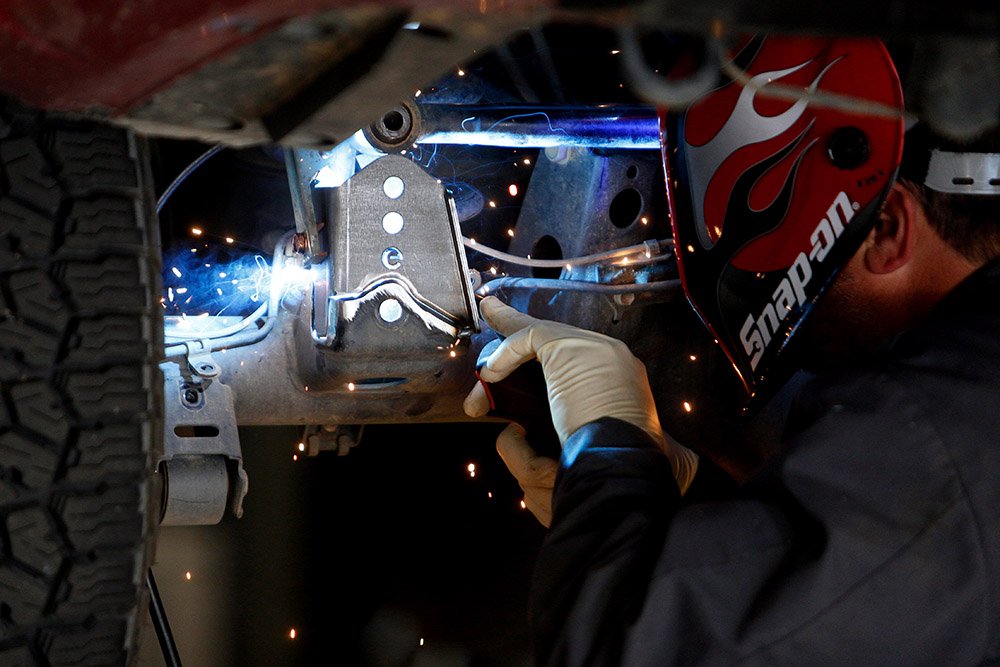 EIM Keith is an average guy like everyone, and off-road enthusiast, who happens to be one awesome fabricator in the Toyota community.

Do You Need The Kit? 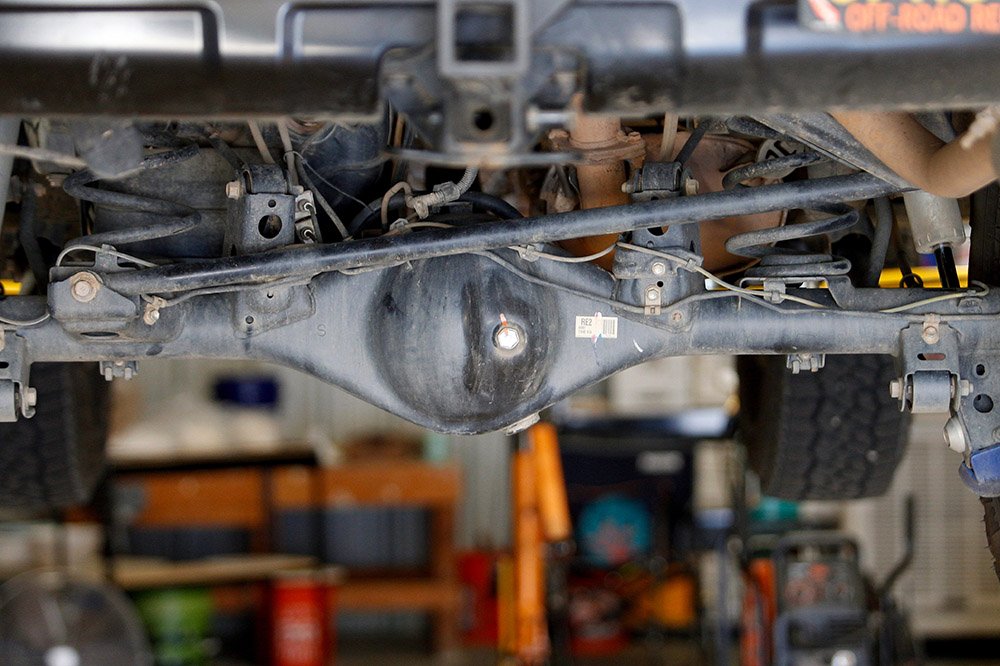 There’s always a debate when it comes to certain products on whether you actually need them or not.

If you have a stock height 4Runner, then the answer is simply no, you do not need a Panhard bar correct kit. If you have a lifted 4Runner, not spacers to level it out, but an actual lift, then odds are yes.

One of the easiest ways to tell is by getting under your 4Runner and looking at the Panhard bar. Is it 180 degrees? Or close to that? Or is it more in the range of 140 degrees? That is one of the key signs.

The other key sign that you need an EIMKeith Panhard bar correction kit is if you can feel your vehicle being a bit “wobbly” in the rear when taking turns. If you have your rear sway bar removed, this may be harder to tell. However, if it’s installed, go around a gradual turn at a safe speed, and see if you can feel it moving around. This was my key sign that I needed the EIMKeith Panhard bar correction kit. 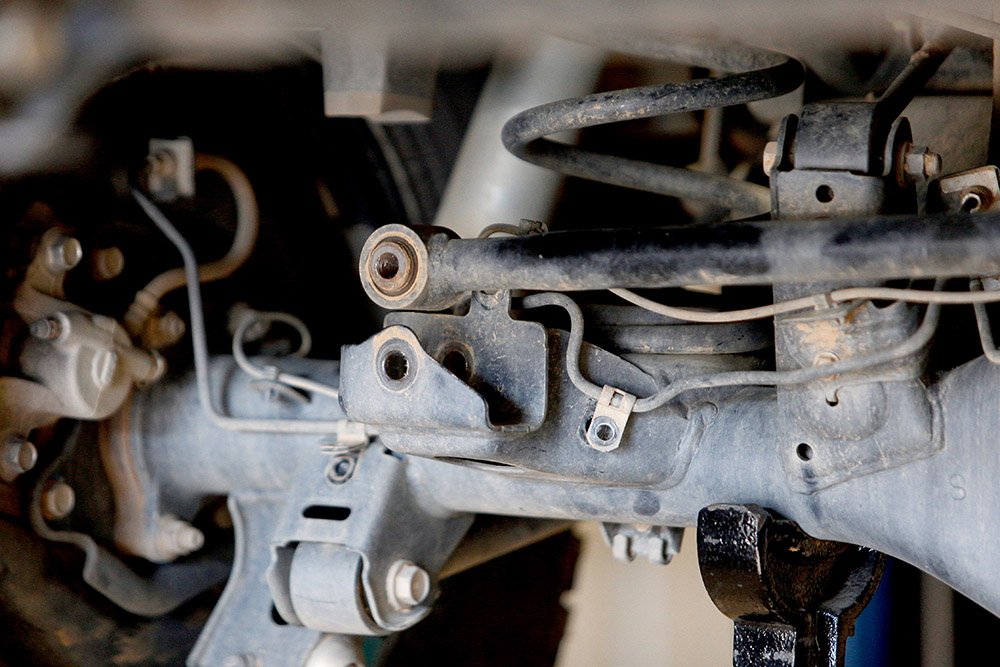 The install of the EIMKeith Panhard bar correction kit isn’t a hard one, but it does take welding knowledge to do. Unfortunately, I’m not a welder, so I had to take it to my buddy Bryce at Timberline Off-road in Fresno, CA to install the kit.

You want to remove the Panhard bar, which can be done on the ground or a lift. The key here is to make sure the axle doesn’t move, which tends to be easier to do on the ground. Of course, when welding, it’s easier to have in the air. Our plan was to move it back if it did move, however, this was never an issue for us.

Once removed you want to take a grinder to both the mounting points on both the bracket and the factory location, allowing for 100% contact with the weld. Failing to do so can cause poor welds and ultimate failure.

After finished and cooled down, paint the metal so it does not rust, reinstall the Panhard bar on the ground. Be sure to use the correct hole. While I sit at 2.5” of lift, I thought the Panhard bar would go in the top hole. While it looked like it would, the lower hole was the correct option. If you feel you are forcing it you likely don’t have as much lift as you think. 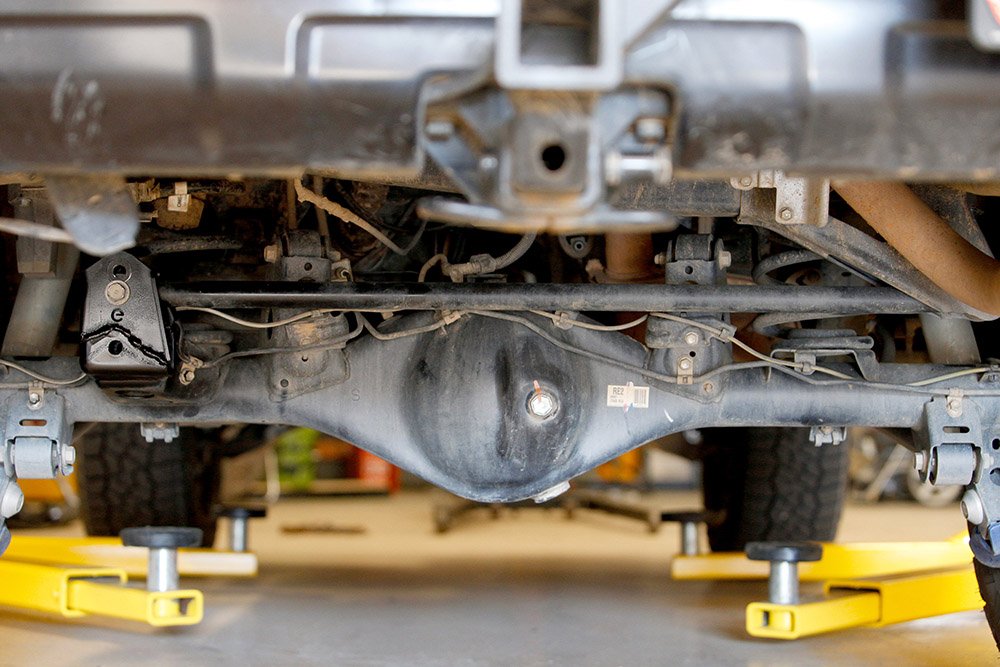 After driving with the EIMKeith Panhard bar correction kit for a few months now, I’ve noticed no movement in the rear end like I used to feel. Originally I thought it was just the stiffer springs I put in the rear but realized after a while springs wouldn’t be causing the lateral movement. After researching a while I found EIMKeiths Panhard bar correction kit and realized that was exactly what was happening.

While this won’t exactly fix lateral movement while wheeling, as angles, are much greater when off-camber, you can be confident that it will keep it at a better angle than what you had before installing the kit.

Did you have to move the axle over to get the panhard bar to line up with the holes on the EPC? I ordered this, installed, and now with the vehicle on the ground, the hole doesn’t line up. The panhard bar lines up perfectly with the stock location hole but it is about 1/3 of an inch off the hole on the EPC. I am going to have to lift the vehicle and force the axle over to get this to line up. I can’t find anyone discussing this issue. Is this standard? I don’t want to force my axle into a constant angle if this is incorrect.

Why is this a better option than say an adjustable panhard bar?

I have a 17 SR5 with the 3rd row and I’m currently setup with icons 52700 rear springs 2”. Have the pan hard correction kit installed and in lower hole, to me it looks like it’s a little higher then frame side which is terrible I know. Will be dropping to stock hole tomorrow, question is what springs are you using? Thinking about getting the 52800 3”, thanks

Is it also working with the KDSS system?

Do you have any photos of the truck on the ground (pre-install) in order to get a better visualization of the angle change?

Also, in these install photos, is your rig empty, or fully packed up? The bar looks pretty parallel (which is great), however, once fully loaded, the frame mount will sit lower than the axle mount, which is even worse.

Question… I plan on installing 2 inch aluminum spacer on the front struts, and a 2 inch spacer for the rear coil spring perch. 2019 4runner SR5 Will I need a Panhard bracket kit? The tires will remain factory stock size, for now. Thanks, for all the great tips!

I think the issue of the panhard bar angle is caused by increased distance between the frame and the axle. A spacer would also cause that separation, so my guess is that yes, you might benefit from some correction. An adjustable panhard bar may also help, but it won’t correct the angle issue like this kit will do. Tire size shouldn’t matter as it doesn’t change the distance between the axle and frame.