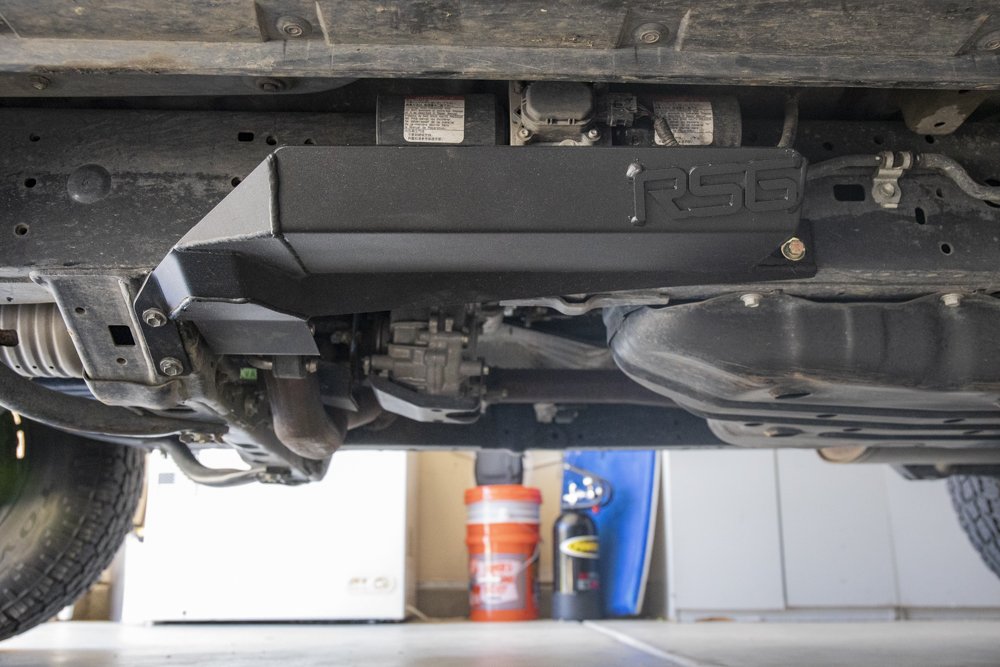 Skid plates are an essential part of Off-Roading…

From the front, transmission, and t-case to the gas tank skid and all the others, the more protection you have when you’re off-road the better off you’ll be. Skid plates protect your undercarriage components from being damaged from big hits on rocks, logs, and other obstacles. 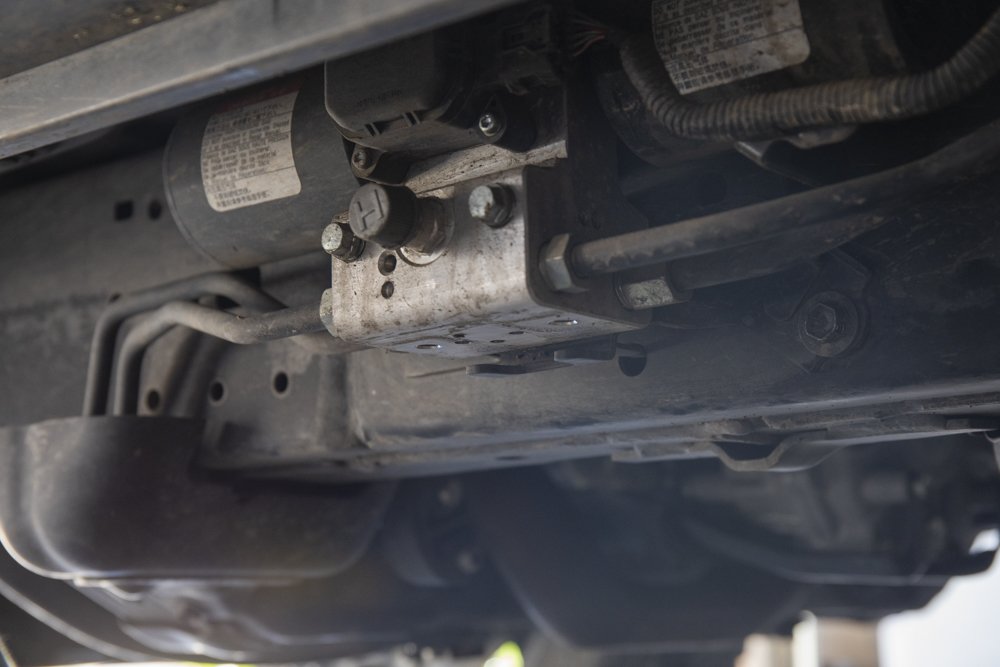 Those improvements have arrived with the RSG Offroad KDSS skid plate for the 5th Gen 4Runner.

Who is RSG Offroad?

Located in Sheridan, CO, RSG Offroad is well known for the design and fabrication of high-quality Toyota rock sliders. They make rock sliders for quite a few 4Runner models, GX’s, and Tacomas. RSG Offroad provides skid plates for these platforms as well.

Recently, RSG Offroad launched this new KDSS skid product so we thought we grabbed one to see what it was all about. Everything RSG produces is of the highest quality when it comes to armor.

The RSG KDSS skid plate is built from 1/8 inch steel and works with most aftermarket rock sliders on the market. The product installs with three bolts. Very simple.

The process is about as plug-and-play as you can get. All you do is remove the two covers over the KDSS components and then reinstall the single RSG Offroad KDSS skid plate.

The only reason an installation here might give you a challenge would be if you have rock sliders other than RSG that interfere with the mounting points for the RSG KDSS skid plate. In that case, you would either need to cut your skid plate to accommodate the sliders or cut your sliders to accommodate the skid plate. Or, if you can get extended bolts, maybe bolt through the sliders, through the skid plates, and into the frame. 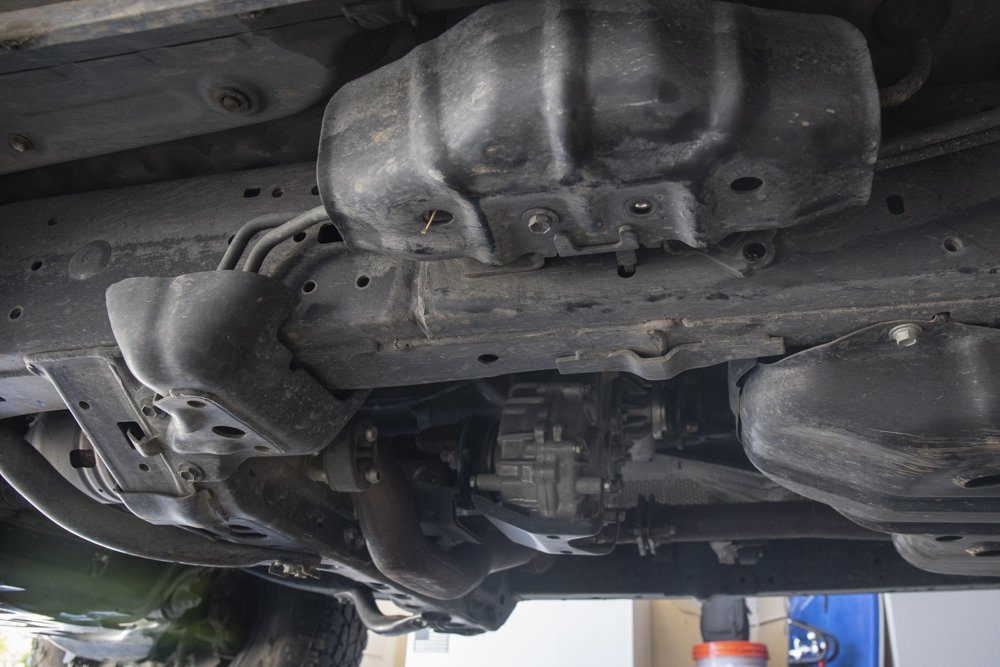 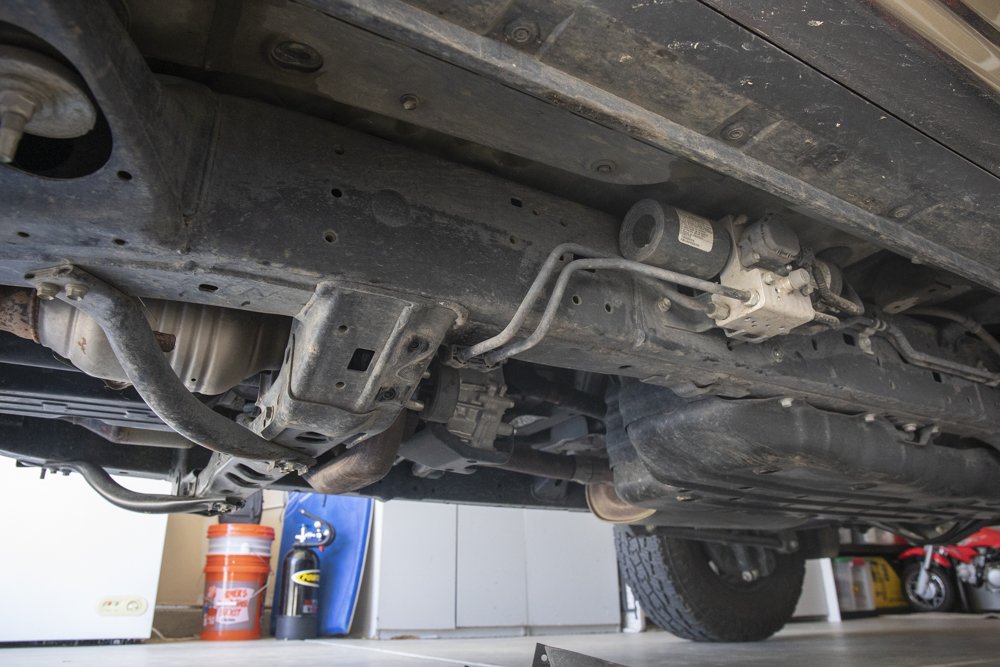 Clear any dust, debris, rocks, and buildup around the accumulator assembly. 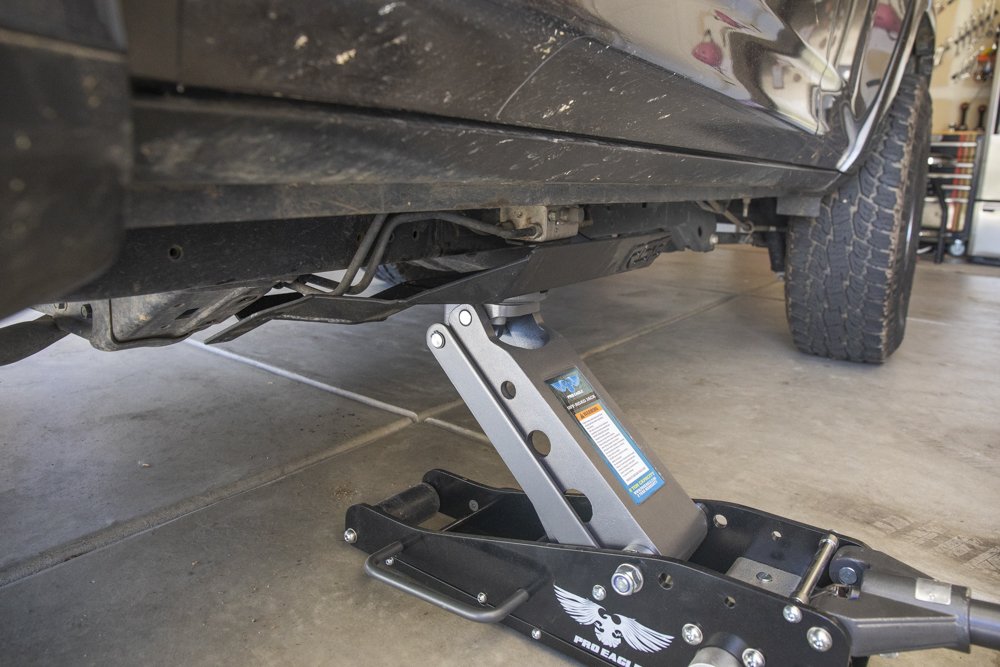 Using a floor jack, lift the skid plate into place. 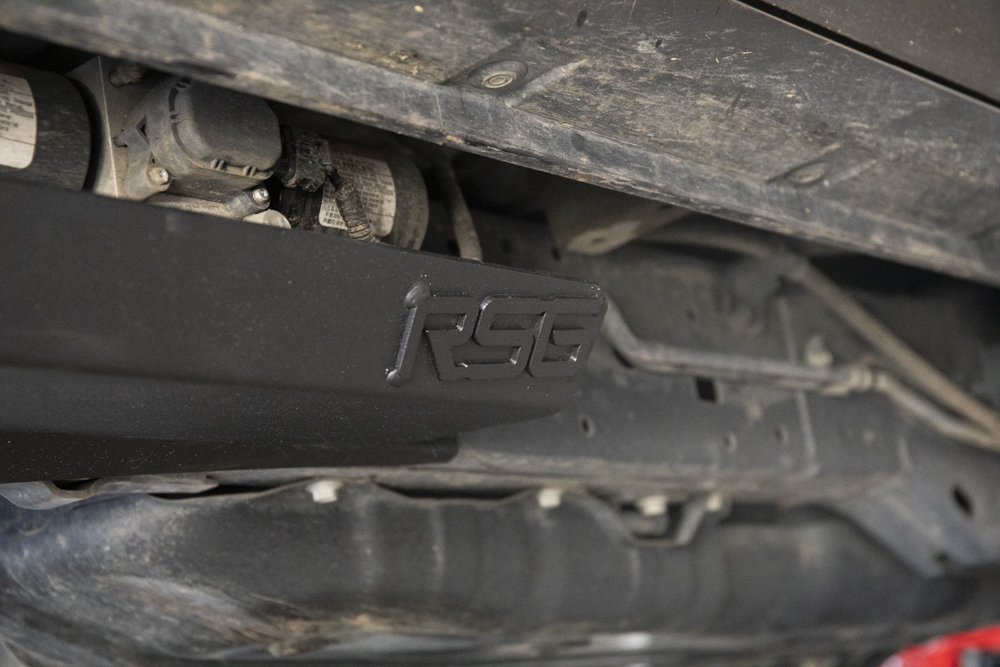 Start by threading the two lower bolts into place and then continue threading the top bolt into place. Once you have all three bolts tightened down onto the skid plate remove the floor jack and you’re finished. Yeah, it’s that easy! 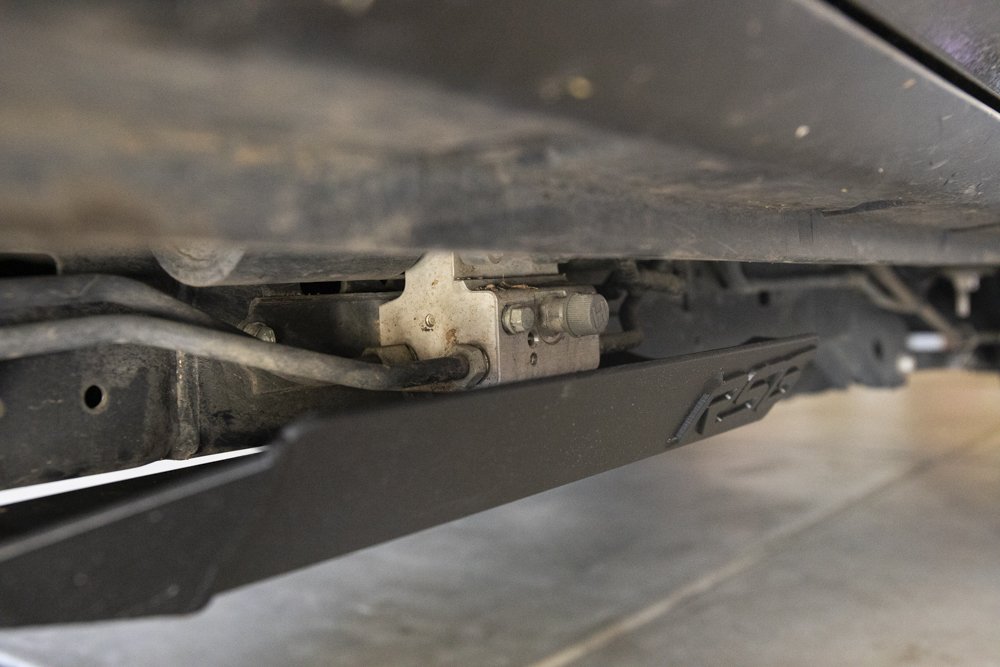 Not only does the KDSS accumulator skid plate offer stronger protection over the factory cover, but it also allows access to adjust the pressure in the hydraulic lines without removing a cover (without rock sliders). You may need to adjust the pressure in the hydraulic lines if you’re working on your suspension and need more play in the KDSS swaybar. Or, some guys like to loosen this before they hit the trail (proceed with this at your own risk). This feature is nice because previously you would have to remove the factory skid covering the KDSS accumulator assembly in order to reach these adjustment nuts. With that said, once you install sliders, it will likely close off this gap depending on the brand. 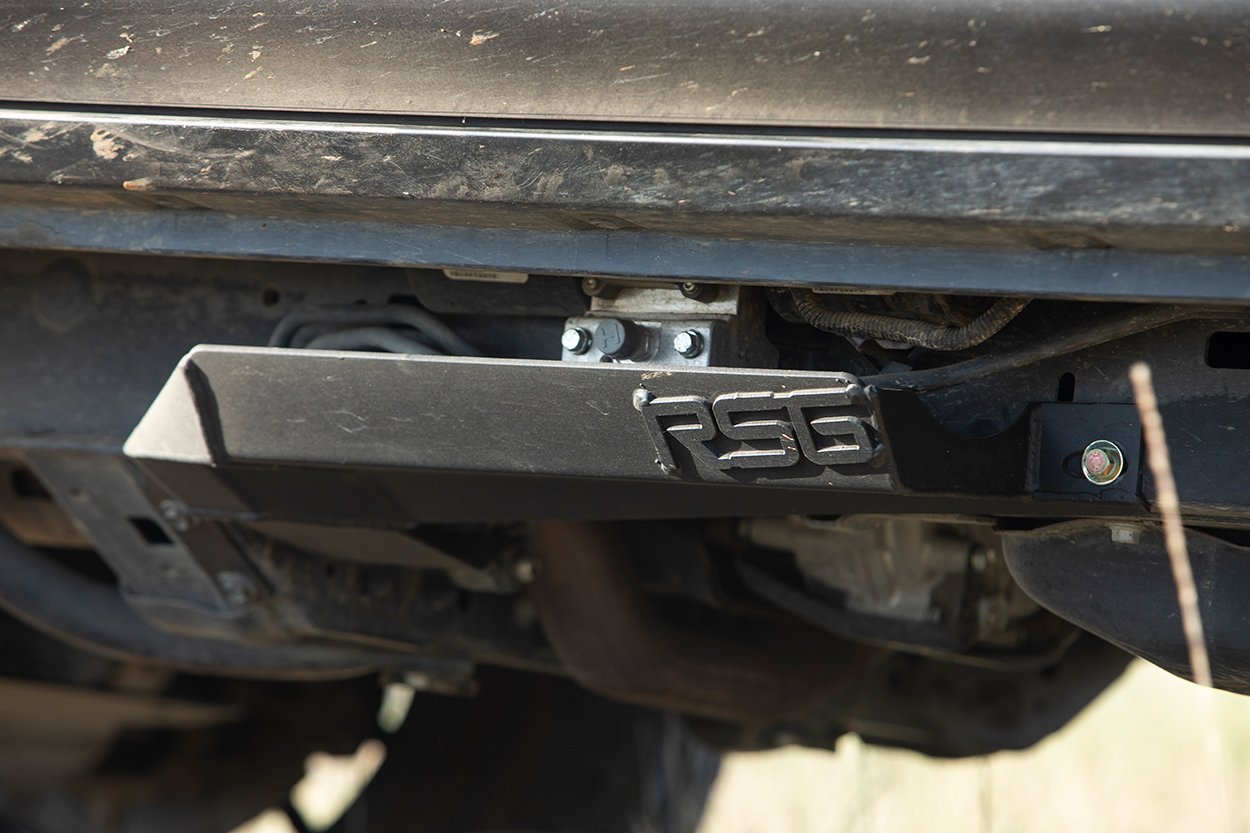 If you have KDSS and you push your 4Runner off-road I highly recommend grabbing one of these skid plates in order to add a little more protection over your accumulator assembly.

I have the RSG o degree sliders. Will these fit with no problems?

Hi Jason – do these work with the Shrockworks sliders? Also what was the lead time like if they build to order? thanks!

Yep I have this. I also have their sliders and front skid. Everything is top quality and bolt on. Still waiting for them to finish R&D on their T-case skid.