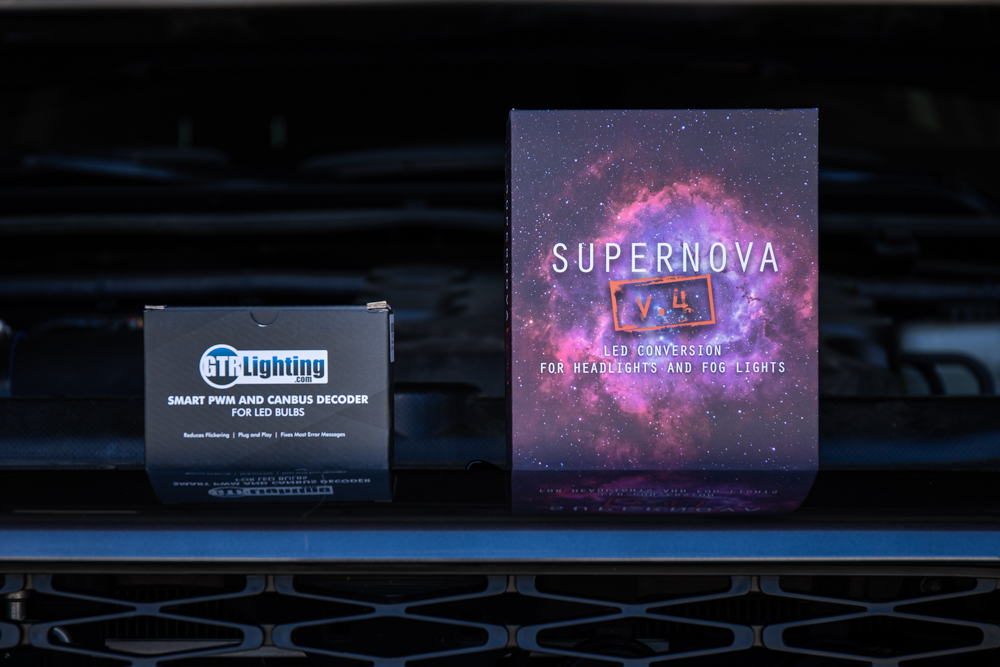 If you are looking to upgrade your high beams to one of the brightest 9005 LED lights on the market, check out the S-V.4.

The Headlight Revolution S-V.4 9005 high beams pack a pretty serious punch when it comes to reflector lighting. See increased visibility, a wider viewing angle, and a much longer lifetime over conventional halogen bulbs.

Most of the 9005 LEDs on the market are known for being bulky and difficult to fit inside the housing. Designed to be as compact as possible, the S-V.4 high beam is an easy install and is pretty compact.

Using the GTR PWM to control the lighting functions, the S-V.4 9005 functions as normal (full-brightness) in DRL mode.

Because our 4Runner has a CANbus system that controls our lighting, system failure notifications occur when less power is drawn from the bulbs (LED vs. Halogen bulbs). When you plug LEDs into a halogen socket, the CANbus system thinks the halogen bulb is failing or running low on power. So, the CANbus system tries to adjust the power which causes a light flicker in the LED bulb. Because our LED headlight bulbs flicker and even give us errors and warnings on the dash, we need a unit to offset this somehow.

With all of this being said, the bulb is totally plug and play.

The Headlight Revolution offers many 9005 options to choose from but let’s look at the Supernova lineup. Their earlier version is the PerfectFIT and now the S-V.4.

The S-V.4 design resembles an original filament bulb and features 4 updated CREE XD (Extreme Density) chips on each side. These new chips have updated construction, manufacturing, heat dissipation and luminous.

With these new features coming to light, the new S-V.4 brings roughly a 40% increase in usable light compared to the previous V3 model when specifically tested on the 5th Gen 4Runner reflector housing. All of this amounting to an upgraded light that can be driven harder, and cooled better with an upgraded fan. 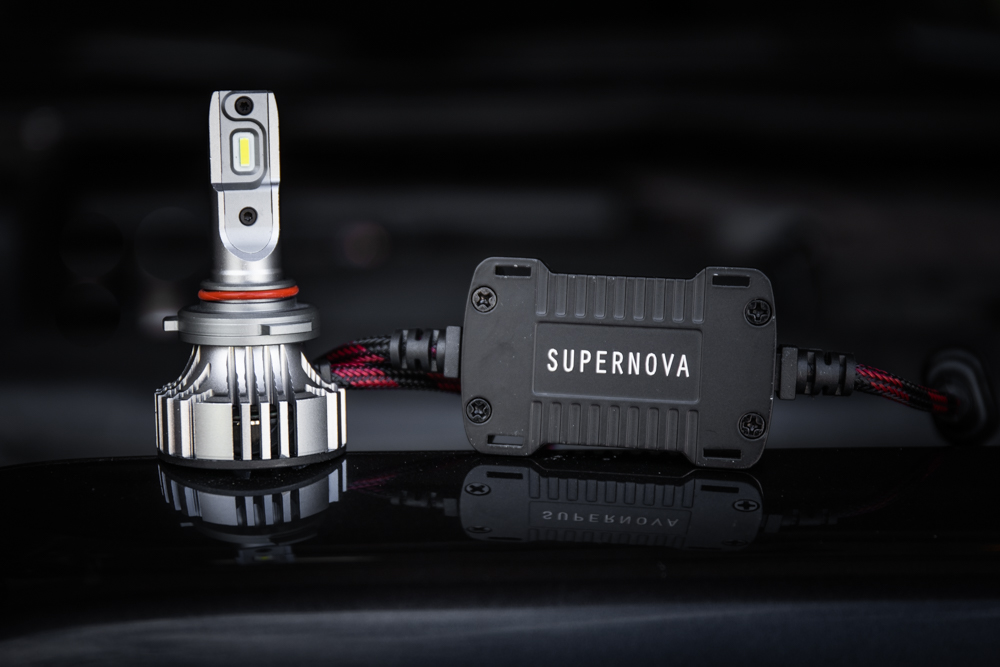 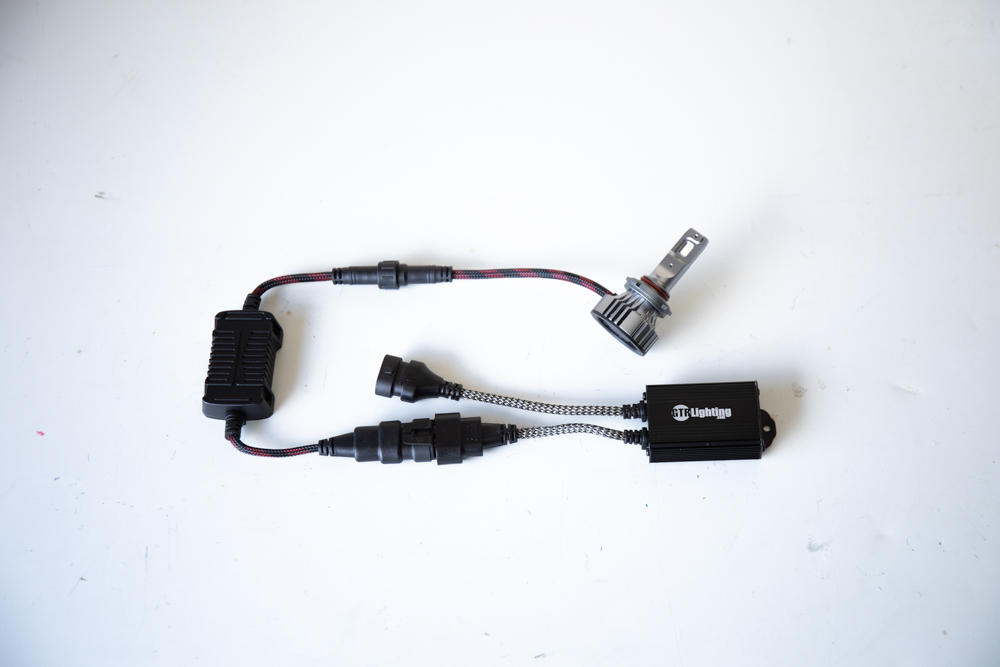 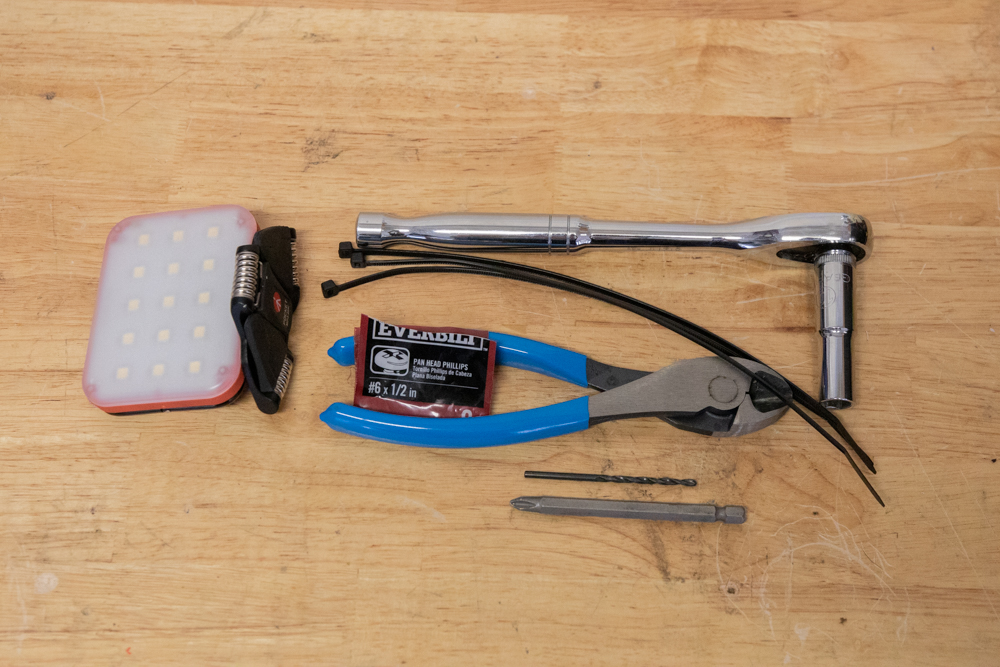 High beams are easy to install. Just unplug the old ones and plug in the new ones.

The bulb install is plug and play but you do need to figure out where to mount the GTR PWM. You can mount the PWN to the firewall using double-sided 3M VHB tape like the Xenon Depot HID kit or mount them directly to the firewall.

I mounted our GTR PWM to the firewall. All you need are basic shop tools to get the job done. Again, it’s a pretty straightforward process.

Screws and Bit for Drilling into Firewall 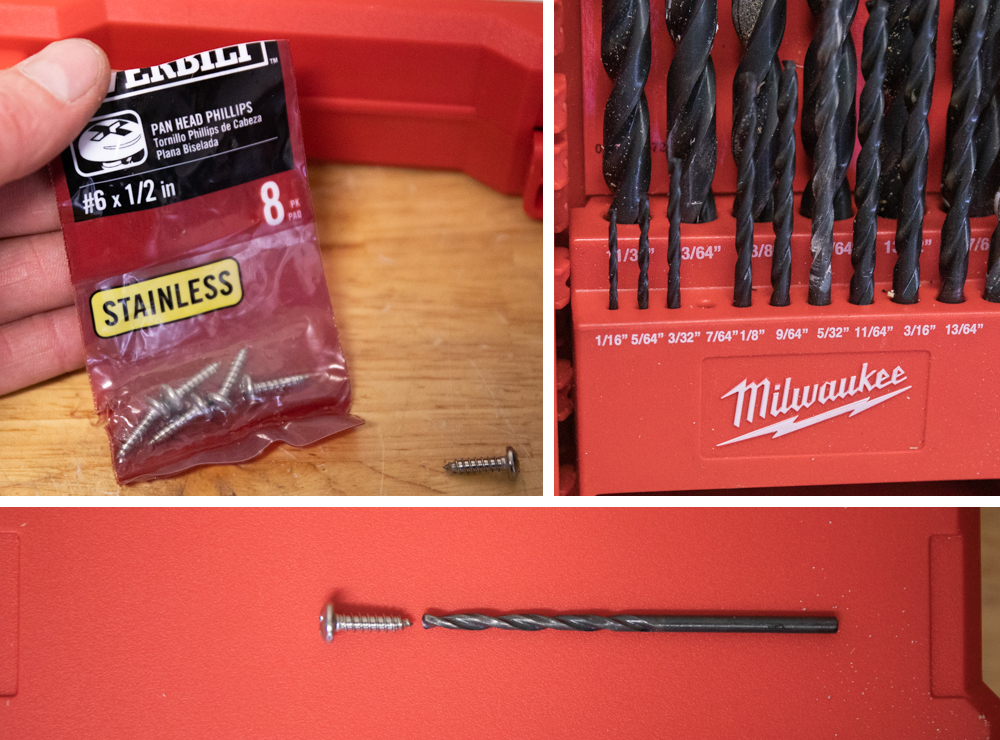 I had a spare bag of #6 screws in the garage that came in handy. They fit the size of the opening in the GTR so all I had to do was find a bit that was just shy of the tread width on the screw.

By punching a hole in the firewall just shy of the thread OD (outside diameter) width, you creating a hole that should be the exact ID (inside diameter) thus allowing the screw to fit securing into place.

If you want to self tap/thread a hole, go ahead. It just takes a little more effort.

That was probably too much detail. Moving on… 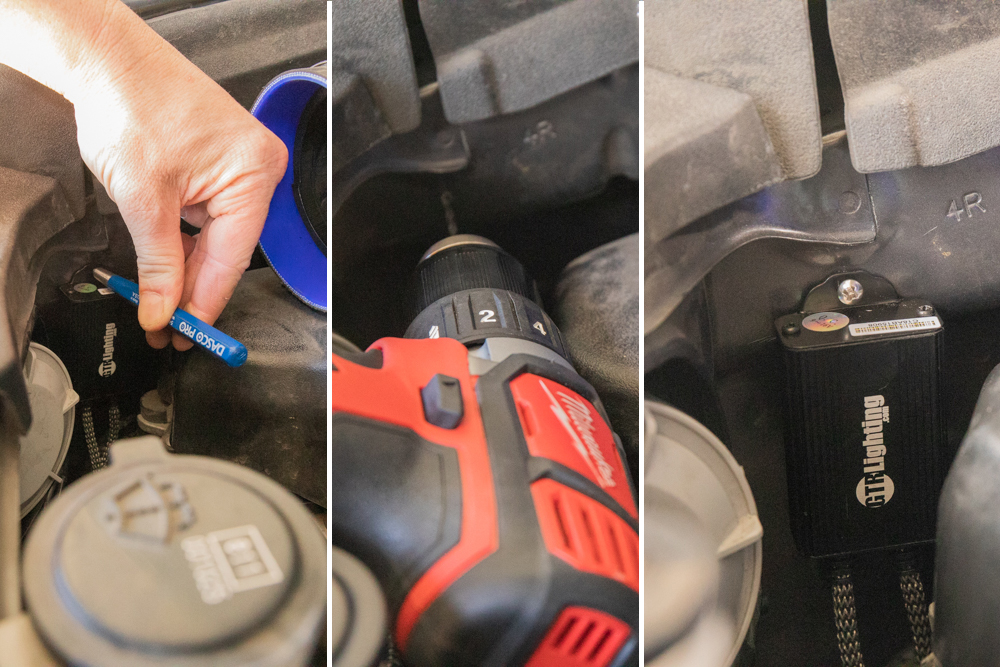 Tap a hole in the firewall, drill your hole and secure your GTR module into place. Just remember to hand tighten these small screws into place.

They have a tendency to strip so being patience with a handheld will help you maintain control without damaging the cheap screws from Home Depot. 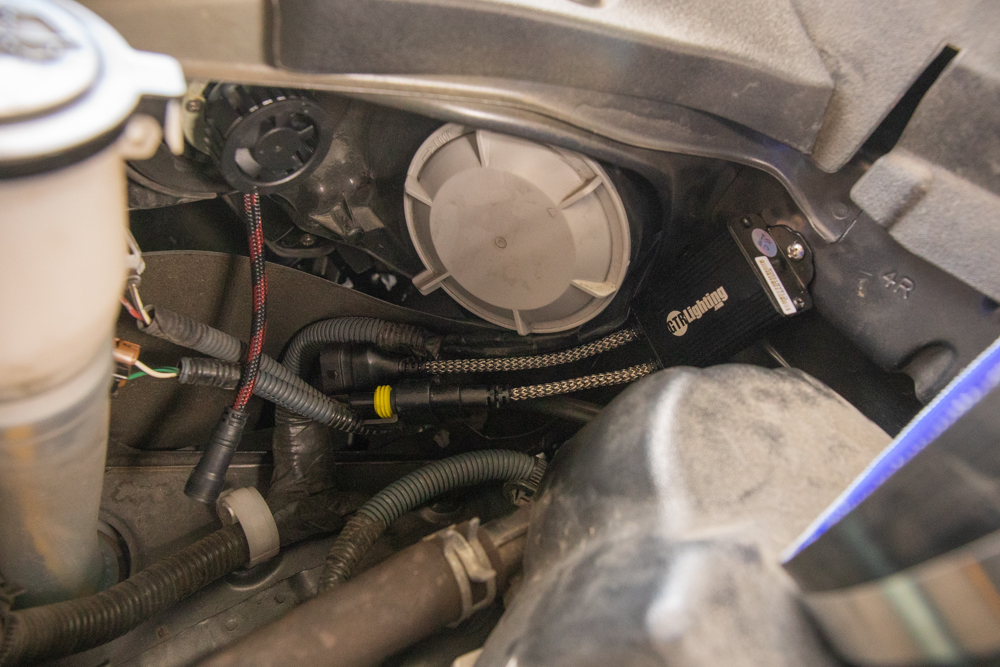 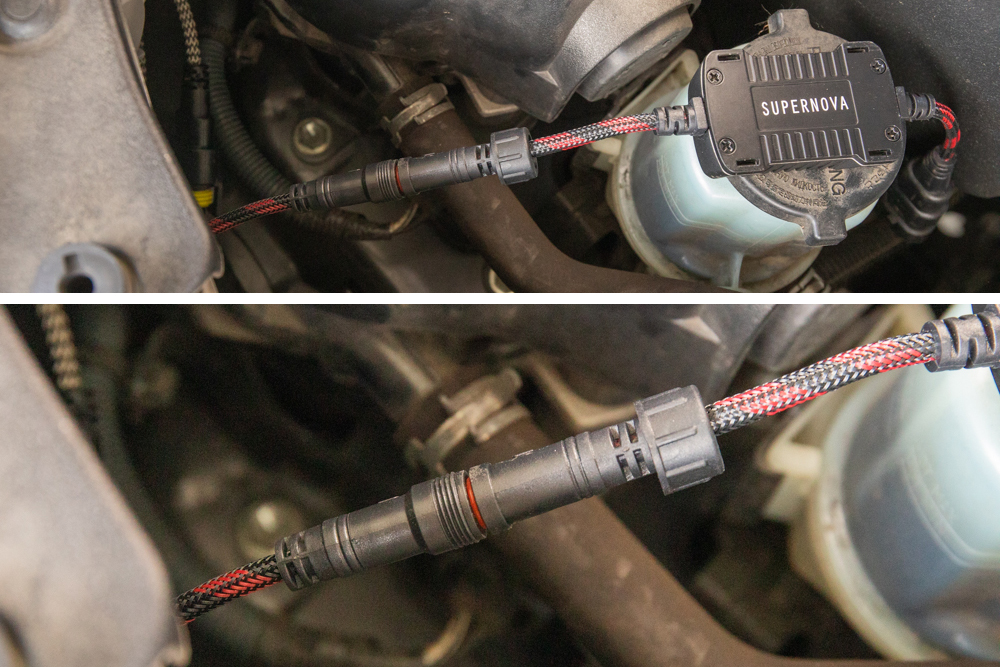 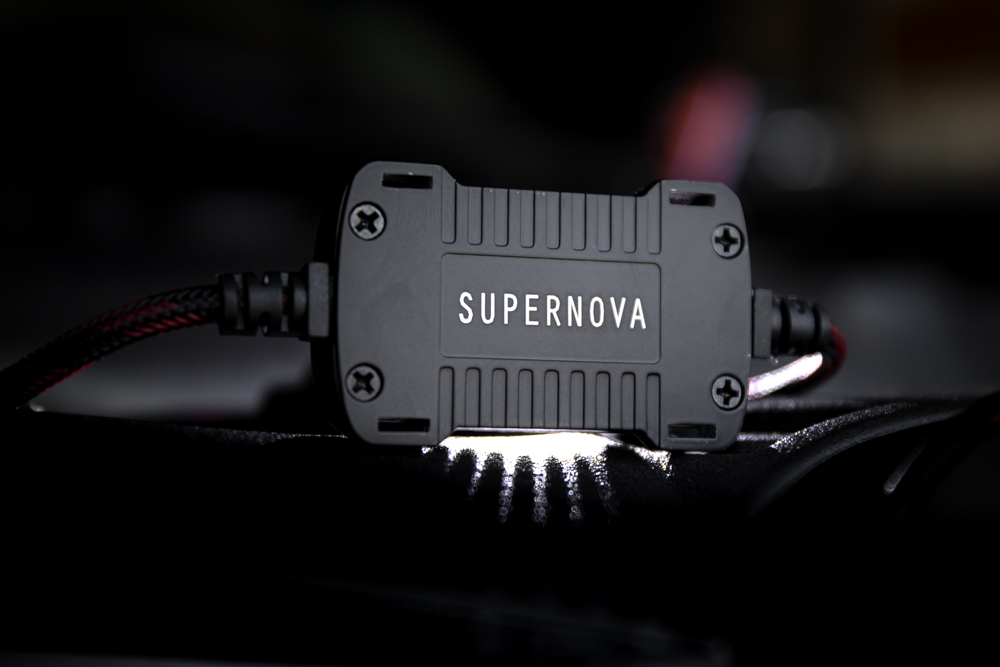 Yes, the bulbs work fine. I just decided to hide the bulb to get this shot. 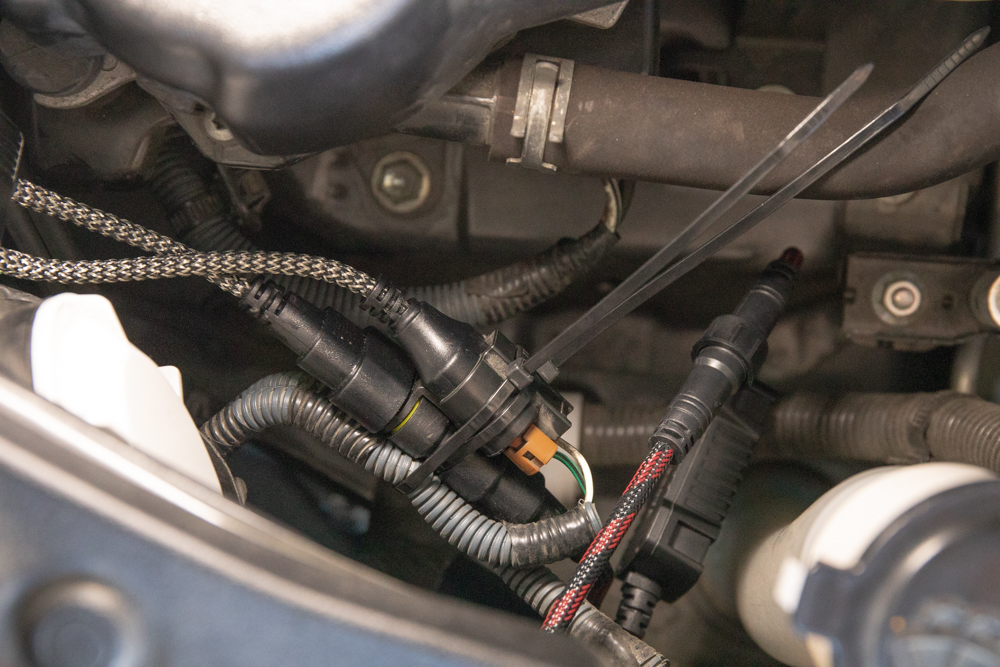 Nothing bothers me more than loose wires and wire loom running through the engine bay. Clean that up with some zip ties and position the S-V.4 driver so that it’s not touching any other wires or wiring loom. The resistors do get hot so keeping them separate from wires and other components are important.

Confirm Proper Fitment in the Housing 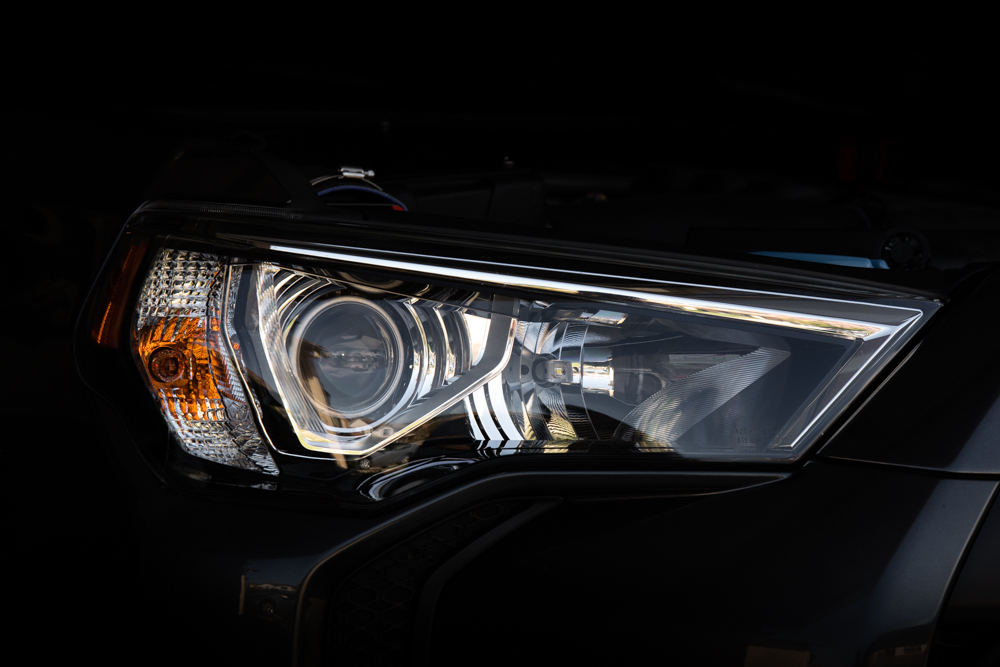 Make sure your bulb is sitting at 12 and 6oclock. 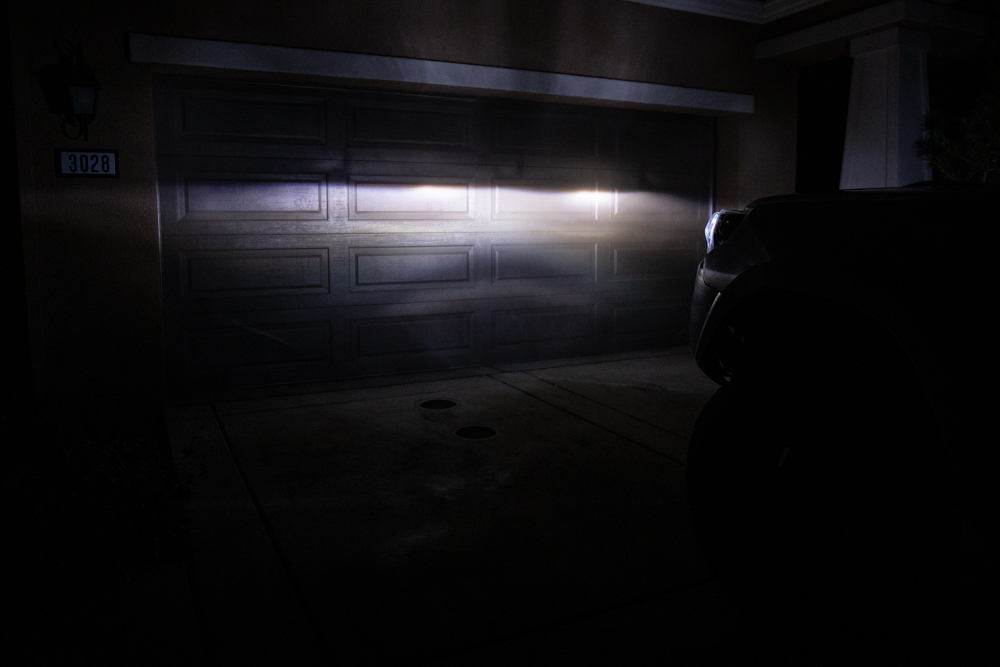 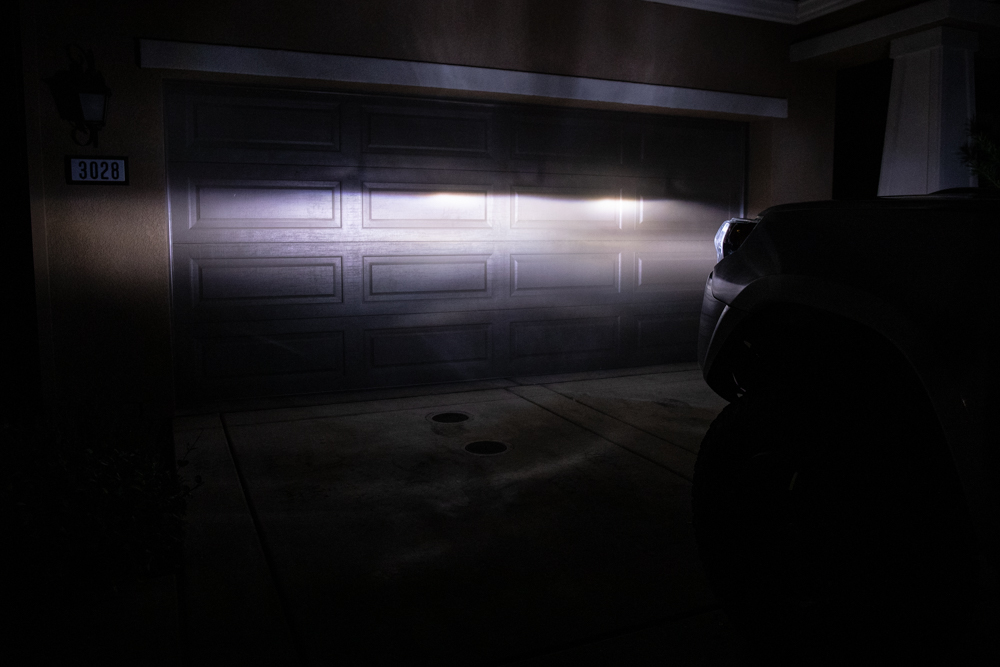 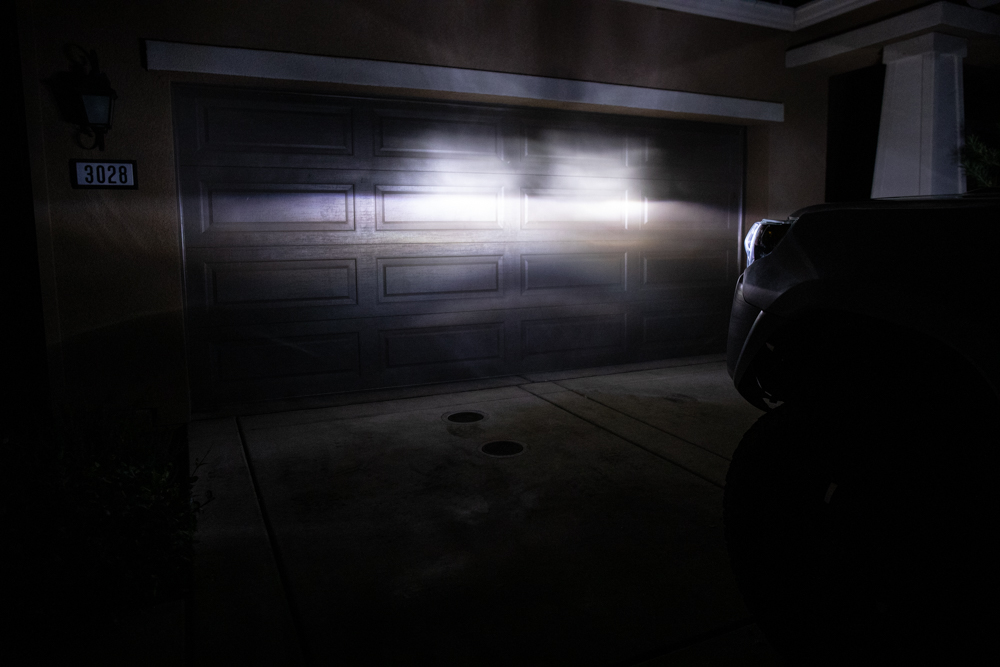 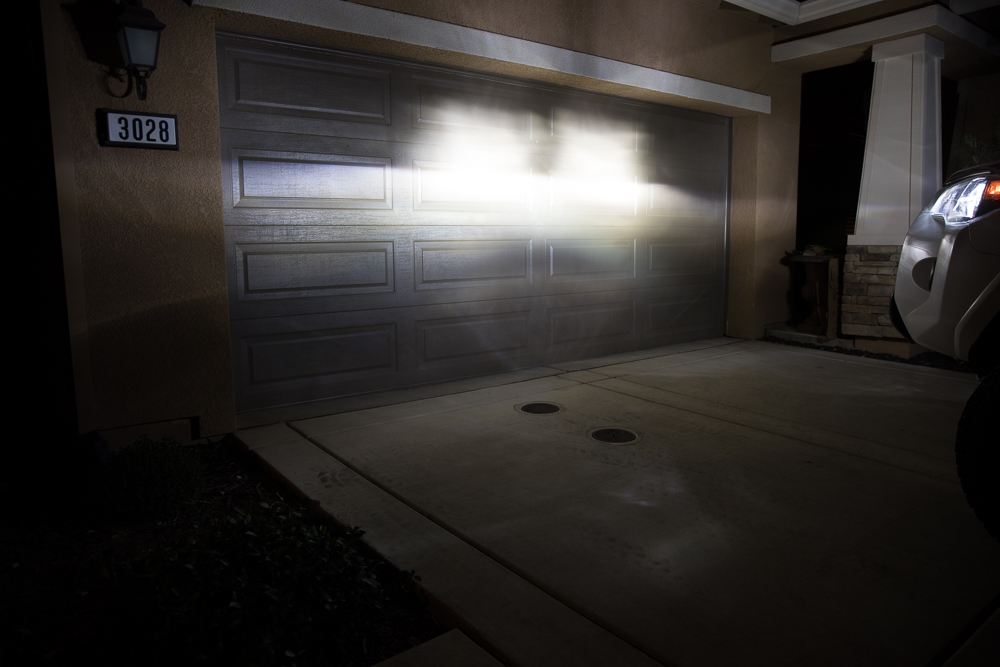 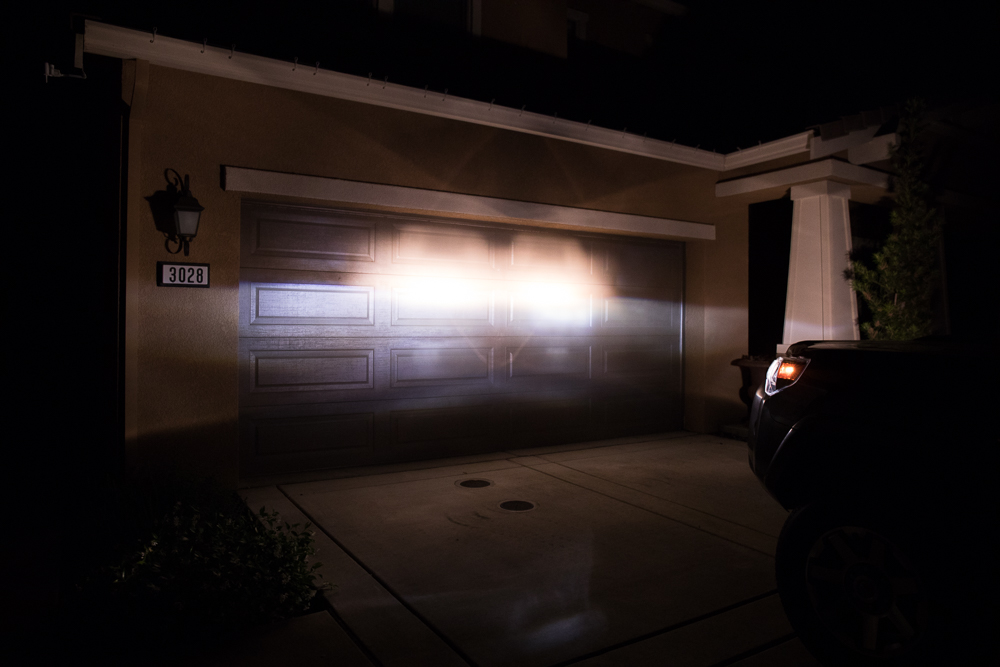 Are these lights for you?

The reason people would opt for the S-V.4 LED high beam bulb is because, when using it as a high beam option it is significantly better than any other bulb option on the market, bar none. The tradeoff is you lose the dim DRL function. So you get to choose – you could go with an LED high beam bulb that doesn’t quite perform as well in order to have something that retains the normal DRL function or you could get ultimate high beam performance when driving at night. Just depends on what’s most important to you.

The S-V.4 LED headlight bulbs are plug and play in most applications but because of the way Toyota makes the DRL work on the high beam bulb of the original 4Runner halogen light bulb, as soon as it goes into DRL mode when driving it makes the LED bulbs flicker. This is due to the use of a PWM system that lowers the voltage by sending short pulses of electricity to the original halogen bulb. Since the LED bulbs are instant-on they react to this fluctuating voltage and flicker. The GTR Lighting PWM modules smooth out this voltage flicker and allow the S-V.4 LED headlight bulb to work without flickering or strobing. The trade-off, is you lose your dim DRL function.

So is it the brightest? They are pretty bright!

Hard telling not knowing as the shots above were on different nights and with different low beams which makes a big difference in the ambient lighting that’s on the garage. The Xenon Depot 9005s are paired with Xenon Depot HIDs which are super bright and fully powered up.

The S-V.4 bulbs are paired with Morimoto 2Stroke 2.0 LEDs so they aren’t going to be as bright as the HIDs.

I would choose between the Xenon Depot 9005 or the S-V.4 9005 any day of the week. Both lights have great color, incredibly output and both backed by companies that hold true to their word.

you should do a write up on the new GTR Ultra 2. I ordered a set online from a Canadian company https://esskcustoms.com and they’re a huge improvement over my Supernovas.

The new addition to my 2020 4runner was truly exceptional.

In Canada it’s hard to find a great parts dealer so I ordered from https://www.prolightz.com/ near Ottawa Ontario. The staff there went over and above.

One of my first upgrades & I am very happy I did.

You don’t really need light bars if you have good eyesight. : )

you’ve must of never owned a light bar

I won a pair of the supernovas and really love them for high beams. The DRL is pretty much useless at full brightness son I don’t use them at all. I bought a set of the perfect fits for low beams and they rock! Great brightness but not too much to get flashed at all the time.

These lights are legit. I feel so much safer driving at night because I can see EVERYTHING!

So as far as I can tell, when upgrading to LED high beams in the 5th gen 4Runner, you can either have DRLs that are full brightness and don’t flicker (by using a PWM), or you can have DRLs that are dim but flicker (no PWM). There is no plug-and-play kit that allows the LEDs to operate in DRL mode with a light output that is both dim AND flicker-free?

I have purchased the Supernovas. I returned them because they are way too bright as DRLs. I returned them and went with the new Xenon DRL modules and lights which actually dim properly for DRL with no flickering.

I researched headlight replacements for quite a while and decided to go LED vs. HID which I know are even brighter. I liked the V.4’s but ended up going with Xenon Depot LED’s because of the PWM module. I’ve had them installed for a couple of months now but haven’t used them much because of it being summer. Now with the sun setting earlier, I am using both lows and highs. Great lighting. Also I was able to get the dust covers back on the low beams and have the fins spread out inside. No issues so far.

Mike, yeah they run at full brightness in DRL mode. The Xenon Depot Xtreme Pro LED drivers are very nice with 9005s. A really solid go-to option for sure.

Good for DRL or is it too bright?

DRL runs at full brightness so it’s basically a high beam. If you use your DRLs a lot then maybe go with something else. The XD Xtreme LED pros are great high beams as well. They have a driver that prevents the DRL from hyper-flashing and still puts out great high beam power. The Supernova V.4s are just a little brighter.