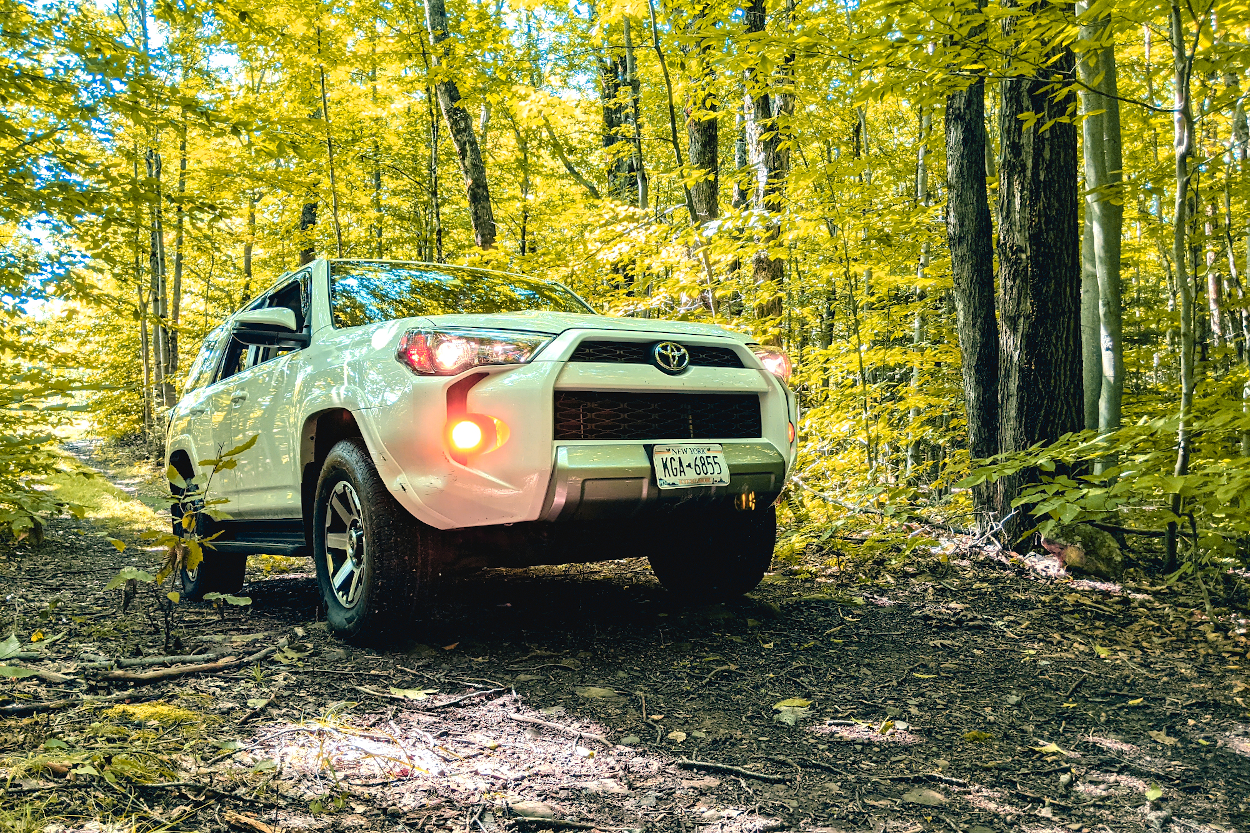 Sometimes a mod isn’t a way to improve stock capabilities, it’s a way to bring your vehicle up to what should be stock. In this case, that’s unlocking your 4Runner’s ability to do something it’s already built and programmed to do. Certain 5th Gen 4Runners are pre-wired for auto-dimming lighting. Specifically dimming the dash and infotainment touch screen when in a dark environment, or turning the brightness up when you’re in a sunny one. In the case of TRD Pro or Limited models, that’s a feature that’s active as soon as you take delivery of your vehicle.

But for the rest of us, we have to switch between Off or Daytime Running Lights for bright environments and On for dark ones. Not a big deal, but easy enough to fix if you’re willing to roll the dice with international sellers on Amazon or eBay.

Note that when I ordered my sensor, it shipped from China using China Post. If you don’t have any experience with China Post that means it took a long time, approximately six weeks, from purchase to delivery.

You can of course buy the part directly from Toyota. But doing so will cost you $200 compared to the $10-$15 you can spend if you’re willing to take the gamble on sketchy Chinese sellers on Amazon or eBay. But more on that in a minute.

It doesn’t get much easier than this.

Check to Make Sure You’re Compatible

A fair bit of research has lead me to believe that the only models pre-wired for this sensor are the SR5 Premium, the TRD Off-Road Premium, TRD Pro, and Limited. In other words, it is models with the upgraded infotainment system, and the Pro and Limited models already have the sensor installed from the factory so they won’t benefit from this mod. So if you have either variety of Premium models, read on.

But if you don’t, it’s easy enough to check by popping off the dash plug and taking a look. Simply slip your trim tool under the blank plug at the center of your dash, and pop it out. If there’s a wire connected to the plug, you’re in the game. If not, better luck next time. 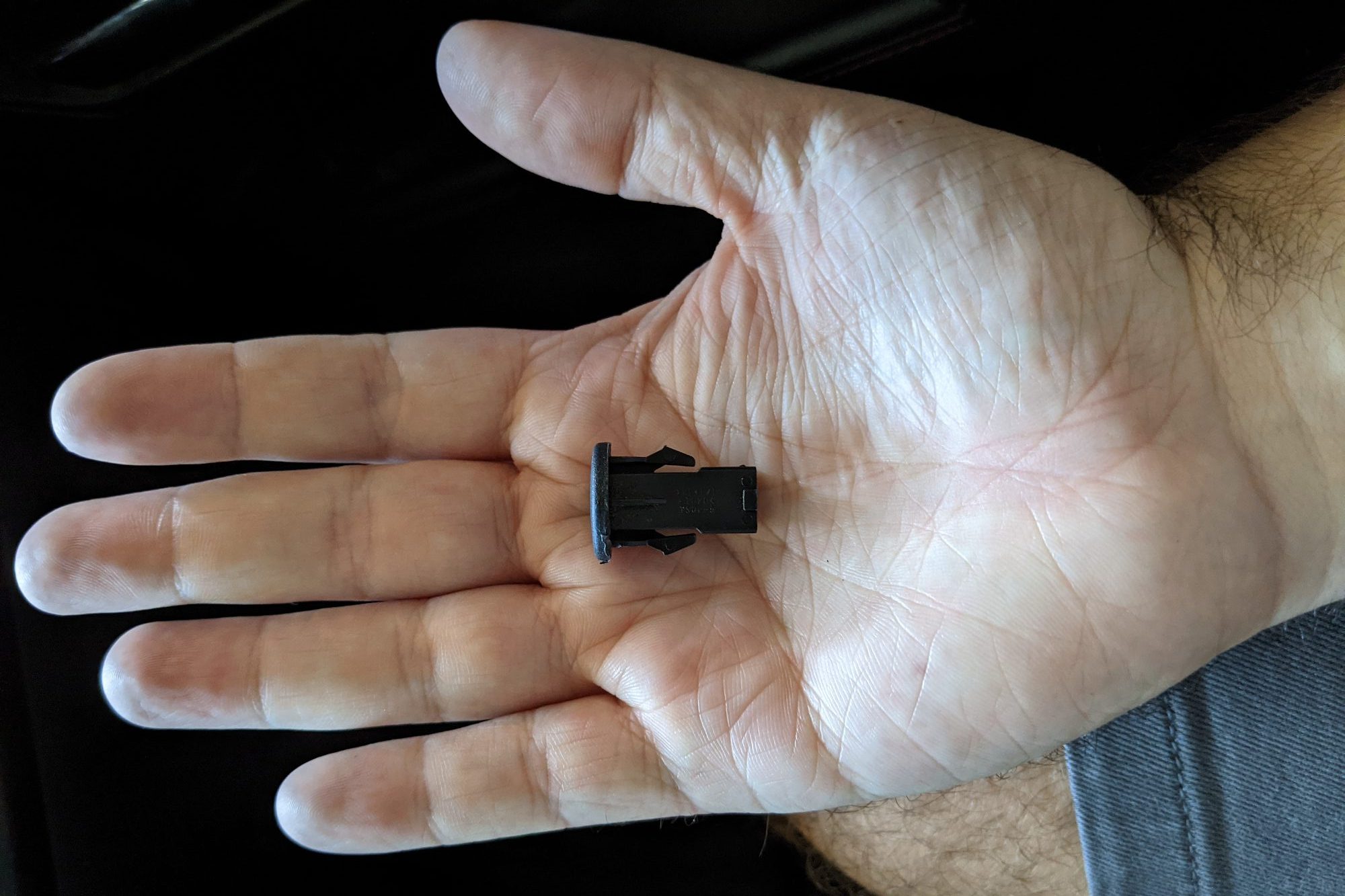 Just like step zero, all you’ve got to do is slip your trim tool in between the blank plug and your dash and use the power of leverage to pop it up. If your 4Runner is pre-wired, the connector will be attached to the plug.

Step 2. Swap on the Sensor & Install 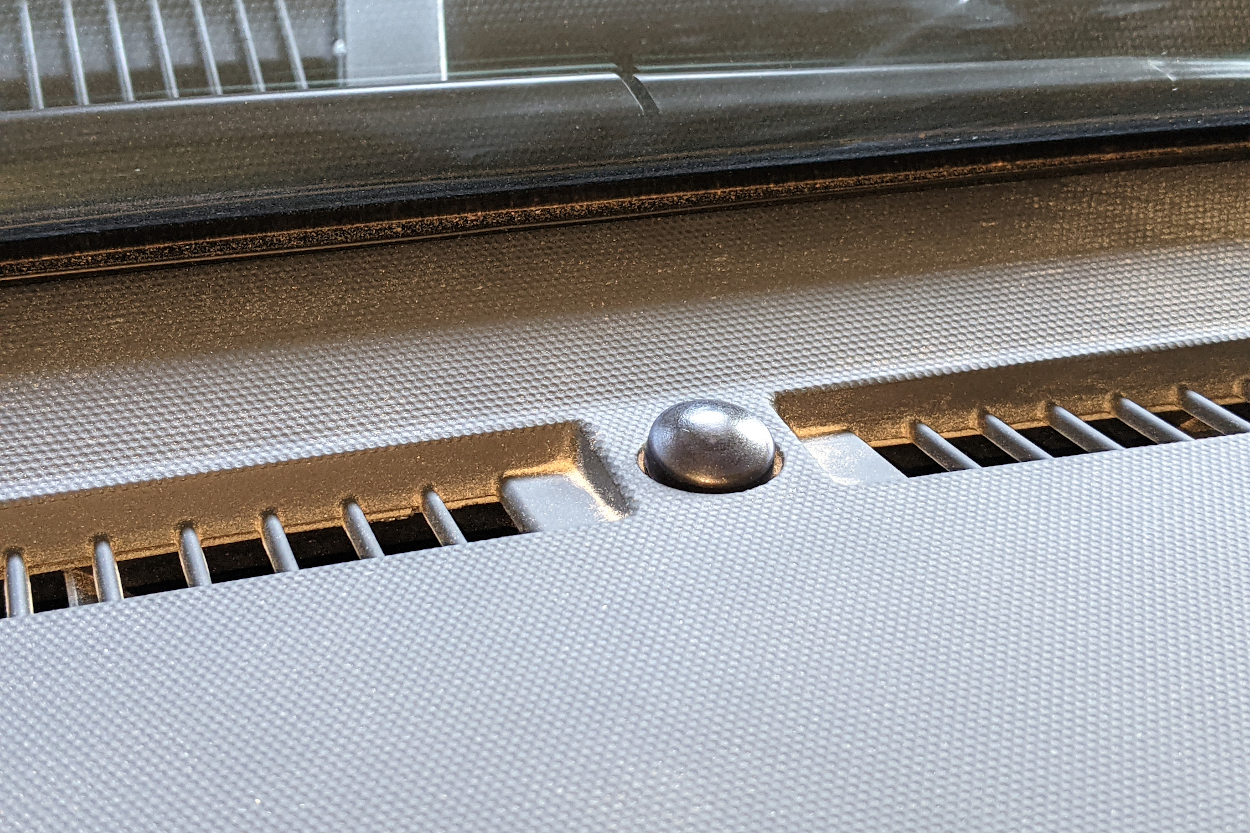 Carefully, so you don’t drop the wire back behind the dash, disconnect the wiring and attach it to your sensor.

Feed the wires into the hole, and pop the Sensor back into the hole. Note: This part of the process appears to be irreversible, so do not “test fit” the sensor before attaching it to the wiring harness.

That should be it. So start your 4Runner turn on your headlights, and test the sensor by either adding light (with the flashlight on your phone) or blocking it (covering the sensor with your hand). When the sensor detects light, it should brighten both your infotainment screen and your dashboard illumination to the same levels you have when in Daytime Running Lights or Off. When the sensor doesn’t detect light, it will dim both to the settings you previously had for On.

The functionality of the sensor is exactly what it’s supposed to be. It’s especially useful if you like your interior extra-dark at night, but still want to have more visible instruments when your headlights are on during heavy rain or snow. Not exactly a game-changing mod, but it’s nice to not have to switch between headlight settings while driving in variable weather. It’s a feature that came stock on my wife’s fifteen-year-old Corolla, but Toyota makes you DIY for a much newer 4Runner. Weird.

So I’m left wondering why I had to do it in the first place. Not that I actually needed to, obviously. But why is Toyota not doing it at the factory? My 4Runner had everything it needed to run this sensor. Toyota even wired a dummy plug so it’s not like they saved the cost of installation. Their $200 parts price is obviously inflated, even if the back-door price on Amazon and eBay is artificially cheap. But in the cost of a $40,000 truck, it seems bizarre that Toyota isn’t willing to throw in the sensor.

Help!! The wire accidentally went through the same hole and I have no clue how to get it back. Any suggestions?

I literally just recovered the wire from behind the radio today. I removed the head unit and shoved my hand through the dash above the vent on the passenger side. It took a while but I finally got it. It was the longest 20 minutes ever because I was trying not to break any plastic nor tear any wires. But it is doable. Good luck.

Help, could never find an answer. I have a 2020 4RUNNER TRD ORP and have the wires for the dimmer, did it work by just plugging it in? Also do I order the one for the Pro or Limited? Thanks

Sounds like 2020 and later has a different sensor arrangement, so I’m not sure.

Just installed on my 2018 ORP, works fine on the dash lights. I was hoping it would work on the clock too, but no. I drive with the lights on during the day and have a hard time seeing the clock with sunglasses on. It would be nice if it brightened the clock during the daytime also.

Now if there was also a way to get the auto on headlights – that would be really nice!

I added it to my 2018 TRD Off Road a year or so ago. Makes no sense why the sensor wasn’t included in the first place.

My 2014 SR5 Premium Canadian version does not have the wiring unfortunately.

This worked on my SR5 Base, fyi. Thanks for the article!

really? My 18′ SR5 Premium it has the wires at the plug but not into the dash. So it doesnt work on mine. I read on the forums you have to connect those wires behind the radio on the SR5’s for this to work.

Oh man, I just checked for the wires at the plug, as the article stated, so I thought I was good.

ya, I don’t think so. One guy I saw on the forum had to get a ~$50 wire harness and then take out the radio to get it to plug in for the whole thing to work.

Thanks for the heads up!

I just recently picked this exact item up and about to install it this weekend. I seen this and heard that about 2 years ago it was only a $3 to $5 part. Crazy to think that for Toyota it would have probably been less than $1 and they didn’t just install it to begin with lol.

I absolutely hate that Toyota cheaped out on this piece for the 4Runner. And it’s worse because in the 2022, it’s a different pin for it so I have yet to find it for less than $80. I’m jealous you Pre-2020 guys can find it for under $10