I have always struggled with finding the perfect set of tires.

I tried the infamous BFG K02s as well as the Treadwright Guard Dog M/Ts. And while each set served its purpose, I was left feeling unsatisfied. I liked the aggressive look of the mud terrain, but like many, I was not a fan of the constant tire noise on the highway. After I managed to take a chunk of sidewall out of my Treadwrights, I decided it was time to find a new set of tires.

I had heard many good things about the Falken Wildpeaks, more specifically how they performed in the snow and figured I would give them a shot. Coming from a mud terrain, I was a little afraid I would notice a loss in performance when it came to offroading, but I could not have been more wrong. I got the tires in late November in 2018 — the perfect time for snow wheeling season and they did not disappoint. Even with open differentials, I was unstoppable in the snow.

Powder, slush, ice—these tires really did it all, and I was super impressed with them.

When summer rolled around and the snow began to melt, I was very eager to get out and try these tires in dry conditions. On the first dry wheeling trip of the year, I was once again blown away by the Falken Wildpeaks.

Not only did they do extremely well on and off the road, but they were affordable. In fact, I ended up paying about 1-$200 less for the 315/75/16s than I paid for the 265/75/16 K02s I had originally. In some instances, you get what you pay for, so it makes sense to want to shell out a little more cash towards a set of tires if that means that they’ll last you a while. I have around 20k miles on the same set of Falken’s I’ve had since 2018 and they still have a ton of tread left. Plenty of those 20k miles are off-road miles and you couldn’t even tell by looking at them that they’ve seen dirt. 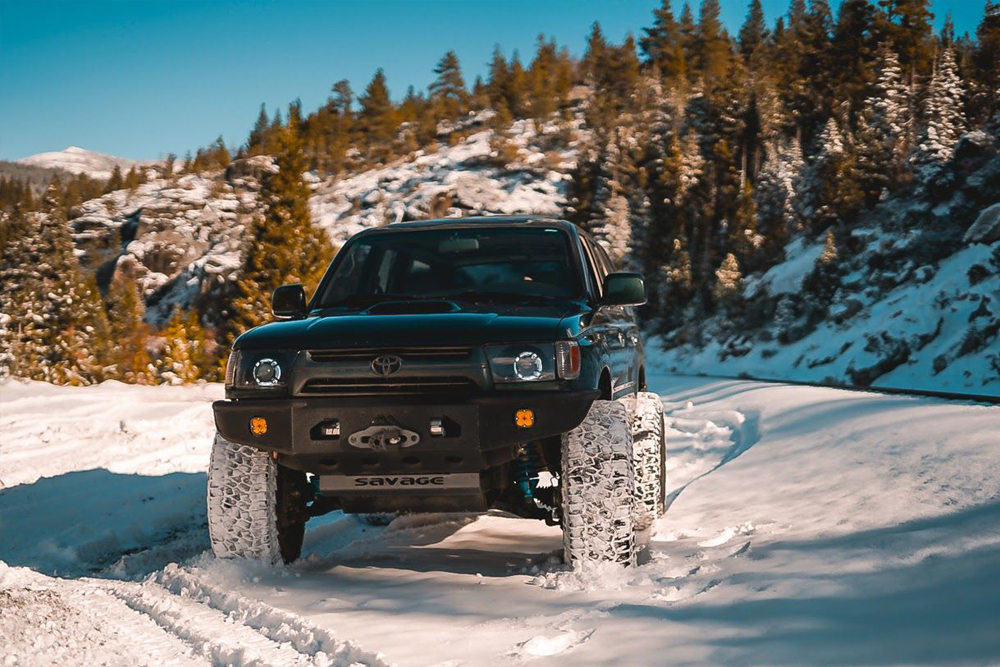 What do I look for in a tire?

A couple of things I look for in a tire before I buy include, but are not limited to:

I realize that what you look for in a tire is going to vary from person to person, but I believe that the Falken A/T3Ws would be ideal for pretty much everyone. They’re affordable, they have great road manners and they kick ass off-road. 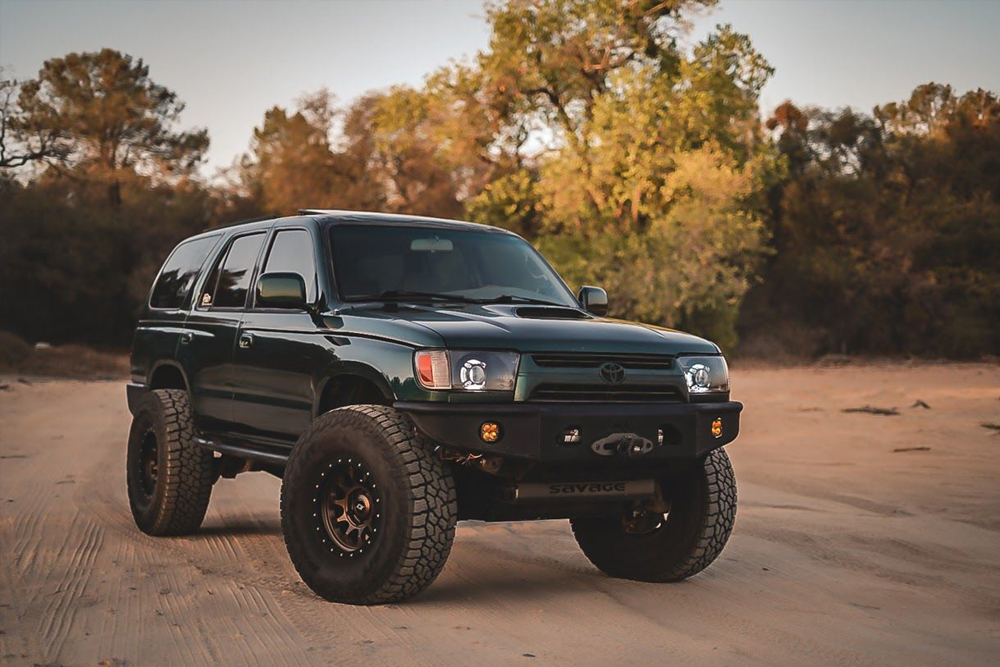 Big tires mean more ground clearance, which is great if you’re serious about getting into the off-road world.

However, big tires also mean terrible gas mileage and a quarter-mile time that not even a snail would be proud of. The Falkens are fairly lightweight, in fact, I barely noticed a difference coming from my Treadwrights, which were fairly heavy for how small they were. Daily driving the 315/75/16 A/T3Ws is great, I get about 15-mpg city and 19 mpg highway with stock gears (4.10s on the 3rd Gen  so expect something similar on your 3.73 from the factory on your 5th gen). Although the mileage isn’t anything worth writing home about, the off-road performance is.

My first time ever wheeling these tires in dry conditions, my friend and I ran a pretty hard trail on the 4th of July, and I was amazed at how well I kept up with his 4Runner which is locked front and rear. In fact, he struggled more than I did on some obstacles. Not only is it nice having the extra grip on rocks, but it was refreshing knowing I wasn’t going to be dragging my axle over anything due to the extra ground clearance. 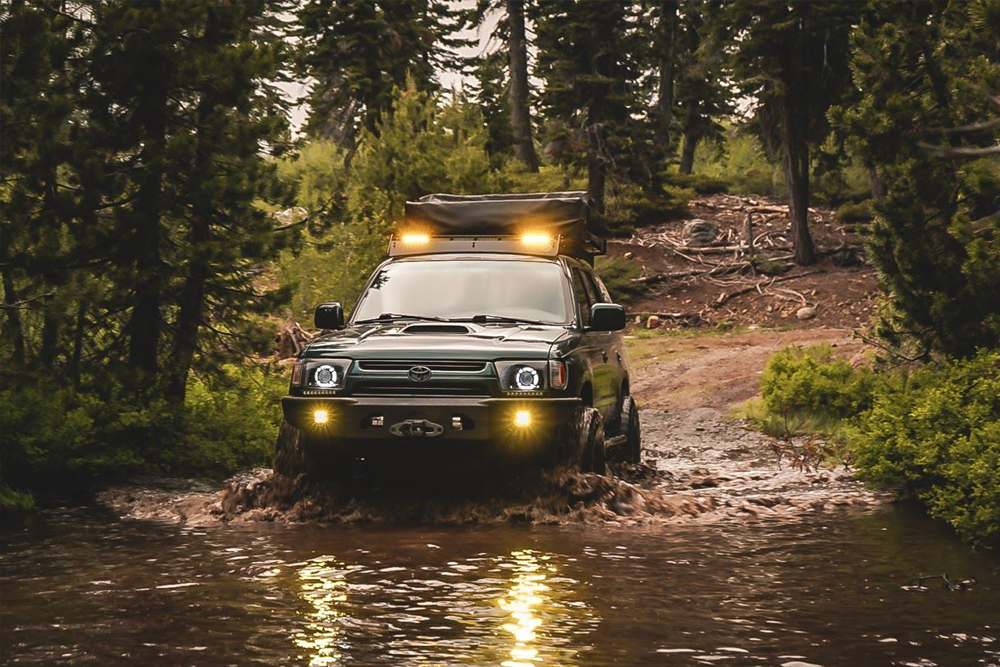 These tires are absolutely amazing in the snow. As an avid snowboarder, it’s important to me that I have a decent set of winter tires, and these Wildpeaks have proven their self-time and time again. Not only do they get me up i80 in winter storm conditions without breaking a sweat, but they will plow through trails that would otherwise be infeasible.

I try and stay out of the mud as much as humanly possible, but if you wheel as much as I do, mud is inevitable. However, for an all-terrain, the A/T3Ws hold their own in the mud, and so far I have zero complaints when it comes to wetter trail conditions.

I do most of my off-roading in the summertime where I can put my 4Runner through some serious trails like the Rubicon or Deer Valley, so I was a little skeptical when I first bought the all-terrains because I thought I was not going to have the traction that my mud terrains once had. Turns out, I had nothing to worry about because the A/T3Ws have a crazy amount of traction in dry conditions, much better than my old K02s. 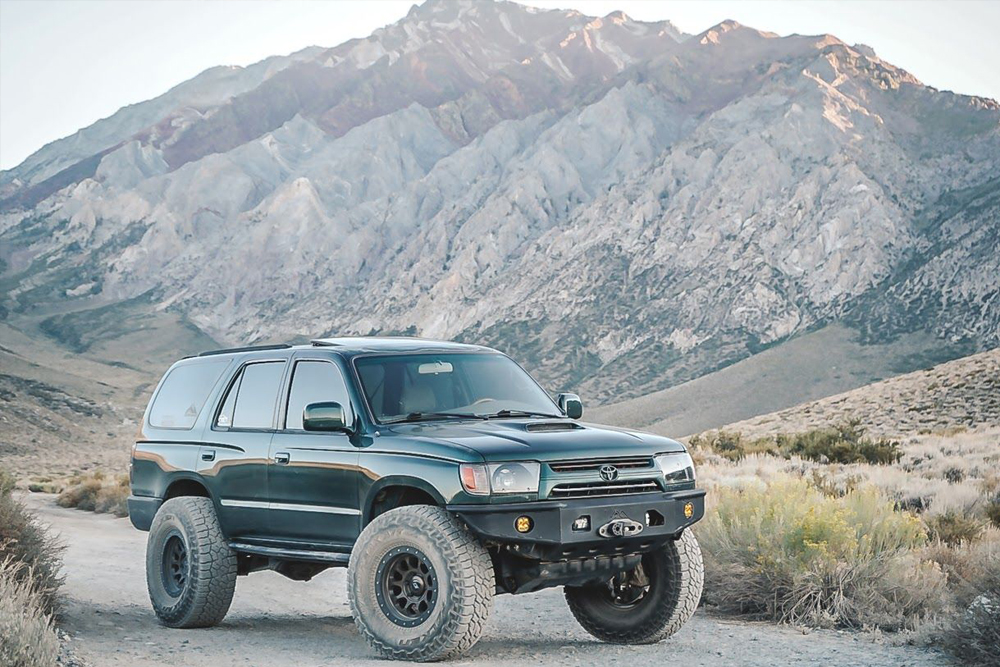 I paid $200 more for my K02s which were quite a few sizes smaller (265/75/16) than my current Falkens (315/75/16). Not only were they more expensive but they didn’t last long at all. I got maybe 20k out of my K02s and that was before I really got into off-roading. So the A/T3Ws are more cost-effective, they last longer, and they do amazing off-road, what else are you waiting for? 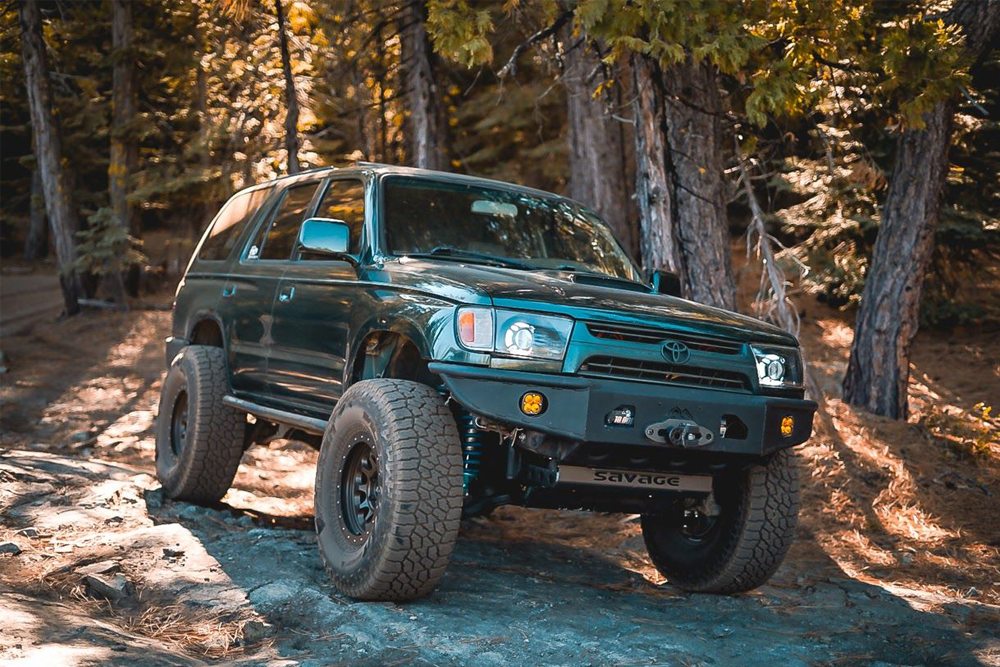 At the end of the day, I really can not find any bad things to say about this tire.

I have tested them in about every off-road condition. I’ve aired them down, I’ve jumped them, and no matter what I do, I can not manage to blow a sidewall or damage the tire in any way. Since this 4Runner is my daily driver, I do plan on keeping the all-terrains; I had at one point considered jumping to Falken’s mud-terrain, but I am more than content with the ATs; they definitely take everything I throw at them.

Avid Toyota enthusiast who loves to get lost in nature.

I’m looking to buy tires soon and these are my favorite from what I’ve looked at. I am not looking to go big, but I did just put an ARB OME lift (3 inch) on a 2019 5th gen ORP with KDSS. I have read on some of the 4runner forums that people have had trouble getting these balanced on 5th gen 4runners. Anyone have any experience – good or bad – with getting a good balance and no road shake at 60mph?

Hey great write up. Maybe they are a new new size but I wanted to add to your list of sizes – I run 315s in the summer 6 months (a more aggressive model) but I have some 255/80r17s for the winter. These “pizza cutter” at3ws should be even better in the skinny and still they are like 33.1″ I believe tall so it’s nice in that regard still.

I am thinking of getting a set of these tires, and am looking at them for snow performance for sure. Any real drawback to running Pizza Cutters year round? I mainly drive on road, and do drive in snow and slush a fair amount, but not so much in the mud or sand. In Summer the most off-road action I see is fire roads and the occasional dirt track through a field.

I have them on my 5th gen 4runner and I just bought a set on my 2020 ram 1500. They are amazing performance and the noise is minimum.

I currently run the A/T3W’s on my 3rd gen while my fiancé runs Ko2s on his 3rd gen & Ive gotta say spending equal amount of time behind the wheel of both runners, I just love the way I feel on wildpeaks. The previous owner had the tires for about 10-15k miles and since I’ve taken over I’ve driven another 15k-ish and the tread is just “lightly” worn. I’ve been in the mud & now it’s snow time. I couldn’t be more excited!