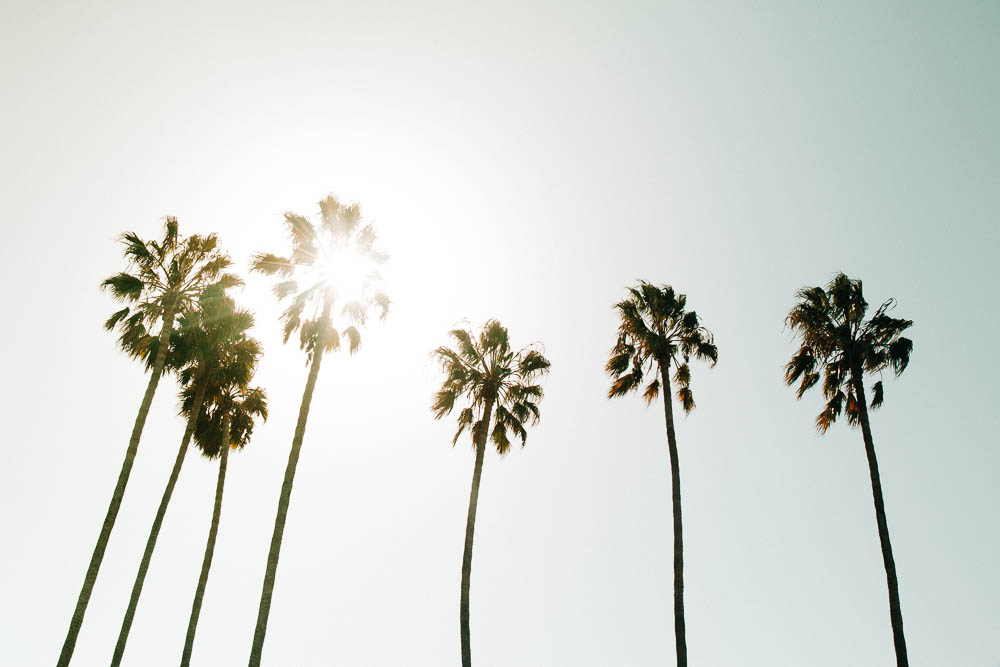 A Stroll Along San Buenaventura State Beach in Ventura, CA after Visiting with Magnuson Superchargers

At the end of the day, the price of the SC is quite high but man, driving that supercharged 4Runner was a world of a difference. If you are ever in the area and are looking for something to do, definitely check out the Ventura Pier, San Buenaventura State Beach and the Ventura Harbors.

The San Buenaventura State Beach is an awesome little beach and the town as a whole reminded me of Huntington Beach mixed with Santa Cruz with a touch of San Diego. You will definitely find cool coastal vibes in Ventura, CA. 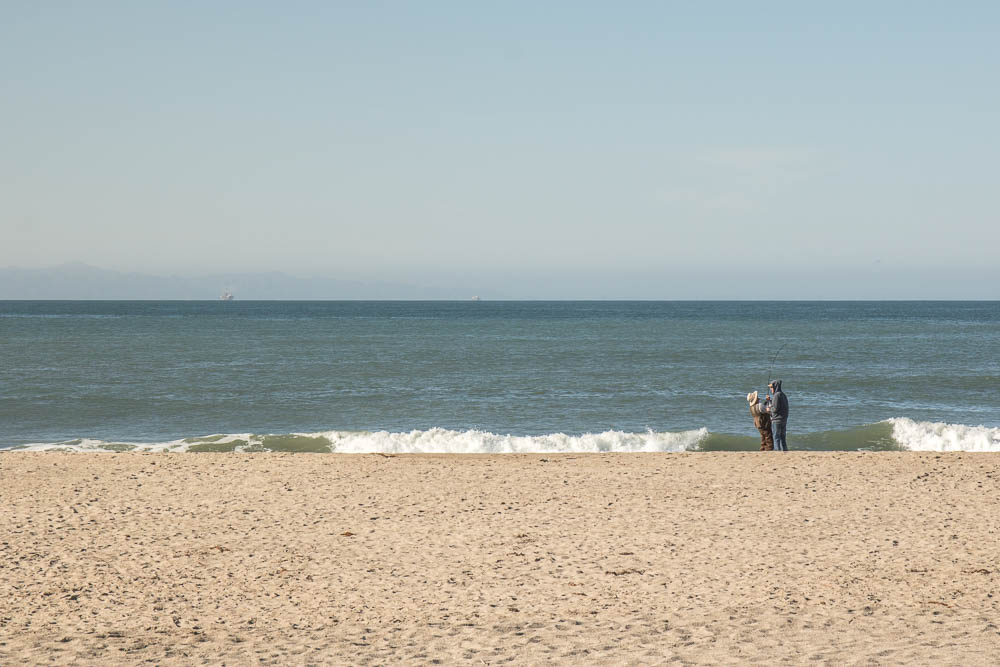 The beach scene is pretty cool in Ventura. You will find everything you normally would in any other coastal California town or city. As you walk down the beaches in Ventura you can catch surfers doing their thing, people basking in the sun and fisherman reeling in their next catch. 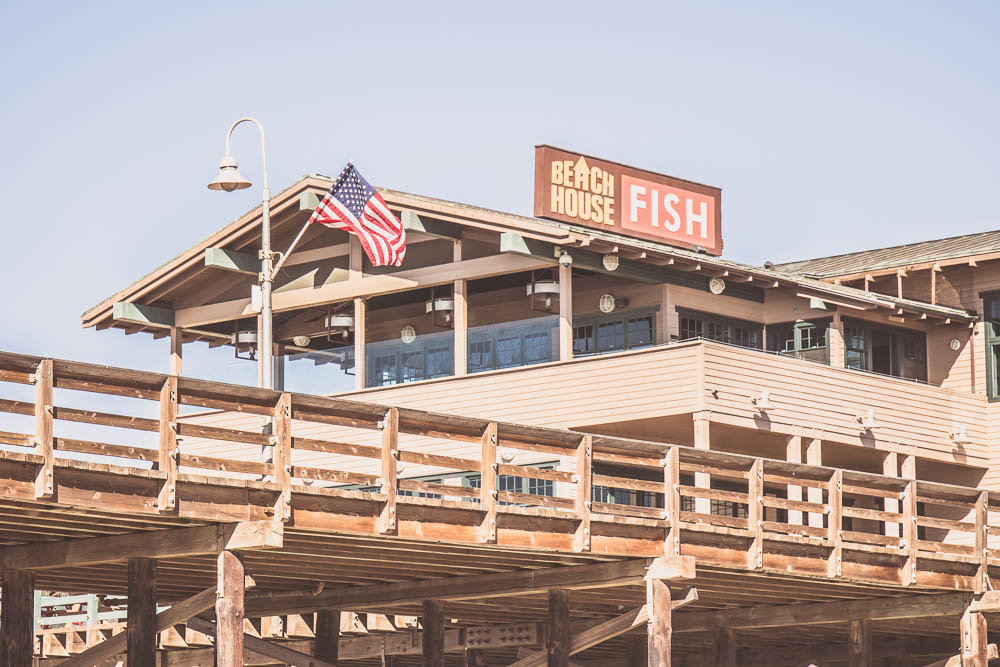 Holy taco heaven, this place was fire. I bought some Baja Ahi Tacos and some Baja Grilled Shrimp Tacos. Both of them were then covered in lime, Tapatio, and creamy fish taco sauce. Seriously some of the best tacos I have ever had. This is a super high traffic touristy spot, so plan on waiting in line for a few minutes. 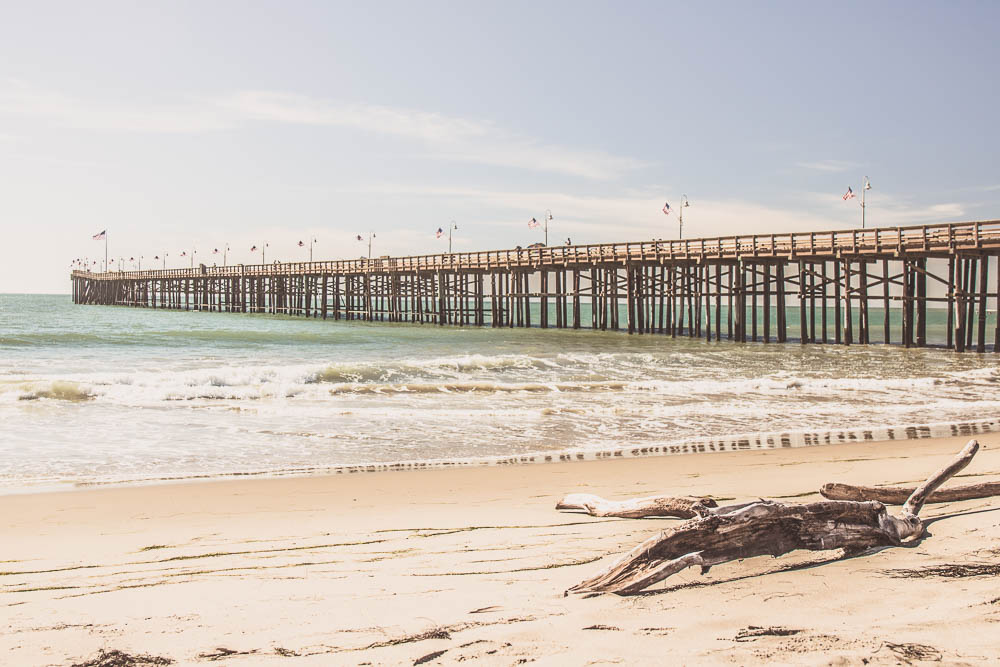 Just like any other coastal California Pier, the Ventura Pier is filled with tourists, fisherman, and the local crew just chillen’. If you are a photographer or like taking pictures, this a very cool pier to shoot. Depending on high tide and low tide will depend on how far you can walk out and under the pier but regardless, you will get some cool shots. 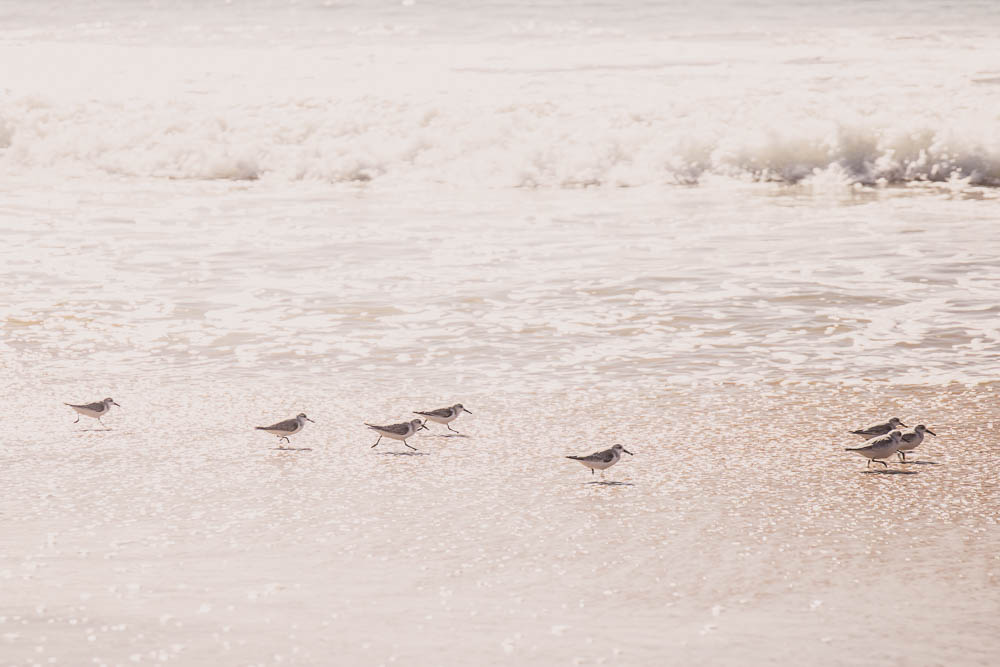 These little birds were hilarious. As the waves were coming in, the birds would run away along the wave line. As the waves pushed back into the ocean, they would scramble right back out and then hunt for food at the edge of the waves. They were incredibly entertaining. 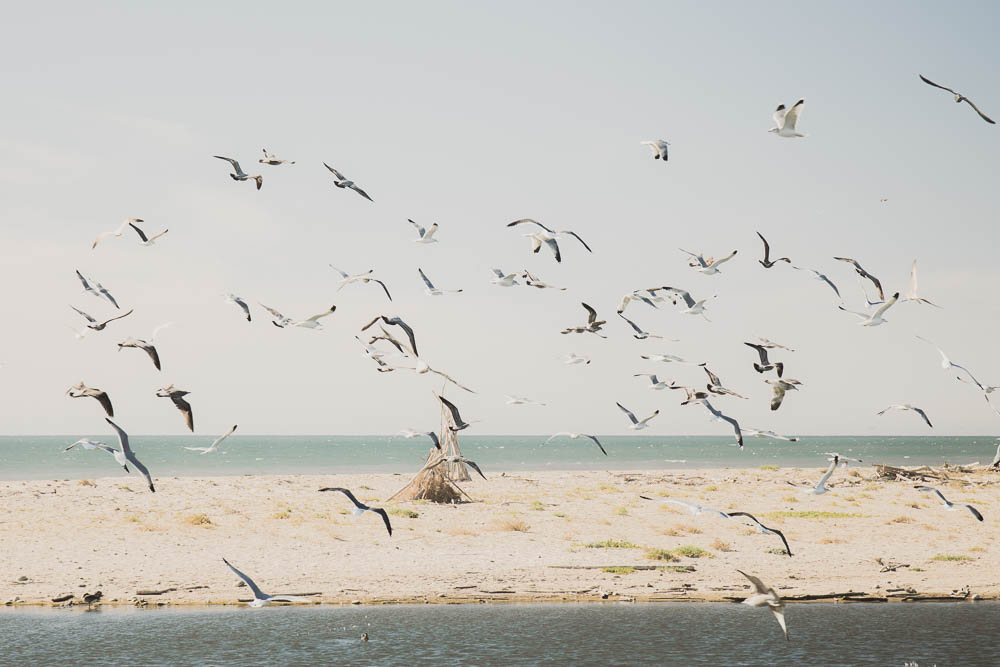 At the end of the Ventura San Buenaventura State Beach, you will run into the Ventura River. At this rivers-end, you will find hundreds of seabirds doing what seabirds do best. I had other shots where there must have been 100-200 birds in one frame but the shot above was a little cooler. In any case, if you make it to San Buenaventura State Beach in Ventura, walk to the end and check it out. 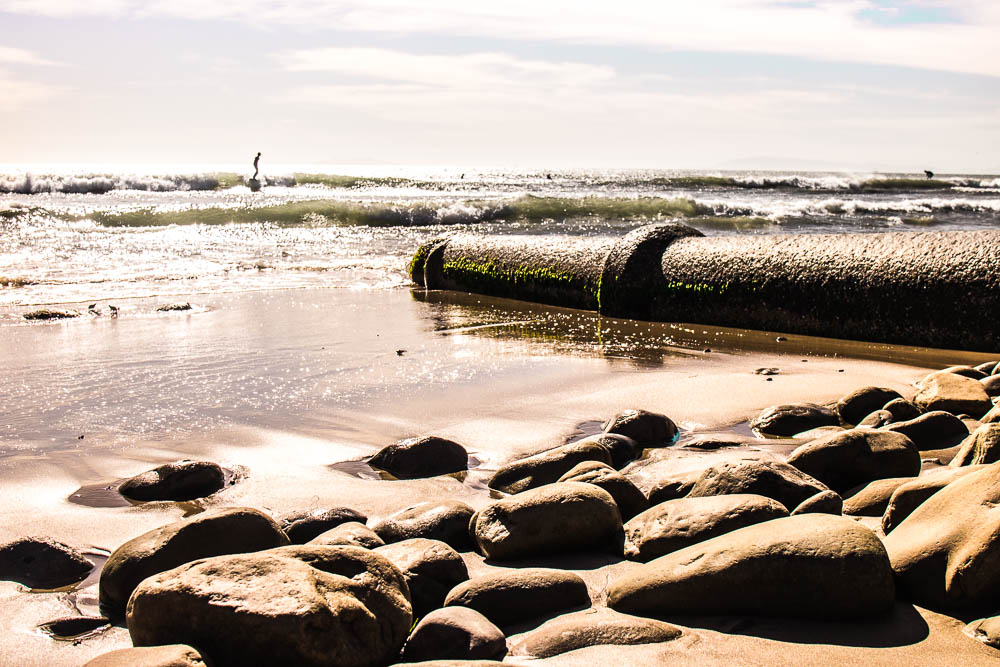 On the San Buenaventura State Beach you will find some awesome places to post-up and take some shots. I don’t know what this massive pipe was. If someone knows, please leave a comment. But, it was pretty cool. 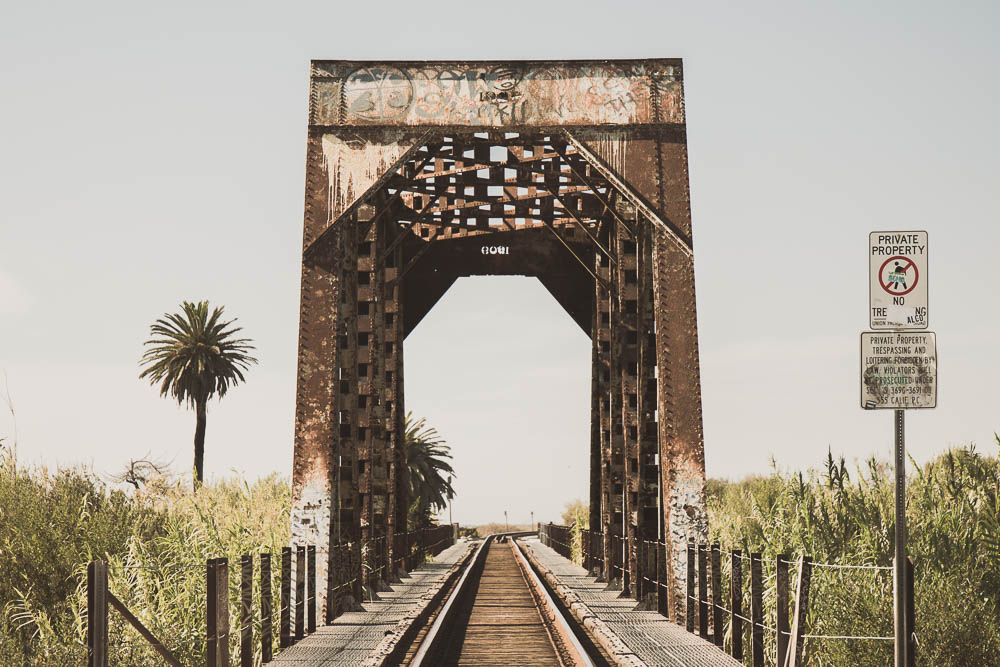 At the end of the San Buenaventura State Beach walking path, you will finally make it to the tracks. This is where I stopped, turned around and headed back. I am glad that I walked all the way down because this shot is really cool. 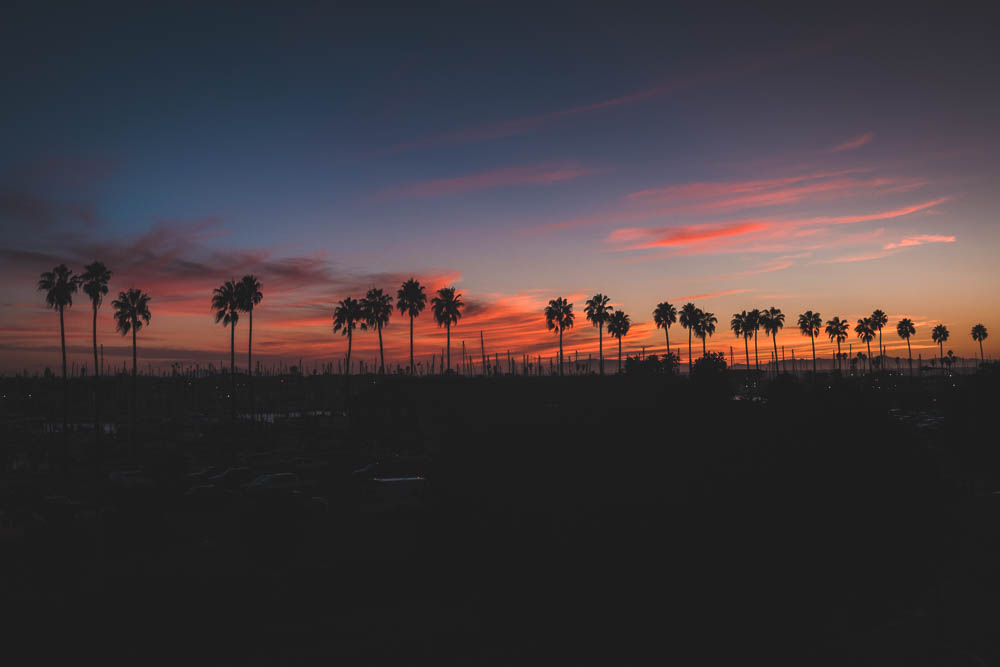 Back at my hotel, the Four Points by Sheraton Ventura Harbor Resort, I managed to snap a sunset before heading out the next day. This day was an absolutely amazing day. The weather was about 72 degrees and everyone seemed to have a smile on their face.

I grew up in Ventura if you go back to that area you have to go up to the cross it is approximately 2000 feet above the city of Ventura you get a glorious view of the beach and the city you can see for miles almost all the way to Malibu beach. Also, 17 miles southeast of Ventura is the city of Ojai there are a ton of trail to go wheeling the gulch has unreal hills to climb if you dare some are almost straight up way too much fun you can really see what your 4runner can do not for the faint of heart that’s for sure. there is also sulfur mt road a 20 mile trail that will take you from Ojai almost all the way back to Ventura there are too many trails to list but you can spend days going to all of them there is also a natural swimming hole with super high cliffs to dive from in Matilija canyon way to much fun I used to go there every day when I was growing up it is also clothing optional. I am going to go back there to see friends I grew up with at the end of this summer and spend a week going wheeling.so if you head down south you got to check it out.larry b

Larry, damn, that all sounds like a ton of fun! Thanks for the tips. I wish I had more time in Ventura, it was an awesome little town from what I briefly experienced.

I agree with you man the supercharger would be awesome to have. A company in Chicago put one on their 4Runner and i would love to have it. I also like to do the same as a photographer I will go and shoot cityscapes in the city or shoot the sunset to get things off my mind and escape from reality. Great write up!
Ig @runn4r

Joe,
Absolutely. I am not the best photographer in the world but being out there gives you a sense of purpose sometimes. I love shooting and being in my 4Runner, so it’s a win-win. And yeah, I would love another 100hp. lol.
Cheers!