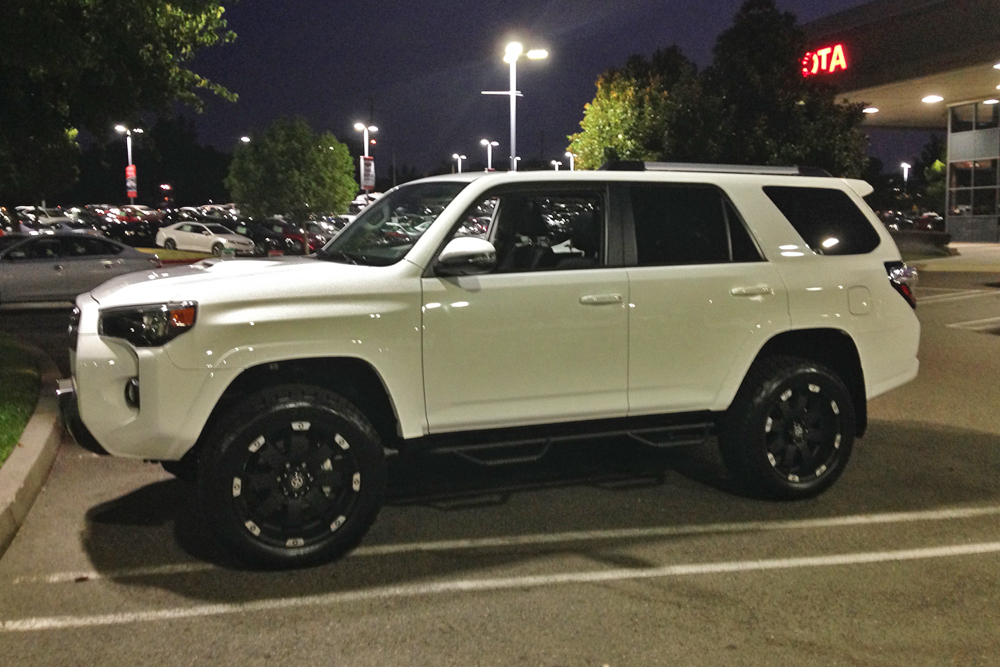 It all started in 2002 when I got my first Toyota 4Runner. My first 4Runner was a 1999 Toyota 4Runner SR5 4Wd Jade Green and I put some serious miles and abuse on that guy.

Fast forward about 10 years and the 5th Gen Toyota (2014 model) 4Runner was looking pretty god damn epic. At this point, it was 2013 and all I wanted for Christmas was a 2014 Toyota Trail 4Runner.

I had been looking for the Super White Trail Premium 4Runner for about all of 2014 and no one had one in stock. I called every dealership in Northern California and told them to keep me on speed dial when they got one in stock.

About 9 months into 2014 I got a phone call from Folsom Lake Toyota out here in Sacramento, CA and they said they had a brand new White Trail Premium 4Runner with a 2″ leveling kit on Black Wheels. I called up one of my friends and asked him to give me a ride to the dealership, I knew I was going to come home with a new 4Runner.

About 6 hours later, the deal was done and the paperwork was signed. I was officially an owner of one of the most epic vehicles.

The stock build was more or less what I was looking to do myself aside from the 20″ wheels, so I was somewhat happy with what they had done to it already. I was also a little impatient after waiting nearly a year, so I think that may have played a role in me buying one that already had someone’s hands underneath.

I would have gone a different route with the wheels. Also, it was the only 4Runner in California that was not pre-sold, so I didn’t really have a choice and I was tired of waiting. 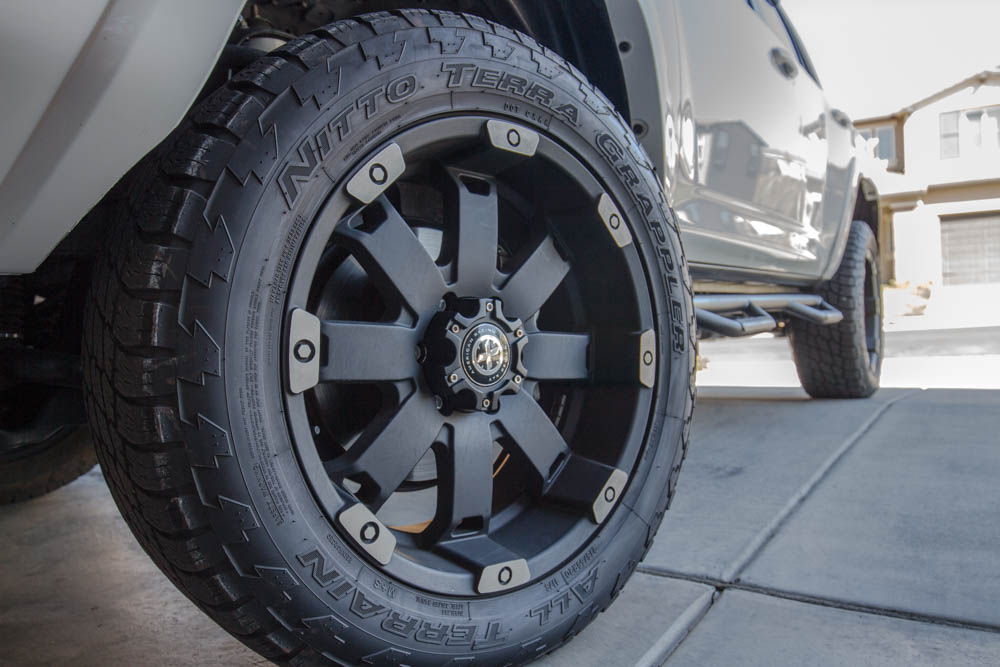 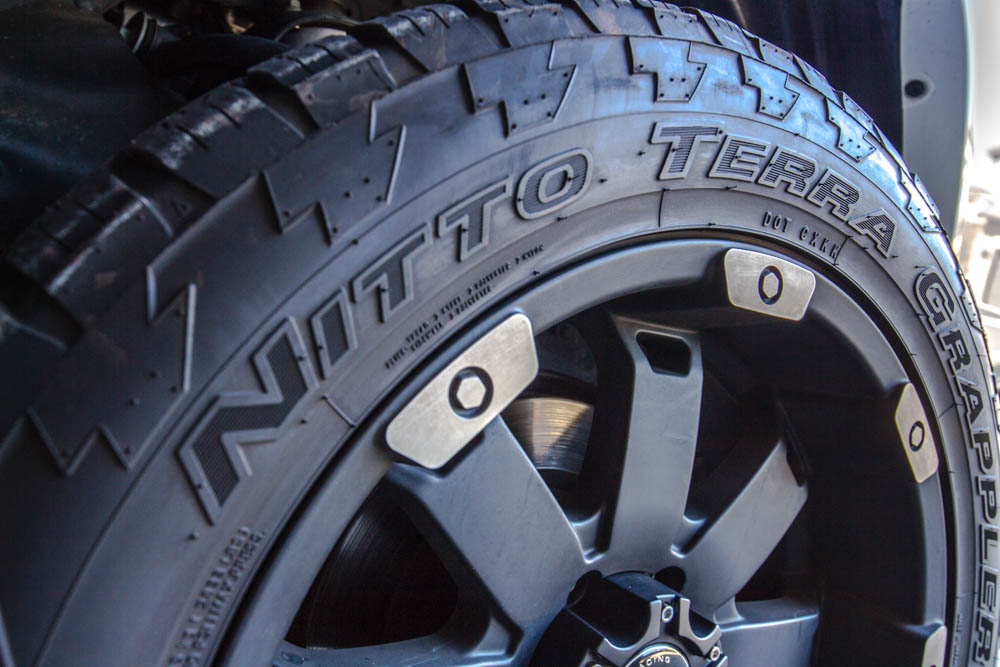 The model I got was the Textured Black but they come in a couple other colors and textures, like high-gloss. Quick and easy mounting process if you want to take them off. I did take them off but the clearance is the same with them on because of the transmission case. Check out our N-Fab Hoop Bars 4Runner Review for more information on the performance over a three year period. 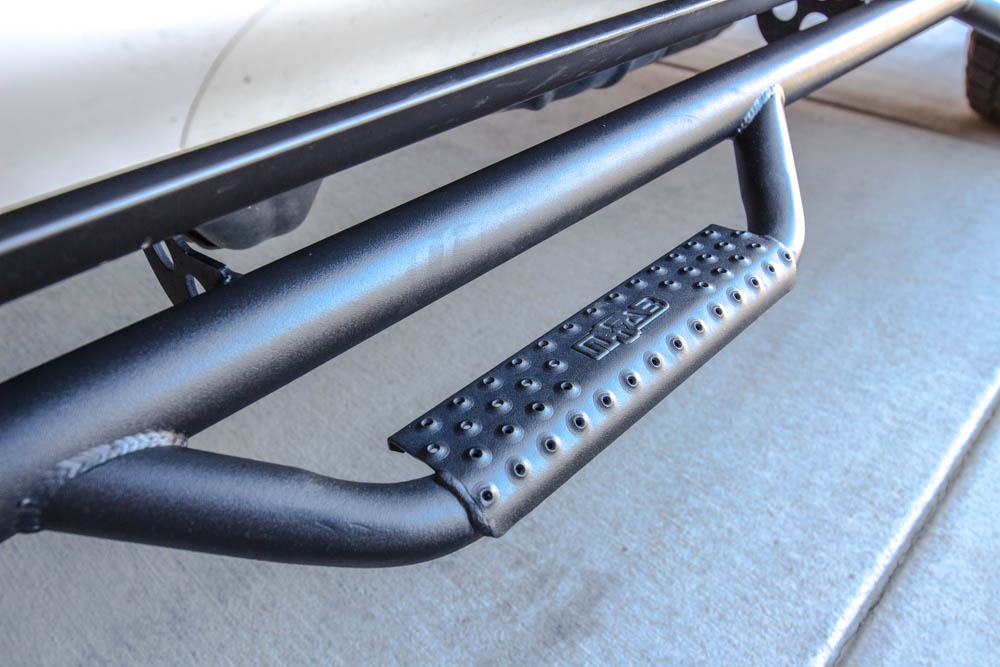 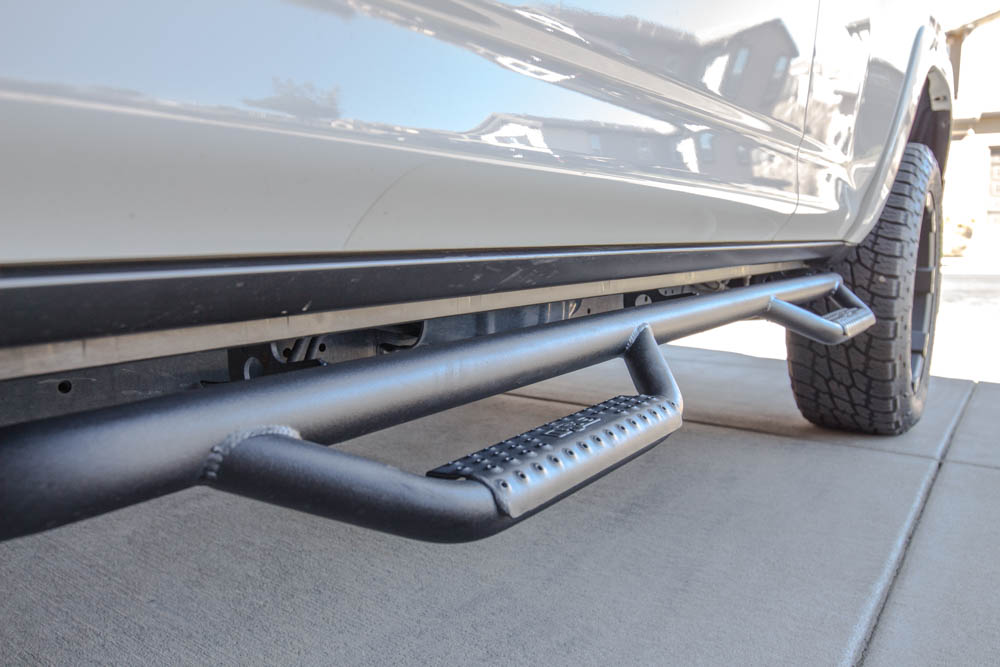 Designed for use with stock shocks, the TAC25 2.5″ kit gives the runner a lifted appearance but it needs so much more.

In my case, I will be getting either the Toy Tec ultimate lift or the Icon (deciding between the stage 2 and stage 3). 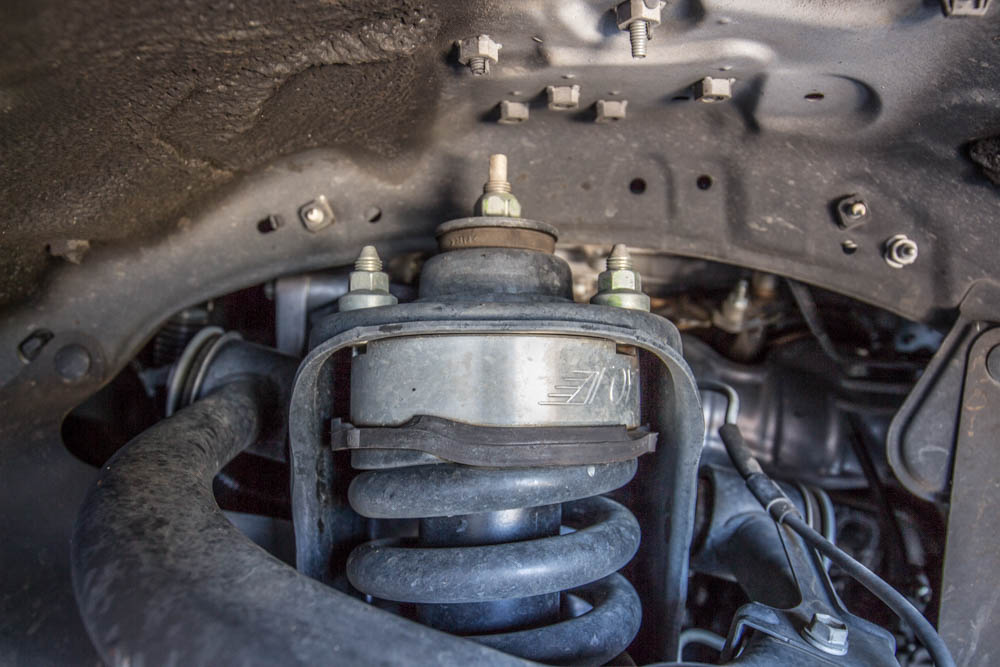 Original Photos after it came home 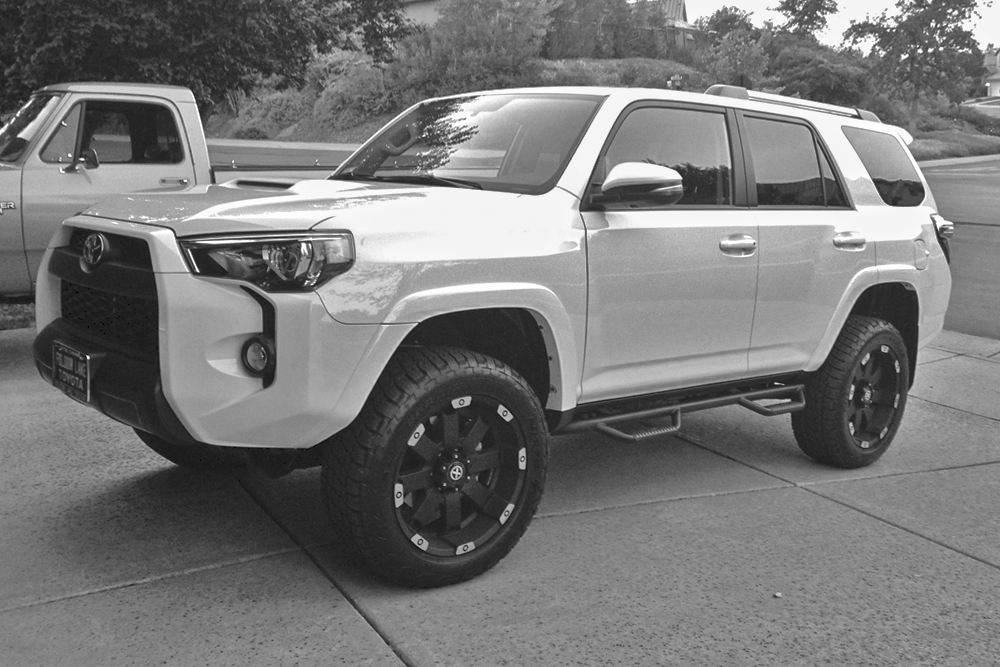 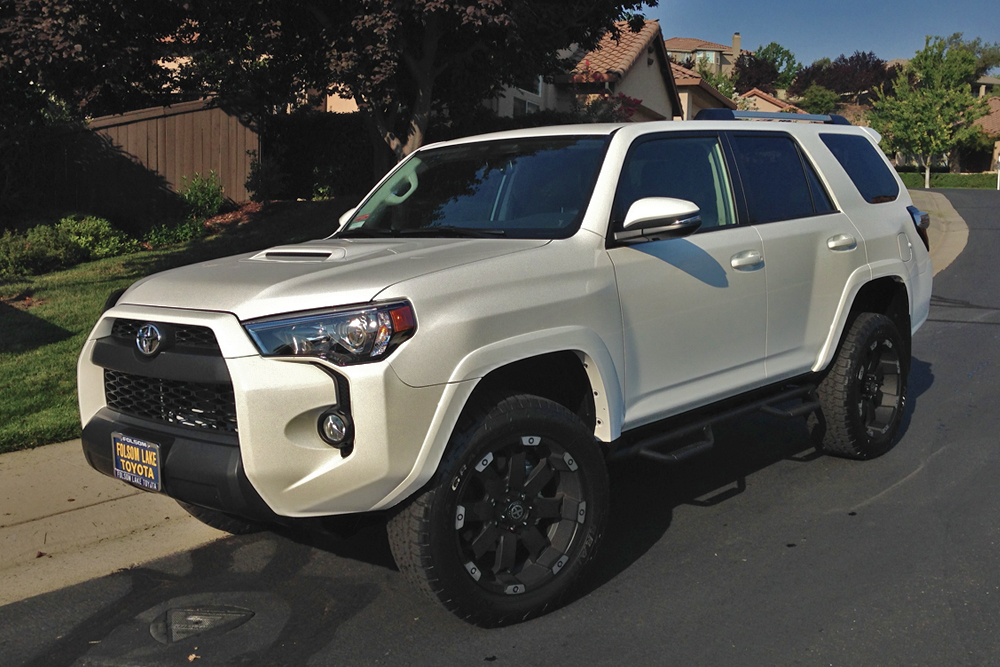 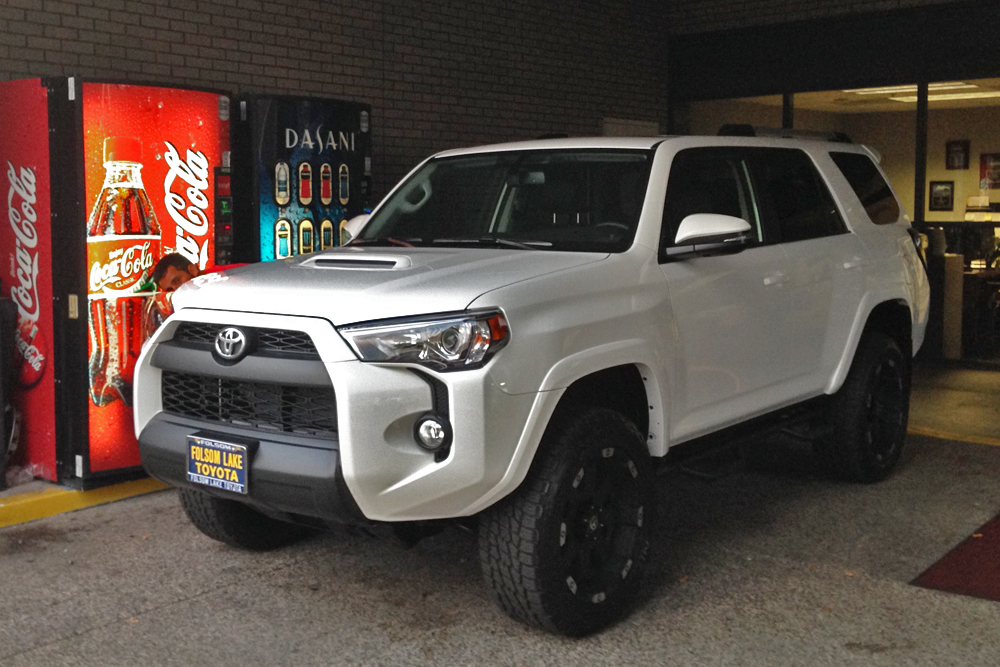 hi, i dont see the instalation of the oem trail hitch and the trimming of that part to install it nice!
Thanks, the best place fro 4runners

Is the front grill, mid bar, a replaced item or painted / plasti-dipped ?

On this post, that is the way I bought it. It was factory black.

Does this one has after market UCA with the 2.5” lift? And what’s the measurement from center hub to bottom of fender line? Thanks. Awesome 4R!

Good evening,
I have a 2019 Toyota 4Runner limited. I am just spinning in circles about what lift will work with the XREAS system? I have read that Revtek is the only lift that will work and takes into account for the natural extra lift in the rear from the XREAS system. Can you give any advice or help?
Greg

Joe, Thanks! Yeah, I love it. Recently Toyota called me and asked if I wanted to trade it in. Hmmmm, NOPE!

have you done any recent mods to you 4runner? I am waiting for my 2016 super white trail premium to come in! I am super excited and cannot wait!

I am waiting on a Gobi Stealth Roof Rack to come in. I have been waiting for about 2 months and have about 1 more month to go! The waiting list is crazy for these racks. I am also getting a magnaflow exhaust in a couple weeks. Let me know when you get your 2016. Thats exciting!