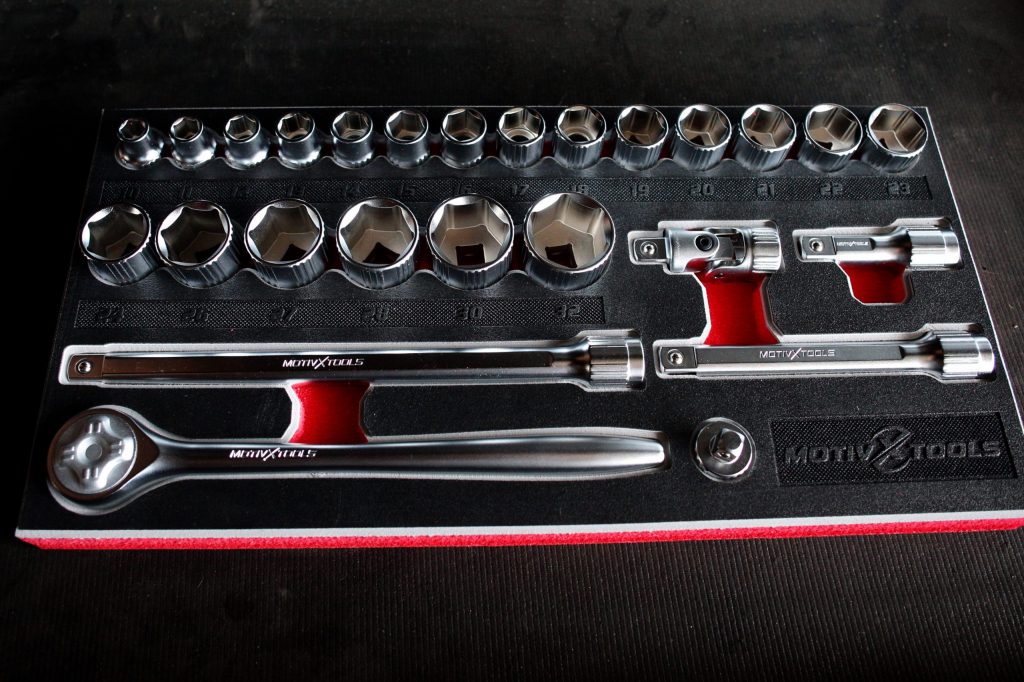 With so many options on the market for tools, it may be hard on deciding what route to take. Do you build your own kit?

Do you go with a more expensive or cheap brand, such as Craftsman or Pittsburgh?

It can always be a bit of a headache, especially for someone new to the DIY crowd, but thankfully Motivx Tools has now made that decision a little easier. 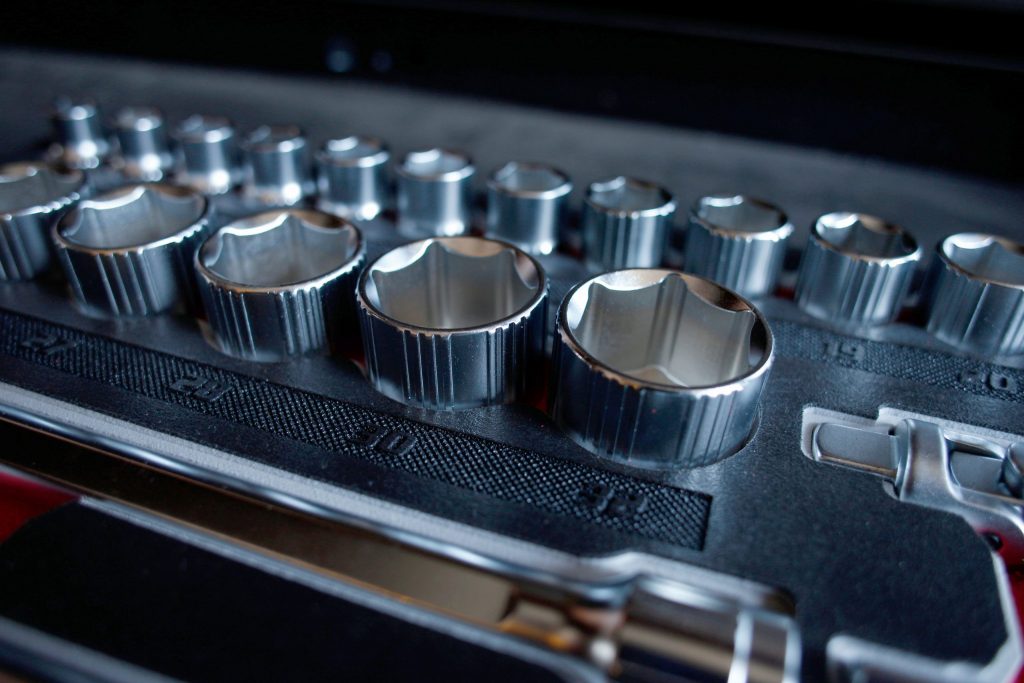 Motivx Tools is a specialty automotive company located in Puyallup, Washington, and focus on making tools that are not only of top quality but also focus on the effectiveness in scenarios where they are used.

They are a company that is focused on their customer service as much as they are on their tools.

Ultimately you can expect to have any and all questions answered when interested in purchasing a product, as well as them wanting to hear your feedback on how things can be improved if you weren’t happy with something.

Odds are you’ve seen their oil filter removal tool when researching how to do your oil change on the 5th Generation 4Runner.

Not only does their tool work flawlessly, but it is also better than the Toyota specialty tool they like to charge upwards of $200 for. 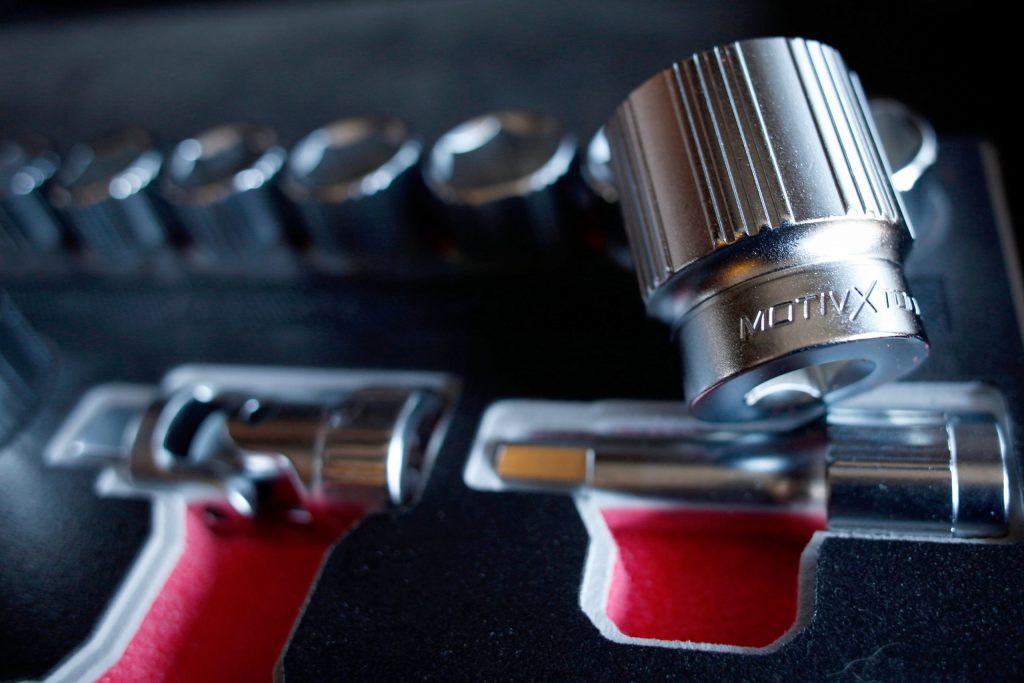 Motivx Tools has released three ratchet sets ranging from 1/4”, 3/8”, and 1/2”. I went ahead and grabbed a 1/2” as the majority of socket sizes needed to do work on the 5th Generation Toyota 4Runner were in this set.

The set includes a 72 tooth 1/2” drive ratchet. While 120 tooth ratchets are nice, especially when your space is limited, they generally are overkill and not needed, meaning you are going to pay more for an item you aren’t going to need.

Thankfully Motivx understood this and went along with the trusty 72 to keep their set cost-effective. 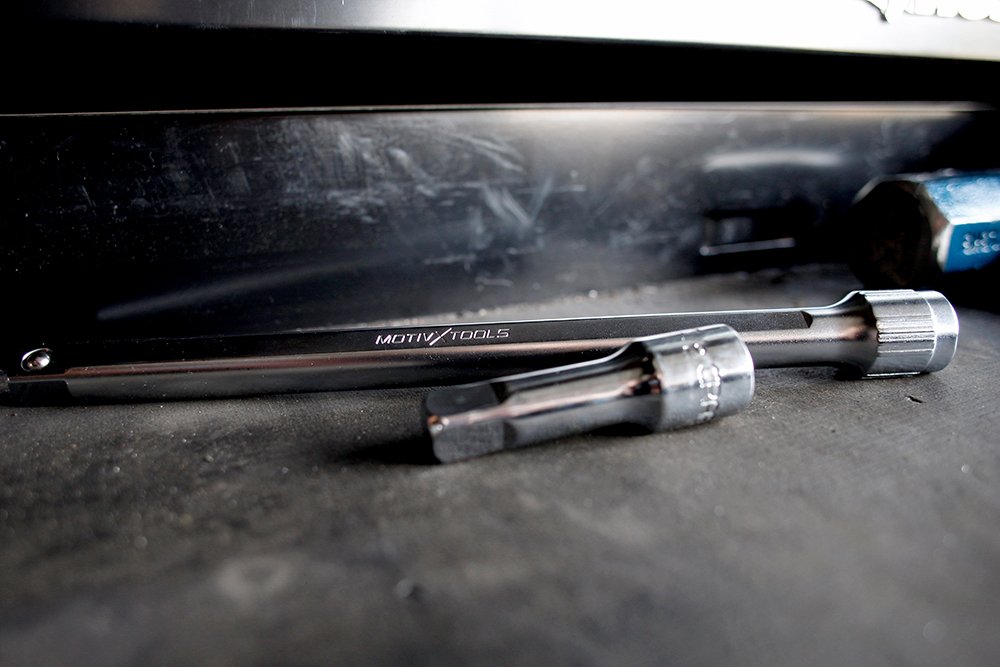 These are the most common extensions you’ll use, and again Motivx made sure to include the ones that are absolutely necessary and not there for ‘fill.’

There are three things however that I really love about this set. 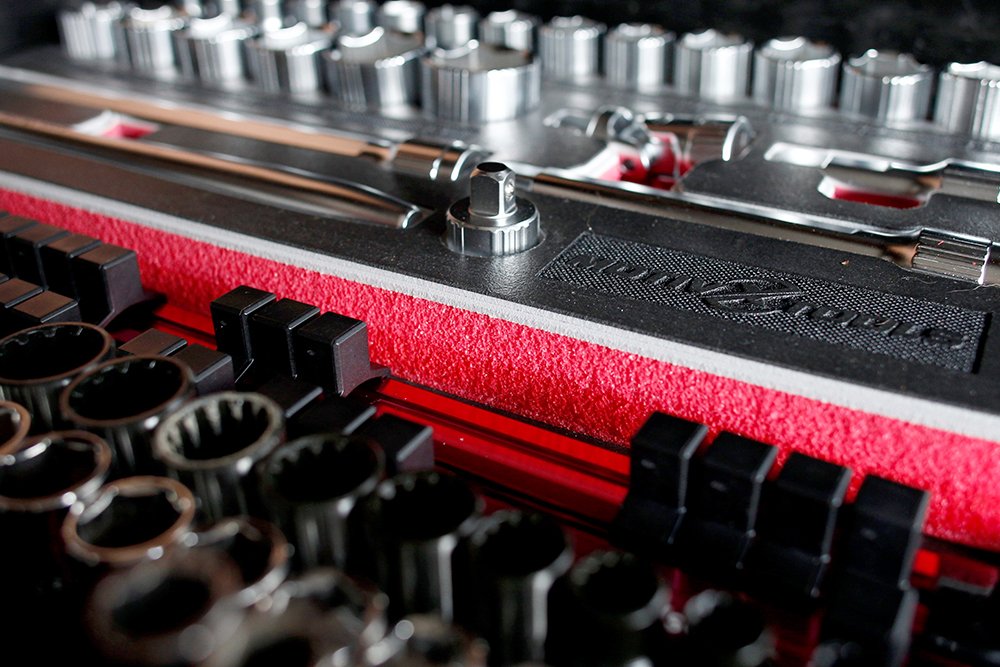 One of those is the 3/8” drive adapter. I have quite a bit of 3/8” sockets laying around that I use, and having the ability to use this ratchet along with another when tightening down or loosening a bolt/nut is extremely useful. 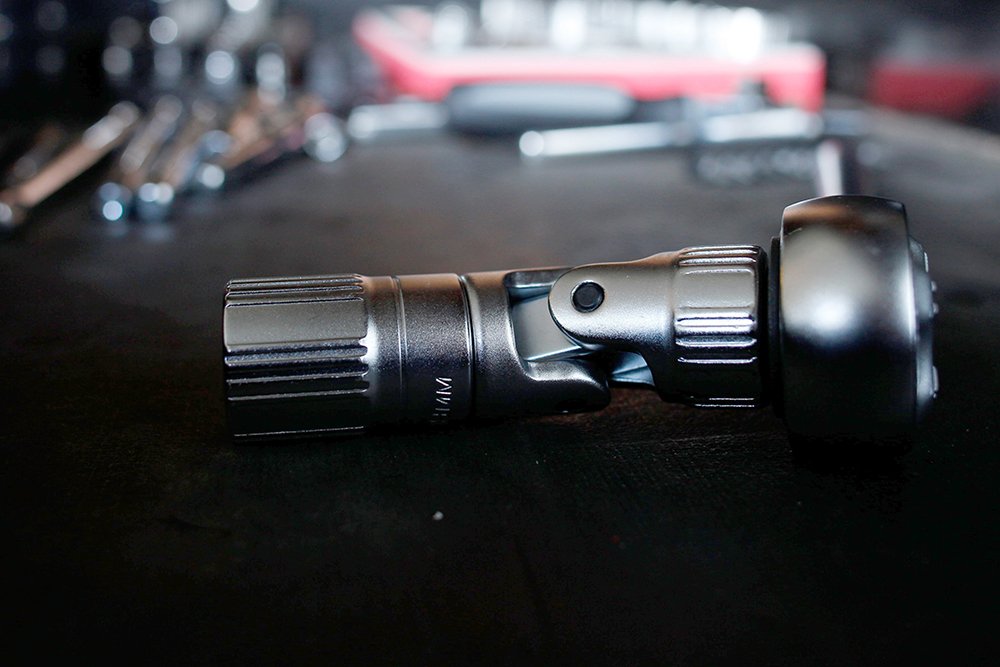 Another feature that is probably overlooked is the spring-loaded u-joint. U-joints are extremely helpful in tight places, but if you’ve used them you know how they tend to flop left and right, making that job that should be easier, just as hard as it was without it.

That is no longer a problem with their u-joint, as a spring locks it into position, causing it to no longer flop to the side or move around on you. 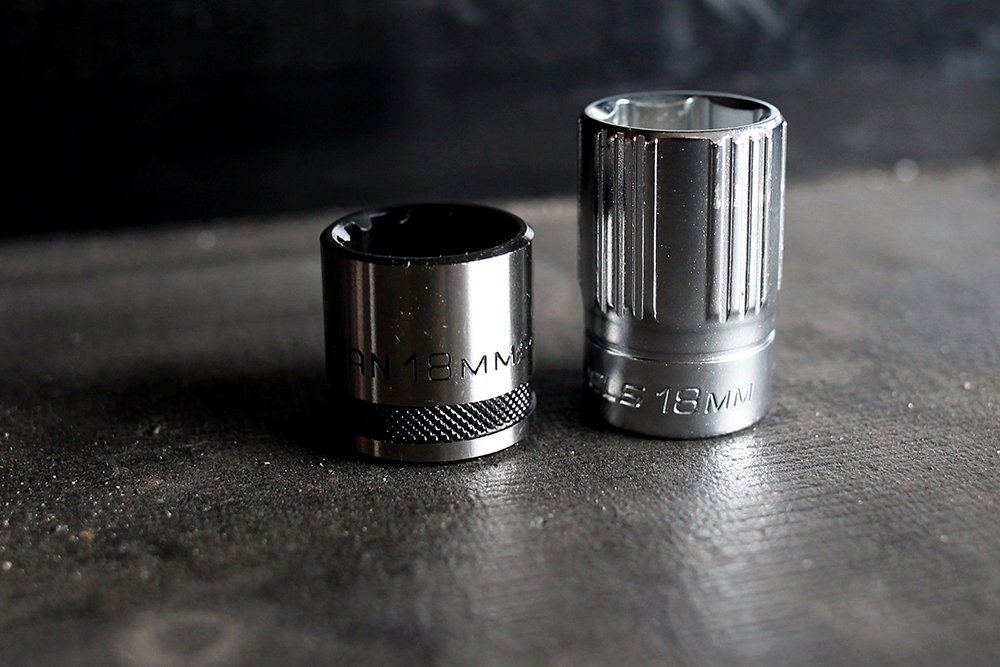 Lastly is the sockets. You get just about every socket you’ll ever need for working on the 5th Generation Toyota 4Runner. Besides the 25mm, 29mm, and 31mm, you get every socket from 10mm-32mm. Meaning if you want to install a bumper, change your oil, do a tire rotation, mount lights, snorkels, roof racks, etc, this set will do it, not to mention fix things on the trail such as tie rods. 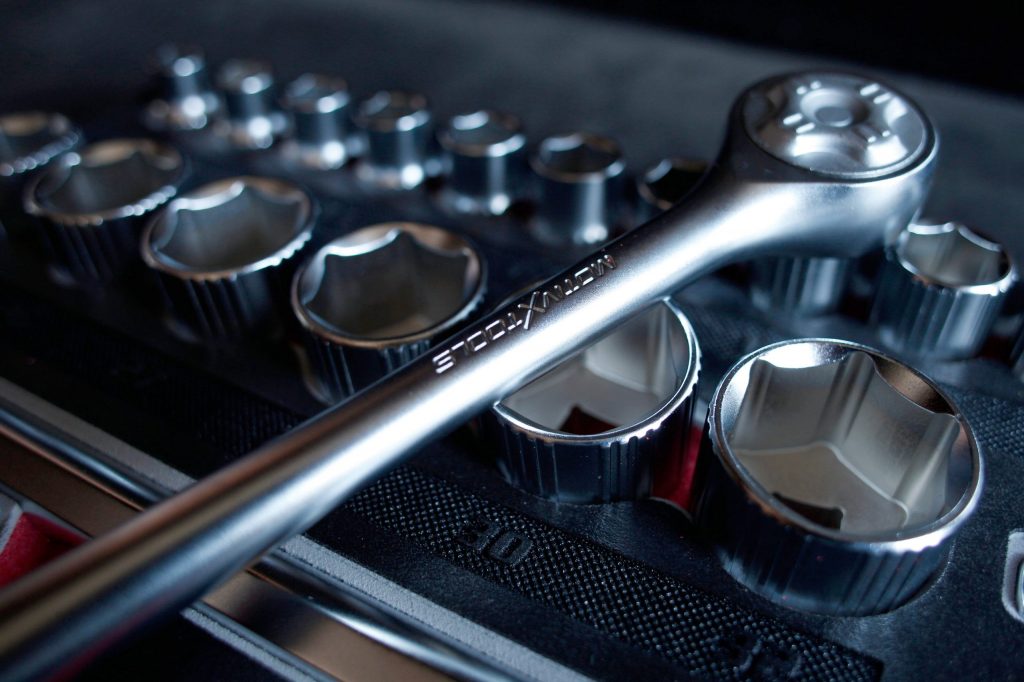 One thing I wish the Motivx did have was a better-gripped handle. When working with gloves for an oil change, the ratchet does tend to slip easy. Last thing you want is your ratchet in a pan of dirty oil. They are working on a way to help have better grip, so look for that in the near future.

Additionally, I would have liked to see some sort of official case. While it does come in a nice strong cardboard box, with a foam sitting inside, when taking it on wheeling trips the cardboard could easily crumble and become out of form, not to mention if wet would be practically useless. Thankfully Motivx is all open ears and plans on releasing some sort of special case in future for this, along with people who off-road.

What Ratchet Set Do I Need? 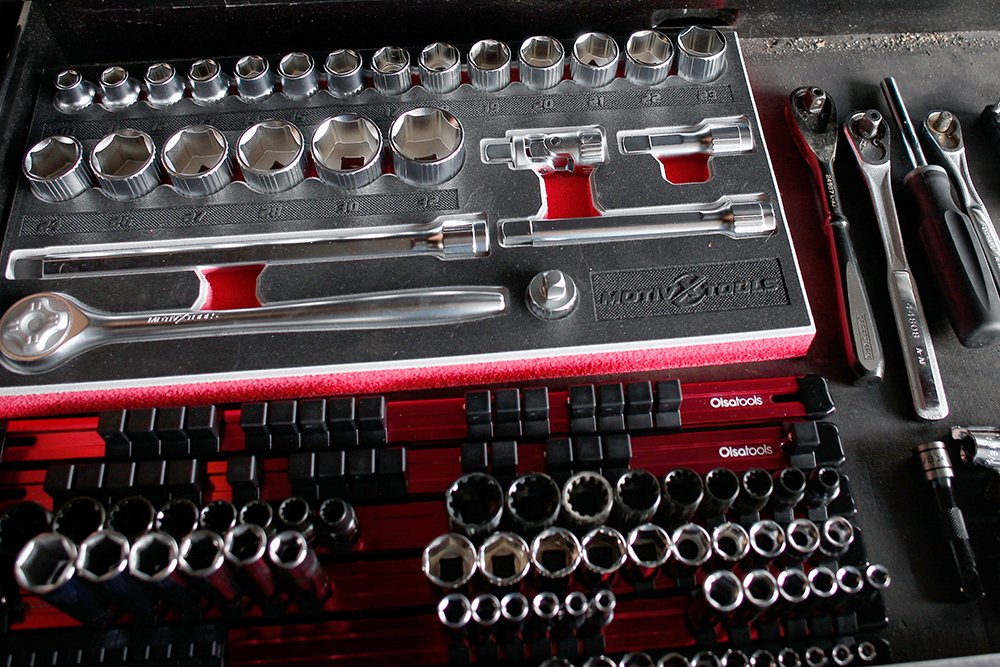 When it comes to ratchet sets, you ideally should have one of each size. While 3/8” is considered to be the most common, the 1/4” can come in handy for those small tight spots such as when you may be doing electrical work on the inside of your vehicle. While you may not use it as much as you think, you’ll be glad you have it when that time comes.

3/8” is a set you should always have, as the majority of the work you’ll be doing will come with the 3/8” range. Oil changes, installing a roof rack, tightening down a light bar, these are areas where you’ll be using a 3/8” set. Needless to say, you need one, and this Motivx set pictured here is really a high-quality product.

The 1/2” however can replace the 3/8” set just as easily and be used in nearly the same areas. The main thing is room, as the handle on the 1/2” is typically longer to allow you to have more torque for when tightening down bolts. The other thing to keep in mind is the socket sizes typically go much larger with a 1/2” set than they do in a 3/8” set.

Another thing to keep in mind is torquing down bolts when completing a job. You may have a 3/8” torque wrench, but the majority of them don’t go past 80 lb-ft, meaning you won’t be able to properly torque down your lug nuts if changing a tire. 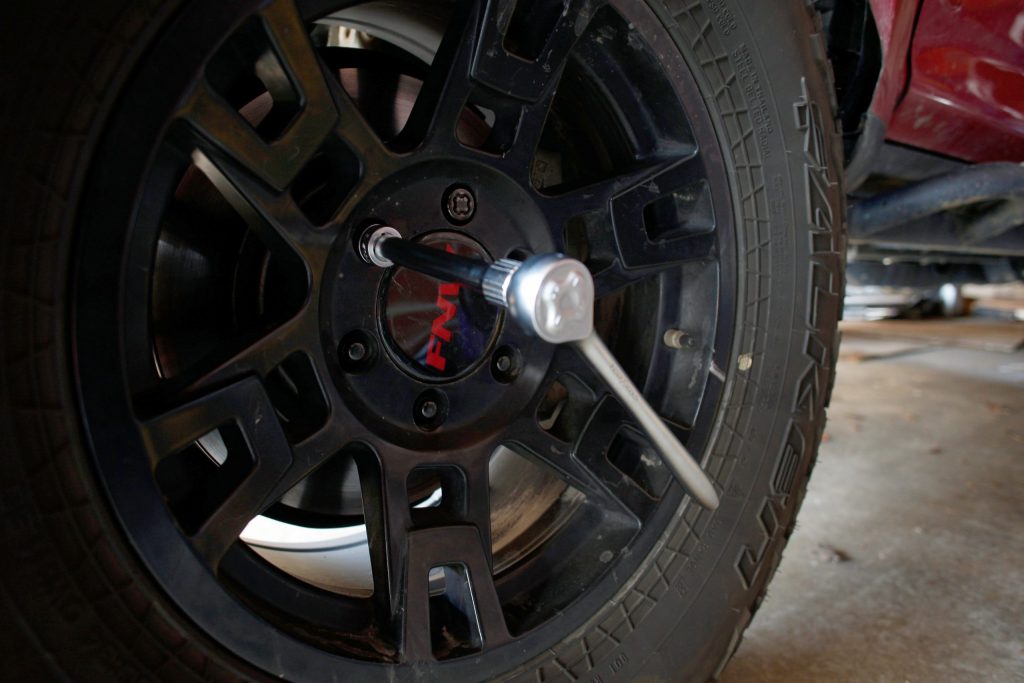 The majority of tool sets out there by the bigger name companies such as Craftsman (which I own a few of), tend to always include things you don’t need with a socket set.

Sure, some of the included things help, but for a socket set, you don’t need things such as screwdriver attachments or hex keys. While Craftsman at times appears to focus on filler pieces, Motivx throws them out and only gives you what you want, which in return helps keep their prices fair while retaining a higher quality product.

One thing I noticed right away from Motivx was their presentation. My Craftsman kits all came in the typical black plastic case causing everything to rattle around and at times shake loose, leaving a mess in the box. Motivx, on the other hand, comes in a foam cut fitment, meaning the tools sit in, and they don’t shake around. This not only allows for an easy move to the toolbox drawer but when wheeling you don’t need to worry about hearing the clanking and banging over and over.

An extremely nice feature of the sockets they include was also the engravings on them. Meaning if you have oily fingers, or have a bad grip, it’s much easier to hold onto these, not to mention having to watch them roll away from you.

Even better is the fact that they are all six-point sockets. This means there’s less chance of the socket slipping, causing slippage and stripping of bolts. Additionally, you can be confident that there won’t be any issues when using them with other companies’ torque wrench.

As mentioned above Motivx is all open ears and always open to suggestions, and that makes a world of difference. The two small ‘complaints’ I had they knew of and we’re working on, and will update me when new ones come out.

Craftsman, on the other hand, has still yet to respond to my email I sent over two months ago about a case for my torque wrench, as the one it came with was just a molding, allowing the top of the torque wrench to be exposed. 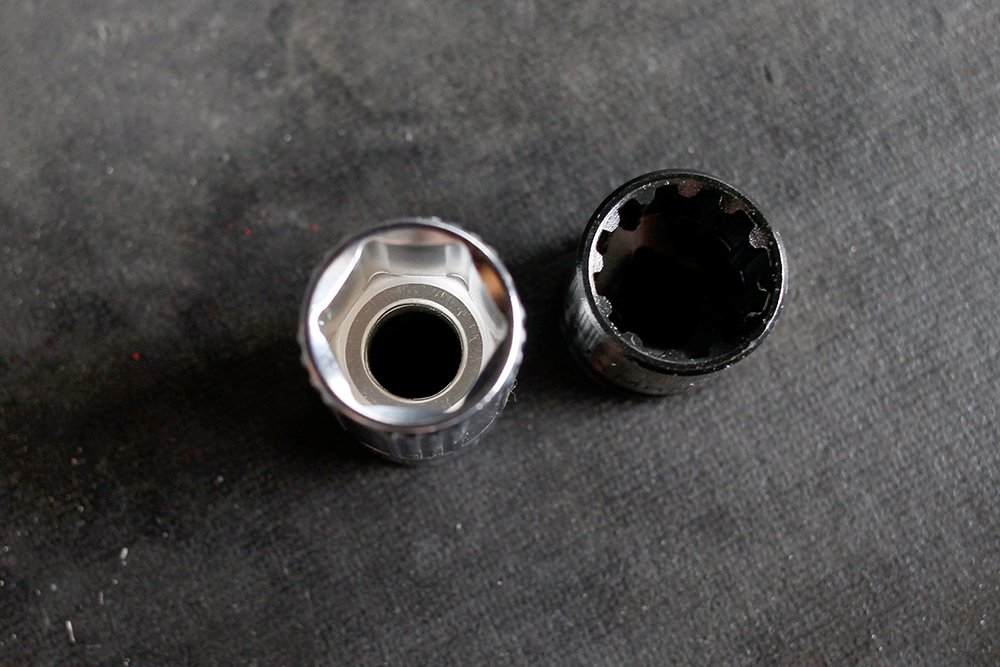 If you are looking for a ratchet set for your 5th Generation Toyota 4Runner, whether it be for doing work in your garage or having a kit to help with parts on the trail, the Motivx 1/2” Drive Metric Socket and Ratchet set is the one for you. It’s hard to find a set like this on the market from any of the big-name companies, and even then you’re paying for their name rather than quality.

For instance, most of the Craftsman that match up to this are either missing pieces, have SAE pieces that are useless for 5th Generation 4Runner owners, or are nearly double the price.

Don’t let a new name fool you, Motivx is indeed the real deal and in my opinion, knocks all of my Craftsman products out of the water.

Had I found these kits sooner I could have saved myself quite a bit of money and had a much better product with actual customer service.