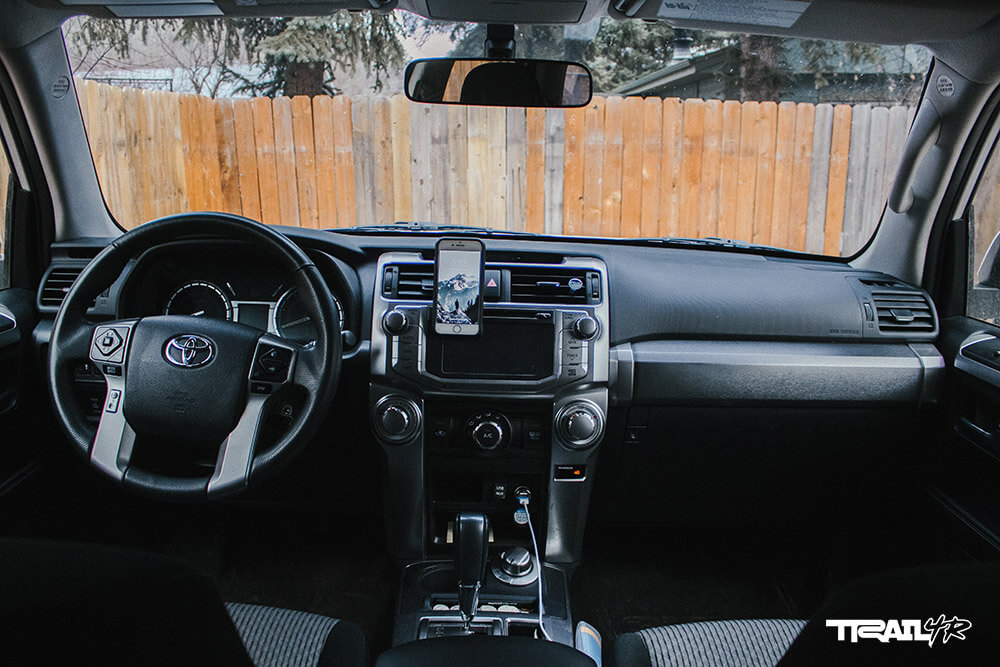 If you’re new to the whole 4Runner mods gig and want to add a sweet feature that will allow you to be Hands-Free on the go without going too hard or drilling into your dash, then this magnetic vent mount is calling your name.

This is a great option if you are looking to avoid the previously posted drill option.

Also, this is an alternative to another vent mount that was posted before as well. 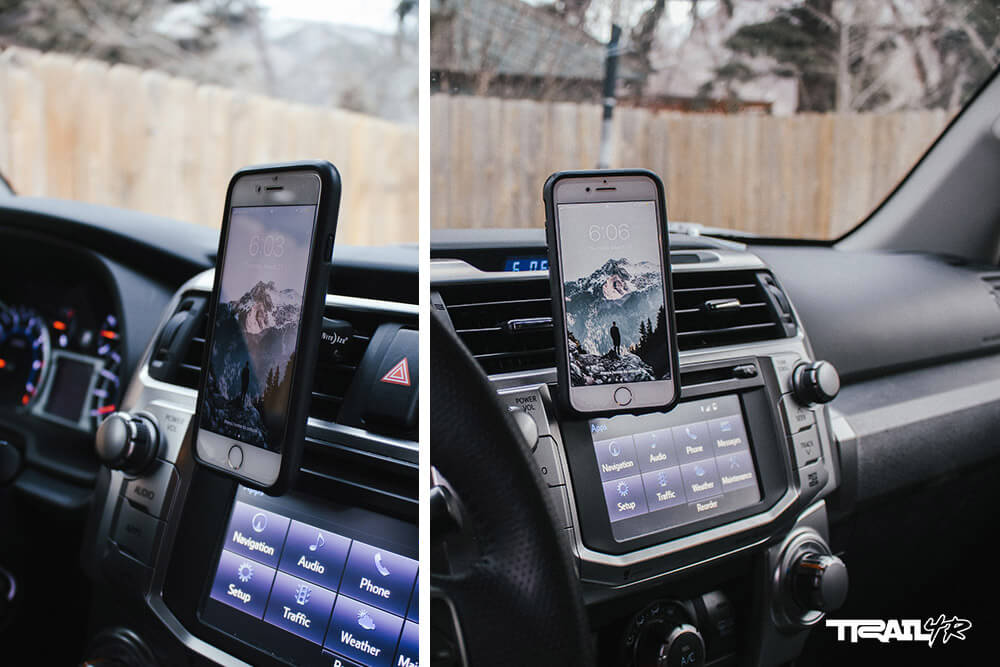 Straight out of the box the Nite Ize Steelie socket and mount are ready for use. The powerful vent fin clip installs straight on and won’t budge a bit and the socket is a simple peel and stick.

Press and hold firmly for about 15 seconds until the socket has adhered fully. 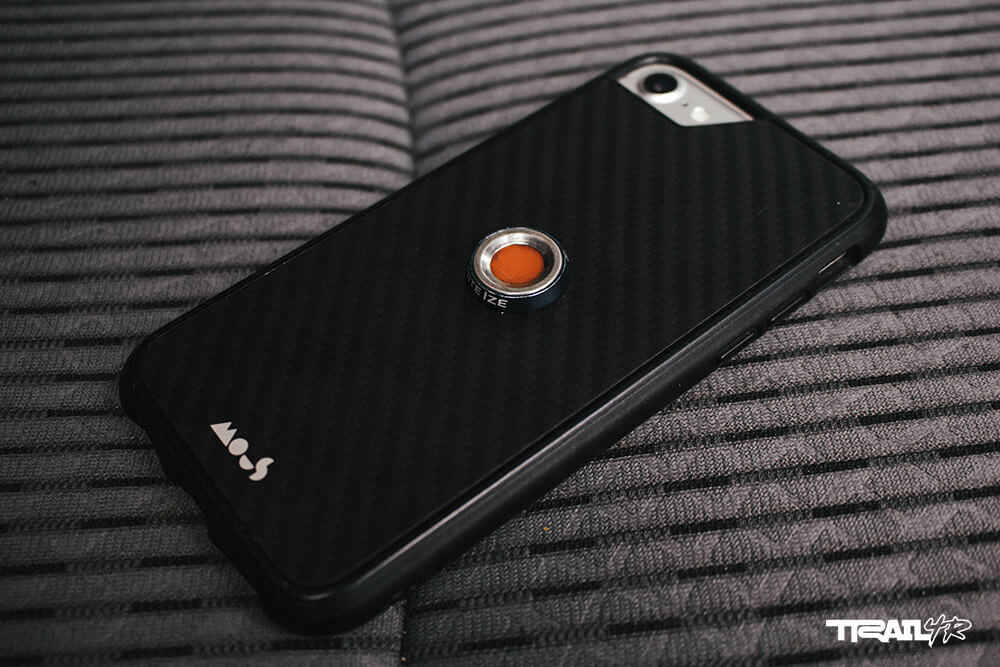 I prefer the vent to the right of the wheel in a spot that I can access quickly and in a place that the charging cord doesn’t get tangled in my windshield wiper control.

Open the clip of the phone mount and slide it onto the top-most vent fin.

Clamp down the small vent clip and you’re done! 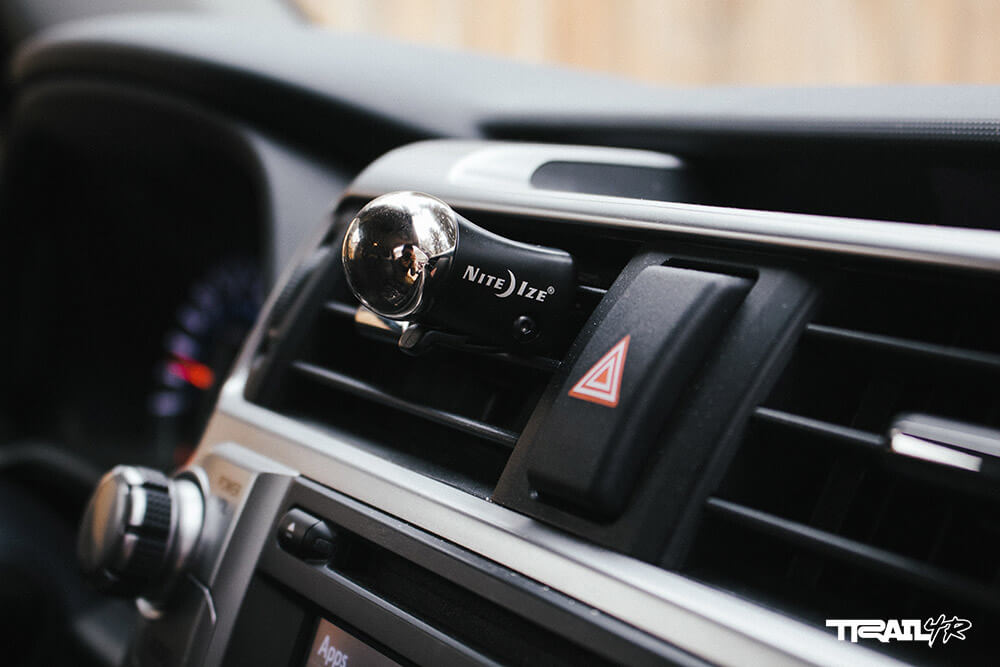 Align the socket from your phone case and the ball bearing and admire your new mount! 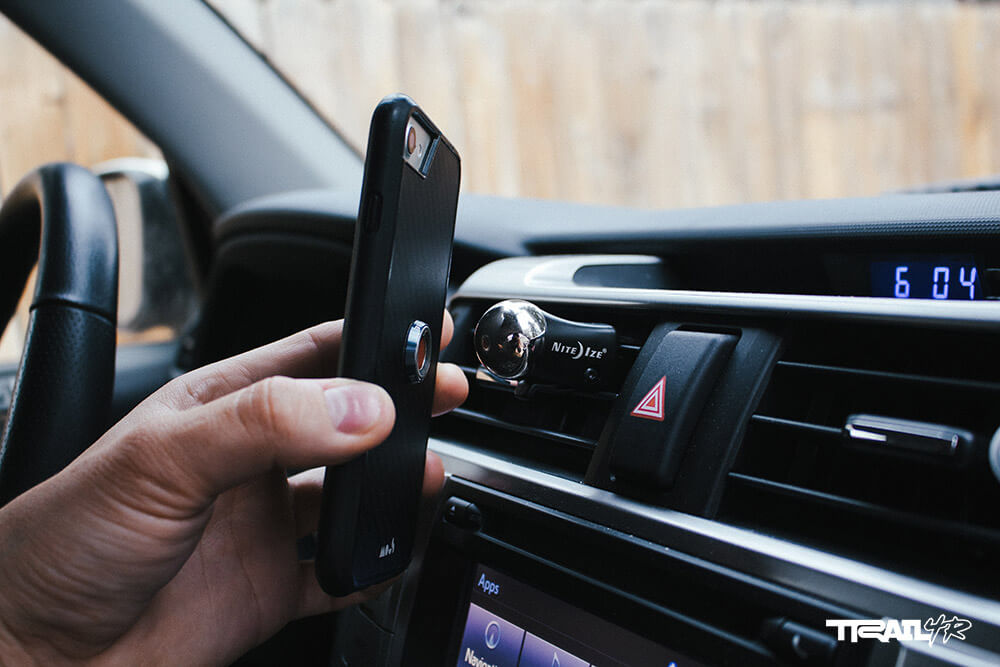 As simple as that, you have a rotating mount and a simple solution to hands-free cell phone use. 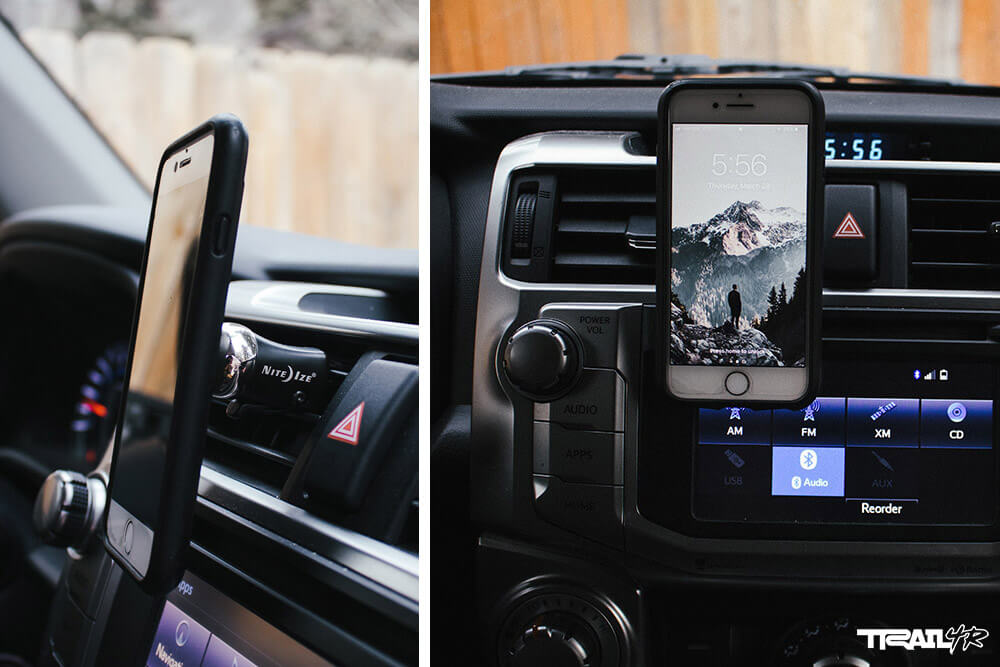 I’ve been using this phone mount for a couple of months now after I received it as a gift and it has been the best mount I’ve ever used.

In the past, I have run a slide-in-the-vent mount or a phone holder that forces me to press all kinds of buttons to release my iPhone, but this mount has an answer to all those frustrations.

With one sleek stick-on piece to your phone case and the flip of a clip to the vent, you can quickly mount or dismount your phone. No clunky buttons to press and no hassle of the slide-in-the-vent mounts well…sliding out of the vent.

This bad boy stays and performs, standing the wear and tear test of even this humble college kid. 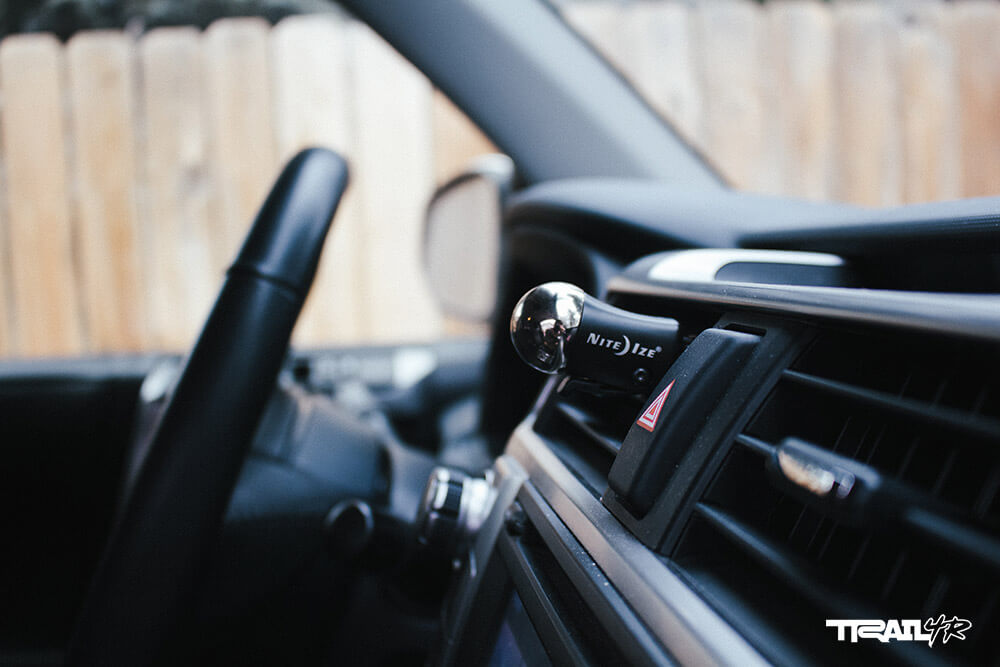 Nite Ize also sells this mount in a stick-on-the-dash version instead of the vent clip described below if you prefer to keep your vent clear.

There is also a multitude of other accessories like desk, windshield, wall, and shower mounts that can be used once you get a Nite Ize adhesive socket on your phone or phone case.

I have the Nite Ize Freemount Bracket vent mount. It works pretty well and the magnet is very strong. However, the internal ratchet on the Freemount Bracket is made of plastic components that have broken twice since my original purchase. Nite Ize has provided a warranty replacement once. I may try for a second replacement under warranty.