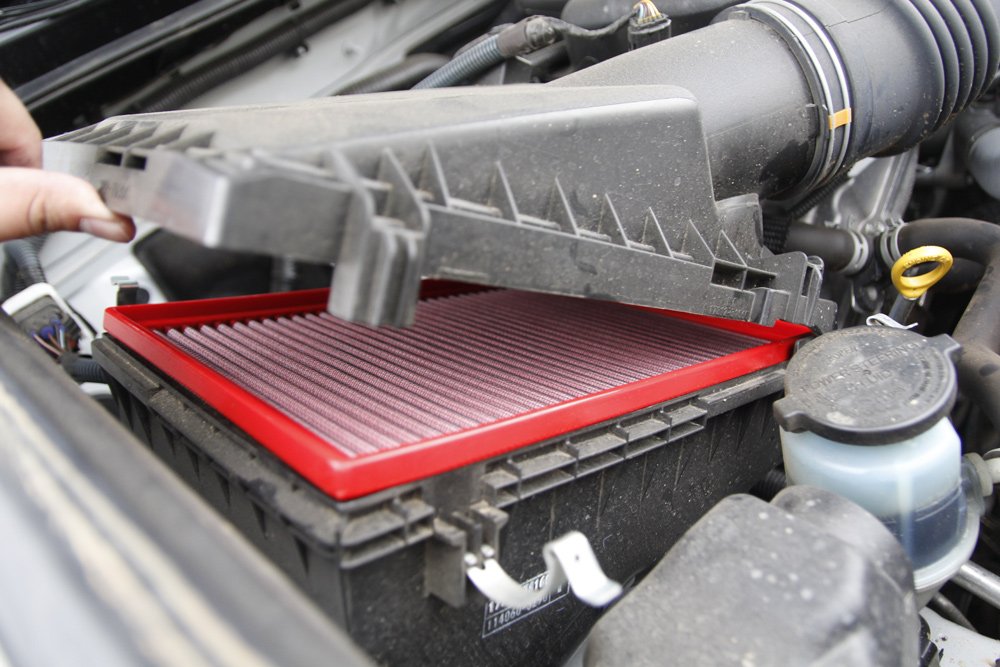 Your 4Runner’s engine air filter is one of the most important items to replace to keep your rig running well. The 5th Gen 4Runner has been such a successful Toyota product that many aftermarket options are available for this platform in forms of drop-in filter and CAI system, such as K&N, TRD, aFe, etc.

For those who don’t have time or resources to do a CAI system installation (see this aFe for example), or simply don’t want to change out the stock box (perhaps for snorkels later, like myself), a drop-in filter is the best option for their increased airflow. Although there are many other drop-in filter reviews on the internet already, no one has yet to review the BMC drop-in filter for the 5th Gen 4Runner.

In this article, I will be going over the BMC Drop-In Air Filter for the 5th Gen 4Runner, and discuss the pros and cons of this system. 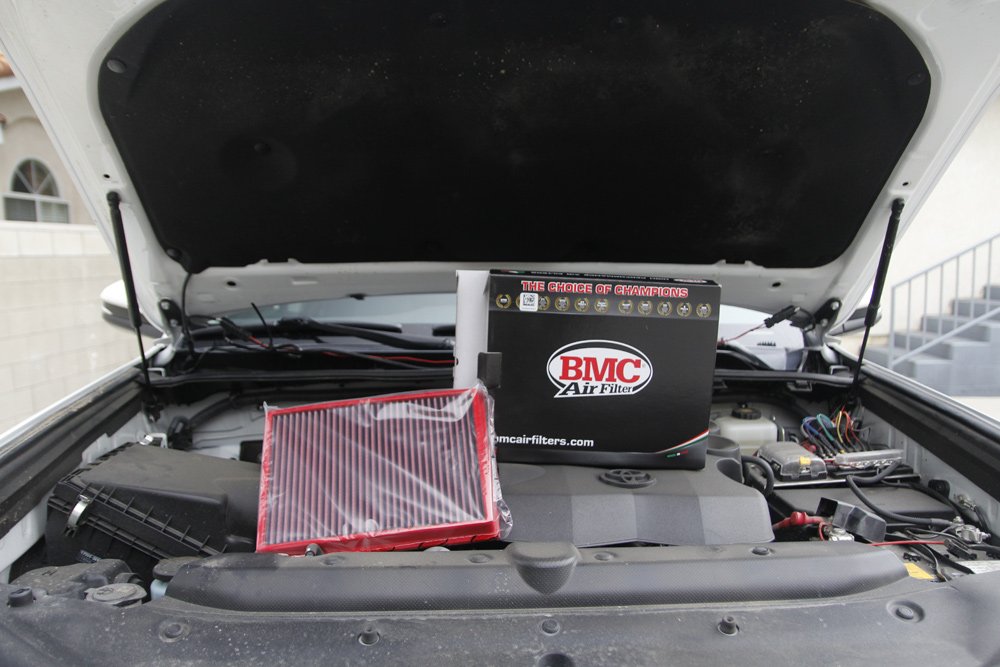 I had a few requirements to meet when I was in the market for a new filter:

Normally, I’d go with K&N or TRD, but when I asked my parts supplier for a price quote on the K&N, he recommended BMC instead, saying that BMC is the only thing he’d put in is E46 M3. In addition, the K&N filter I bought for my MK6 GTI was soaked in oil from the factory, which I did not appreciate.

After doing some research, I decided to follow his recommendation, because of the following benefits that BMC offers:

Where Can I Get One? 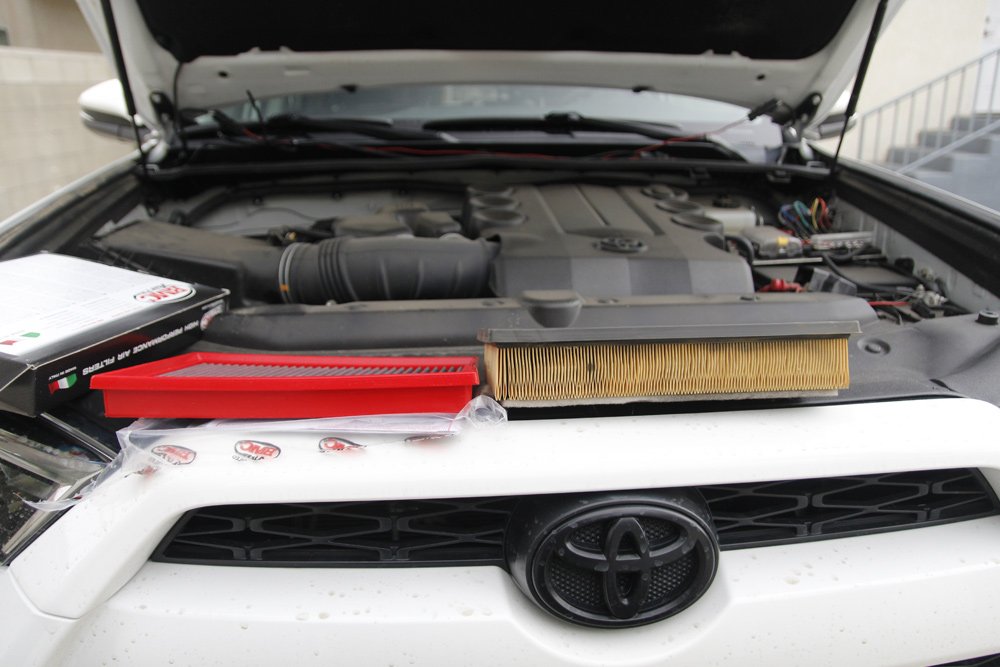 Upon inspection, the design of the filter seems less restrictive than that of OEM. When comparing the two side-by-side, it is visible that there’s no layer of cotton underneath the filter and the overall height is lower than that of the OEM paper filter, which allows the engine to breathe more freely.

The filter itself came pre-oiled so it is a simple drop-in installation; there’s no need to prep it. In addition, the filter is not caked with oil, unlike some other brands that dump oil onto the filter like it doesn’t cost money. The filter feels like it will last a long time with proper maintenance.

To clean the filter, use the BMC Filter Cleaning kit for the best results. Check the part numbers here.

If you’re not sure how to go about this, check out Brenan’s step-by-step process for replacing an air filter. 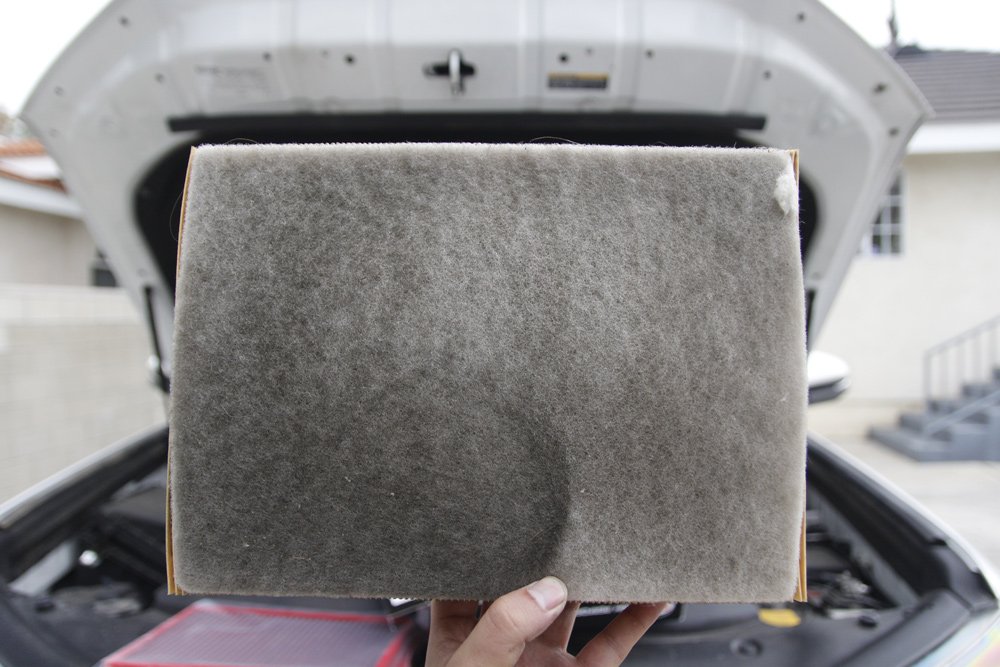 This is how my OEM filter looked after spending 2 years on my rig, after around 30k miles and 5 off-roading trips… It’s pretty much due for a replacement.

Before I replaced it, I saw a decline in my MPG and reduced engine power during your daily commute and off-roading trips. I was constantly getting ~16 combined MPG doing 70% freeway and 30% local commute weekly with my current build: 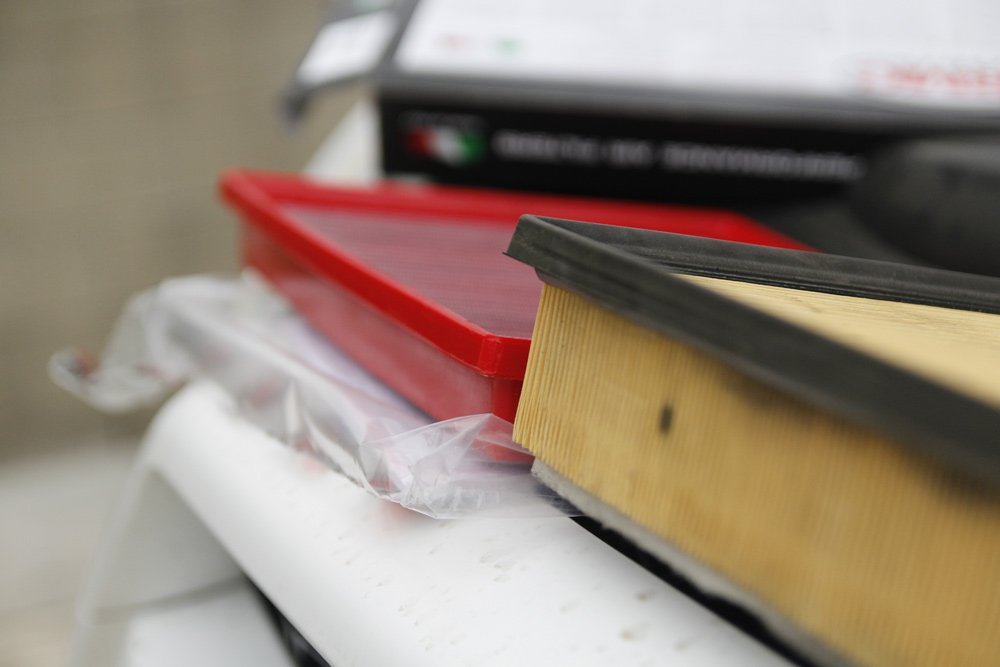 Because the engine breathes better now, picking up speed on the freeway is a little bit easier, and combined with Pedal Commander bringing the rig up to speed is way easier than before. Does the filter give any gain? Dyno wise, I am not sure as I don’t have access to a dyno; but my butt dyno says yes.

On the gas mileage aspect, I am currently sitting at ~17.9 combined MPG with the same setup, same commute, and same driving habit as before. The only difference is I’ve switched from putting Shell 87 Octane gasoline in my rig to Costco Kirkland 87 Octane, and my MPG still went up. 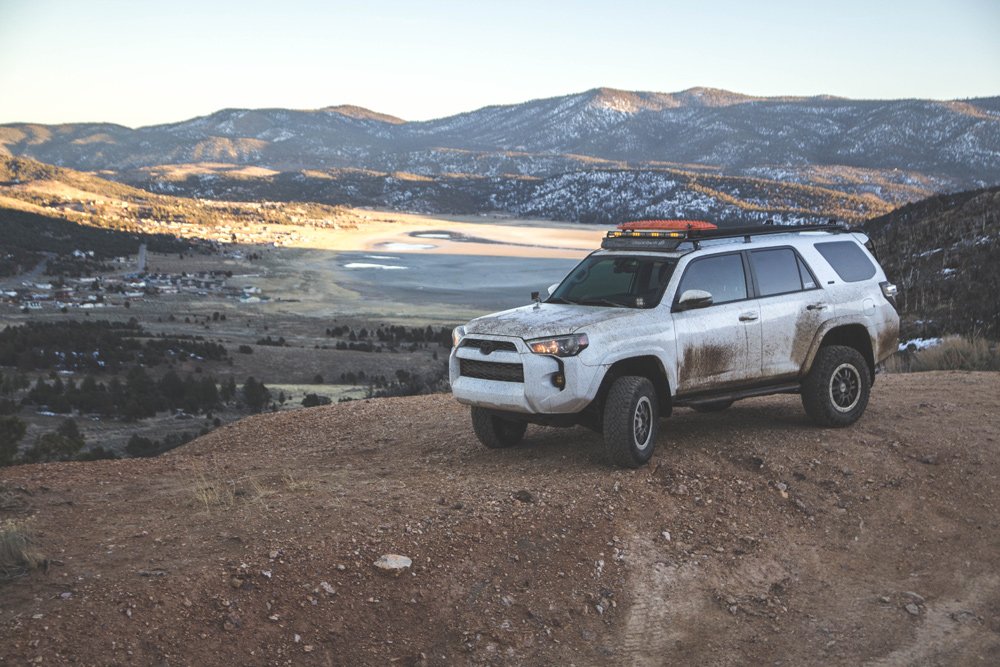 Some people fear that the free flow filter design would allow more particles to pass through the filter and damage the engine. I am happy to report that I did not see anything that warrants concern after running the filter for four months, during which I’ve gone mudding and off-roading a few times in addition to my daily commute to the industrial areas.

Because it checks all my requirement boxes, I do recommend this product to anyone who is in the market for an engine air filter. Just keep in mind that this is a little bit expensive than other brands and might take some time to ship after making the purchase, but at least it’s not drenched in oil that can potentially damage the sensors in your intake.

I will send an update on the cleaning aspect of this filter when the time comes, but I don’t think it is any more difficult than K&N or aFe.

Any updates on the filter in the last couple years? Thanks!

Here in Illinois governor Jabba the hut has us putting masks over our air filters.