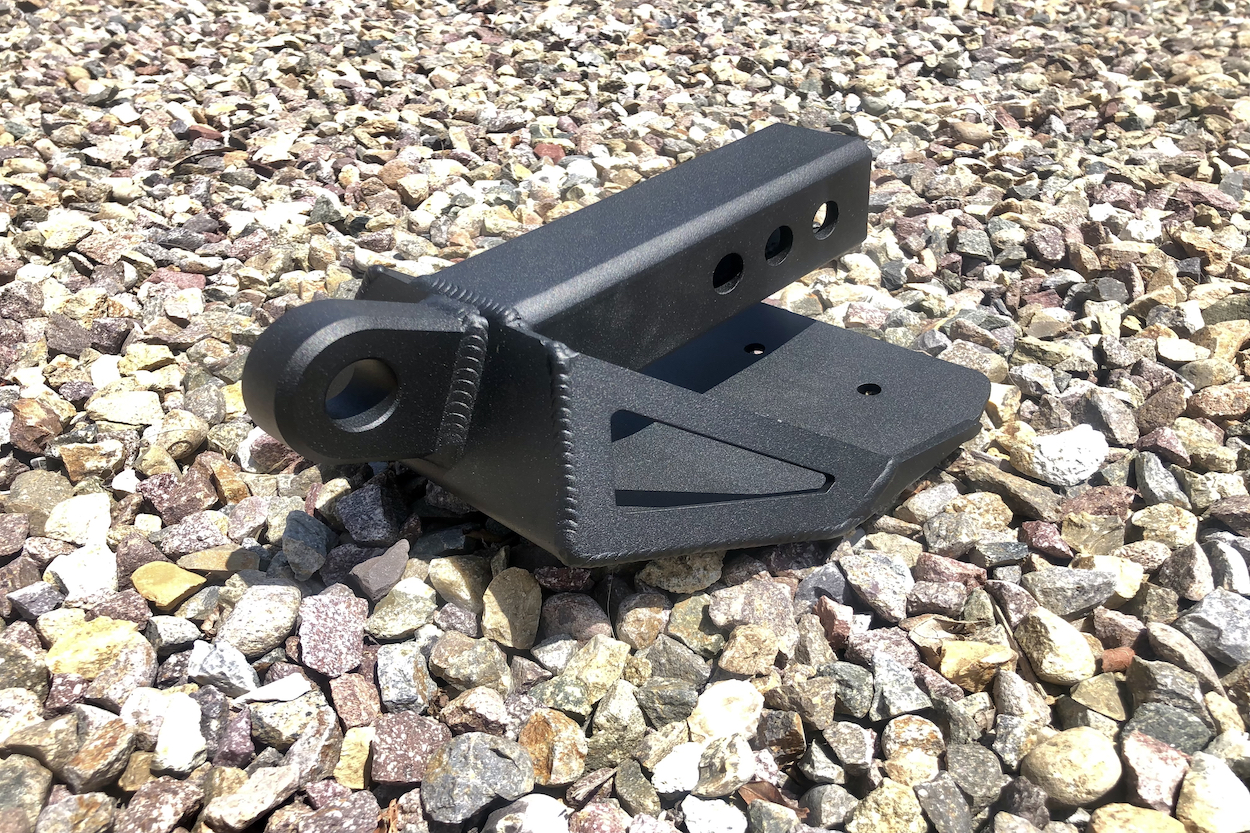 DRT Fabrication Universal Hitch Skid Review For the 5th Gen 4Runner (This Might Just Save Your Bumper!)

Ever go up or down a steep incline and just as you thought you’ve cleared the transition you hear the unmistakable sound of metal dragging rock? Using the hitch as a skid for protection is not a good idea especially if there are plans on using it for its intended purposes in the future.

Here is where DRT Fabrication Universal Hitch Skid comes in. In my opinion, they have one of the most thought-out hitch skid and recovery point combos on the market right now. Their design consists of a multiple bend skid, reinforced gussets, and a solid recovery point. Most of the other competitors out on the market are mostly a single angled plate welded to a square tube and many don’t even have a recovery point.

DRT Fabrication designed their hitch skid with an angled surface to slide on to aid with the vehicle’s approach and departure while keeping a distance between the bumper and trail hazards. This hitch skid might just be the best thing to have on the rear end of a 4Runner without going for a full high clearance rear bumper.

Note: If you are looking for a replacement hitch, the OEM Toyota Trailer Hitch part number is 51909-35011. 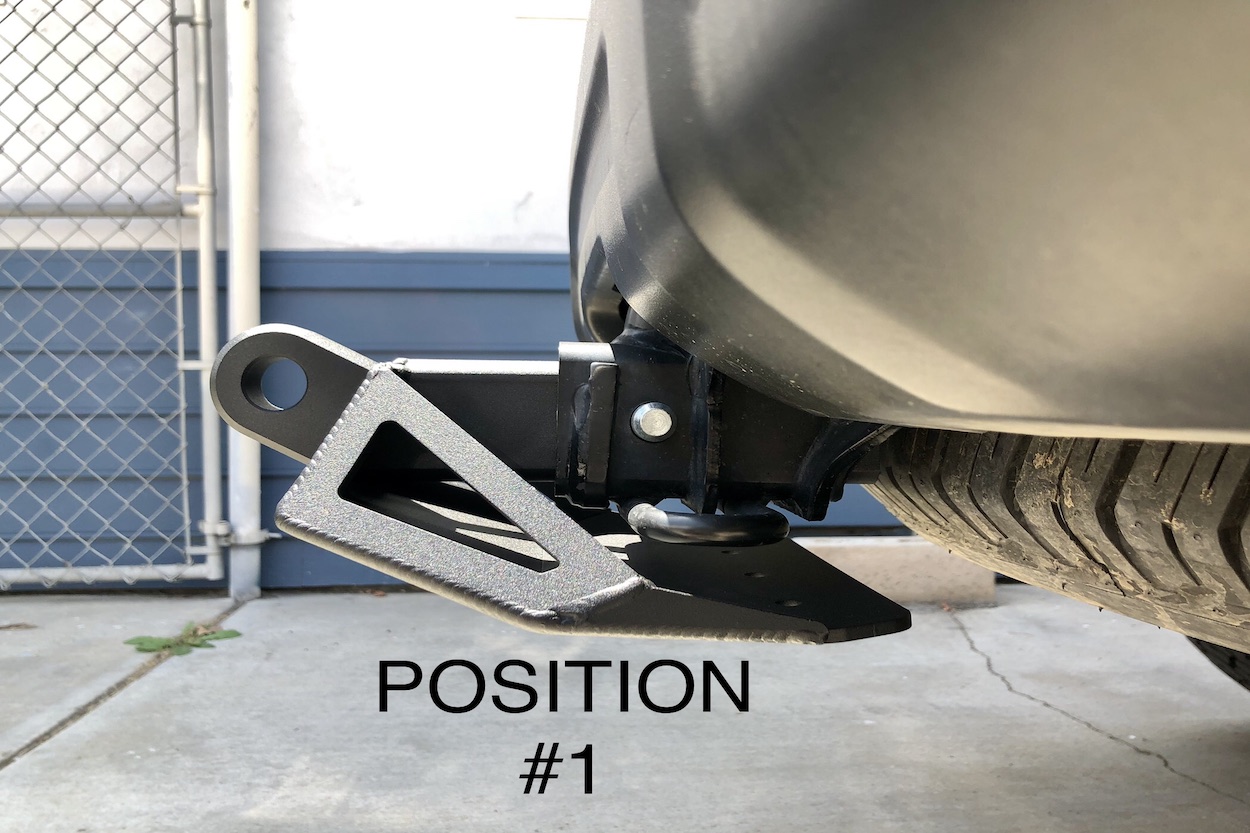 The DRT Fab Hitch Skid has three positions to adjust from for installation.

Ideally, you’ll want the hitch skid as close to the rear bumper as possible to minimize the potential catch/contact area. Of the three positions, #1 is closest to the recovery point and moving sequentially away #2 and #3.

I find that #1 is likely the best one to use for the 5th Gen 4Runner since it has the best departure angle and it hangs out the least, but still provides enough buffer between the bumper and whatever the hitch skid might be contacting. 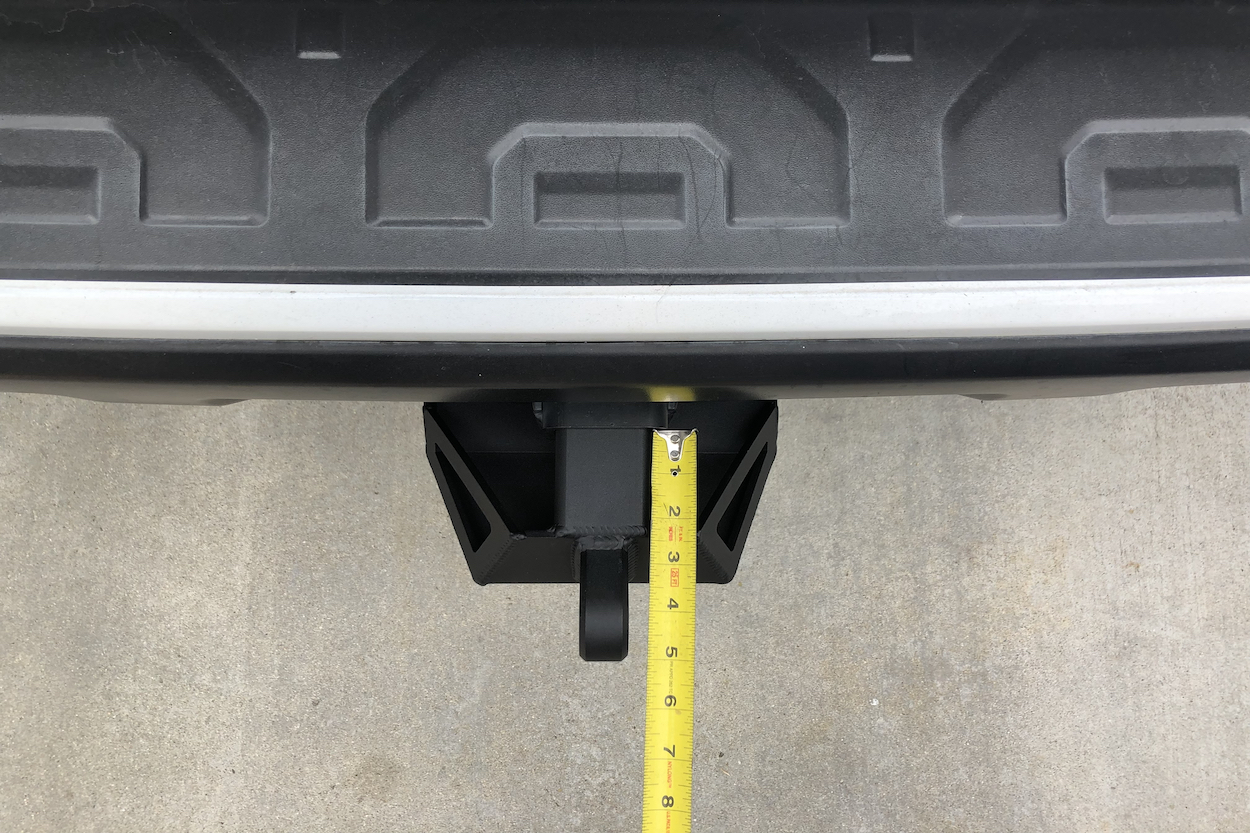 At Position #1, the Hitch Skid sticks out about 5″ past the hitch receiver.

Here are the other two positions: 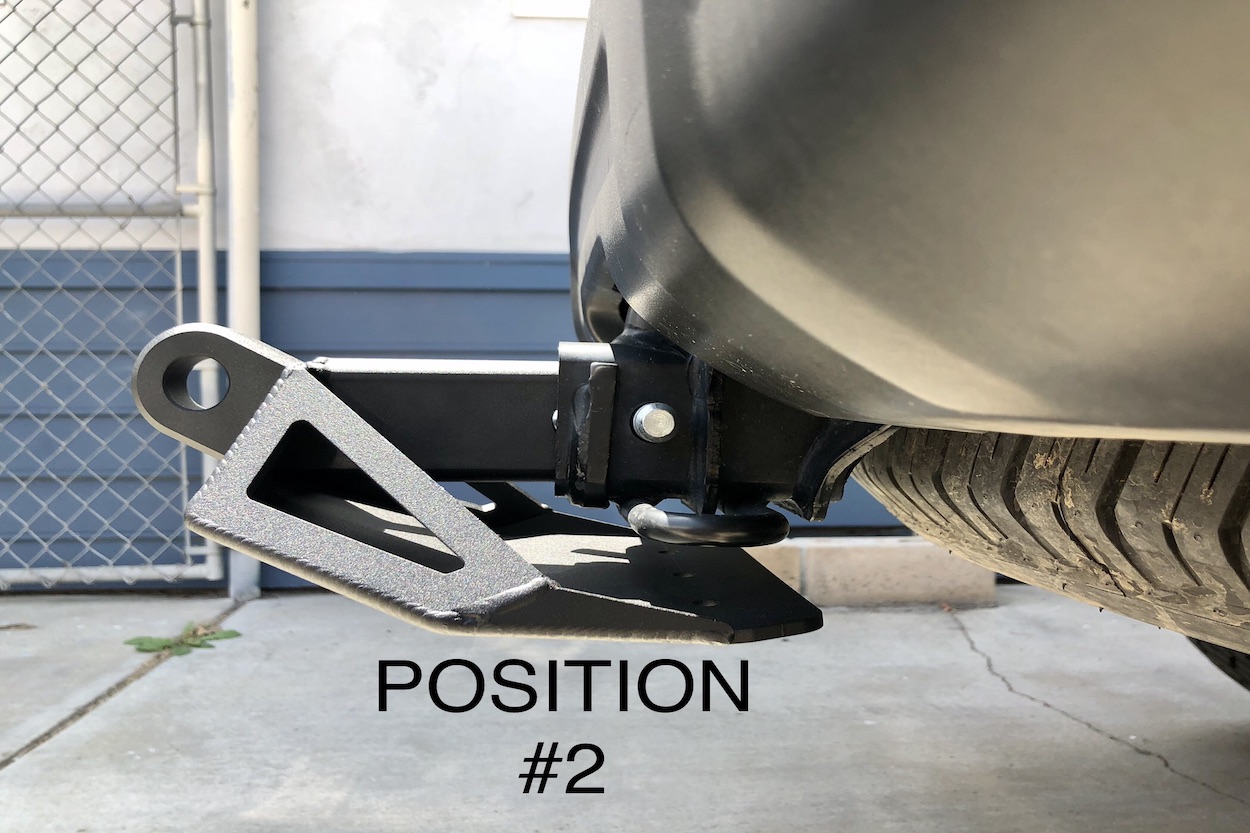 Position #2 does not fully cover the hitch receiver, but still covers the safety chainrings. 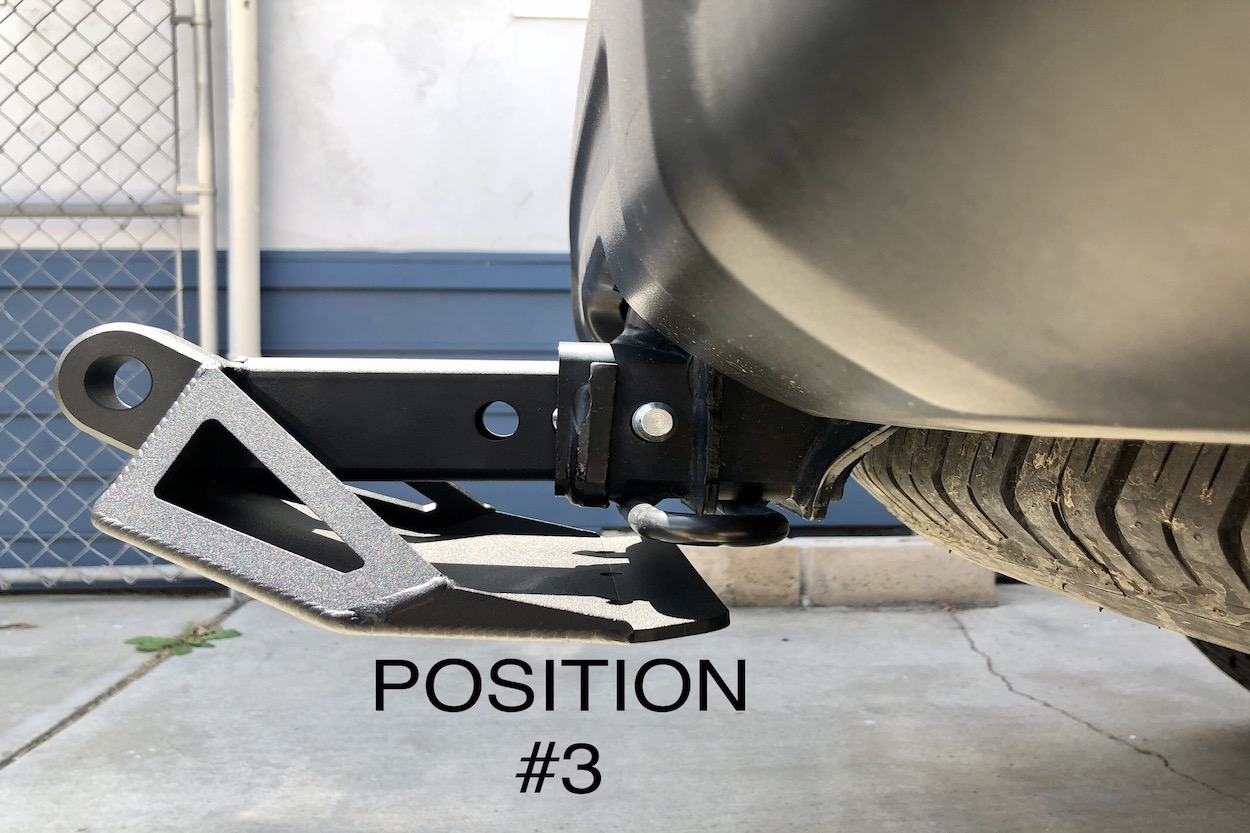 Position #3 leaves the safety chain rings exposed. With it being this far back it will likely make the most contacts on the trails. 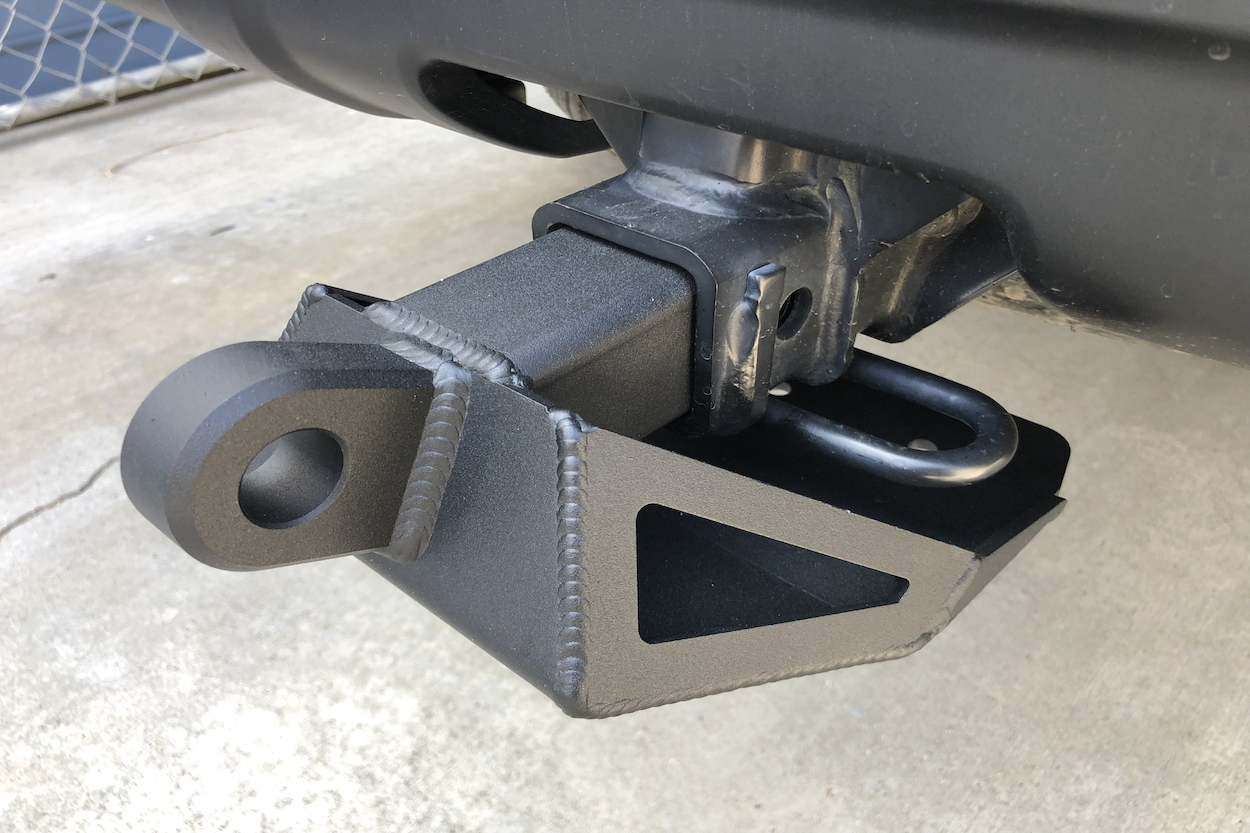 The hitch skid has approximately 60 in² of coverage.

It covers the hitch receiver and safety chain loops completely at Position #1. The contact surface portion of the skid is bent to improve the departure angle at the rear and also at the front to prevent “catching the edge”.

The skid is made of a single piece of 3/16″ steel and supported by gussets of the same thickness on either side. The way this skid is reinforced, it’ll definitely take a beating and ask for more. 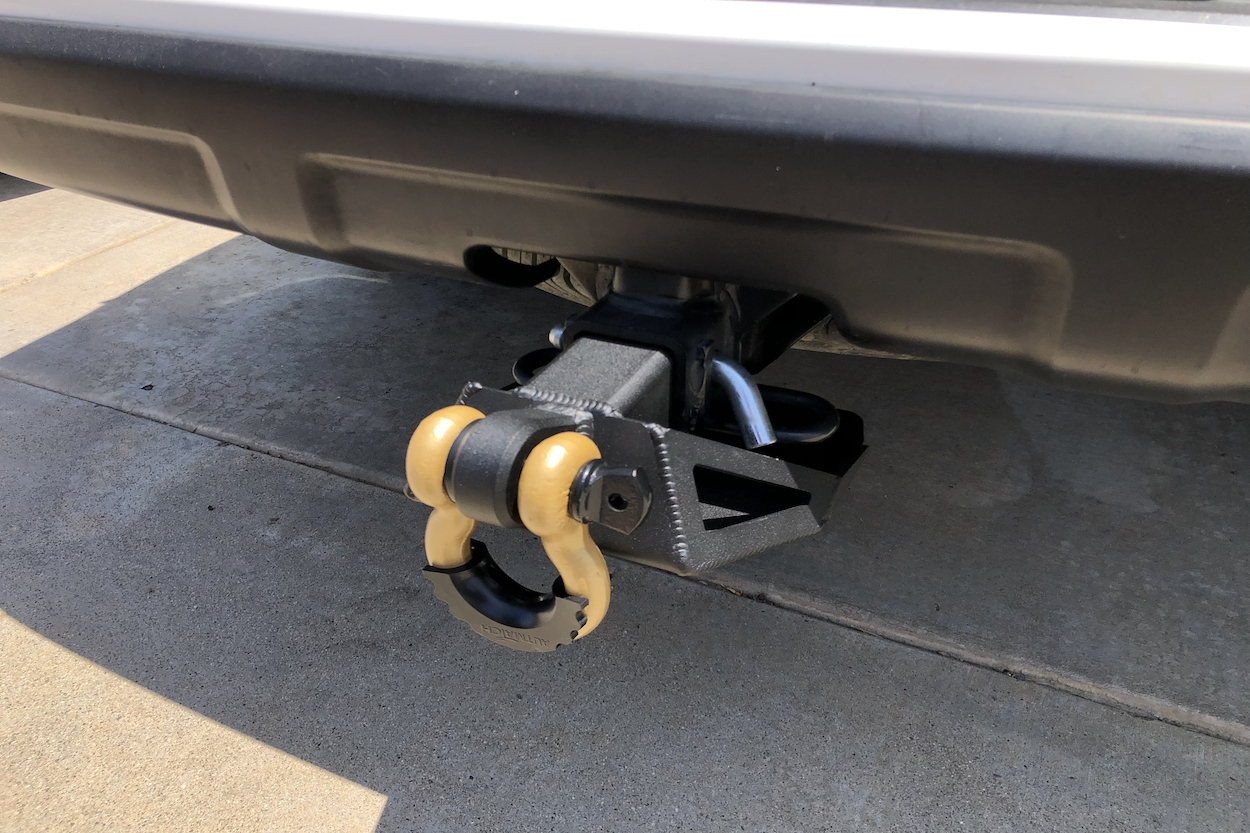 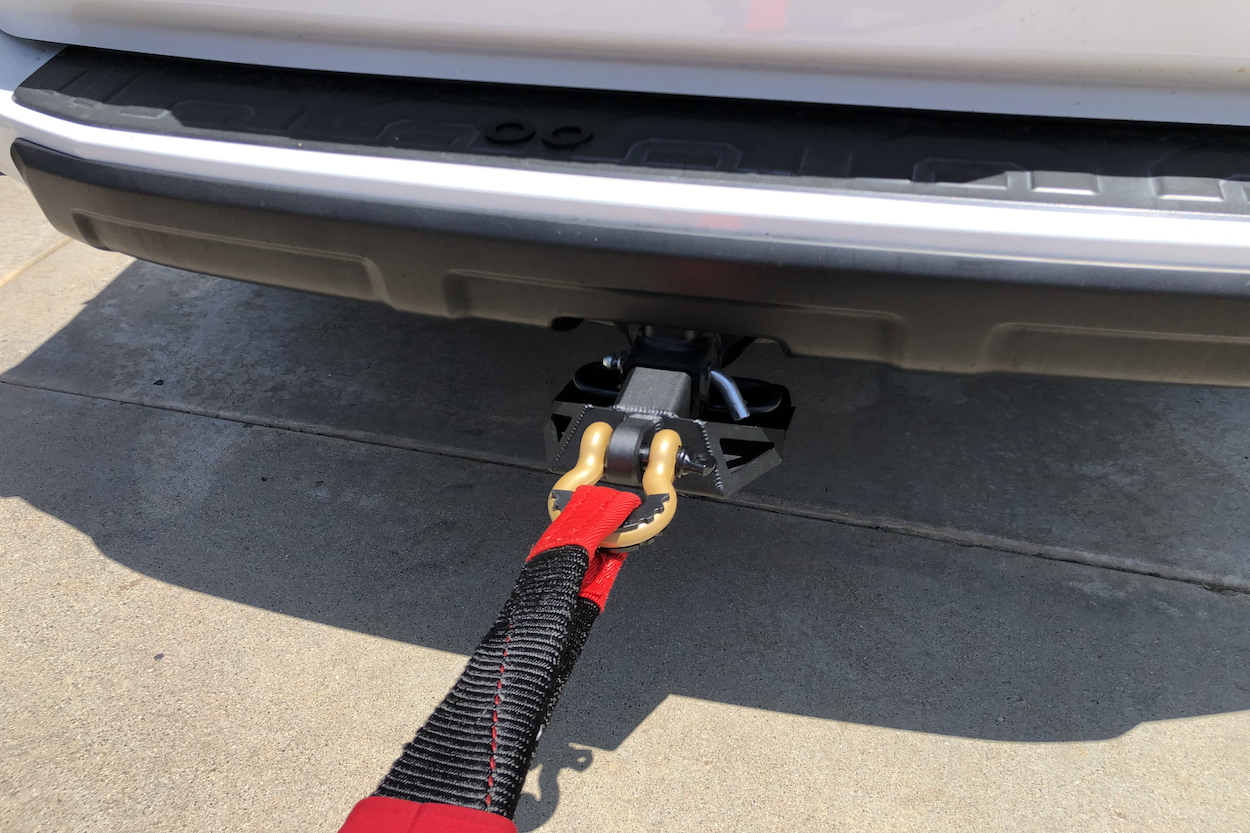 The recovery point (D-Ring) is CNC machined from a single piece of 1” thick steel and then fully welded to the top portion of the skid plate. It will take a shackle with a minimum of 1″ opening and pin diameter up to 7/8″. 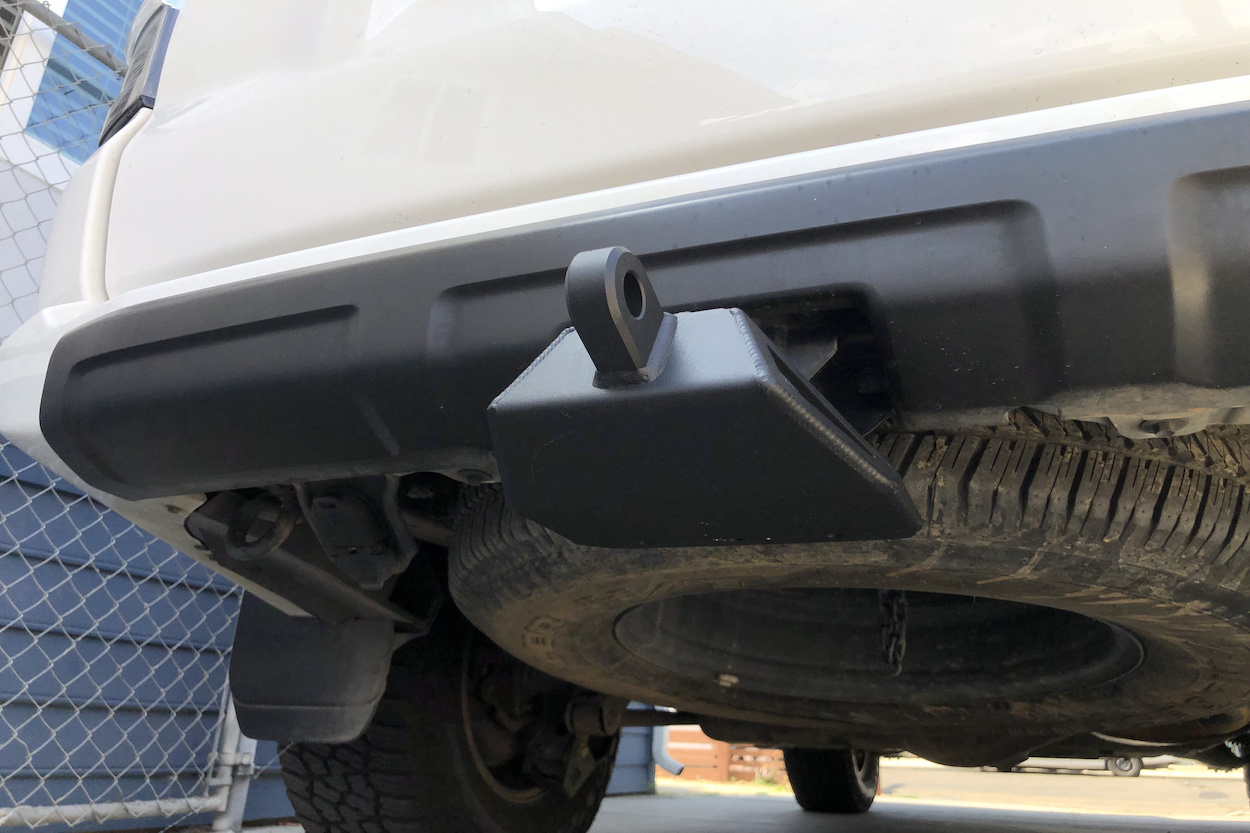 Overall, I think DRT Fabrication has made a bomber hitch skid.

At the time of writing this article, they have the best hitch skid and recovery point combo on the market. The departure angle was decreased by 2 degrees.

Down the road, I’ll likely modify it and see if I can snug it up closer to the bumper.

Hey guys, my name is Jensen and I’m from SoCal! I like working on cars, exploring the outdoors, climbing and leaving the pavement.

I discovered this right after completing a trail and scrubbing my rear bumper. Awesome product! On my list to purchase before the next outing for sure.
When I looked at my damage, the chain hooks were bent up a bit, and my fascia (I have a TRD ORP) had been pulled off, and plenty of scraping on the receiver. I think this little guy would have saved me some damage for sure!

WTF is this waste of money?

A Ghost to Most
Reply to  Tom A.