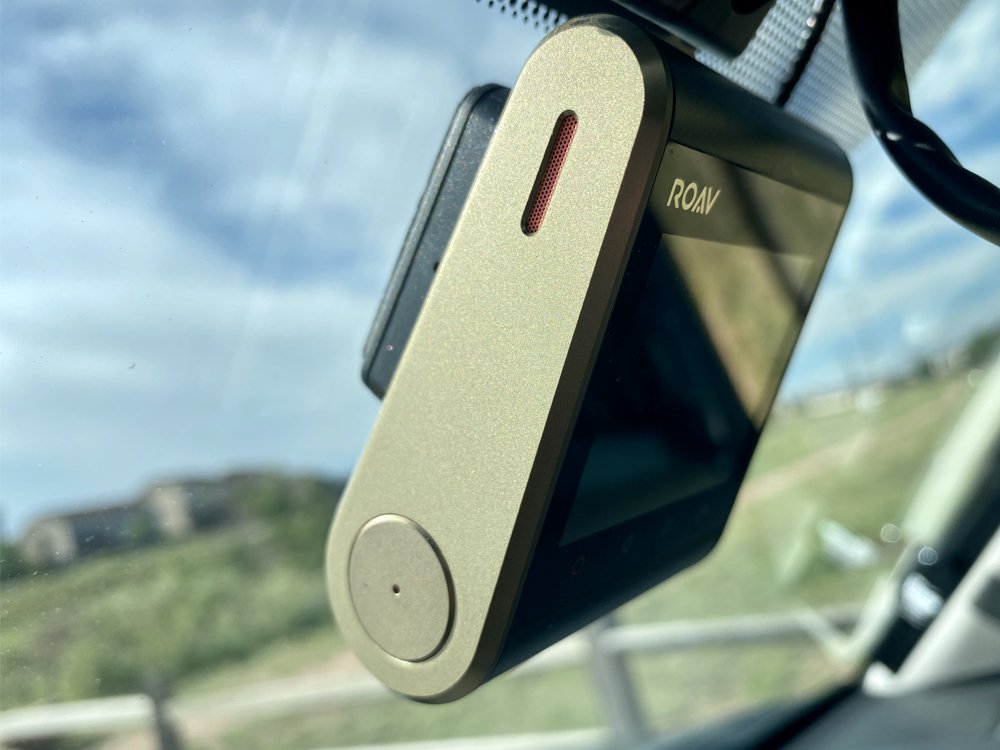 We use our 4Runners for everything—from our daily commute, errands and hauling the kids around to road trips, camping, overlanding and off-roading. If you are like me, you want to capture all those moments. What better way to do that than with a quality dashcam?

I didn’t originally set out to get a dashcam for that purpose, I got one to protect myself from other drivers on the road. I was involved in an accident, so I started researching dashboard cameras. Back then, they were not as advanced as they are now. Nowadays, dashcams can record with a wide-angle lens, in full 1080p, at night, and we can even download and share those videos to our phones, into the cloud, or on social media.

If you haven’t heard of them yet, Anker makes some of the best tech products around in my opinion. I have personally bought several of their Anker’s products including phone battery backups, wireless phone chargers, and a dashcam for every vehicle I own. I have even bought some of their products for family members because I believe in their products so much. I can personally attest to the fact that they make quality products at a reasonable price. I will be a customer of Anker for life.

Anker has a few sub-companies to break up their different business units, and one of those is ROAV. ROAV is the sub-company that is focused primarily on “smart” driving. They make after-market in-car voice assistants, smart car chargers, dashcams, and jump starter boxes.

I bought my dashcam from them back in 2017, and it is still going strong. 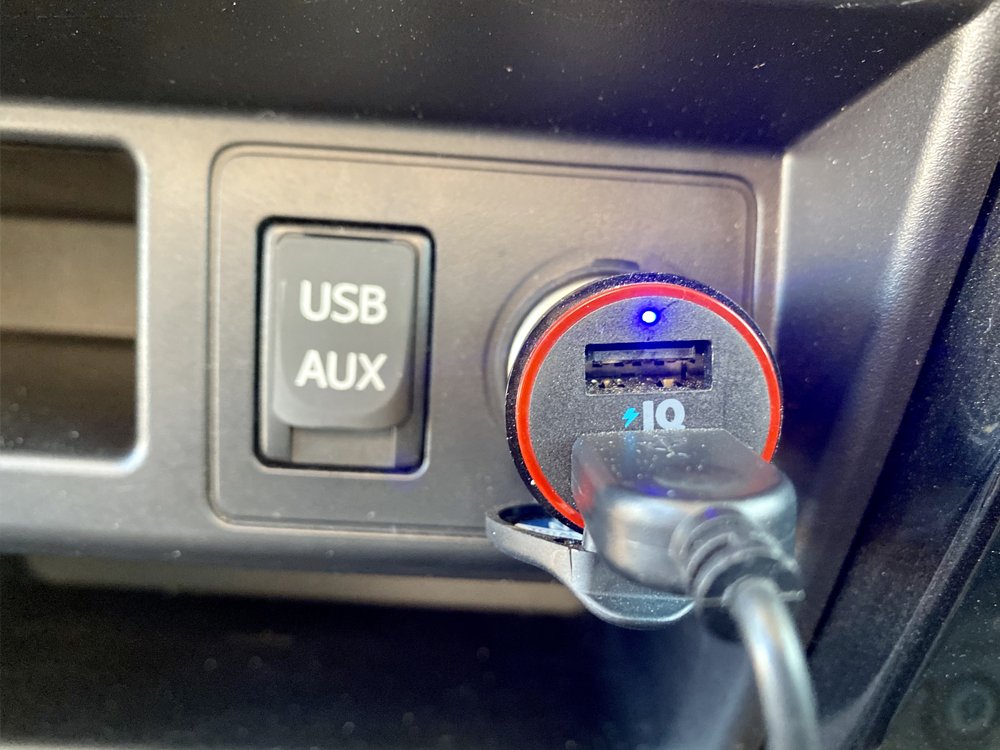 The most important features that this list really comes down to just a few very important things: The Sony Camera Lens, Accelerometer, Loop Recording, and Built-In Wifi. Keep reading for more info on each of these. 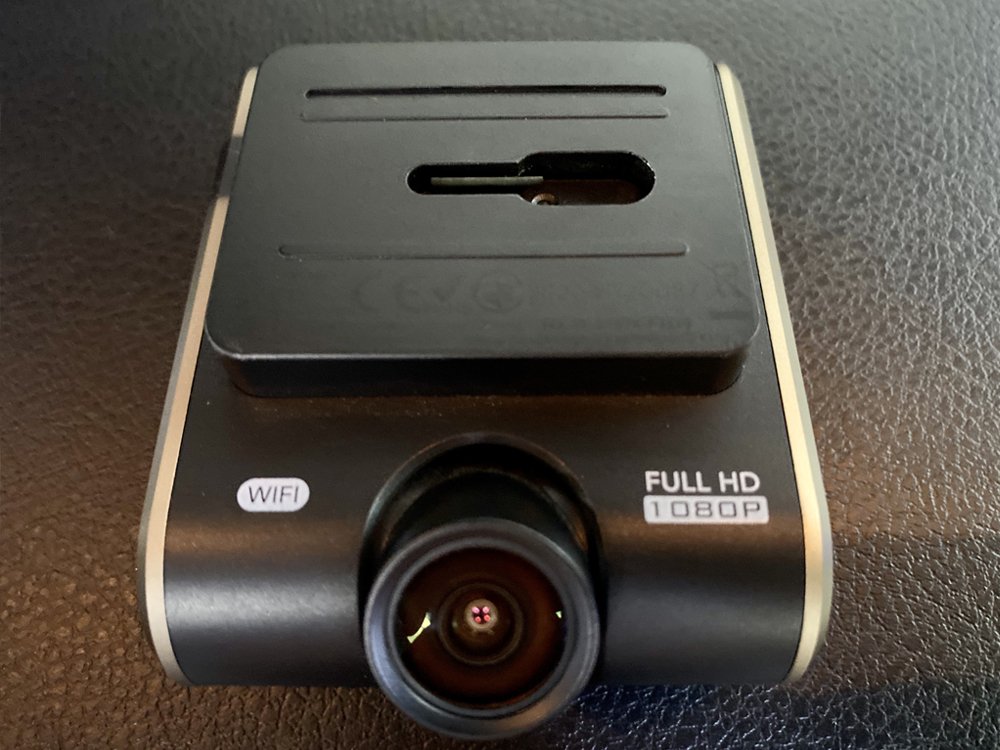 The most important thing to consider when looking for a dashcam is the camera. You can buy a cheap dashcam and call it done, but don’t you want to be able to capture the detail of what you are recording? This is a Sony sensor, which says a lot about it just in the name. Sony makes quality products, and this camera is no different.

These cameras all boast Full HD recording. They won’t record in 4K or 8K, but they are 1080p and contain plenty of detail. For those that want to have less detail to fit more on the SD Card, the resolution can be adjusted for those cases.

This camera also has HDR or High Dynamic Range, which means, according to Wikipedia:

“…a high-dynamic-range technique used in photographic imaging and films, and in ray-traced computer-generated imaging, to reproduce a greater dynamic range of luminosity than what is possible with standard digital imaging or photographic techniques.”

In other words, a higher range of color, as well as highs and lows in brightness. This camera’s ability to record in HDR means you are going to get the most accurate colors and brightness you could ask for in your recordings.

HDR is also related to the night vision that this camera offers. This thing can record at night with insane detail. If you look on the site, you can literally read license plate numbers if you are close enough to a car to read it with your eyes. So even when you are driving at night with just your headlights, you can absolutely see all the detail you would like to, and then some.

Lastly, the sensor can record multiple lanes at a time, that is since it records in a wide-angle format. That means that if you are on the highway, you can record the lane you are in, as well as one and a half of the other lanes to the left and right. That is enough to see all of the sights, as well as protect you in the case of a motor vehicle incident.

Overall, the cameras that Anker/ROAV is putting into their dashcams are top-notch. You won’t be disappointed, regardless of the amount that you spend on one. 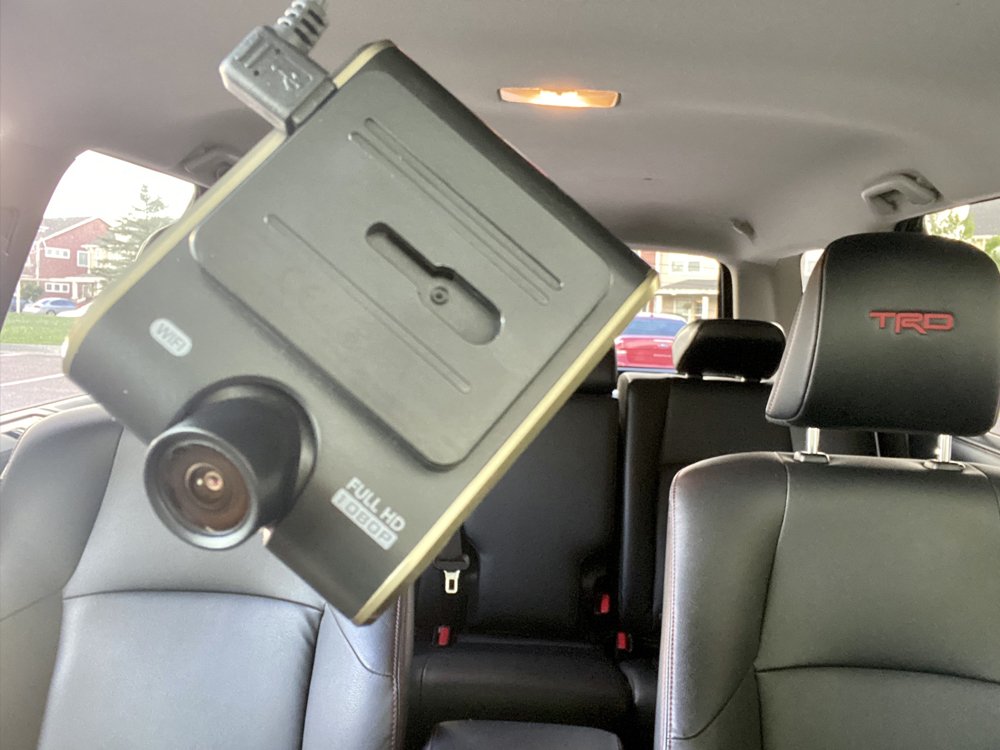 I tried my best to rank the importance of these in order of importance. Which is why the accelerometer is next on the list. The intention of the accelerometer is to tell the camera to begin recording if it senses movement. This is especially important if you are buying one for the purpose of protecting yourself from other drivers.

Either way, this protects you as a driver, as the camera has a battery built-in that will allow it to turn on, even if it does not have power.

Initially, I was not going to give this its own section, but I think it is equally important as any. If you always have your camera in your vehicle and turned on, you do not want to lack the ability to have loop-recording on.

What this does is it allows you to continuously record on your SD Card without it ever becoming full. This is a good thing because if you are waiting for the card to become full and then taking it out every time it does to format it, that would destroy one of the functions the camera boasts so much about.

Instead of having to format your card every time it becomes full, the camera will automatically record over the oldest footage on the card. If you do not like that idea, then I would recommend buying the largest card that the camera can support or lowering the resolution the camera records in. Either option will allow you to keep more footage.

The other option you have is downloading the footage at each rest-stop or fill-up that you make from the previous few hours of your trip. Since the dashcam has built-in wifi, with an easy to use the phone app, it makes it very simple. 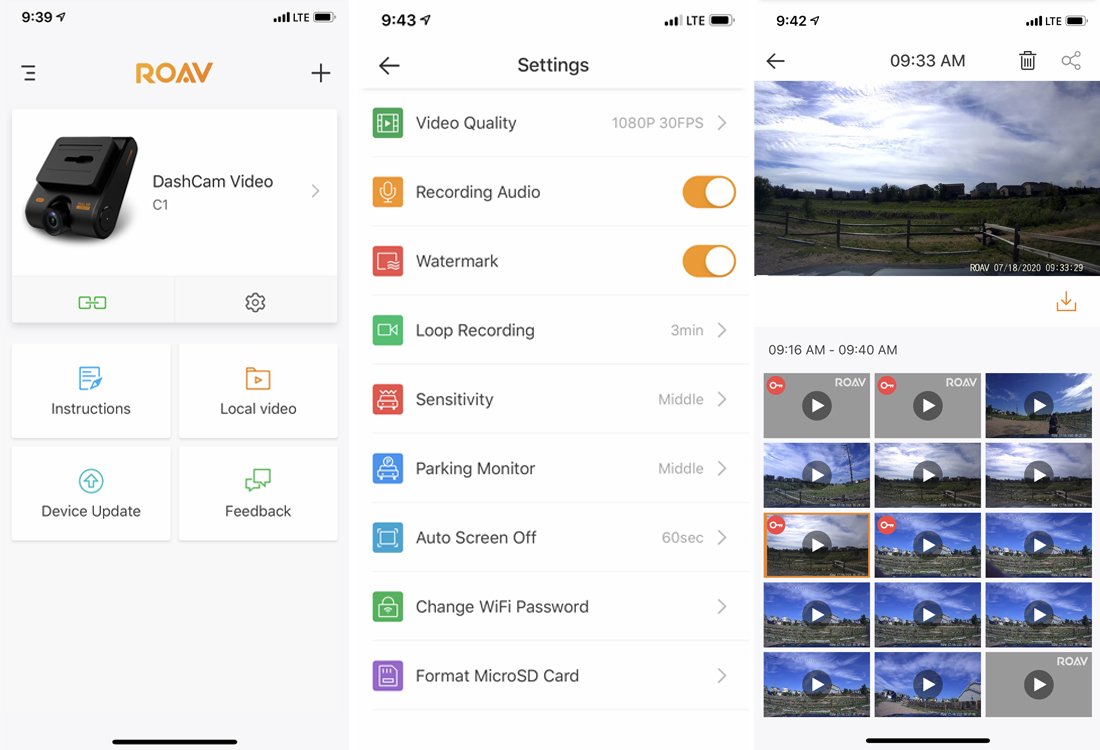 Last, but certainly not least, is the fact that this camera has built-in wifi and has an easy-to-use app that makes downloading and sharing videos effortless.

When I say wifi, I mean that when you turn on the feature within the camera, it creates a Wifi hotspot for you to connect to. Once connected via your cell phone, you open the ROAV app on your phone and you have access to everything on the SD Card, and you are wire-free. It is recommended that you keep your vehicle on when connected to avoid the dashcam from shutting off. But it is totally worth it.

The App is available on iPhone and Android, and it can be downloaded below:

First off, I should state that this app can connect to any of the ROAV Dashcams that have wifi connectivity. I have two different types in my vehicles, and I have had success with both.

Other Features On the App

In addition to the ability to download videos, the app features other things. One of the things I love the most is that you can change the settings on the camera. This is especially helpful, since using the buttons on the camera itself can be a total pain in the ass. What I mean by settings is the Audio Recording, the ROAV Watermark, Driving Collision Detection, Parking Monitor, Auto Screen Shutoff, and Changing the Wifi Password, just to name a few.

You also can also check for updated firmware for the camera and download it via your LTE Signal. If you do not want to do that, the downloads and instructions are available on the ROAV website, along with instructions on how to update the camera with your computer instead. Anker sent me an email to my Amazon email when they have released the firmware update each time though. 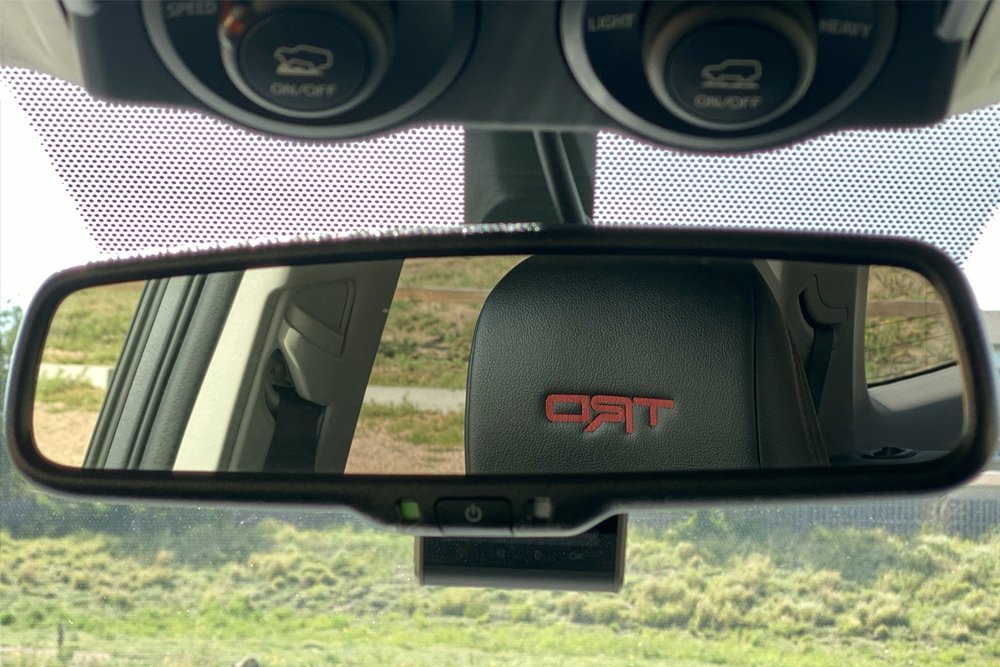 Overall, the ROAV Dashcams are very capable devices, loaded with tons of features. There is also an awesome app and it is backed up by a great company.

My experience with Anker and ROAV has been nothing but exceptional, and I have had no issues whatsoever. The only thing that you may notice if you look at the reviews online are pictures of the screen popping out from the battery expansion. When this began happening, Anker contacted me to let me know that there was a potential battery expansion issue with the cameras. They sent me a free replacement, with a shipping label to send the old one back.

My understanding is that the initial camera that they made (Dashcam C1) was the only camera to do this, as they did not allow enough room for the battery to expand and contract. They have since corrected the issue and said that if I ever have the issue to contact them via email for a free replacement, even if it is outside of their 1-year warranty.

All in all, the cameras are solid, easy to install, and easy to use.

Hi, my name is Joe and I live in Colorful Colorado. I’ve wanted a 4Runner since I was a kid. I am a tech geek, console gamer, husband, and father to Peanut, my Basenji/Terrier Mix.

Do you recommend the A1 or the S1? Do you have to pay a monthly service for the WiFi and recording?

Apologies for the late reply to this.

As far as the A1 vs. S1, I would recommend going to ROAV’s site (linked in the article) and compare to see what you are looking for. One of the things I like about the S1 is it sits flush with the windshield. But, most of the features are about the same.

As far as WiFi and GPS, there is no fee to pay, as everything is saved to a micro SD Card. The WiFi is used in conjunction with the phone App, and you can then download videos to your phone.

Looking at your install (and a few others), are there any ways to hard-wire this setup into the fuse box? I’ve seen it done on a few other models using a wiring kit so it will automatically power up when the vehicle is turned on and it also eliminates wires going to somewhere in your center console.

I appreciate the complement!

I’ve installed these cameras in all of my vehicles over the years, and have done installs for family and friends as well. I’m planning to write up an install article soon on how I install them, which may help you with your decision. The way I do it, there won’t be any wires visible, except the ends of the wires plugging into the camera and DC Charge Port (see the above photos).

Now, at least in the 5th Gen 4Runner, the DC Charge Port doesn’t have power unless the vehicle is turned on. The camera will automatically power on once you start the vehicle.

As for other makes and models; I’ve owned several vehicles over the years and they have all been different. Right now, my wife’s daily driver requires you to plug in and unplug the camera manually.

The good news is, that since it has an accelerometer in it, the camera turns on when the car is shaken by even the slightest movement. That includes just opening the door and sitting in the vehicle. Any time the camera is kicks on, it makes an audible tone, which is a good reminder to plug it in! If you don’t plug it in, it will record for one minute, then shut off. Then as you’re driving it will kick back on and make the audible tone again to remind you to plug it in.

Hope that helps you with your research!

I would love to see a how to video on how you install this. Once you do that, I’ll buy one for sure.

Thanks for the write up.

I’m planning to do a write up for the install, posted to the site. Stay tuned!