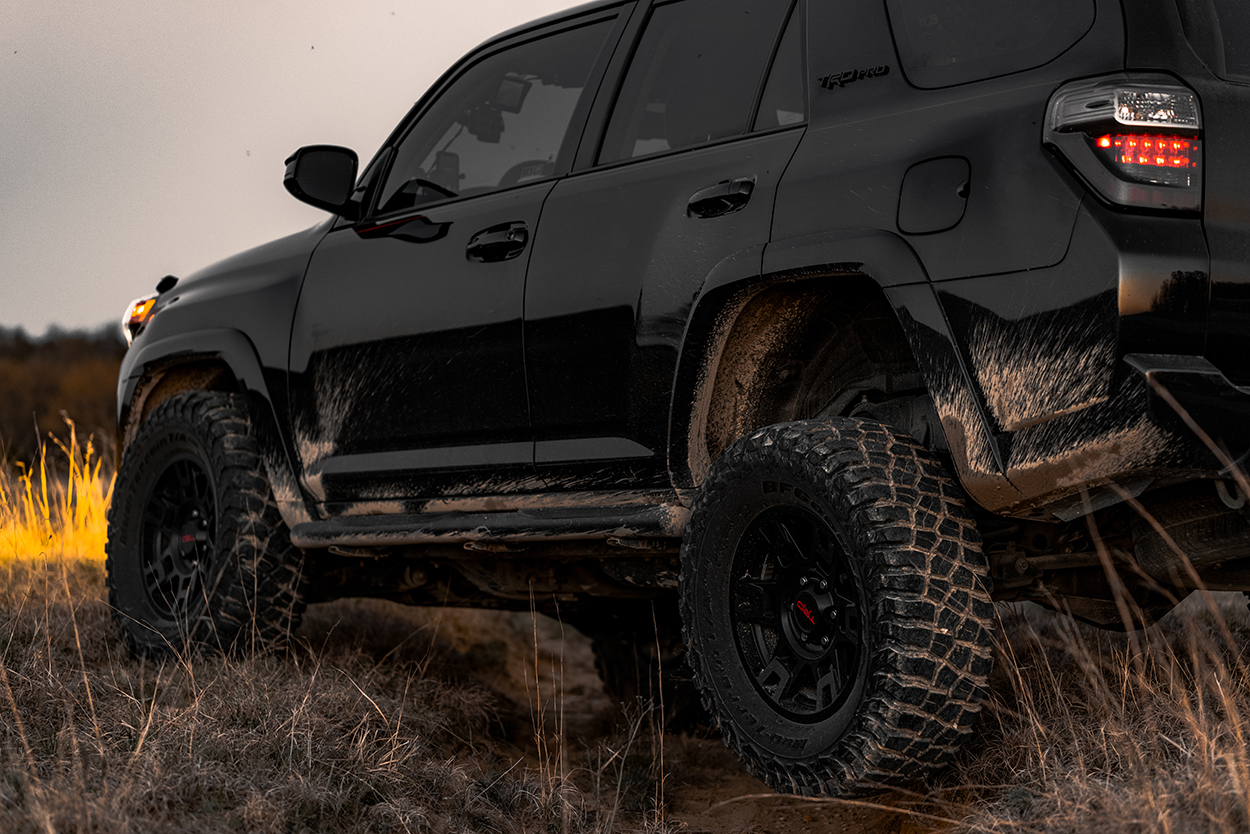 Tires not only contribute heavily to a vehicle’s aesthetics, but they’re what keeps us planted & going on roads or trails. That’s why picking the right tire for your needs can be one of the best modifications done to any vehicle as I quickly learned that the stock A/T Nitto tires which came with my 4Runner simply did not meet most of my needs or expectations.

That being said everyone’s priorities will differ when shopping for tires but my priority focused on selecting a tire with a tough sidewall to resist punctures and good off road traction. So the stiffer E-Load and chunky KM3 Mud Terrains from BFGoodrich were my choice.

I drive a lot annually so putting miles on these tires to test their metal wasn’t too hard, and thanks to the crazy year known as 2020 I was even able to test out their performance in a variety of terrains. Now let’s see how these Mud Terrains held up after 31k miles and counting. 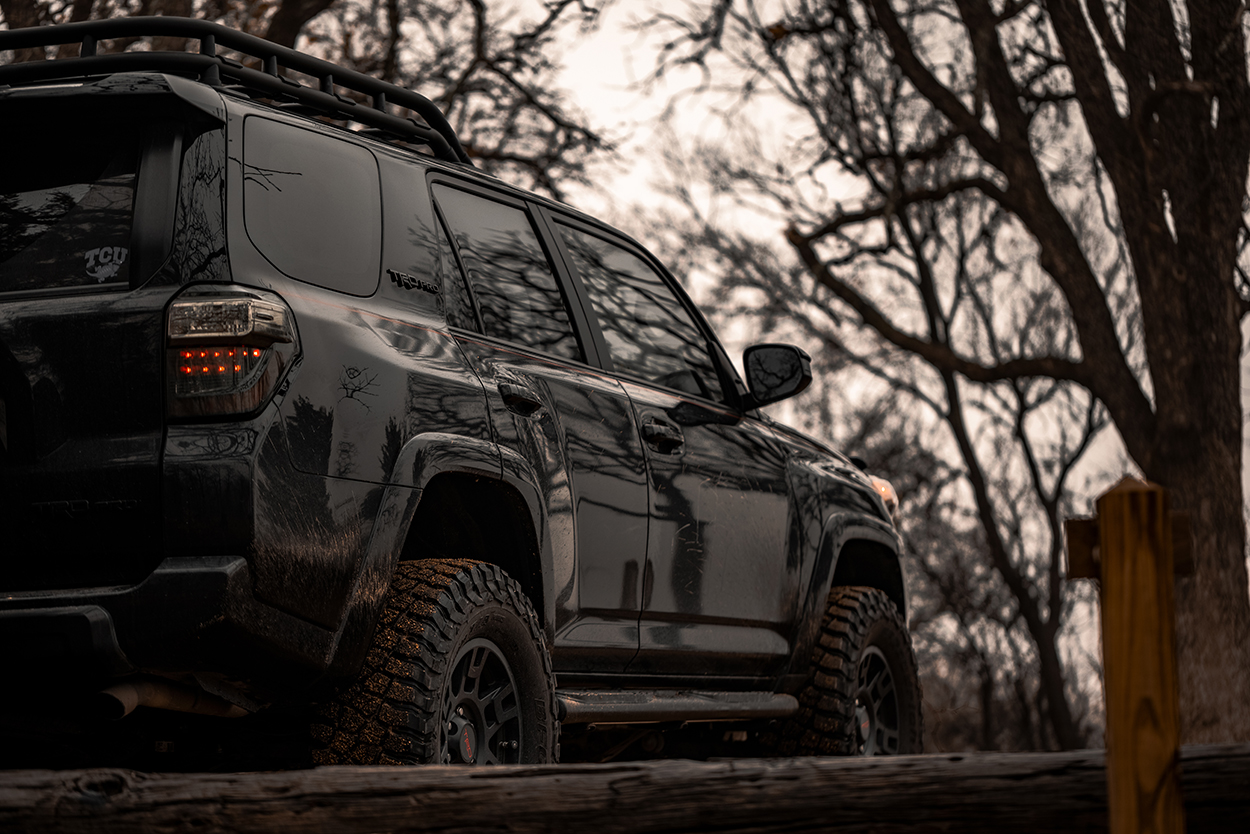 Exceptionally quiet when new! In fact, they were quieter than my stock AT Nittos.

Even at highway speeds of 80mph they were not nearly as bad as people lead me to believe an aggressive mud tire would be. They weren’t deafening to me or that annoying in all honestly, but I also play my music pretty loud so that may be why. However, after 21k miles with tire rotations every 3k-4k miles the KM3s just suddenly ramped up in road noise.

I did notice some cupping starting to form on the tread which explains the increase in tire noise, but this is a common problem for all mud tires in general due to the nature of an MT. This being said, I haven’t had any passengers complain or even mention the tire noise and 2 of these people are my parents who can be quite particular.

All in all, there will be road noise and if you’re fine with turning up the tunes or able to tune out a constant hum then it really isn’t that bad. At least for the last 31k miles I’ve had with the KM3s. 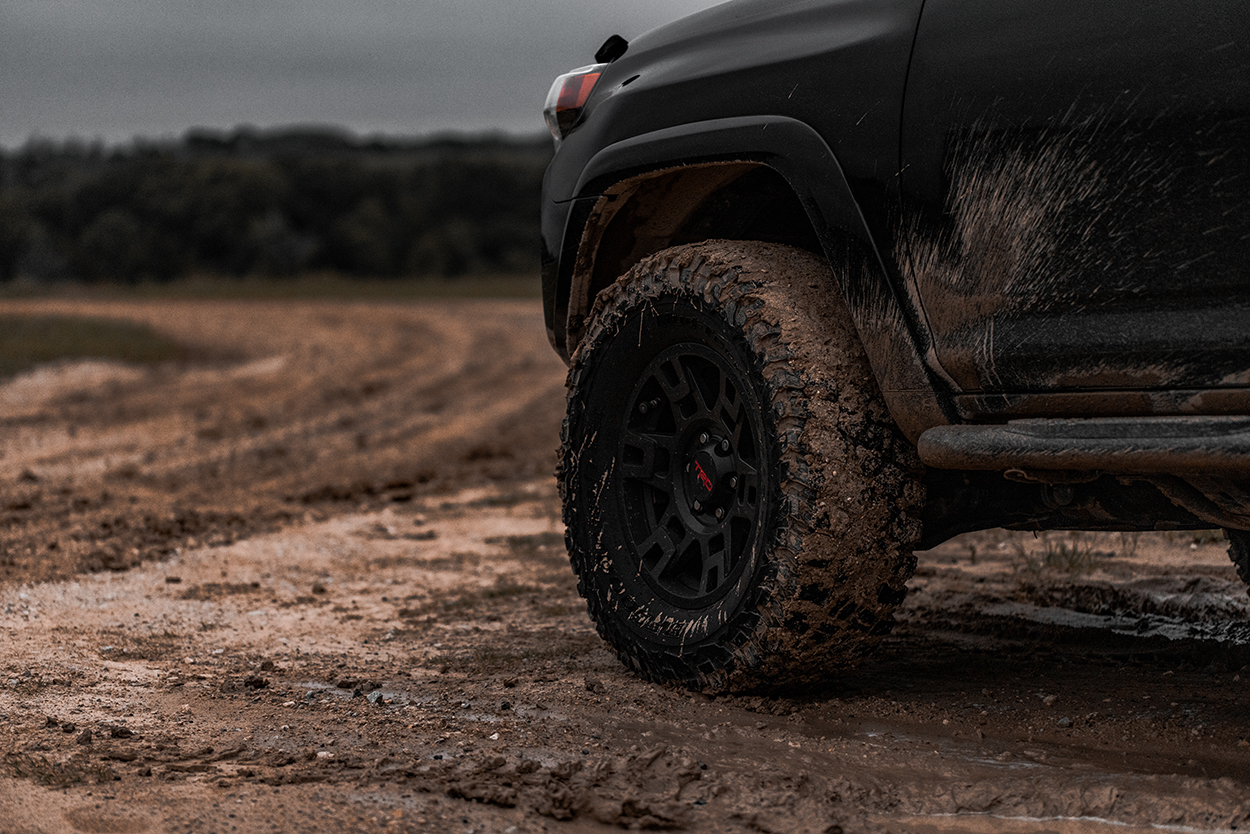 Not much of a crawler but I can say when aired down the KM3s love gripping everything! And that’s not always a great thing as the aggressive shoulder treads of the KM3s can cause it to jerk the steering wheel one way if it happens to find a lot of traction on one side. But since most of the stuff I drive through is gravel, water, and mud it is absolutely amazing given that you can feel the tires grabbing the terrain and pulling your forward with those chunky tread blocks. Overall I have not yet been stuck once with the KM3s and they have performed spectacularly both on and off road. 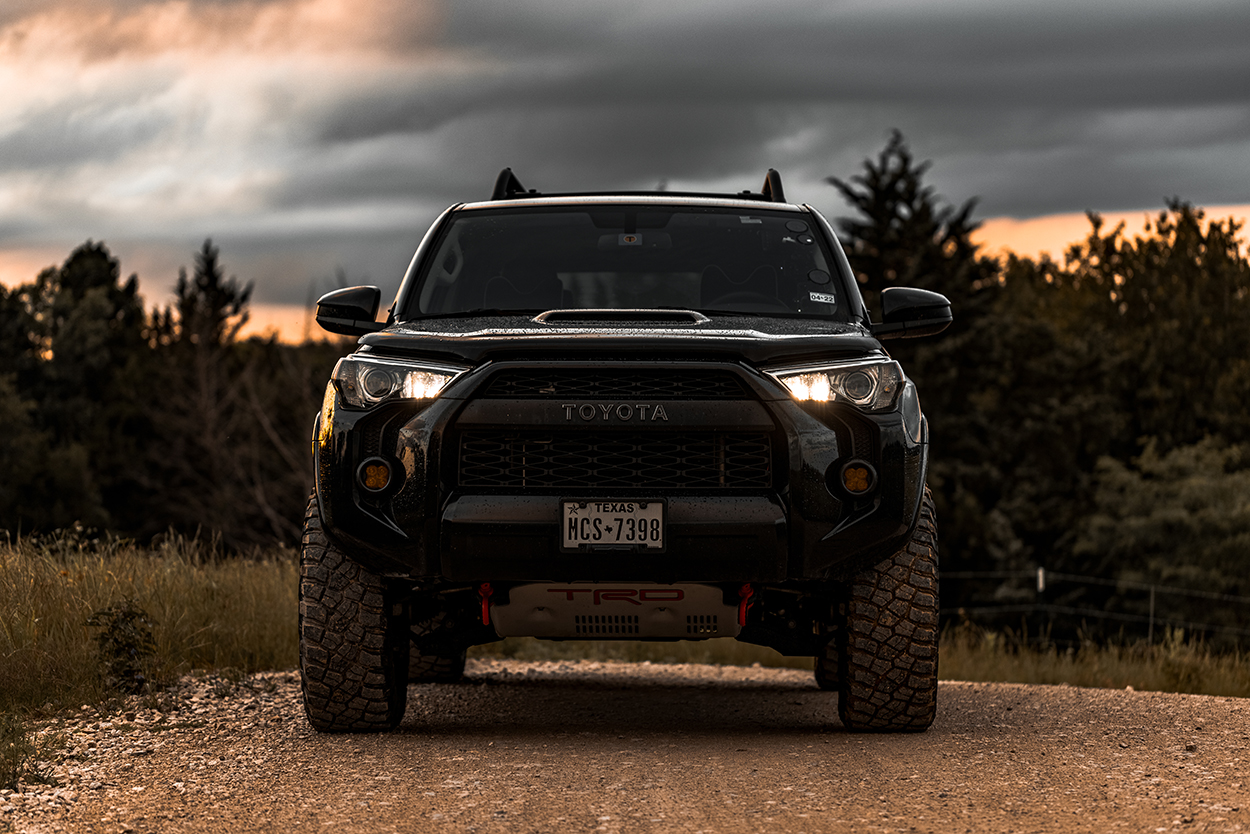 Honestly not much to say other than that if you’re sensitive to vibrations then you’re probably going to feel the spaces between the tread lugs at lower speeds. You get used to it and I didn’t notice it anymore after a few days of driving so it’s not a big deal for me. The softer rubber compound of MT tires gives a better grip, better than AT tires in dry conditions as that soft rubber lets the tire grip the road a lot better. However, that soft rubber becomes a problem when the temperature drops which I’ll talk about next. 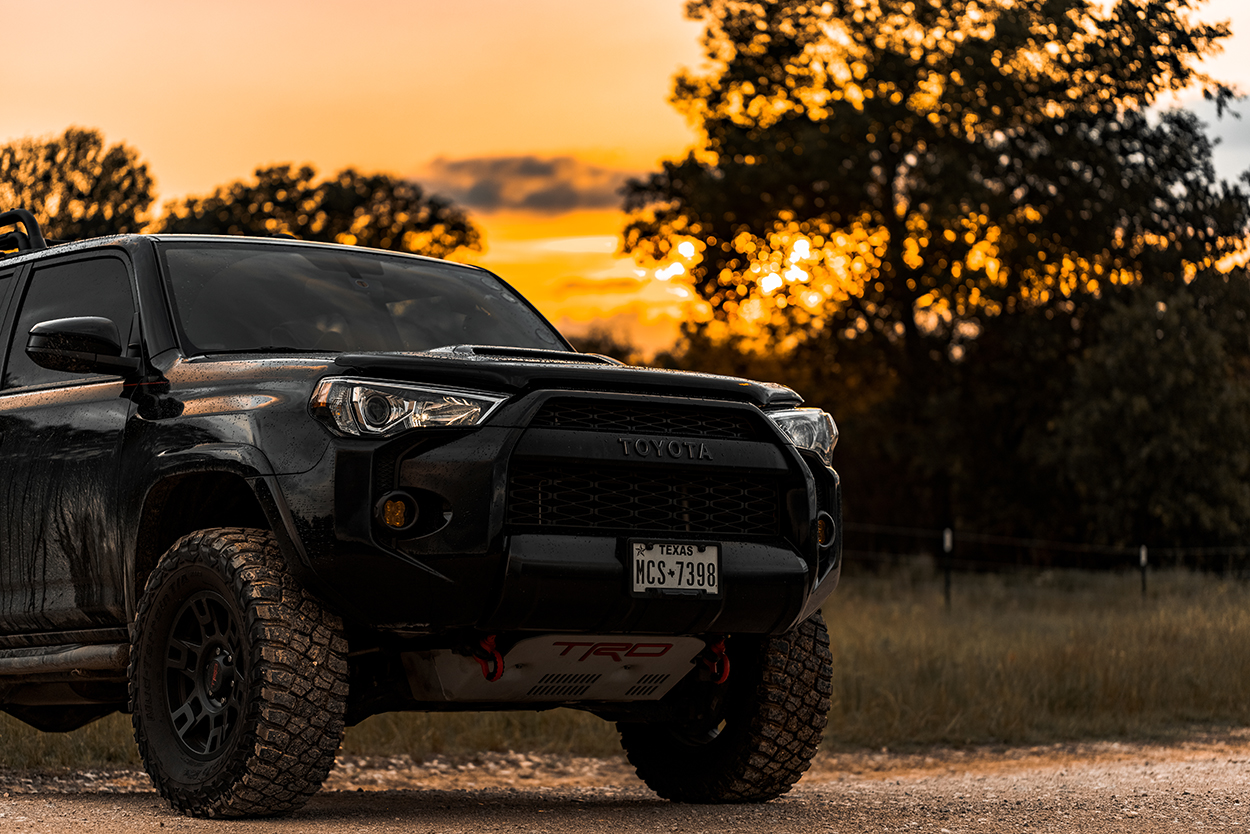 Never thought I’d be able to give any kind of input in this category given that I live in Texas but when the Snowpocalypse hit Texas I was able to put the KM3s to the test on both snow and ice. I’ll straight up say they suck on ice but anything outside of dedicated snow tires and chains will also suck so it’s not a surprising result. MTs just don’t perform well when compared to AT tires in winter conditions as the cold can cause the soft rubber compound to harden and not conform as easily to the road to provide the necessary traction.

The snow was quite interesting as in the thinner stuff the KM3s struggled as it felt more like I was driving on ice or hydroplaning on every turn if I drove over 5-8mph. But when I got into the thicker stuff I could drive like the snow wasn’t even there! It most likely had to do with how the tread is designed to scoop up mud and push you forward, so in deeper snow the MT tread is able to do to the snow what it would normally do to mud. I just had to keep in mind that the softer compound and lack of any sipping on the tread made winter driving on and off road quite interesting, but I faired much better than many other drivers on the road that winter. The lesson learned was that MTs aren’t great for winter or the severe cold, but they’ll do just fine as long as you’re not lacking in common sense. No tire can help ya there. 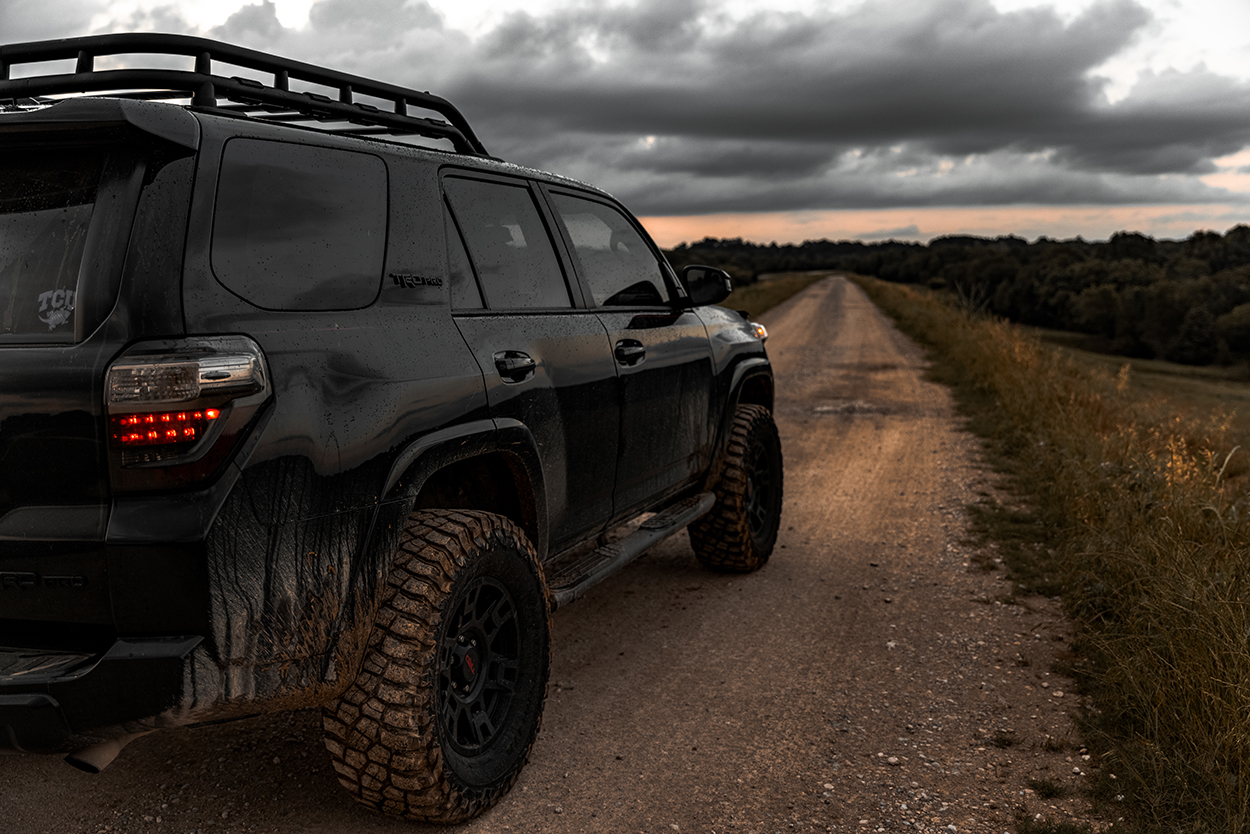 It rains a lot here in Texas and after the snow storm we had a fair bit of run off as well.

My previous stock Nittos were absolutely horrid when it rained and would break traction at every chance even when I tried to be careful. I’m happy to say that the wet handling of the KM3s have yet to let me down after a year with them on my daily. They do hydroplane more easily due to the lack of sipping but it really isn’t as bad as you would think it’d be. I can 100% say that I feel more confident taking a corner hard at 20mph in the rain with the KM3s than with my stock AT Nittos. Mainly because the Nittos would lose traction when I take a turn at low speed if the road is at all wet which is very odd because the Nittos have a ton of sipping on their tread. Either way, the KM3s won’t disappoint when it comes to wet handling for an MT tire. 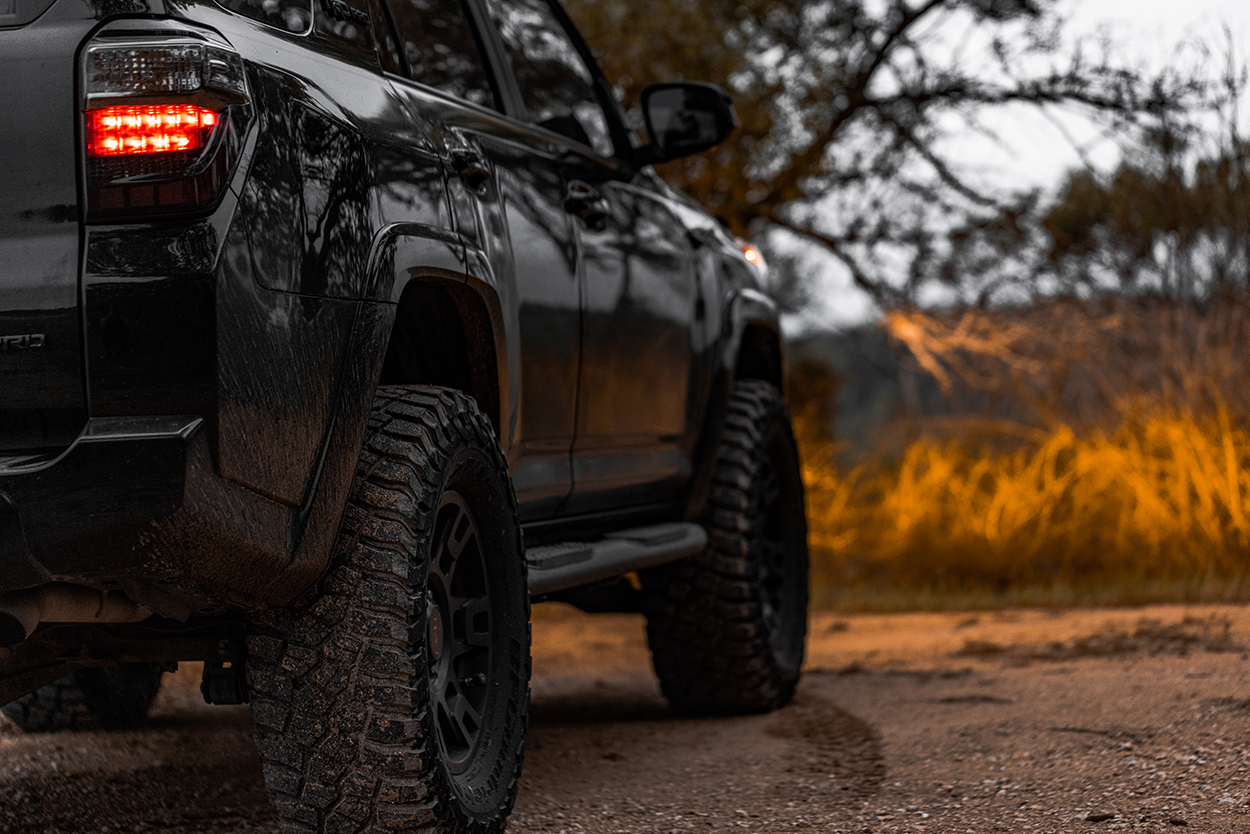 I went up in tire size and got the E Load KM3 so the tire was almost 13lbs heavier per tire than the stock Nittos. This greatly increased the rolling resistance the 4Runner had to overcome in order for it to start moving thus the power took a big hit from the heavy tires. That being said many say to avoid E Load because the stiffer sidewalls cause an increase in ride quality harshness which I would respond with by saying my bum was perfectly fine after driving for 8hrs straight on E Load tires to get to Colorado and through Rocky Mountain National Park.

Adjusting the PSI in the tires can greatly help with comfort as well so if ride quality is a major concern like during long trips I just drop the PSI by 1-2 and check on the tires often since I already frequently stop at gas stations on trips due to my abysmal mpg. The main gripe I have with the KM3s is that because the tread blocks are spaced significantly apart in order to prevent mud from packing you can occasionally feel the chunky treads flexing at lower speed and especially on turns as the shoulders also have treads so it may give some strange feedback in the steering wheel. 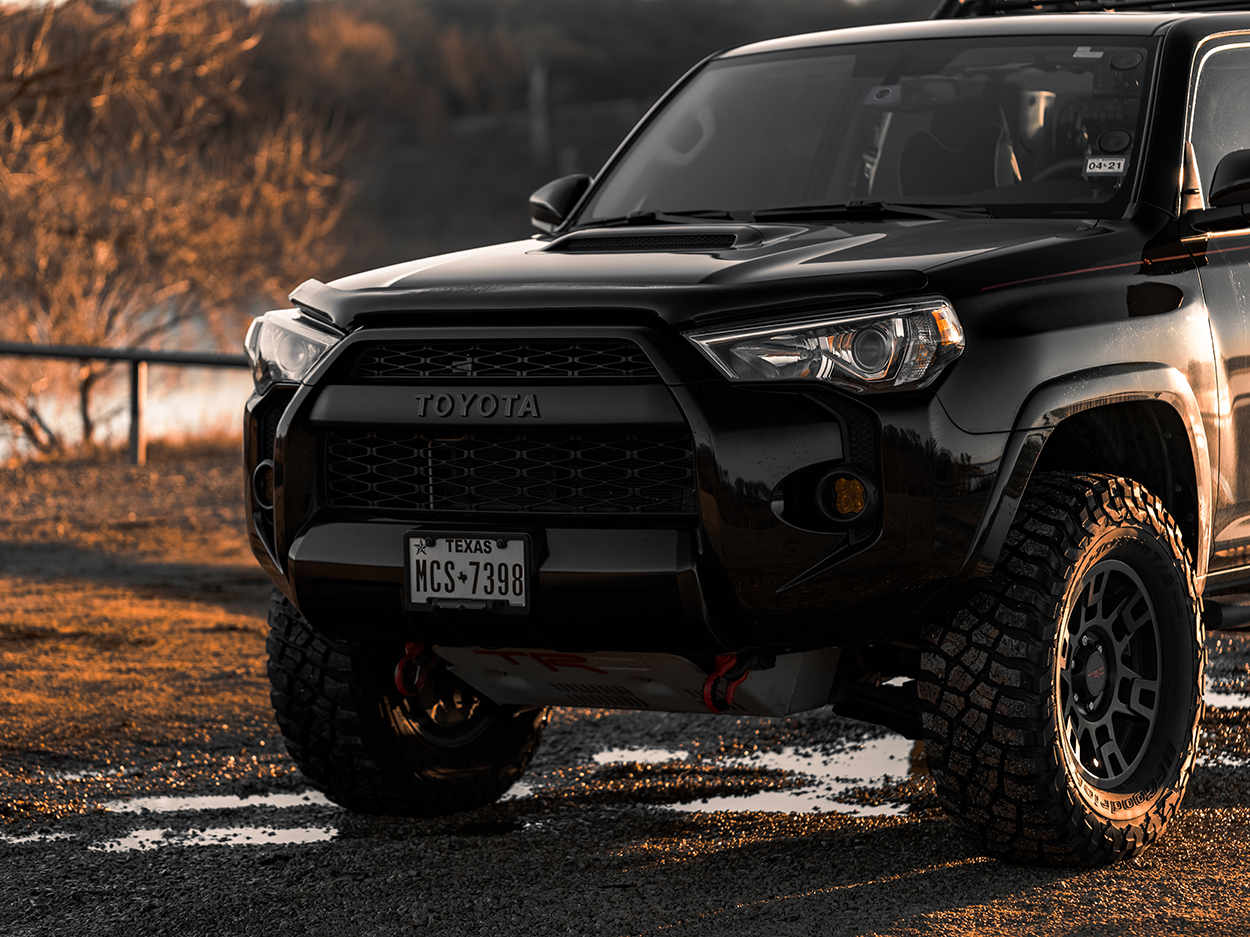 The reinforced sidewalls also make them stiffer but it also makes the one weak point on all tires a bit less vulnerable to damage. For example, a chunk of concrete the size of my head suddenly fell off a dump truck and collided with my rear tire’s sidewall at 45mph.

Amazingly the only damage was some sidewall scuffing which I scrubbed off. I was dumbfounded as I thought I had just destroyed my wheel and fender but not only did the KM3s survive basically unscathed it also protected my vehicle by pushing the concrete block away from the 4Runner as if it was just another piece of gravel.

The KM3 may use a softer rubber compound as compared to AT tires but they are harder when compared to other MTs so they do have a fairly good amount of tread life as long as they’re rotated frequently to ensure even tread wear. My KM3s with 31k miles still have a little under half tread left on them so I could easily get another 10k-15k out of them before I’d say they’d done and need replacing. Just have to keep an eye on any uneven wear and cupping as once those get out of hand I will have to replace them regardless of how much tread is left due to the performance hit it would cause and the insane amount of noise that would result from severe cupping. 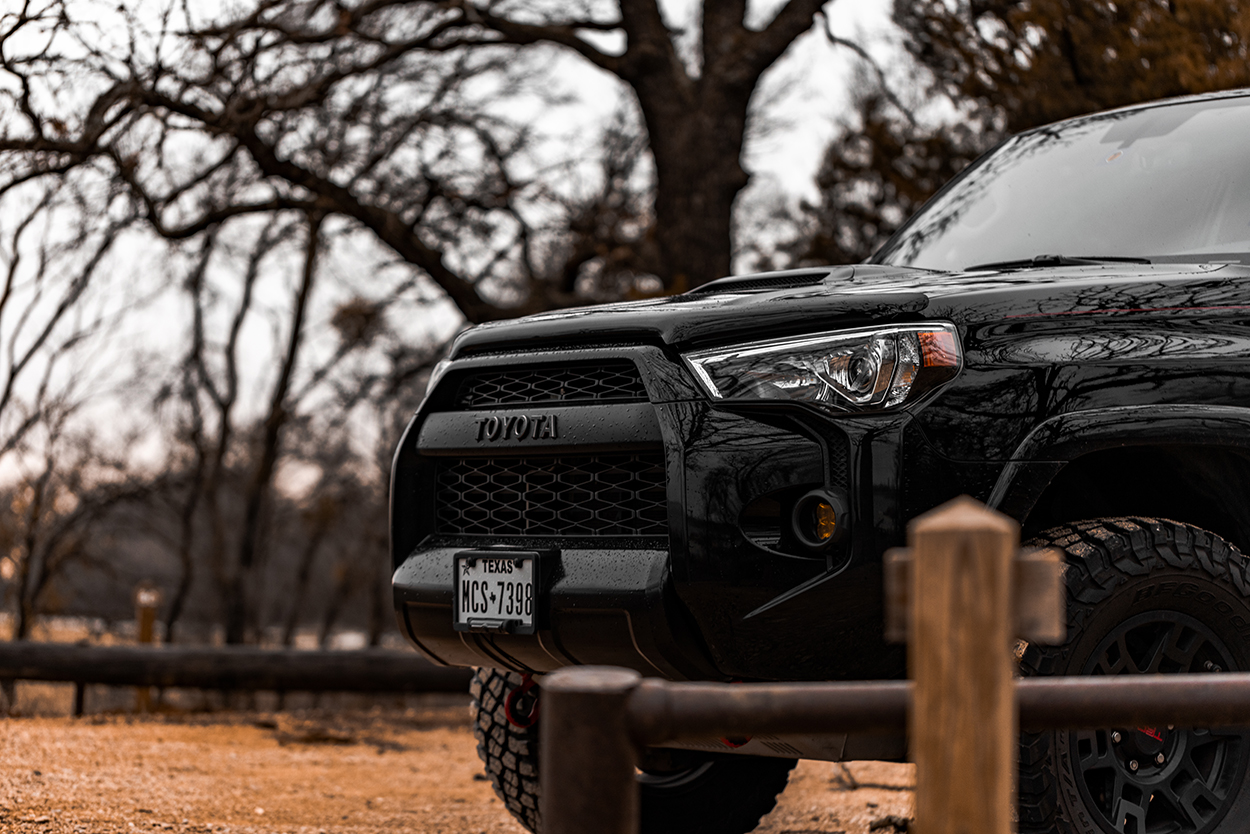 I mean, it’s a 4Runner so mpg wasn’t great to start with anyway. But my heavy KM3s, throttle controller, and lead foot dropped my mpg faster than I did after blowing my acl on a trampoline. I went from an average mpg of 17-18.5 to 13-14 and I do not use the mpg gauge on the dash but utilize an app to help me calculate the mpg at the pump.

I’ve tracked almost 50k miles worth of mpg data and there’s a noticeable drop in the mpg line graph after I got the KM3s installed. The reason for the mpg hit, other than my foot, is the rolling resistance I mentioned earlier. It takes more work from the engine to get the 4Runner moving than before so it results in more gas having to be used to just get it rolling from a dead stop so this is why if you drive a lot of city miles you will experience a big drop in mpg. Thankfully there is a fix to this and that is regearing as it will change the power band back to how it looked with stock tires, meaning it will bring the low-end torque back to the 4Runner and get that city mpg back up.

An avid writer, photography enthusiast, & a total stats nerd. Dabbled in design & 3D printing as well as obsesses over clean wire management from my days building PCs. Ain't no stranger to medicine, it's my profession which comes in handy on long trips both On and Off road. Finding knowledge & sharing it is just what I do & whether that be about places or technical info I'm always up for some food for thought.

Nice writeup and review, Minh. Pulling the trigger on some 295 KM3’s for the 4Runner.

So when or have you had it regeared and who did you go with for the regearing? Looking at that isn the near future as my next big investment. Thanks for the article. I don’t have the KO3 but I am running the KO2s and so far, their reputation is holding fast.